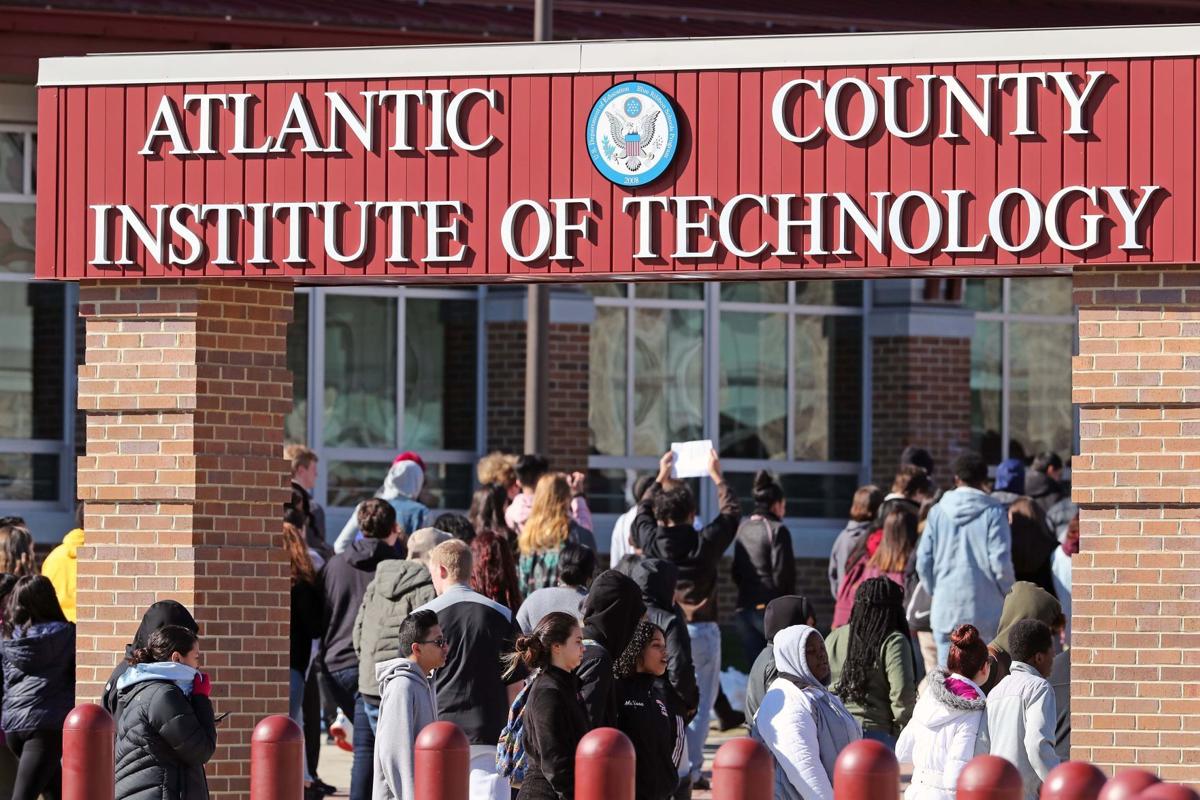 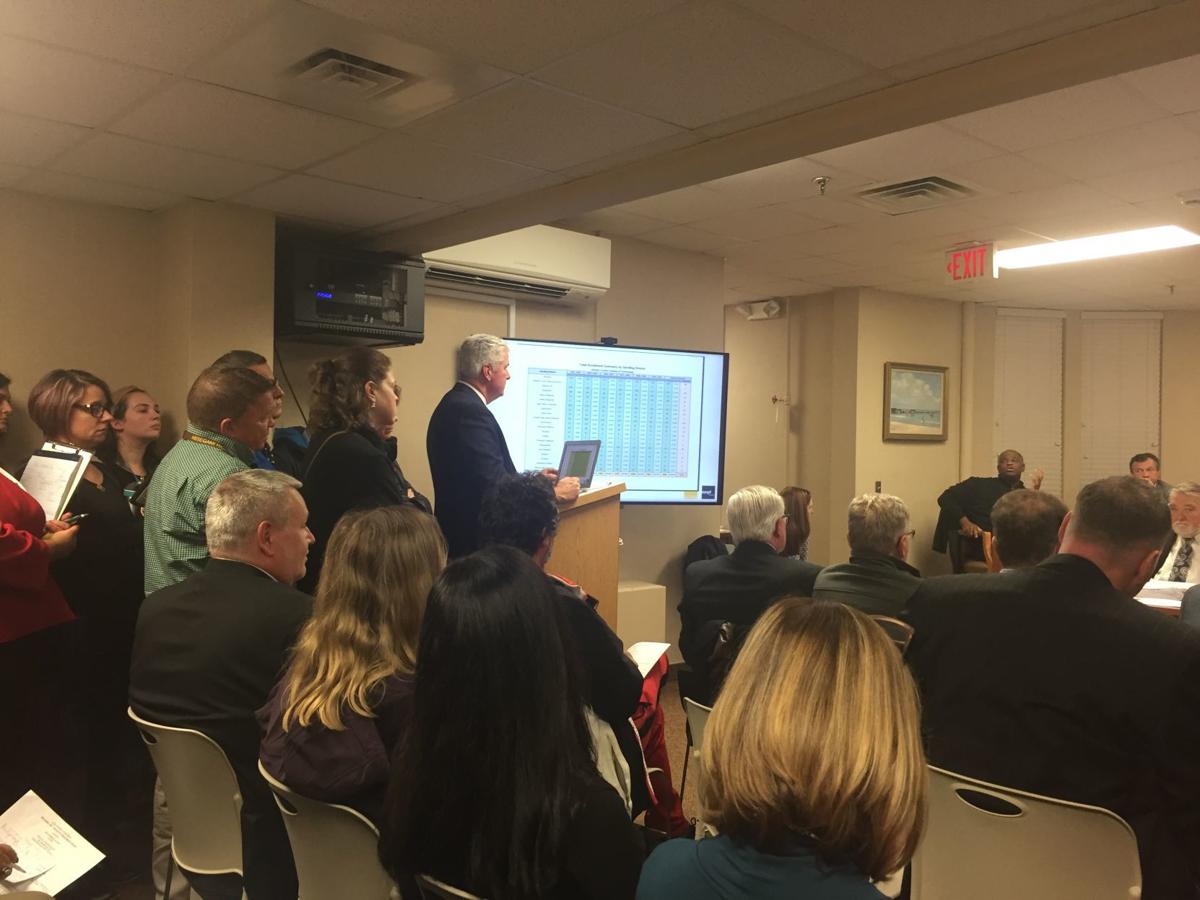 NORTHFIELD — Freeholders are encouraging educators to collaborate to find ways of improving options for all high school students in the county, after voting Tuesday to support the Atlantic County Institute of Technology in its quest for a state expansion grant of up to $40 million.

The vote came after a heated two-hour discussion in which dozens of teachers and school board members from across the county said the technical school’s continued expansion is “bleeding” their districts of funding and students.

They asked the freeholder board to slow the process and do more research before supporting the grant application.

As many readers know, in 2013, under the leadership of County Executive Dennis Levinson, Atl…

“I do not know where the rush came for this resolution,” Greater Egg Harbor Regional High School District Superintendent John Keenan said. “You have not discussed this in (the education) committee, to my knowledge. ... Can we slow down and have a dialog? That means a two-way conversation.”

For more than two years, Keenan has been lobbying ACIT to slow its expansion, critical of the more than $4 million a year his district pays in tuition and transportation costs to the vocational school each year while making cuts to programs and staffing in his district.

This year, Keenan began lobbying other school districts in the county to his cause. Both the Pleasantville and Egg Harbor Township school boards also unanimously passed resolutions asking for a halt to ACIT’s expansion.

In a statement, Egg Harbor Township Superintendent Kim Gruccio said the statewide referendum providing the funds for a possible expansion of ACIT was voted down by residents of Atlantic County.

“In Atlantic County, ACIT continues to expand year after year without consideration or consultation of the adverse educational and financial effects on the remaining constituent Atlantic County school districts or any restrictions on its taxpayer-funded budget increases,” Gruccio said, adding the township demands full participation in reviewing any expansion plans.

The vote by Freeholders was six in favor and two abstentions, with Democrats Ashley Bennett and Caren Fitzpatrick first failing in an attempt to table the resolution, then abstaining on the vote. Freeholder James Bertino was absent.

“I’m not against expansion of programs for kids at ACIT,” Bennett said Wednesday. “What I am concerned about is how that is going to negatively impact the other school districts.”

Bennett said she hopes a strategic plan will be developed by superintendents and the county freeholders, to determine how to best serve all the county’s students.

ACIT Superintendent Phil Guenther said the school needs to expand to meet student needs. It gets about 1,000 applications for about 500 slots each year, and this year will likely get even more.

Now, it has a chance to apply for a grant from the state Department of Education, funded by passage of a ballot question in 2018, Guenther said.

Guenther said the conceptual plans for the grant would increase enrollment from 1,661 today to 2,130. The expansion would include addition of a 127,000-square-foot multipurpose building between the two there now, and some additions to the main building of 17,500 square feet.

The referendum made $275 million available for technical school expansion, of a total $500 million in educational investment that includes funding for community colleges and lead abatement in schools. All 21 counties in New Jersey are likely to seek some of the funding, Guenther said.

It’s a 75% grant, Guenther said, with counties asked to provide a 25% investment. He called it a once-in-a-lifetime opportunity for funding.

“At some point, we will be back and ask for the county to provide the 25% match, for whatever the final cost is.”

Several in the audience said the vote shouldn’t happen until the cost of the 25% match is known.

“We all agree ACIT provides cutting-edge programming,” said Freeholder Caren Fitzpatrick. “But our population is declining. We don’t have the population to warrant another high school.”

While the county population has declined, demand to attend ACIT has increased, Guenther said.

Freeholder Ernest Coursey, who represents Pleasantville and parts of Atlantic City and Egg Harbor Township, said it would be foolish not to apply for funds.

“If we don’t apply, someone else will,” Coursey said. “I’m still hoping at the end of the day districts will get together and try to keep students in district.”

DENNIS TOWNSHIP — About 580 township residents didn’t have power for over an hour Wednesday morning after a tree branch fell.

As a young child taken from her home in Puerto Rico, thrust into a foreign culture and an abusive home life, Sarai Rivera-Huertas found solace…

MAYS LANDING — Gov. Phil Murphy was supposed to swear in re-elected Democrat Freeholder Ernest Coursey on Tuesday but got stuck dealing with s…

Pleasantville schools can't use increase in surplus to pay off deficit

PLEASANTVILLE — After a financially tumultuous two years, the Pleasantville School District generated an additional $1.6 million above its bud…

Expansion of free college, infusion of hundreds of millions more into K-12 education and more shared services are just some of the educational…

MAYS LANDING — The Atlantic County Institute of Technology is moving forward with plans for a $53.5 million expansion that hinges on the count…