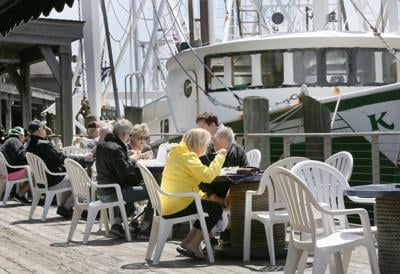 EDITOR’S NOTE: The following article is from the June issue of Flavor, the Press of Atlantic City’s magazine showcasing the food and drink scene in South Jersey. To get Flavor delivered to your home click here.

Europeans have cornered the market on outdoor dining. As soon as the weather warms, tables beckon people to sit, drink, eat and enjoy whatever comes their way.

Because necessity mothered invention, restaurants at the Jersey Shore offered al fresco dining all last summer. As a result, visitors and locals alike discovered the pandemic’s silver lining. Eating outside — whether on a deck, a dock, a schooner or under a tent — offered its own brand of magic.

“Americans finally discovered outdoor dining last year, and it was good,” says Angela Diamantis, who hails from Greece and is co-owner of Sofia in Margate. “Eating outdoors is right up our alley. As soon as the weather gets warm, Greeks eat outside all summer long.

“Last year, people enjoyed the good weather, the fresh air,” continues Diamantis. “They watched the sun set. They felt safe, and they really enjoyed themselves. This year, we’re looking forward to recreating the outside areas for the people who want it.”

A deck on the restaurant’s second floor seats 30 and is festooned with flowers and fountains. A tent, which Diamantis is ordering again this summer, offers seating for 80 to 100 people. Potted flowers — in a riot of pinks, purples, reds and yellows — brings a Mediterranean ambience to the space. And shades shield the sun to keep temperatures cool.

“The restaurant has a great atmosphere,” says Diamantis, who credits her sister, co-owner Sofia Papastamelos, for her artful touches. “We wanted to create just as beautiful an atmosphere outdoors. When Sofia gets involved, things step up.”

Greek fare is the Sofia trademark. The restaurant is known for its fresh fish, including Branzino and octopus, as well as Greek salads and Mediterranean dips. Spanakopita, a savory spinach pie with feta cheese wrapped in phyllo dough, is a house specialty, as well as musaka, a layered meat and eggplant dish, topped with Bechamel and baked in the oven.

“You have to adapt to your situation,” says Jackson of the pandemic. “If you can’t adapt to the times, you’re not going to stay in business long. You have to reinvent yourself to make it.”

Kelsey’s offered a tent, with lights and palm trees, to create a Caribbean vibe; 60 people were seated comfortably. Tables with umbrellas offered seating for another 40.

What Jackson learned is people actually want to dine outside.

“If you go to different cities, like Philly and New York, outdoor dining is big,” says Jackson. “When we got the OK to offer outdoor seating, it was a big help. And from day one, it seemed there was a line to get in every single day.”

Kelsey’s No. 1 seller is fried chicken, with shrimp and grits running a slow second.

“It doesn’t matter if we have stuffed shrimp, stuffed lobster or blackened salmon and shrimp over angel hair pasta with a Cajun cream sauce,” says Jackson. “People want what’s on our regular menu, and that’s the fried chicken.”

This summer, Kelsey’s is offering indoor dining, as well as outdoor service—something he hadn’t considered before the pandemic.

“The whole situation opened a new way of seeing things for me,” says Jackson.

Dining on the deck is one of the reasons people go to Two Mile Landing Restaurants and Marina in Wildwood Crest. The property boasts 500 feet of waterfront dining, an asset during the pandemic last summer.

“We got really lucky,” says Lori Lane, general manager. “We have considerable outdoor space to accommodate our customers.”

“We had to move a lot of tables to make sure every table was 6 feet apart from every table in every direction,” says Lane, noting moving the tables was one of the more labor-intensive parts of last summer. “That’s a feat when you have a property of this size.”

Two eateries are on the bay front: Two Mile Landing Restaurant, a fine dining establishment, which was closed last year to accommodate the additional seating needs of patrons; and the Crab House, which features all-you-can-eat crabs, the No. 1 seller.

“Coming here is an experience,” says Lane, noting people were eager to dine outdoors on the decks last summer. “There’s a massive view of the bay, and boats are out there crabbing right before your eyes.”

Live music, a tiki bar and garlands of lights invite people to sit, drink and enjoy the Crab House fare. While the seafood combo, the snow crabs and scallops from Cape May are popular, the place is known for its crabs. Picnic tables are lined with paper, and the crabs are served on trays. The crustaceans can be cooked with Old Bay or steamed with garlic and served with garlic butter.

On any given day or night, you might hear the hammering of crab claws, the slurping of raw oysters or the crunch of fries and crisp calamari. Those sounds, plus the birds, boats and bay, make eating at Two Mile Landing a memorable occasion.

“When people go on vacation, they come to their favorite places,” says Lane. “Our customers are very loyal, and they were excited to have someplace to go. It’s all about the memories.”

If you go to Cape May’s Lobster House, you might just see the restaurant’s commercial boat hauling in scallops. That alone authenticates the experience of eating on the Lobster House’s dock or schooner, which together can accommodate about 200 people, says owner Keith Laudeman.

Like Two Mile Landing, the Lobster House had considerable outdoor space at its disposal when the pandemic forced owners to transform their eateries.

“We were extremely lucky,” says Laudeman. “A lot of people had to change things up, put seats out in a parking lot or rent a tent. We didn’t have to.”

The Lobster House is situated on a dock right off Cape May Harbor, and it’s a perfect location to enjoy all the things dining outside affords, says Laudeman.

“People like to see the boats going by and watch us unload the scallops,” he says. “Most of the area is shaded, so it doesn’t get too hot, and it’s cooler by the water. Except on extremely hot days, it’s rather nice down here.”

As the name suggests, you can have lobster and all manner of seafood. Its raw bar showcases clams and oysters on a half shell, as well as cooked fare, including oysters Rockefeller, chilled crab claws and steamed clams.

Charles Soreth, chef and co-owner of Tennessee Avenue Beer Hall in Atlantic City, has a large outdoor space that fits 20 picnic benches, a stage for live music, an outdoor bar, a fire pit and a tent, which is kept open year-round. The total outdoor seating capacity is 175 people.

The eatery is known for its high-end bar food, including burgers and fish sandwiches.

While the restaurant didn’t have to reconfigure its setup to accommodate outdoor dining, Soreth believes the pandemic encouraged him to think a bit differently about food.

In January, the beer hall hosted a pop-up barbecue event that featured ribs, pork, sausage and smoked chicken. All the food was sold out by 3:30 p.m. Soreth wants to build on that and will offer three styles of barbecue this summer.

One option is Texas barbecue; the meat is cooked low and slow, often with different rubs and sauces on the side. Another style is Carolina barbecue, which predominately showcases pork, with vinegar-based sauces that create a tang on the tongue. And the third is Asian barbecue; the sauces are savory and sweet, with a little heat to keep your mouth in a state of surprise.

Soreth bought a smoker for the restaurant and is eager to offer these menu additions this summer.

“We’re excited to keep growing and to keep people happy,” says Soreth. “We like offering the food our customers want.”

And the outdoor dining to which they’re accustomed.

For the sixth straight year, we at The Press of Atlantic City are proud to bring you this year's outstanding high school leaders.

ATLANTIC CITY — The circus came to town Monday and set up shop off the Boardwalk for a summer stint of shows starting July 1.

ABSECON — A Canada goose’s brain is smaller than its pile of droppings, but the ubiquitous bird is no dummy.

WILDWOOD CREST – Leonard Mbah of Buffalo, New York, seemed to be having more fun than his two young daughters at the new splash park at Sunrise Park.

PLEASANTVILLE — Nine Pleasantville students are doing something this year that not many others have done: graduating high school with a colleg…

Authorities are investigating after skeletal remains were discovered this week in Galloway Township, the Atlantic County Prosecutor’s Office s… 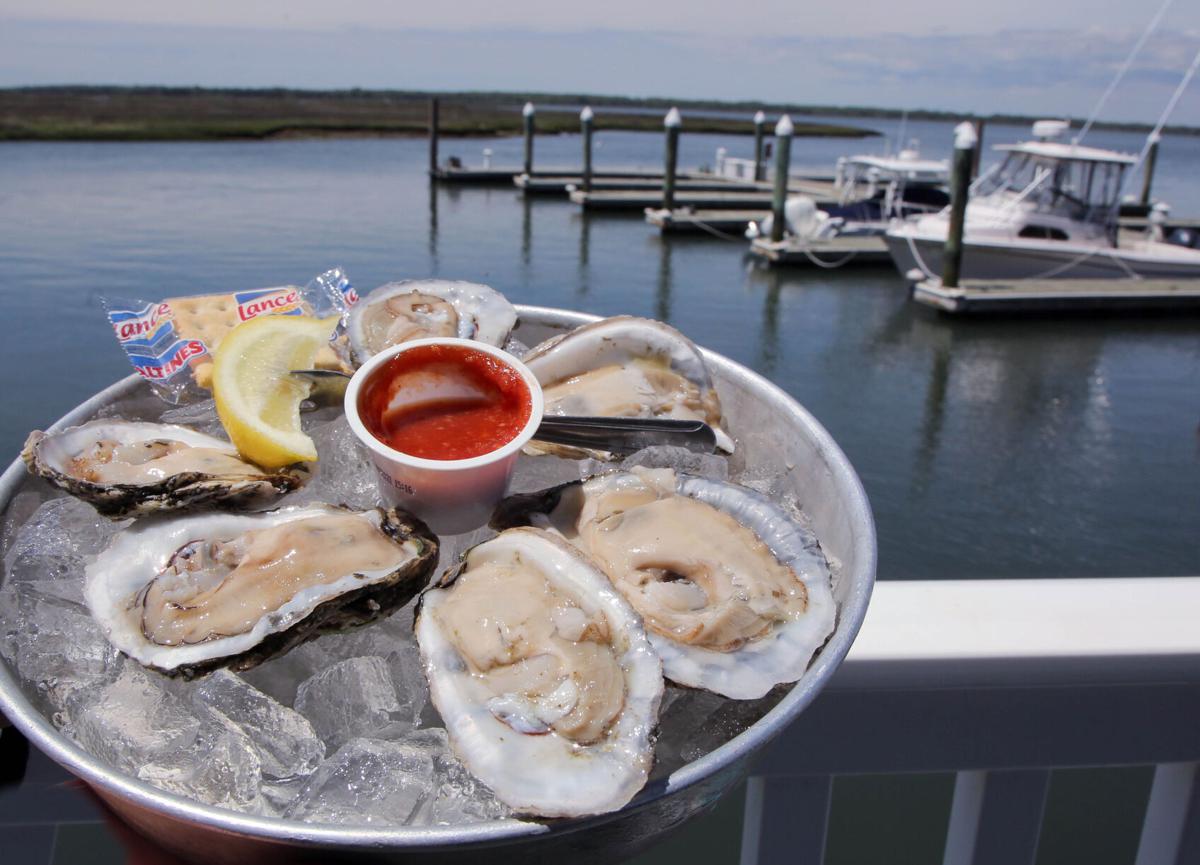 Oysters on the half shell are among one of the many seafood options on the menu at Two Mile Landing. 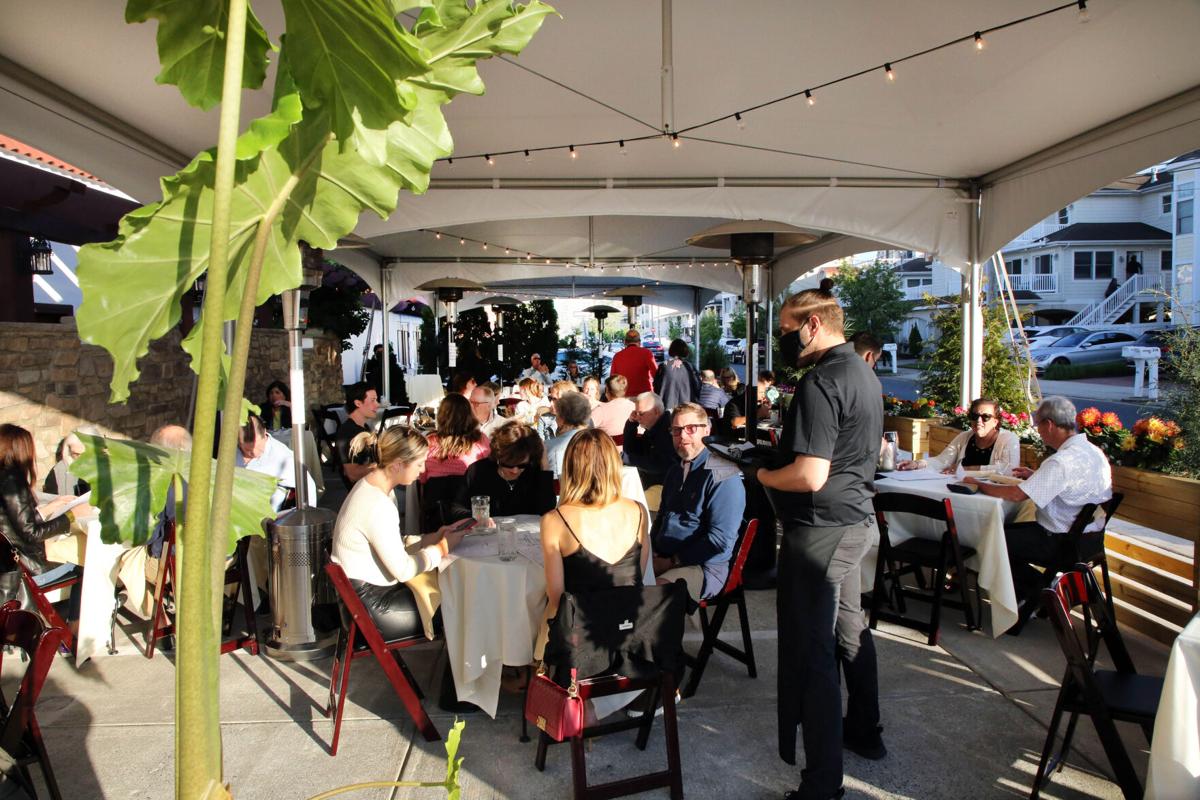 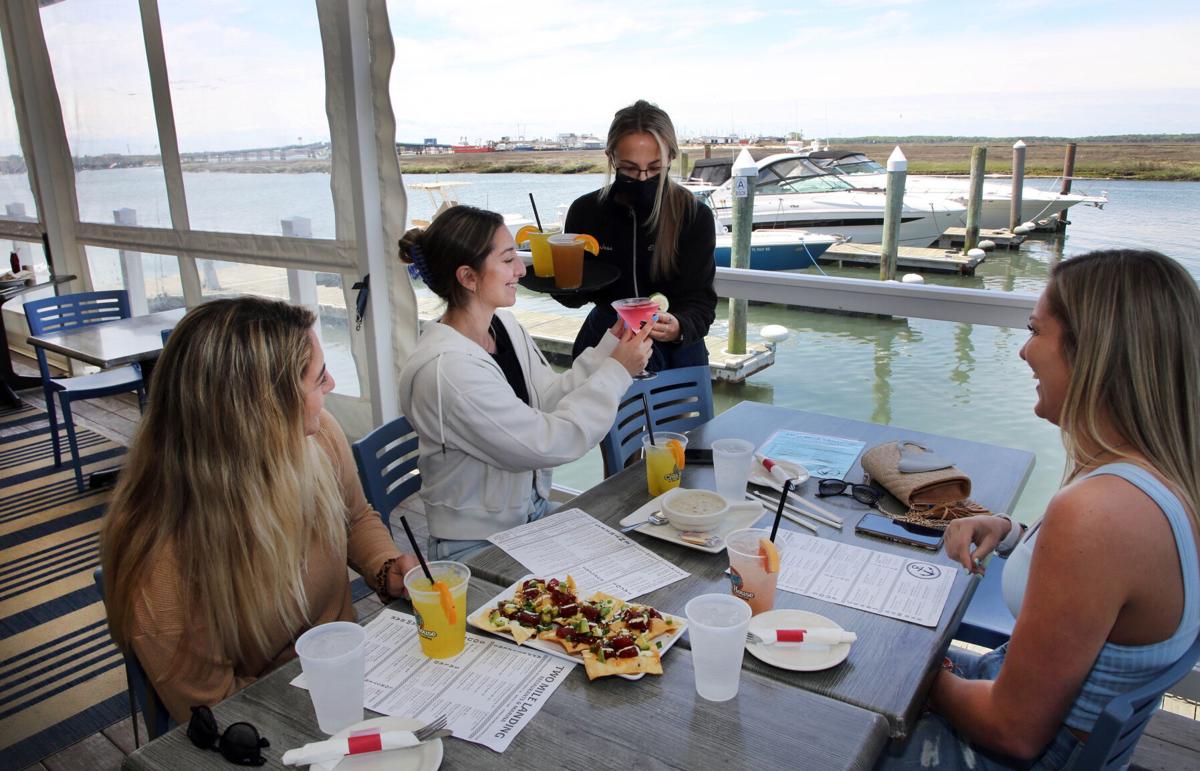 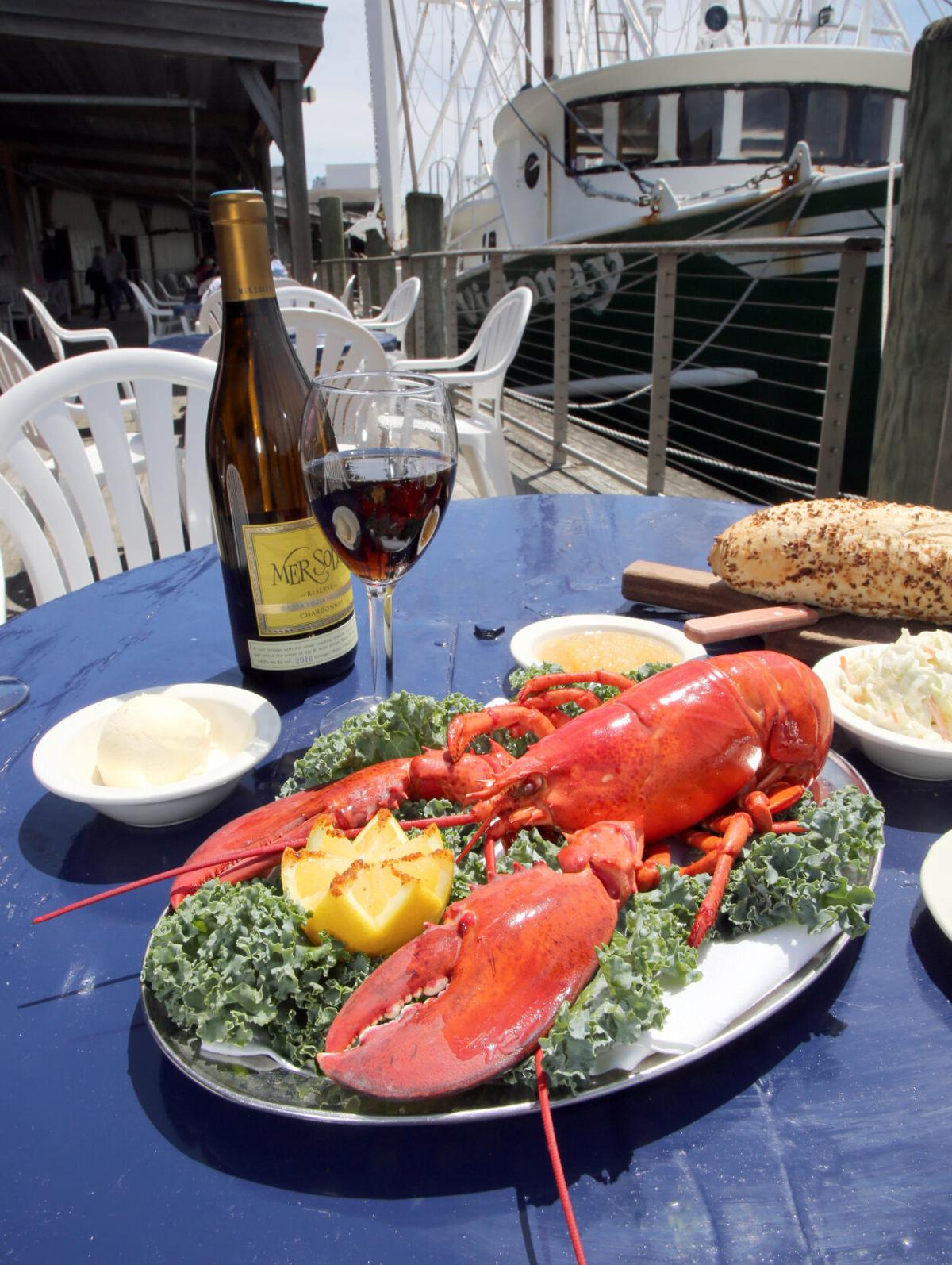 Outdoor dining on the docks at the Lobster House, in Cape May, Friday, May 7, 2021. (VERNON OGRODNEK / For The Press) 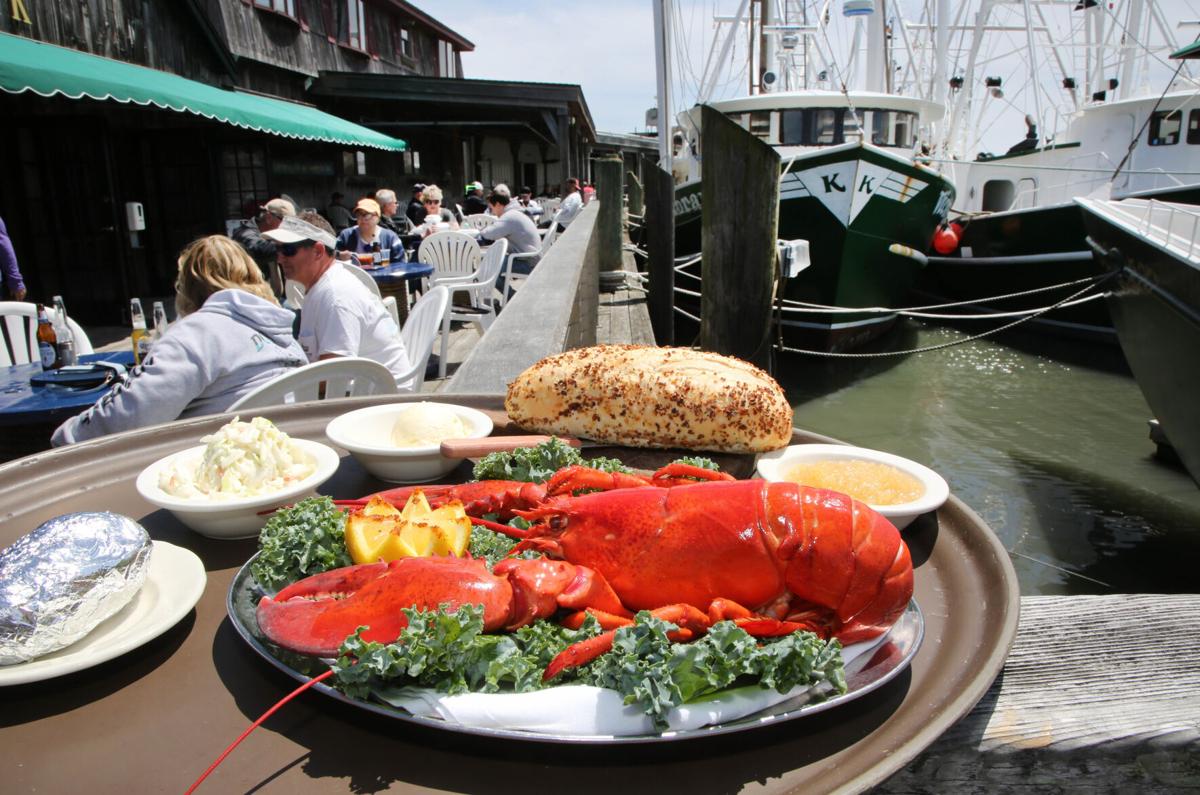 Lobsters, served in a variety of ways, are quite naturally a popular item on the menu at the Lobster House. 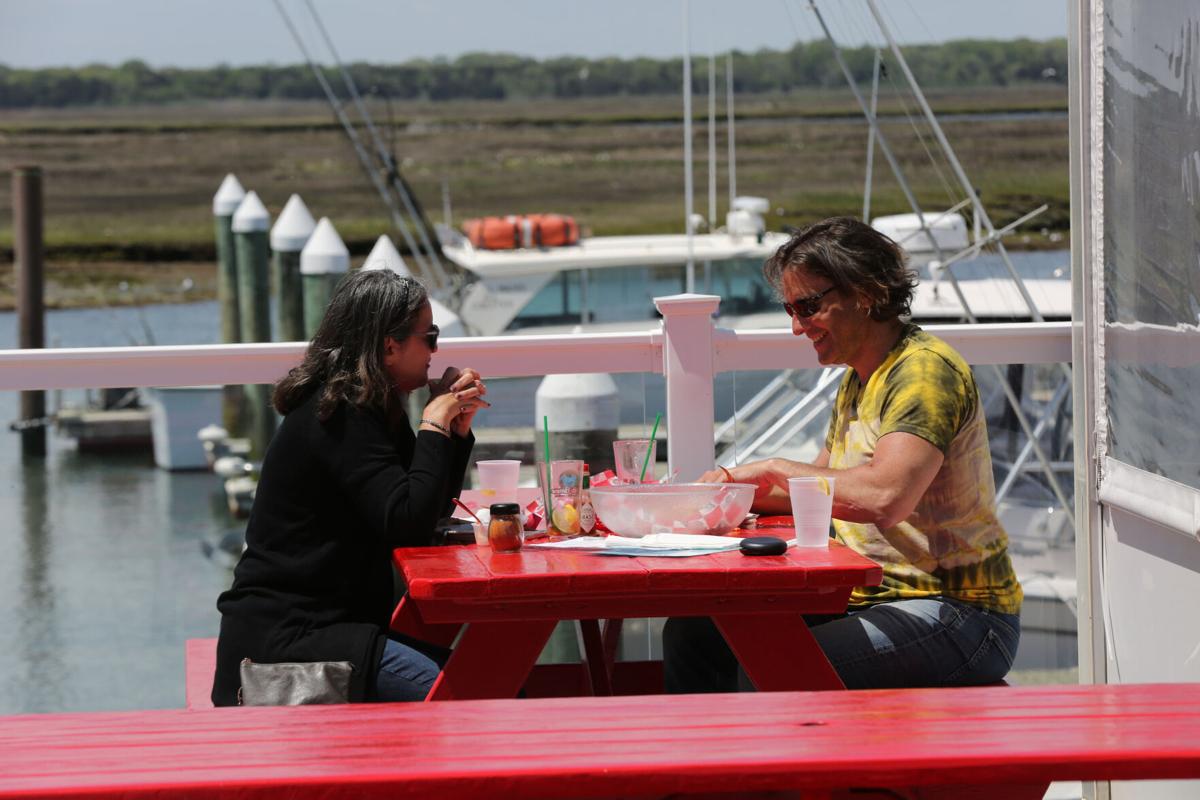 Visitors to the Jersey Shore can have lunch with a view of the marina at the Crab House at Two Mile Landing in Wildwood Crest.