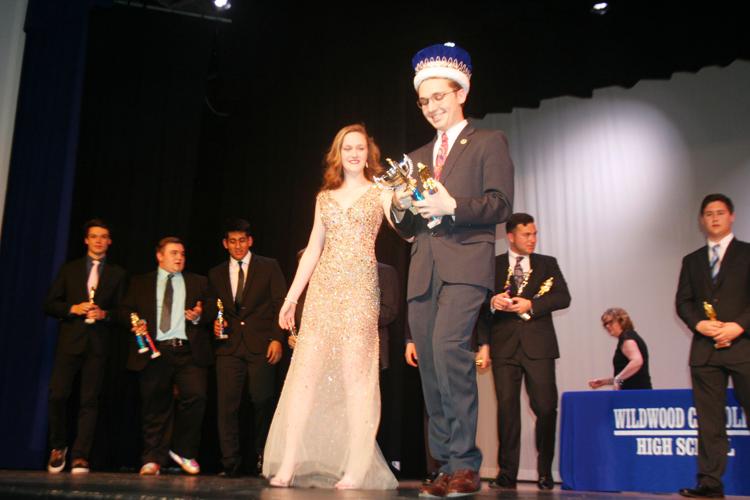 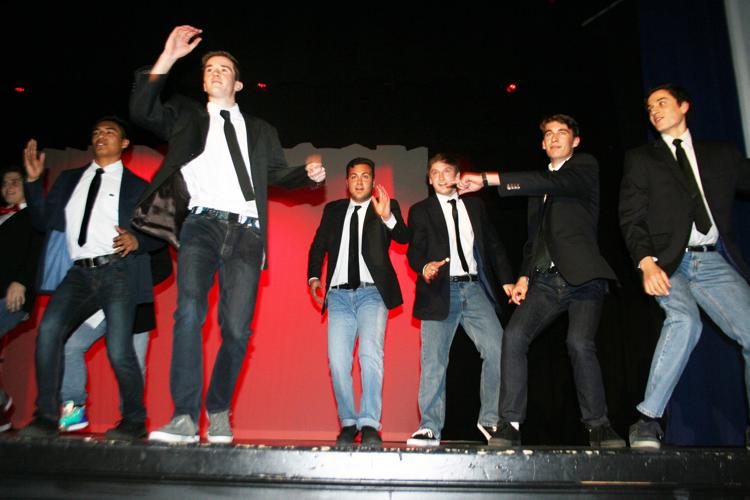 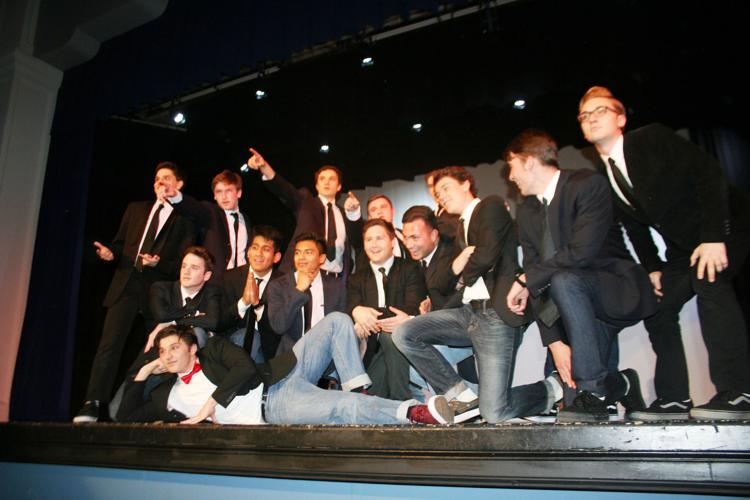 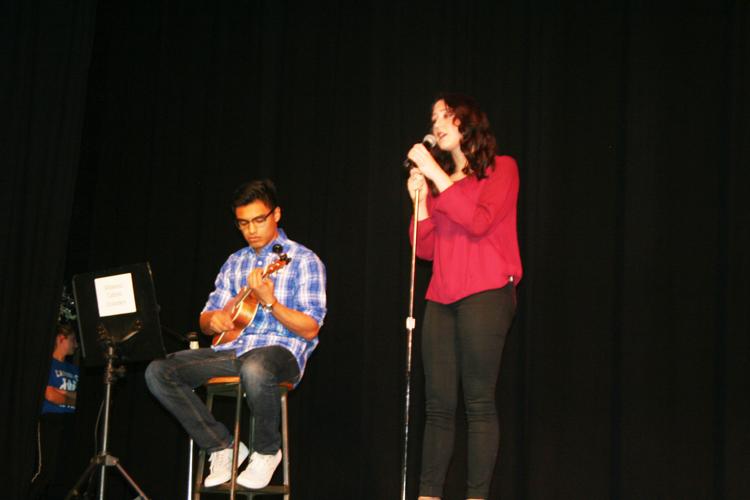 Olaf Feria plays ukulele during the talent round, with Maecy Bischoff singing "Dream A Little Dream." 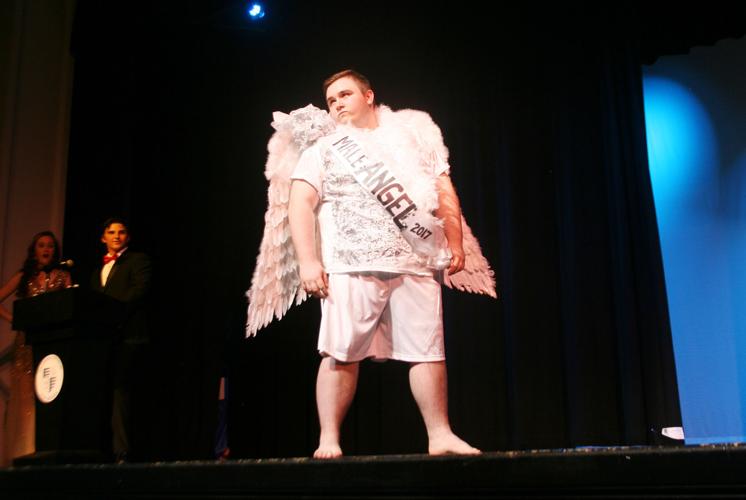 Zach Frame competes in the swimsuit round of the competition. 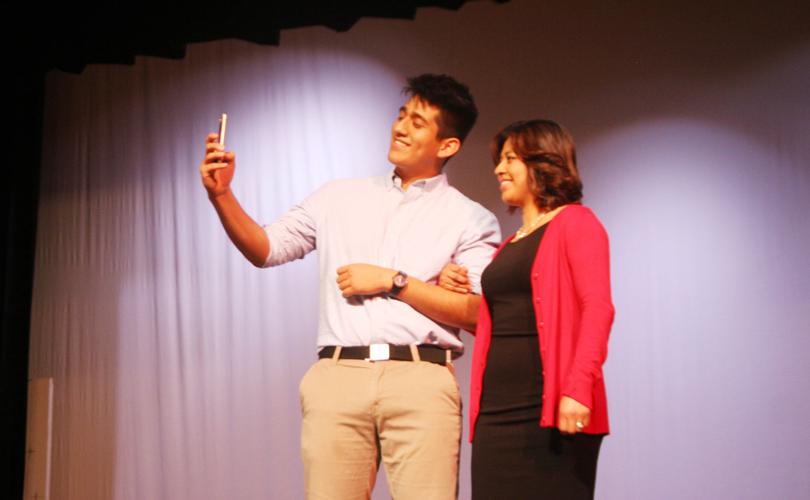 Jesus Perez takes a 'selfie' with mom Claudia during the casual wear round.

Rucci was crowned Mr. Wildwood Catholic 2017 from a field of 14. Contestants competed in Casual Wear, Swim Wear, Talent, and Question rounds to raise money for scholarships at the school. Rucci finished in first place in two of the four judged areas, singing Elton John’s “Your Song,” in the talent category; and tying for first place in his answer to a question he drew from a fish bowl.

Asked about his greatest achievement, Rucci said he hoped it was making his parents proud, making mention of his disabled mother. Dillon Barry shared first place with Rucci in the round, answering what he would wish for if he had one wish.

“I would make my mom’s life easier,” Barry said.

Barry said his father left when he was 2 years old, and his mother recently battled breast cancer.

Entertainment was provided by vocalists Maecy Bischoff and Lena Cassidy. Emma Cox played a medley of tunes on the piano during intermission. The Jersey Cape Dance and Gymnastics Academy also performed between competitions. Hosts were Hennessey Barry and Fred Speiwak, who was Mr. Wildwood Catholic 2016.

Olaf Feria plays ukulele during the talent round, with Maecy Bischoff singing "Dream A Little Dream."

Zach Frame competes in the swimsuit round of the competition.

Jesus Perez takes a 'selfie' with mom Claudia during the casual wear round.