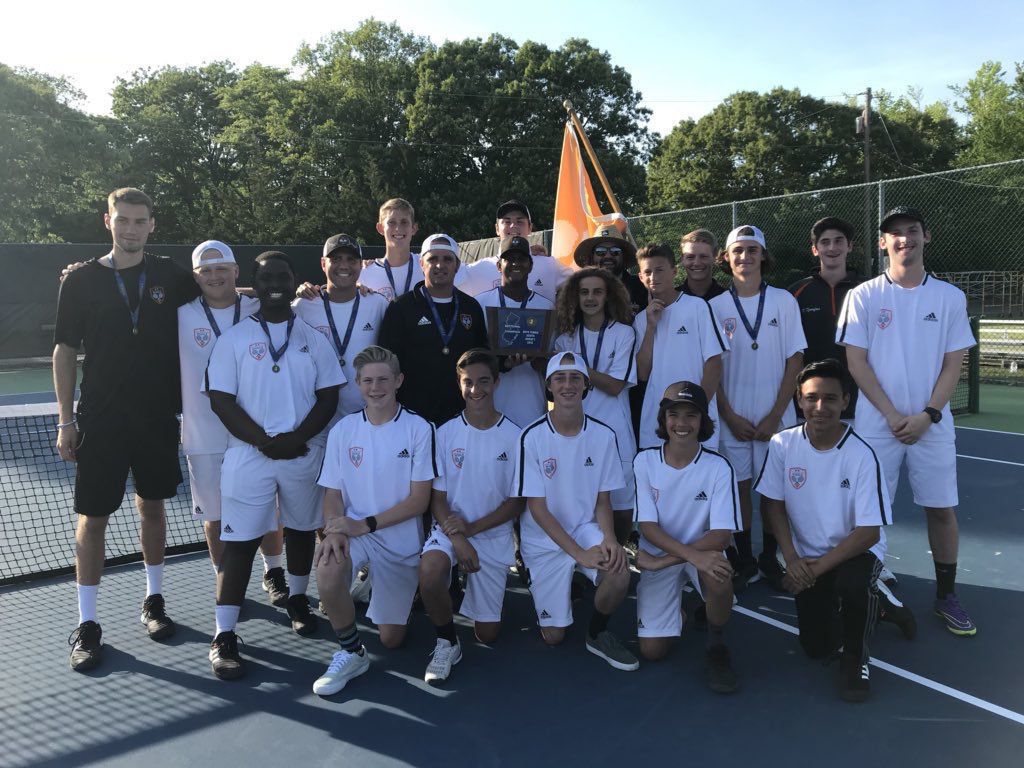 The Middle Township boys tennis team gathers after winning the South Jersey Group I championship over Woodstown in Cape May Court House. 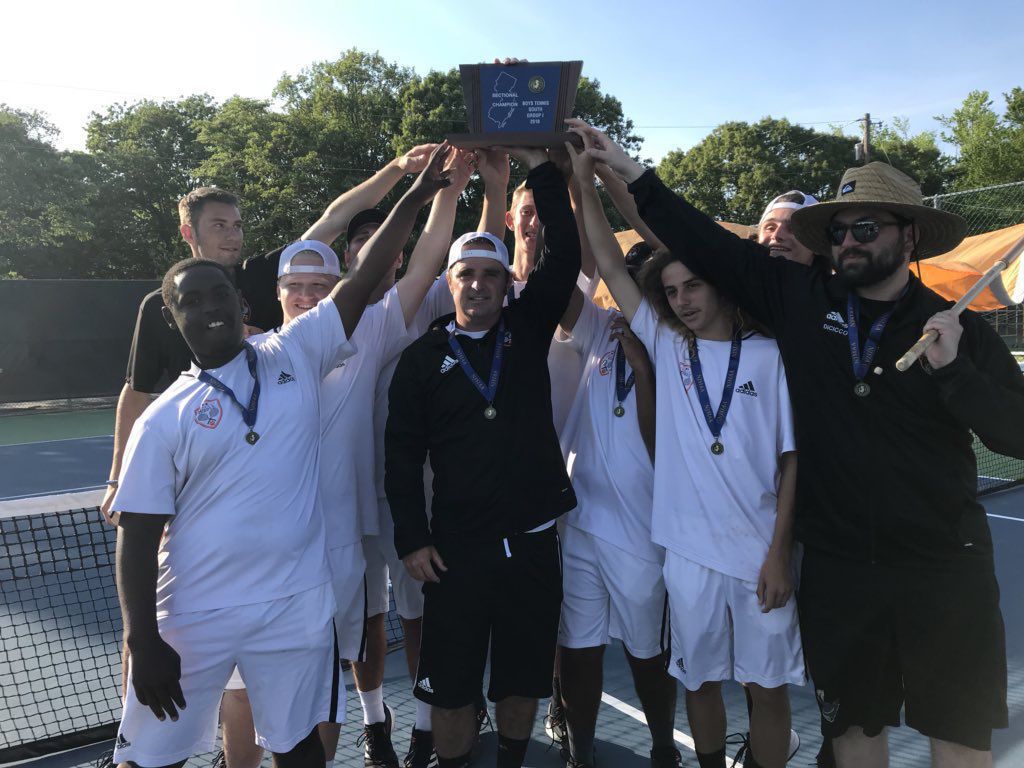 The Middle Township boys tennis team gathers after winning the South Jersey Group I championship over Woodstown in Cape May Court House.

The undefeated Panthers made it a reality Monday.

Top-seeded Middle, 23-0 and ranked sixth in The Press Elite 11, beat Woodstown 4-1 in the sectional final. The Panthers earned their second Group I title in three years. The Wolverines (19-4), ranked 10th in the Elite 11, were seeded second.

Max Gilbert, a freshman and the coach’s son, clinched the victory with a 6-1, 6-1 win in first singles. Gilbert’s win gave the Panthers a 3-1 edge in the match.

The Panthers’ other victories were earned by Rob Giulian in straight sets in second singles, Teran Broadnax with an exciting 10-point third-set tiebreaker in third singles and the first doubles team of Brayden Carr and Tathya Modi.

“We lost to Woodstown 1-4 last year in a South Jersey semifinal, and the next day the team came out to work for this moment,” Matt Gilbert said. “To be 23-0 and not lose to anyone in South Jersey is just an amazing accomplishment.”

Middle next will play Highland Park, the Central Jersey Group I winner, on Wednesday in a state semifinal at a time to be determined at Mercer County Park in West Windsor.

The state championship match will follow the semifinals at the same site. Highland Park, 16-2, defeated Shore Regional 5-0 in the Central Jersey Group I final.

It was the third South Jersey championship for Middle, the first won in 1977.

Max Gilbert didn’t attempt to overpower his opponent but stayed in control. The freshman improved to 23-3.

“It was not an easy match,” Max Gilbert said. “I started slowly and focused on his game in order to counter it. I took it upon myself to make my game plan better than it was, so I could get the ‘W’.

“Winning the South Jersey title feels amazing. It shows the commitment of the team. It’s great to be able to accomplish this after all the hard work we put in.”

Giulian, a three-sport athlete, was the first on the day to finish, beating Woodstown’s Jason Petrin 6-0, 6-1.

The Wolverines stayed in it as Jordan Lindstrom and Jake Lodge defeated Nick Gibboni and Jack Poindexter 6-1, 6-4 in second doubles.

“Coach said after we lost in the semifinal last year that he thought we could win the Cape-Atlantic League, become the top seed in South Jersey Group I and make the final at home and then win it,” said Giulian, an 18-year-old Stone Harbor resident. “It’s great to be able to live that dream.”

With the team match clinched, everyone gathered around the third singles court, where Broadnax and Luca Donnini were playing a great match.

“It gave me a lot of relief during my match to know that we had already clinched it,” said Broadnax (24-2), a 16-year-old junior from Cape Maay Court House. “There was no pressure.”