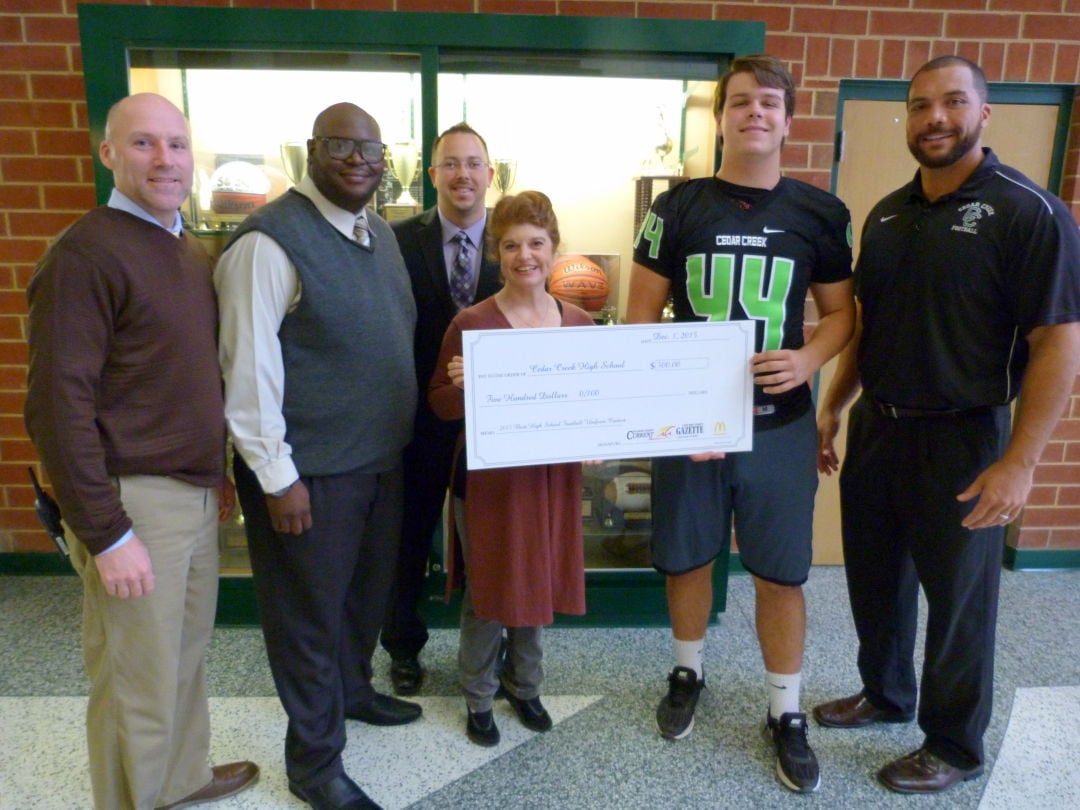 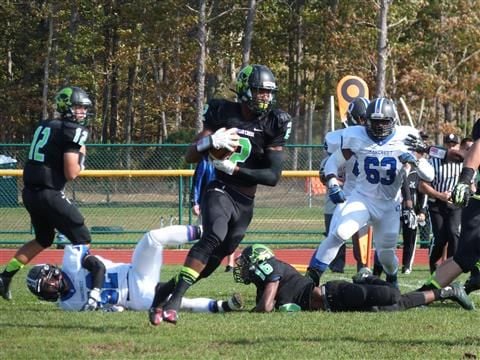 In this photo from the 2014 season, Cedar Creek wideout Ahmir Mitchell, right, and quarterback Jesse Milza sport the version of the Pirates uniform that was featured in The Current and Gazette Best High School Football Uniform Contest, sponsored by McDonald's.

The Pirates’  “alternative” jersey – black and burgundy with yellow lettering and logo – garnered more than 230 votes, beating second-place Egg Harbor Township by 50 votes. The school’s athletic department received a $500 check from McDonald’s for winning the contest.

“A lot of stuff we do is to reward them for playing well. If their attitudes weren’t positive and they weren’t working hard, then we probably wouldn’t make as much of an effort to spice things up, with the different uniforms and everything. It’s about getting them excited. It’s great to be recognized by our peers and everyone who voted, and we’re grateful to McDonald’s and Catamaran for the recognition.”

The Cedar Creek football team is playing in its second South Jersey championship game in just five years of varsity competition. Other Cedar Creek teams, such as girls basketball, have also had plenty of early success, generating a lot of enthusiasm at the school and creating a widespread following of “Creek Crazies” at games both home and away.

“With social media now, it gets everybody engaged and paying attention to stuff,” Watson said. “That’s the age we live in – uniforms, social media, any way to get the kids excited. It definitely works with our program. It gets everybody fired up to support the school.”

In this photo from the 2014 season, Cedar Creek wideout Ahmir Mitchell, right, and quarterback Jesse Milza sport the version of the Pirates uniform that was featured in The Current and Gazette Best High School Football Uniform Contest, sponsored by McDonald's.