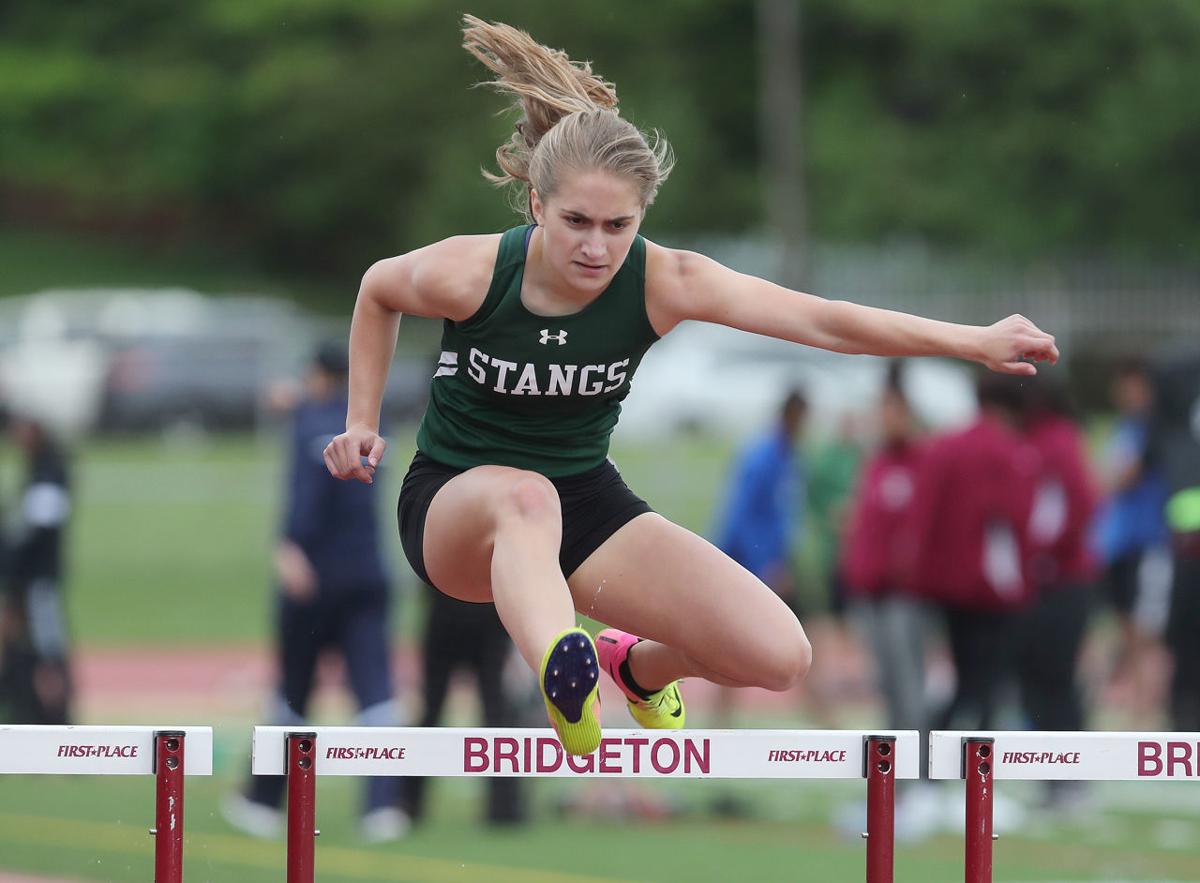 Mainland Regional’s Claire Pedrick jumps over a hurdle on her way to winning the 400 hurdles at the Cape-Atlantic League Track Championships Thursday in Bridgeton. 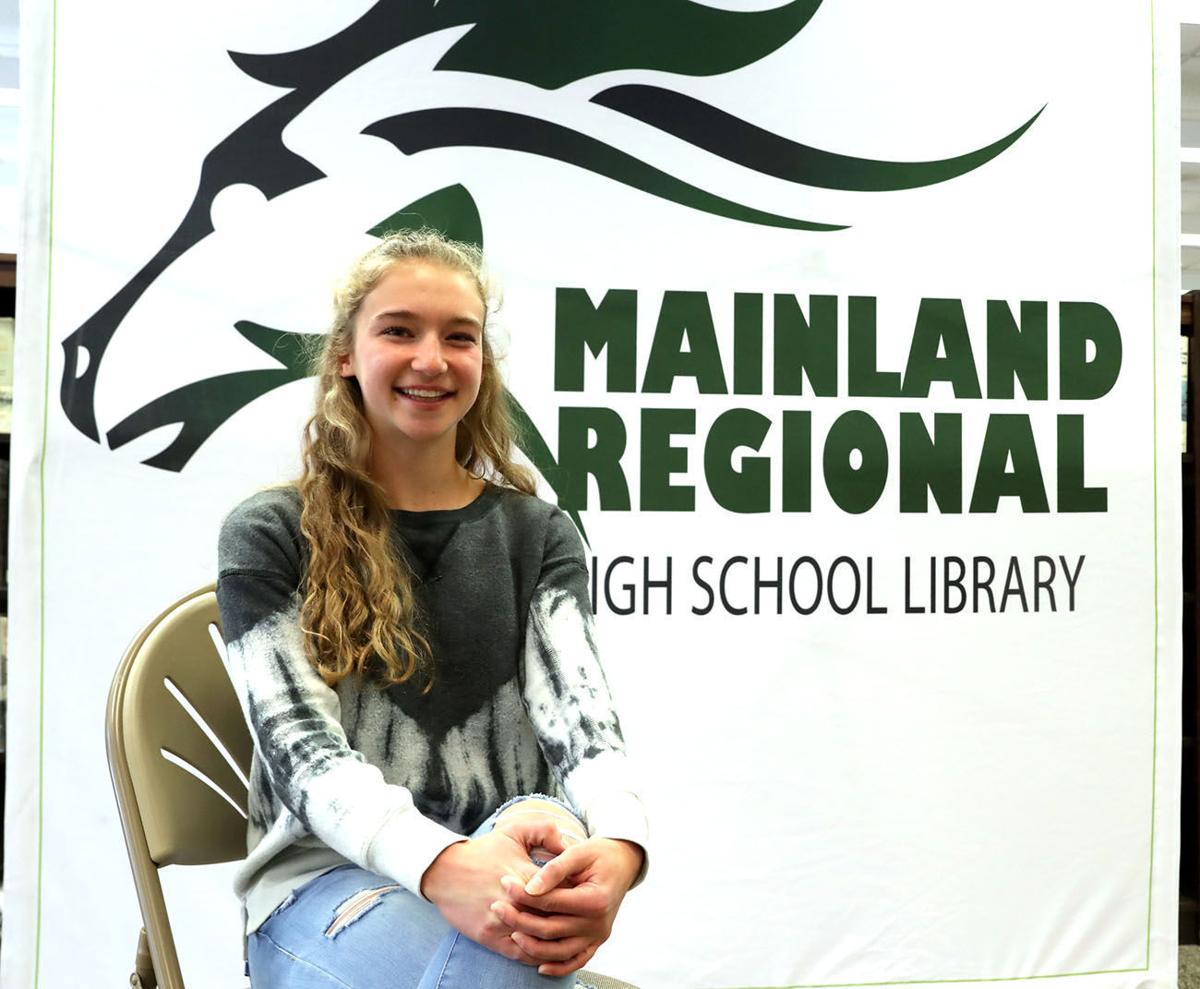 The Mainland Regional High School girls track and field team had a productive Saturday at the South Jersey Group II and III sectionals at Delsea Regional. As a team, the Mustangs finished second in the Group III girls meet with 57.50 points.

“The girls battled,” Mainland coach Mike Columbo said. “Winslow is very good. We knew they could beat us, so our goal coming in was to get second.”

“The morale around my team was very high,” Aldridge said. “Everyone was doing well, so I just fed off the energy.”

Aldridge placed third in the 1,600 Friday in 5:09.46 despite not being feeling well. Aldridge said coming back and winning an event Saturday was huge.

“I am proud of her today,” Columbo said. “She pushed through the pain and won that race. She is very tough.”

The 15-year-old sophomore was pleased she set a school mark.

“The times aren’t really what I wanted, but you couldn’t ask for better times and finishes,” she said. “So I can’t really complain.”

“It’s crazy,” Pedrick said. “One of our goals was to finish in the top five in the sectionals. It was cool to get second. I was surprised to see that on the board.”

Pedrick ran a leg in 100-meter relay, leading her team to a second-place finish in 49.16. The other Mainland runners in the relay were Olivia Rzemyk, Gabrielle Santiago and Yvette Assongba.

“Claire loves to compete,” Columbo said. “She hates to lose and never gives up. She showcased all her skills this weekend.”

The top six finishers in each group in each event, plus ties, advance to next weekend’s state group championships.

“My girls did awesome,” Columbo said. “They continued what they have been doing all season.”

Aldridge said it was bittersweet, being her last sectional meet in her high school career.

“It has been an amazing experience being a part of this team,” she said. “We all feed off each other. I couldn’t ask for a better group of girls to be surrounded by each day.”

A list of area athletes who finished in the top six of each event.

Mainland Regional’s Claire Pedrick jumps over a hurdle on her way to winning the 400 hurdles at the Cape-Atlantic League Track Championships Thursday in Bridgeton.