Rutgers University freshman Iyanla Kollock continued the strong start to her collegiate career with the women’s indoor track and field team over the weekend.

The 2018 Our Lady of Mercy Academy graduate helped the Scarlet Knights win their second straight Metropolitan Indoor Championship in Staten Island, New York, on Friday. It was their third title in the last four years.

Kollock finished third in the 60-meter dash with a personal-best 7.69 seconds. Her time qualified her for the Eastern College Athletic Conference Championships.

Kollock was The Press Girls Indoor Track Athlete of the Winter in 2017 and an indoor and outdoor first-team track All-Star in 2017 and 2018.

She was a two-time indoor Non-Public B state champion in the 55 hurdles.

Asia Young (Holy Spirit) was second in the long jump (5.82 meters) for Purdue at the Fred Wilt Invitational in West Lafayette, Indiana. She also took third in the 60-meter dash (7.78 seconds).

Robert Dessoye (EHT) was fourth in the 500 (1:04.11) for Bucknell at the Scarlet and White Invitational in Boston. It was the eighth-fastest time in school history and qualified him for the Intercollegiate Association of Amateur Athletes of America (IC4A) championships.

Eric Barnes (EHT) was second in the 800 (1:54.59) for Rutgers at the Metropolitan Indoor Championship. Rutgers won the team title for the fifth straight year.

Devin Martin (St. Joseph) won the 60 hurdles (8.39) and was second in the triple ump (3.48 meters) for Georgian Court at the Frank Colden Invitational at Ursinus. Dylan Breen (Lacey Township) was third in the long jump (6.91 meters). DaShawn Lamar-Baldwin (Bridgeton) was third in the triple jump (13.36). Alejandro Valdez (Bridgeton) was sixth in the weight throw with a personal-best 15.19 meters.

Peyton Mortellite (Hammonton) had eight points and two rebounds in Bloomsburg’s 93-60 loss to Shippensburg. He had 15 points and five rebounds in a 91-74 loss to West Chester.

Peyton Wejnert (Southern Regional) had 19 points and 10 rebounds in Pace’s 79-68 win over Stonehill. He had 20 points and five rebounds in a 76-74 overtime win against Bentley.

Tanner Kerr (Middle Township) had nine points, eight rebounds and three assists in the University of the Sciences’ 76-48 loss to Caldwell. He had 14 points and five rebounds in a 78-68 win over Georgian Court. He had 13 points and 11 rebounds in a 70-62 loss to Dominican.

Gabe Michnya (Mainland) scored four in Bryn Athyn’s 82-59 win over Valley Forge. He scored three in a 74-69 loss to Keystone.

Divine Anderson (Pleasantville) had five points and two assists in Centenary’s 89-84 win over Clarks Summit. He had 16 points, seven rebounds and four assists in an 85-81 loss to Cairn.

Nate Aldrich (St. Augustine) had 19 points and 12 rebounds, and Drew Gallagher (Holy Spirit) added six points, in Drew’s 89-85 overtime loss to Moravian. In a 73-66 win over Goucher, Aldrich had 13 points and six rebounds, and Gallagher had three rebounds, two points and two assists.

On Jan. 26, Aldrich scored his 1,000th career point. The 6-foot-6 senior forward had 1,047 points through Saturday. On Jan. 28, he was named the Landmark Conference Men’s Basketball Athlete of the Week for the second time in three weeks.

Ethan Dubois (Southern) had 15 points, eight rebounds and five assists in Elizabethtown’s 69-64 loss to Catholic. He had 19 points and eight rebounds in a 79-68 loss to Susquehanna.

Matt Sommers (Holy Spirit) scored six in Gwynedd Mercy’s 74-61 loss to Marymount. He had three points and two rebounds in a 71-65 win over Neumann.

C.J. Barnes (Holy Spirit) had 22 points and seven rebounds in Moravian’s 89-85 win over Drew. He had nine point and five rebounds in an 83-76 win over Juniata.

Trai Greer (Middle Township) had 18 points, eight rebounds and five assists in Rutgers-Camden’s 92-65 loss to The College of New Jersey. He had 17 points, six rebounds and two assists in a 65-59 loss to Rutgers-Newark.

Connor Laverty (Ocean City) had five points, two rebounds and two assists in Widener’s 86-60 win over Lebanon Valley. He scored 12 in a 71-66 loss to Alvernia.

Destiny Thompson (Bridgeton) had 14 points, eight rebounds and three blocks in Georgian Court’s 69-49 loss to the University of the Sciences.

Dej’hanee McNeal (Lower Cape May) had six rebounds and three points in Alvernia’s 58-32 loss to Lycoming. She grabbed five rebounds in a 70-29 loss to Widener.

Dakota Hitchner (Atlantic Christian) had 15 points, four rebounds and two assists in Cairn’s 64-61 loss to Valley Forge. She had 13 points and five rebounds in a 75-49 win over Centenary.

Megan Stafford (Mainland) had seven points and four rebounds in Catholic’s 71-38 loss to Elizabethtown. She had nine points, three rebounds and two steals in a 59-50 win over Scranton.

Lauren Moretti (Wildwood Catholic) scored 11 in Delaware Valley’s 78-63 loss to Misericordia. She scored eight in an 85-76 loss to Eastern.

Ashley Toner (Barnegat) had nine points, three assists and two rebounds in Emerson’s 66-52 win over Babson and 11 points, six steals and four rebounds in a 70-66 win over Coast Guard.

Shannon McCoy (Barnegat) had 24 points, two rebounds and two assists in Kean’s 74-58 win over Ramapo and 22 points and three rebounds in a 78-67 win over William Paterson.

Kilie Wyers (Ocean City) had five points and five rebounds in Marywood’s 66-42 loss to Cabrini. She had nine points, four rebounds and four assists in a 65-54 win over Wesley.

Olivia Rulon (Wildwood Catholic) had 12 points, three rebounds and two steals in Rowan’s 58-52 loss to Stockton. She had seven points and five rebounds in a 69-55 loss to Montclair State.

Navy’s Dillon Taylor (St. Augustine) competed at the Edinboro Open in Pennsylvania, competing at 165. He won his first two bouts — an injury default victory in the first round and an 8-2 decision in the second — before dropping two straight.

In a 3-0 win over Queens, Davis had 11 digs, Maxwell had 17 kills and six digs, and Lockwood added two digs. 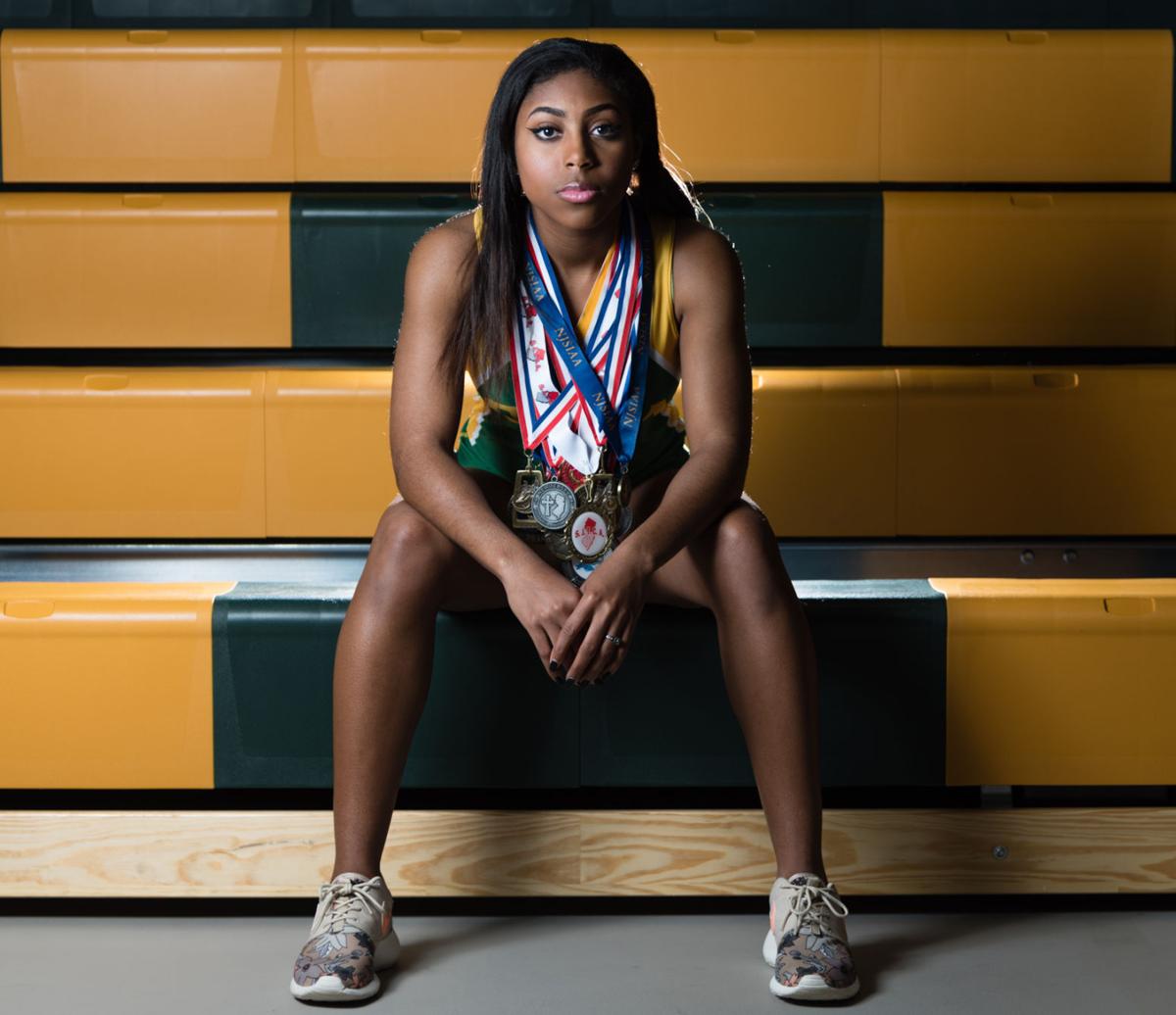 Iyanla Kollock of Our Lady of Mercy Academy is this years indoor track and field athlete of the year. 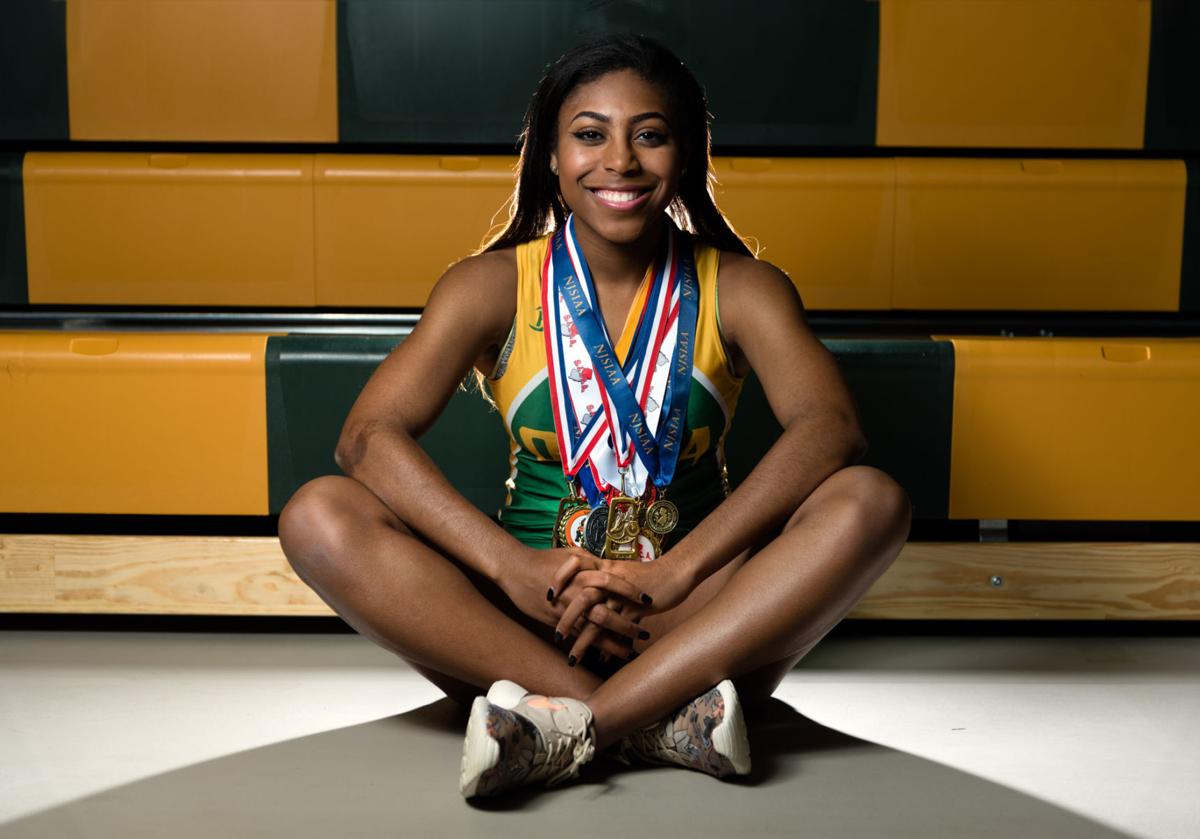 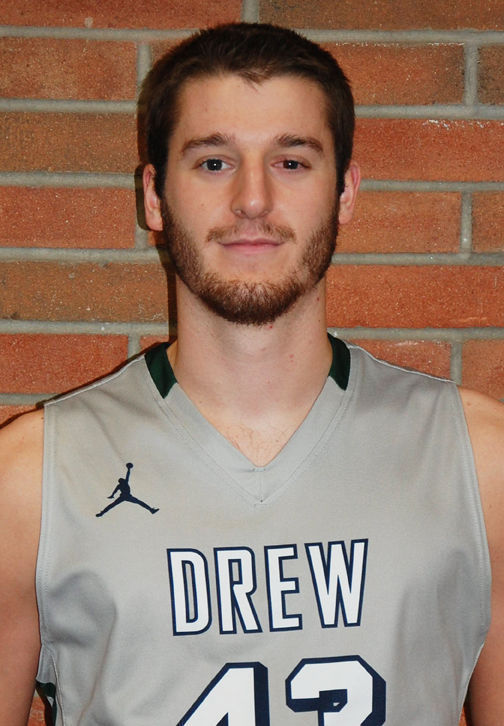