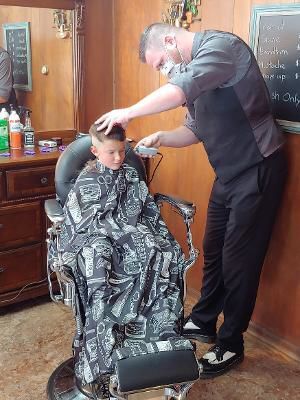 Five-year-old Carmine Attianese of Egg Harbor City gets a Mohawk from barber Steven Fitzgerald of Absecon. 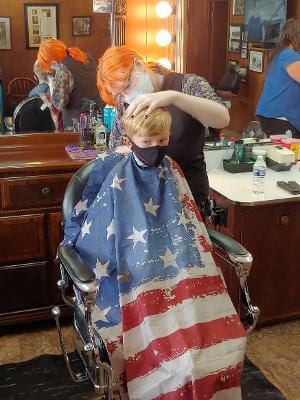 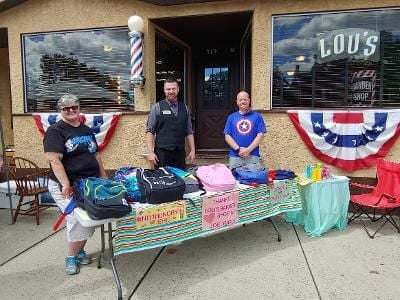 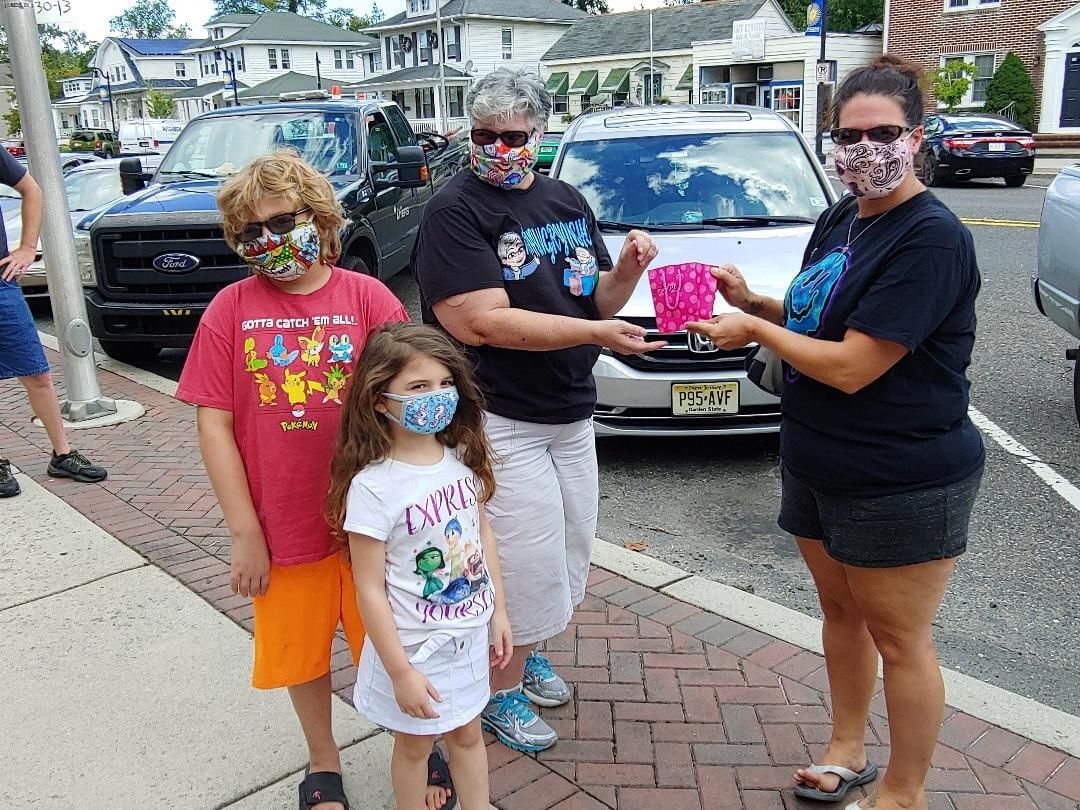 EGG HARBOR CITY — A group of community members and business people joined forces for a project to prepare local students for the start of the school year. They organized an event on Sunday, Aug. 30 that gave the children an opportunity to receive a free haircut, a backpack filled with school supplies and lunch.

Numerous city residents also stopped by to contribute money and gift cards to support the project as well as bikes and scooters for the children who needed them.

The event took place at Lou’s Barbershop on Philadelphia Avenue where proprietor Steven Fitzgerald, of Absecon, and Meaghan Groves, of Galloway Township, provided the haircuts. Outside the shop Egg Harbor City Council President Pro Tempore Joseph Ricci and Angela Krukauskas of No One Hungry in Egg Harbor City Food Pantry, along with other volunteers, distributed the backpacks and served lunch consisting of hot dogs, juice packs and bagged snacks.

According to Krukauskas, 44 kids showed up to receive the school supplies, although not everyone opted for a haircut.

Among the ones that did get clipped were five-year-old twins Carmine and RJ Attianese.

The Egg Harbor City Schools are scheduled to open for in-classroom instruction on Sept. 14.

Edith Holroyd, of Absecon, celebrated her 102nd birthday on Friday, Sept. 18, with some of her friends doing a birthday drive-by parade. She a…

Be a conscious consumer in a fast-fashion world

While “retail therapy” temporarily improves a shopper’s mood, the social and environmental impacts are long-lasting. Fast fashion is an unethi…

Five-year-old Carmine Attianese of Egg Harbor City gets a Mohawk from barber Steven Fitzgerald of Absecon.