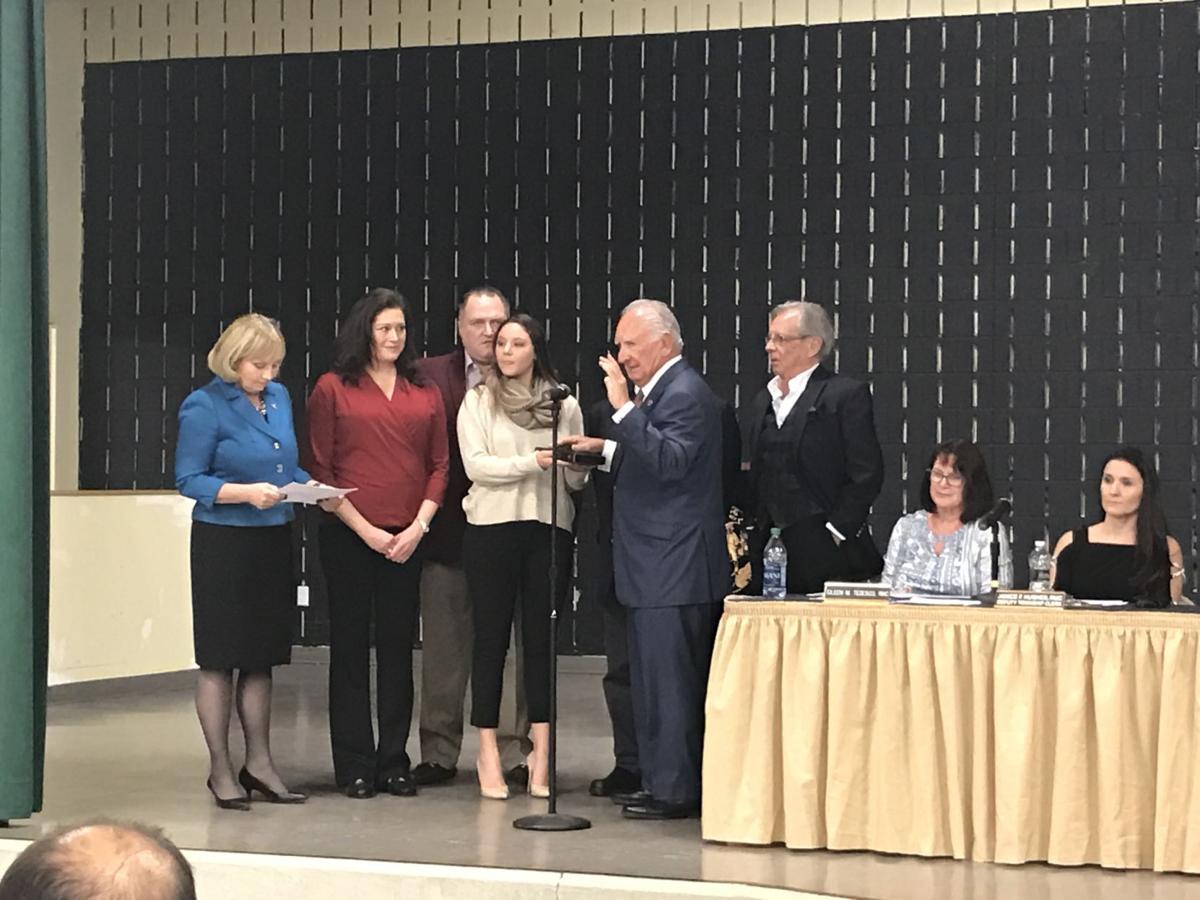 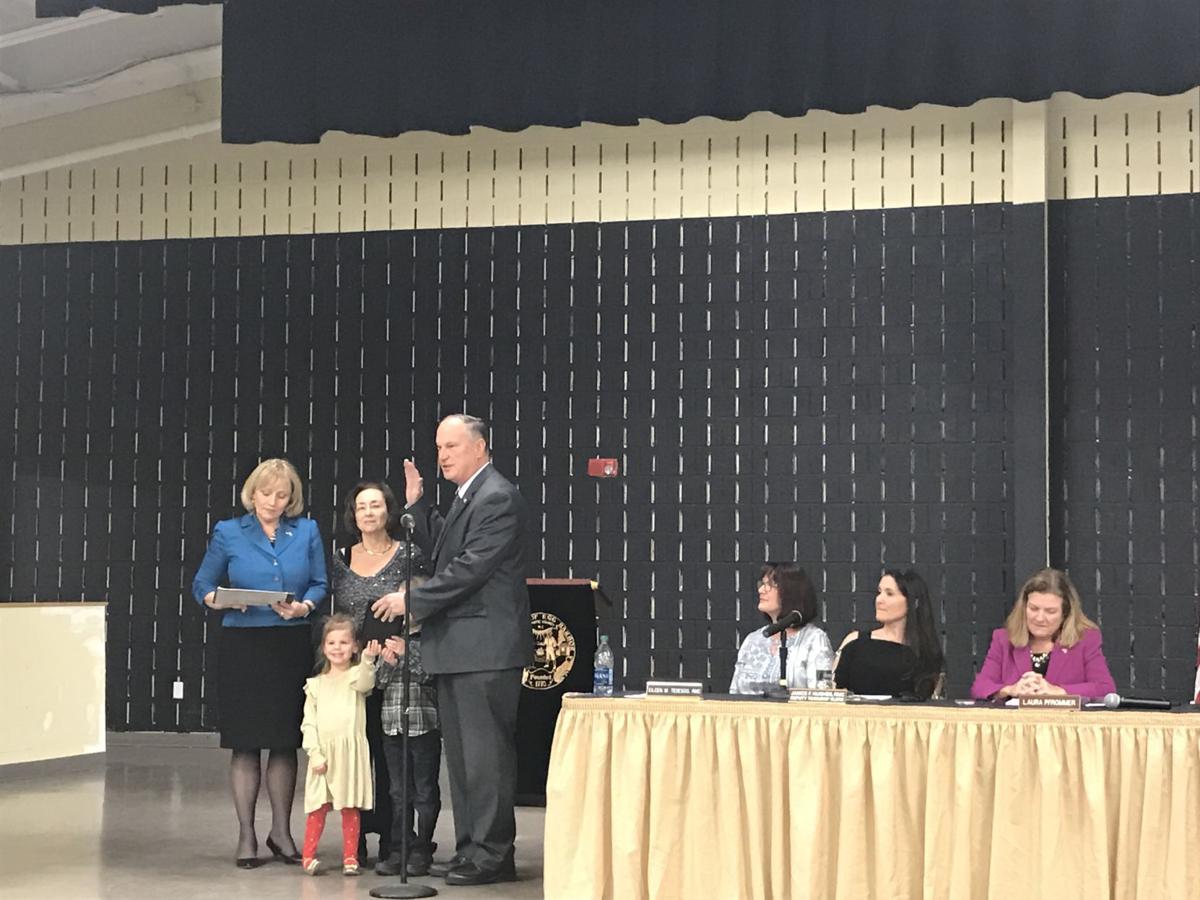 Paul W. Hodson is sworn in to his seat on the Egg Harbor Township Committee by acting Gov. Kim Guadagno at the reorganization meeting Jan. 3. 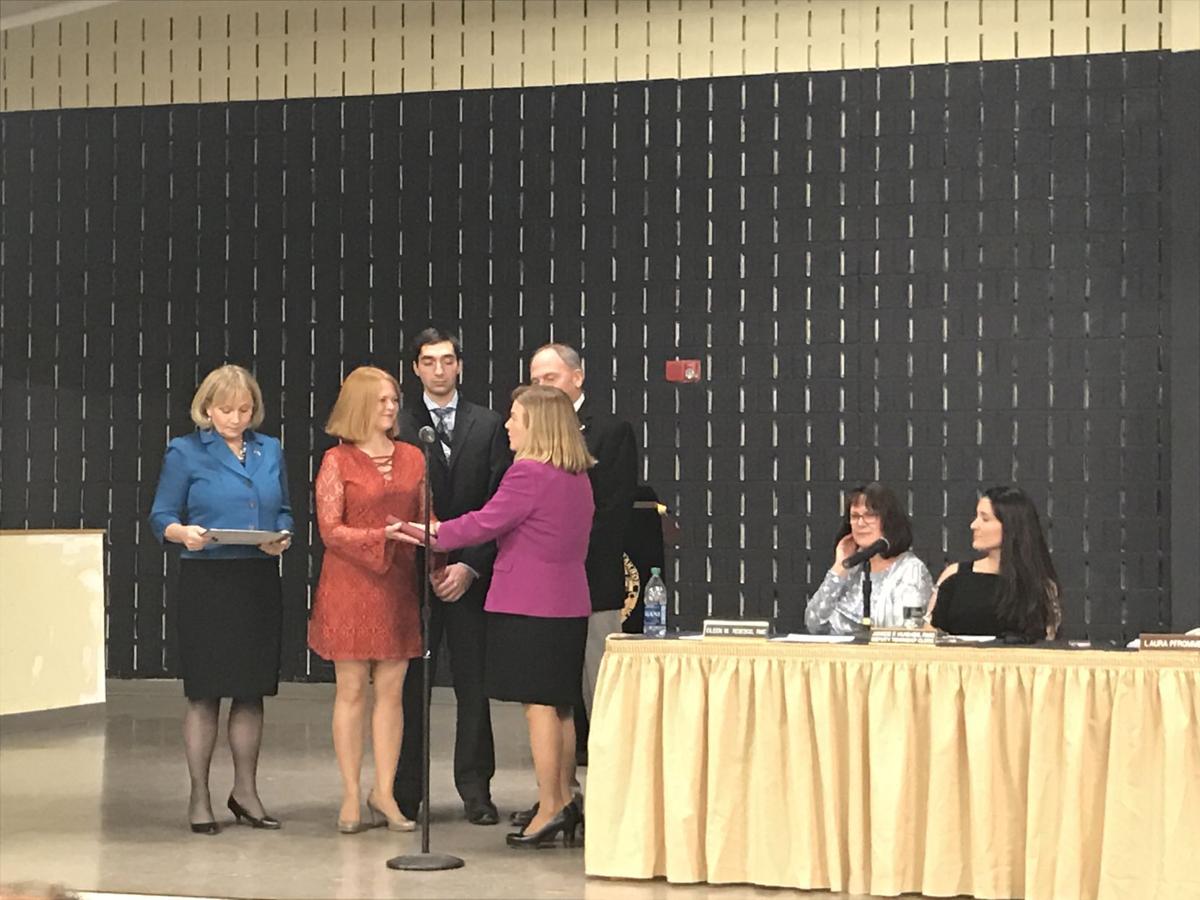 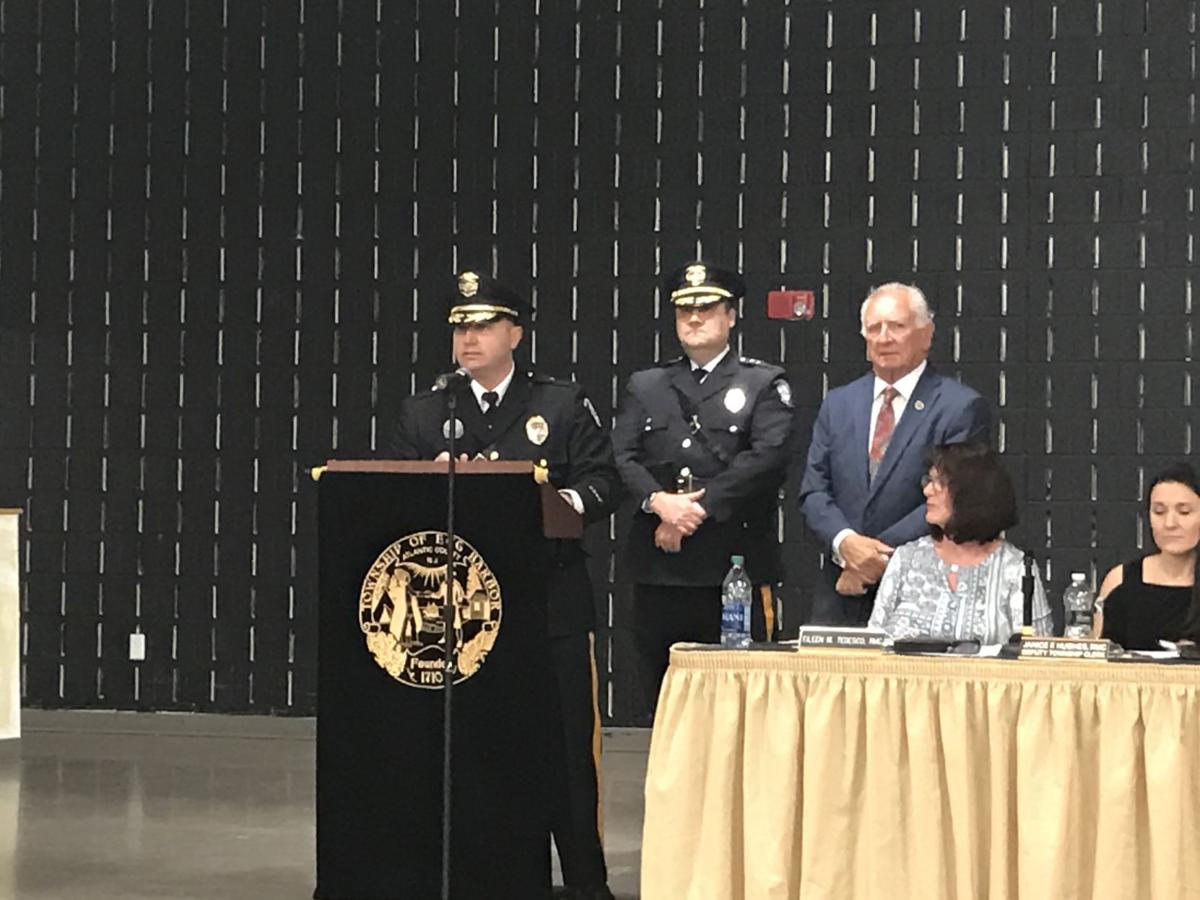 EGG HARBOR TOWNSHIP — The township celebrated the appointment of a mayor and deputy mayor and the swearing-in of two committee members Wednesday with a packed room and a live band.

Hodson and Laura Pfrommer, who were re-elected to their three-year seats in November, were sworn in by Lt. Gov. Kim Guadagno.

"Tonight, here in Egg Harbor Township, is my last official act as the acting governor of the state of New Jersey," she said.

McCullough said Guadagno is one of the most outstanding representatives of the state of New Jersey.

"Many people don't realize how much work and effort she's put in to bring business to the state of New Jersey. She was anywhere anytime anyone asked her to appear,” he said.

Also at the meeting, Egg Harbor Township Police Capt. Christopher Ruef was promoted to the new position of deputy chief.

“I promise I’ll work hard and I won’t let you down,” Ruef said.

The Fernwood Avenue Middle School Wind Ensemble and Chorus played the national anthem and performed “In December” and “High Velocity” during the program, and the “Ode to Joy" finale from Beethoven’s Ninth Symphony after the meeting was adjourned.

Some Egg Harbor Township mail delayed due to snow

EGG HARBOR TOWNSHIP — Residents who haven’t cleared the snow from their sidewalks and around their mailboxes may be experiencing a delay in their mail delivery service.

Paul W. Hodson is sworn in to his seat on the Egg Harbor Township Committee by acting Gov. Kim Guadagno at the reorganization meeting Jan. 3.