Artist rendering of Atlantic City Gateway Project, which will include the Stockton University Island Campus and a new headquarters for South Jersey Gas at the site of the old Atlantic City High School. 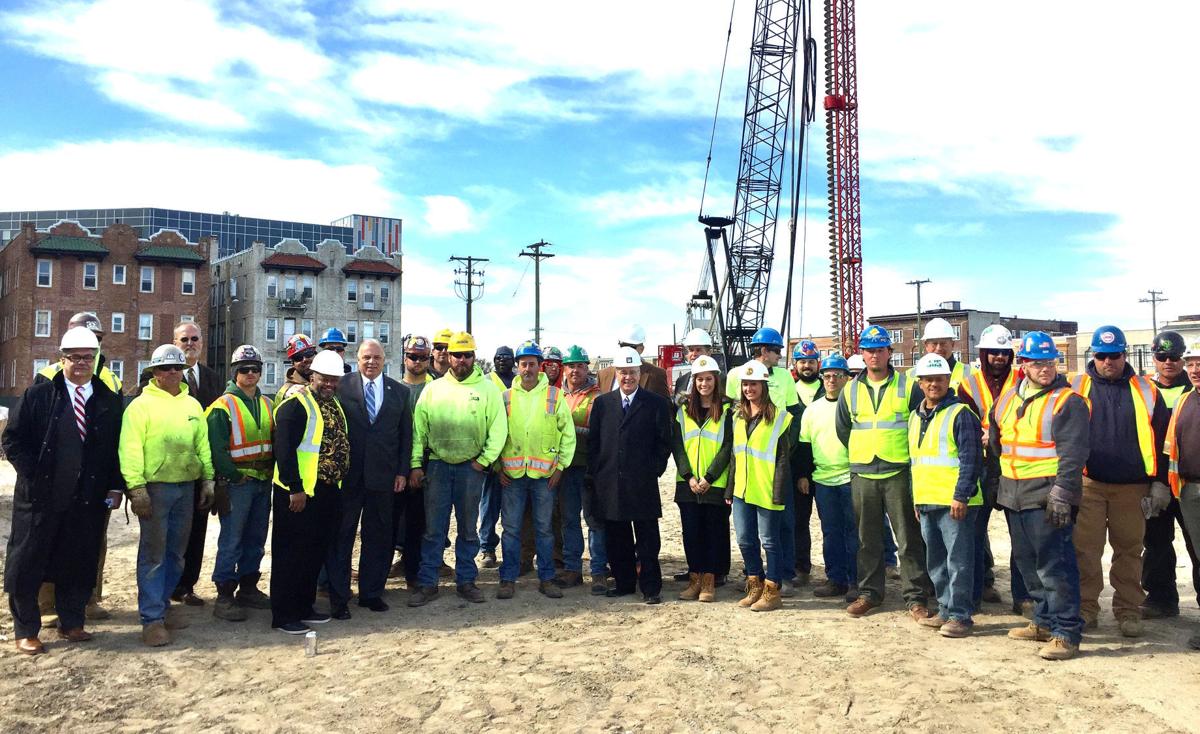 The $220 million, 675,000-square-foot project includes a new campus for Stockton University and a new South Jersey Gas headquarters at the site of the former Atlantic City High School.

The project is on schedule for completion in August 2018. The $156 million Stockton campus will include an academic building, housing for 500 students, retail shops and a parking garage in a public-private partnership with AC DevCo. Faculty housing is also planned.

Some 1,800 students a day are expected to use the academic building, walk the streets, visit the nearby park and frequent local shops, along with about 200 South Jersey Gas employees working in the community. The project will also help activate unused parcels of nearby land along the boardwalk.

It is expected to generate more than $1.5 million a year in property taxes.

“This is the type of nongaming development we need to help Atlantic City develop an economy that will sustain the city year-round,” Sweeney said. “Stockton’s ‘beach campus’ is going to be an educational asset, and the new South Jersey Gas headquarters will be another example of Atlantic City’s promise as a destination for companies.”

Whelan said that growing up in Philadelphia, he has seen firsthand how institutions of higher education can transform urban areas.

“Stockton’s new Island Campus, coupled with the new South Jersey Gas headquarters, has the potential to transform Atlantic City for the better, bringing jobs, investment and energy to the Chelsea neighborhood," he said. "This is a great example of how the state and the private sector can work together to capitalize on the city’s assets and abilities.”

Stockton President Harvey Kesselman said the expansion will increase the university’s presence in the city, provide more access to degree programs for students, and contribute to the city’s renaissance.

The concept behind the development is the “mixed-use” model, which includes corporate, residential, retail, entertainment and academic space. The mix will bring people who will be active around the redeveloped sections of the city, helping to transform the Chelsea area.

The lawmakers also met with some of the graduates of the Training to Hire outreach program, a path for local residents to receive training in construction. Fifteen city residents completed the 12-week program and landed jobs with the project’s contractors.

Artist rendering of Atlantic City Gateway Project, which will include the Stockton University Island Campus and a new headquarters for South Jersey Gas at the site of the old Atlantic City High School.