One opinion on the top sports stories of 2021: Extra Points
0 Comments
Share this
{{featured_button_text}}
1 of 2 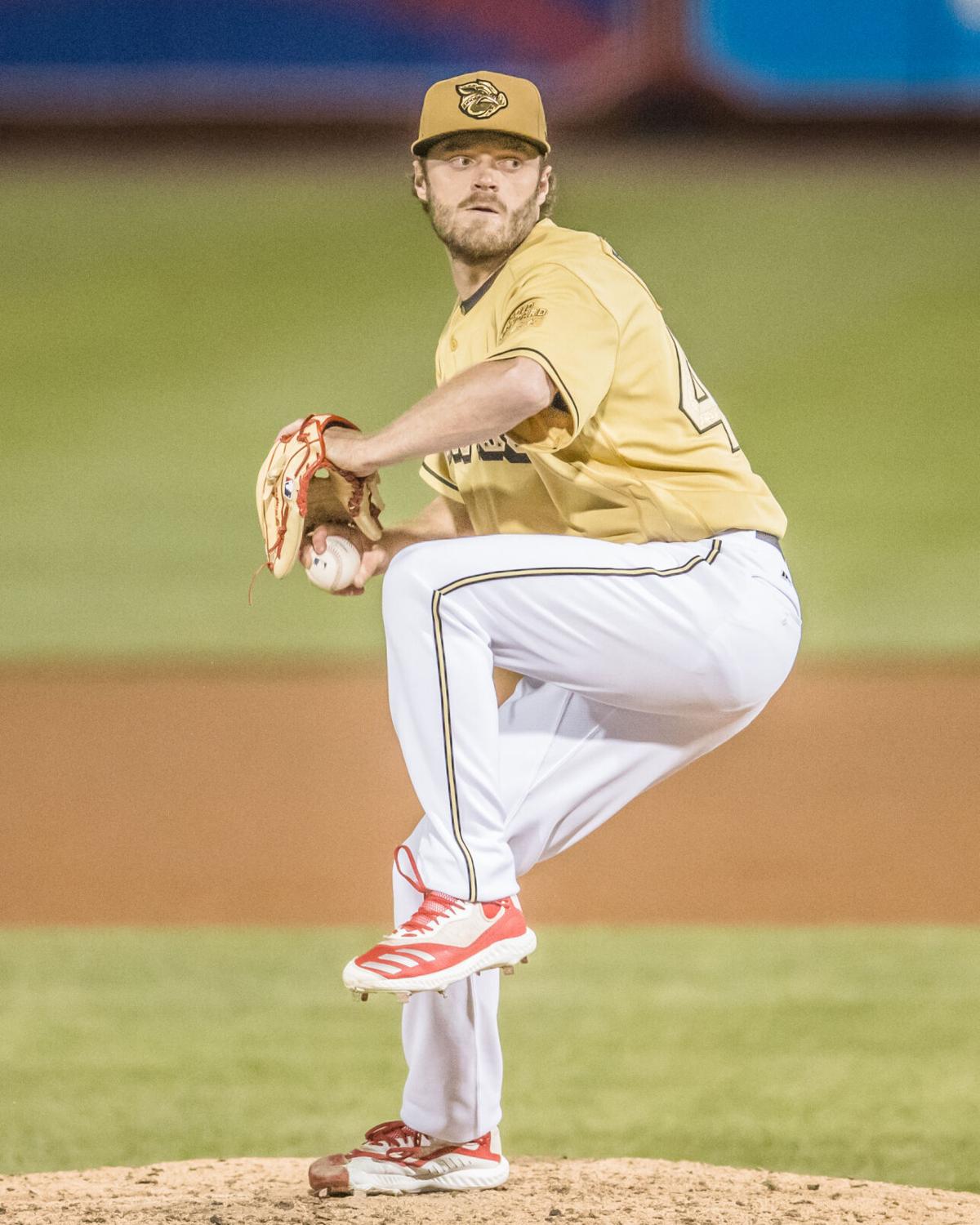 Philadelphia Phillies pitcher Mike Adams in action with the Lehigh Valley IronPigs during the 2021 season. Adams is a Holy Spirit High School graduate and co-owner of Baseball Performance Center in Pleasantville. 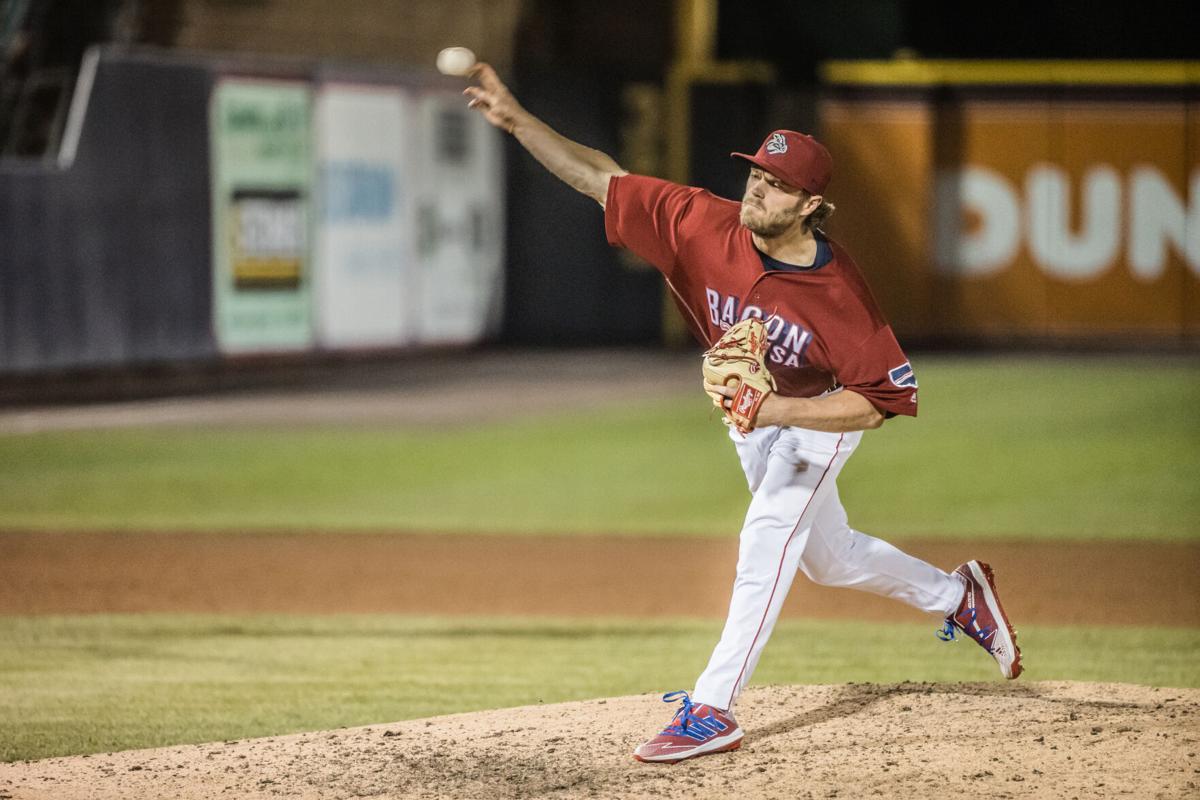 Philadelphia Phillies pitcher Mike Adams plays for the Lehigh Valley IronPigs during the 2021 season. Adams is a Holy Spirit High School graduate and co-owner of the Baseball Performance Center in Pleasantville.

DAVID WEINBERG For The Current

Last year was a unique one.

The sports world was still reeling from the COVID-19 pandemic for the first part of 2021 before getting up off the canvas and starting to punch back. Here’s one opinion on the top local sports stories in Atlantic and Cape May Counties of the year, with a special nod to a personal achievement.

10. Flock of Seagulls: The Atlantic City Seagulls basketball franchise made a comeback after a 13-year hiatus by joining the rejuvenated American Basketball Association, the league that spawned the legendary careers of Julius Erving, Artis Gilmore, Connie Hawkins and others. The Seagulls got off to a sensational start, setting a league record by scoring 251 points in a win over the Hornel (N.Y.) Bulls, but folded last month after only six games because of financial and other difficulties.

9. The Rookie, Atlantic County edition: Mike Adams was pitching in the Atlantic County Baseball League and working with other hurlers at his Baseball Performance Center in Pleasantville when scouts clocked his fastball at 98 miles per hour during a tryout. Adams, now 27, signed with the Phillies organization last January and finished the season as a reliever with the team’s Triple A affiliate, the Lehigh Valley Ironpigs.

8. The Rookie, Cape May County edition: Hampton Weinberg was going to the beach and playing in his backyard when he joined the Lower Township Recreation Department’s T-ball League in May. Weinberg, 5, thus became the fourth generation of his family to play baseball. He batted 1.000 with between 10 and 12 RBIs for Blue Homes while Poppy and Mimi cheered from the bleachers. He also made his soccer debut in September.

6. Return of MMA/Boxing: The Professional Fighters League (PFL) ended a 13-month dry spell for combative sports in Atlantic City in April when it staged the first of six events at Ocean Casino Resort. Eventually, Ring of Combat and Cage Fury Fighting Championships also returned to the Boardwalk. Boxing made its return in July with the first of four shows held in 2021 by Hard Hitting Promotions at Showboat Hotel Atlantic City.

4. A Fan-Tastic ShopRite Classic: The ShopRite LPGA Classic welcomed back fans to the tournament for the first time in a year. Thousands of spectators attended the three-day tournament at Seaview Hotel and Golf Club on Oct. 2-4. French golfer Celine Boutier won the tournament over challengers such as Jin Young Ko and Inbee Park. The tournament will be returning to the spring this year on June 10-12.

2. A Special Cigar: The Middle Township High School sports community endured a tough year. Paul Yerk and Will Mendo, both longtime Middle head golf coaches and football assistants, both passed away in 2021. At Yerk’s funeral, family members left a box of his favorite cigars. Middle head football coach Frank Riggitano took one and promised to save it for a special occasion. After the Panthers qualified for the South Jersey playoffs this season and defeated rival Lower Cape May Regional in the Anchor Bowl, Riggitano lit it.

1. Chase Petty drafted: The Minnesota Twins drafted Mainland Regional High School pitcher Chase Petty in the first round (26th overall). Petty, who received a reported $2.5 million signing bonus, became the third student-athlete from a Cape-Atlantic League school to be draft in the first round of their respective sport. Former Holy Spirit High School running back William Green was picked 16th overall by the Cleveland Browns in the 2002 NFL Draft. Millville outfielder Mike Trout was selected 25th overall by the Los Angeles Angels in 2009.

David Weinberg’s columns can also be found on his Dave Weinberg Extra Points Facebook page and blog, as well as on 973ESPN.com. His podcast, Dave Weinberg’s Tequila and Touchdowns, can be heard on Anchor, Facebook and Twitter. You can also hear him 5:10 p.m. every Monday at Newstalk 1400-AM WOND and WONDRadio.com on Off the Press with Scott Cronick. His Weinberg Wednesday segment airs at 6:15 p.m. weekly on 97.3-FM ESPN.

Philadelphia Phillies pitcher Mike Adams in action with the Lehigh Valley IronPigs during the 2021 season. Adams is a Holy Spirit High School graduate and co-owner of Baseball Performance Center in Pleasantville.

Philadelphia Phillies pitcher Mike Adams plays for the Lehigh Valley IronPigs during the 2021 season. Adams is a Holy Spirit High School graduate and co-owner of the Baseball Performance Center in Pleasantville.