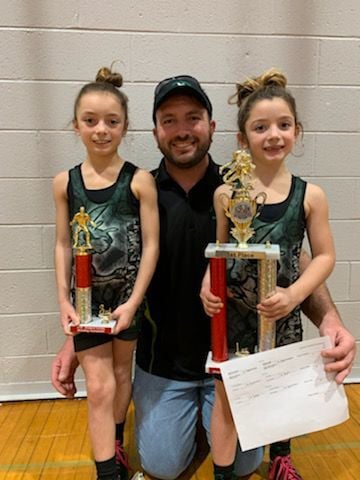 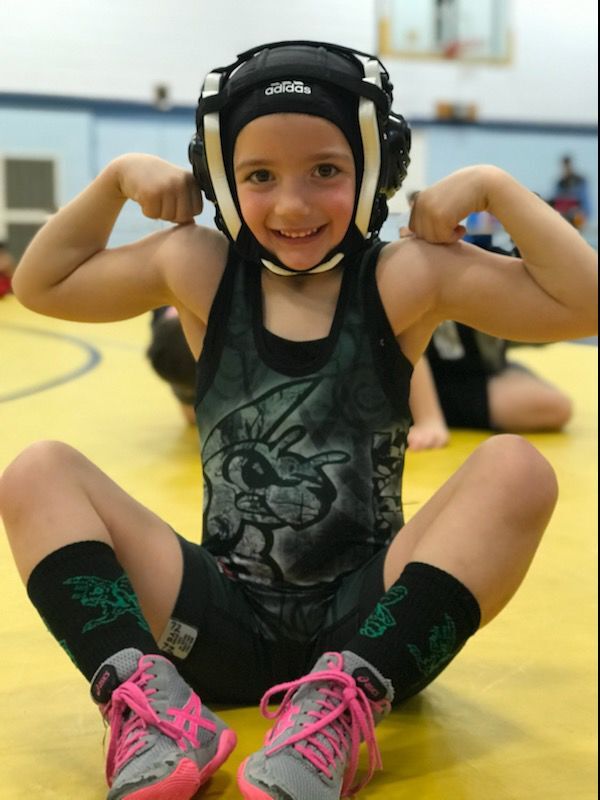 John O'Kane For The Current

The trophy was too big for Keira Cunningham’s travel bag.

“It was 13 pounds and broke the bag strap,” Cunningham said.

Those are the types of problems athletes love to have.

Cunningham traveled to Tulsa, Oklahoma, for the World of Wrestling 24th annual Kickoff Classic on Nov. 20-21 and finished second place at 60 pounds in the under-7 division.

The 7-year-old Sea Isle City resident is already starting to build quite the resume. Cunningham won her weight class in the NUWAY Summer Nationals tournament in Atlantic City in August.

“It was really, really fun,” Cunningham said of the trip to Tulsa. Keira’s 9-year-old sister Brynn also wrestles but chose not to go to Tulsa because she would have had to quarantine from school for 14 days upon returning.

Joe Cunningham is Keira’s dad and doubles as her coach most of the time.

“I tell them they already have more wins and accomplishments than I ever had,” Joe said with a laugh.

Keira won an 8-6 decision against Joely Hunt of Oklahoma in her first round robin match. She then lost by fall to Bryher Horton, a youth state champion from Iowa, to finish in second.

Keira has been wrestling since she was 5 years old. Joe said he never mentioned wrestling to his daughters and the idea for them to start only came after a family dinner.

“My nephew was at Christmas dinner a few years back telling the girls how he wrestled and she asked me if she could wrestle,” Joe said.

Joe admits he was a bit apprehensive at first.

“I said ‘I don’t know’ but she kept asking and asking,” he said. “Then she started and had some success. I see how big girls wrestling is becoming, and I think it’s awesome that she is growing with a sport that is rapidly growing.”

Girls' participation in wrestling has been growing around the country. The New Jersey State Interscholastic Athletic Association created a girls state tournament in 2019, which Keira attended. She even got an autograph and picture with Chloe Ayers, a state champion from Princeton.

Keira wrestles in the Upper Township rec program as well as Apex Wrestling and competes against boys most of the time. She also travels to Levittown, Pennsylvania, on Friday nights to train with the Misfits Girls Wrestling Club.

Keira also didn’t hesitate when asked about her favorite moves.

Keira enjoys having her dad in her corner as her coach.

Upcoming wrestling events are scheduled but many are still up in the air due to COVID-19 numbers spiking around the country. As of now, however, the Cunninghams plan on going back to Tulsa for Tulsa Nationals in January, the next leg of the World of Wrestling series.

Like many youth sports, the competitions can be more stressful for the parents than they are for the athletes. That goes double for coaches.

“There are times when it brings a tear to your eye,” Joe Cunningham said. “Your whole heart sinks sometimes and then you see how happy she is, the smile when she gets her hand raised and how much she loves it — it’s great.”