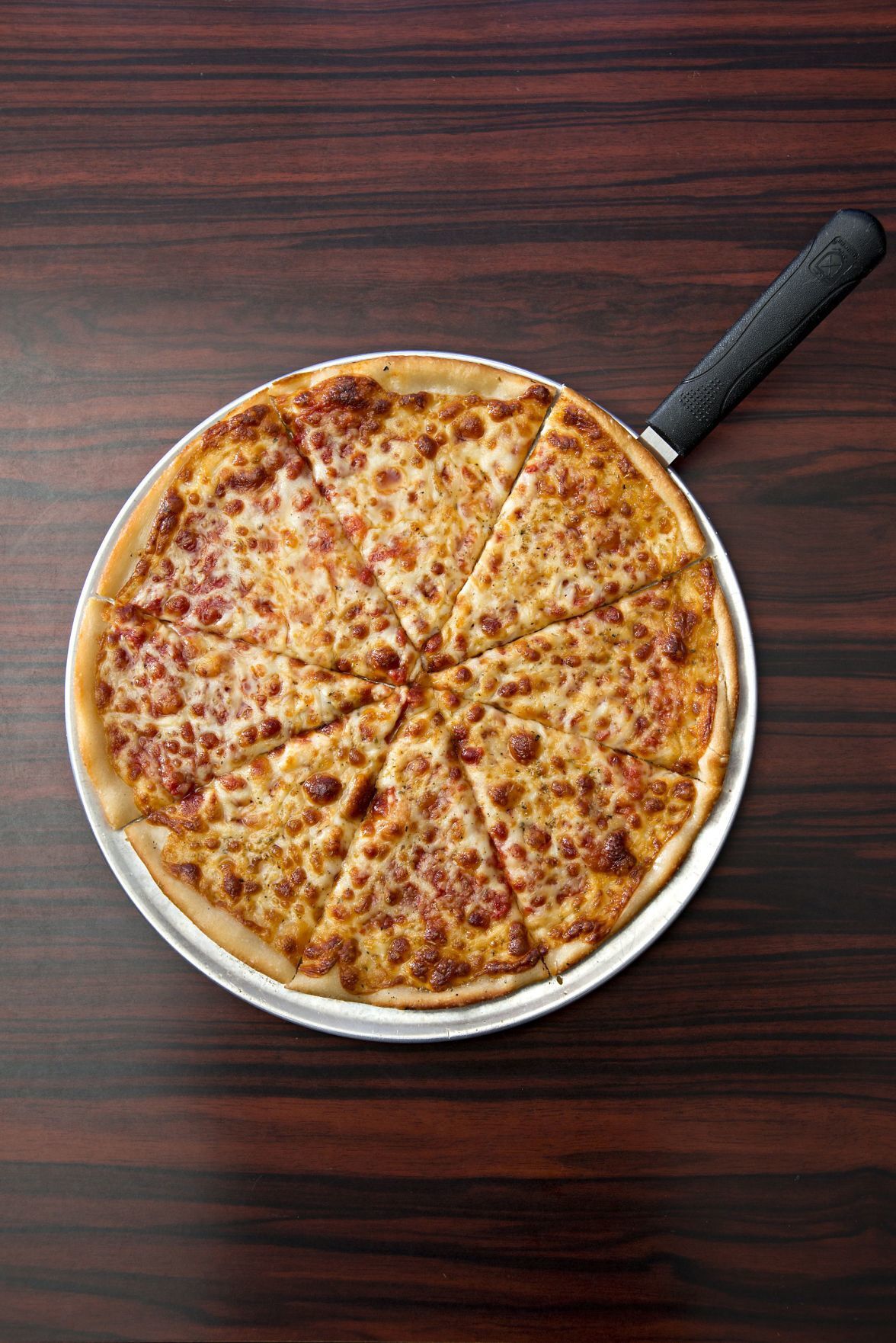 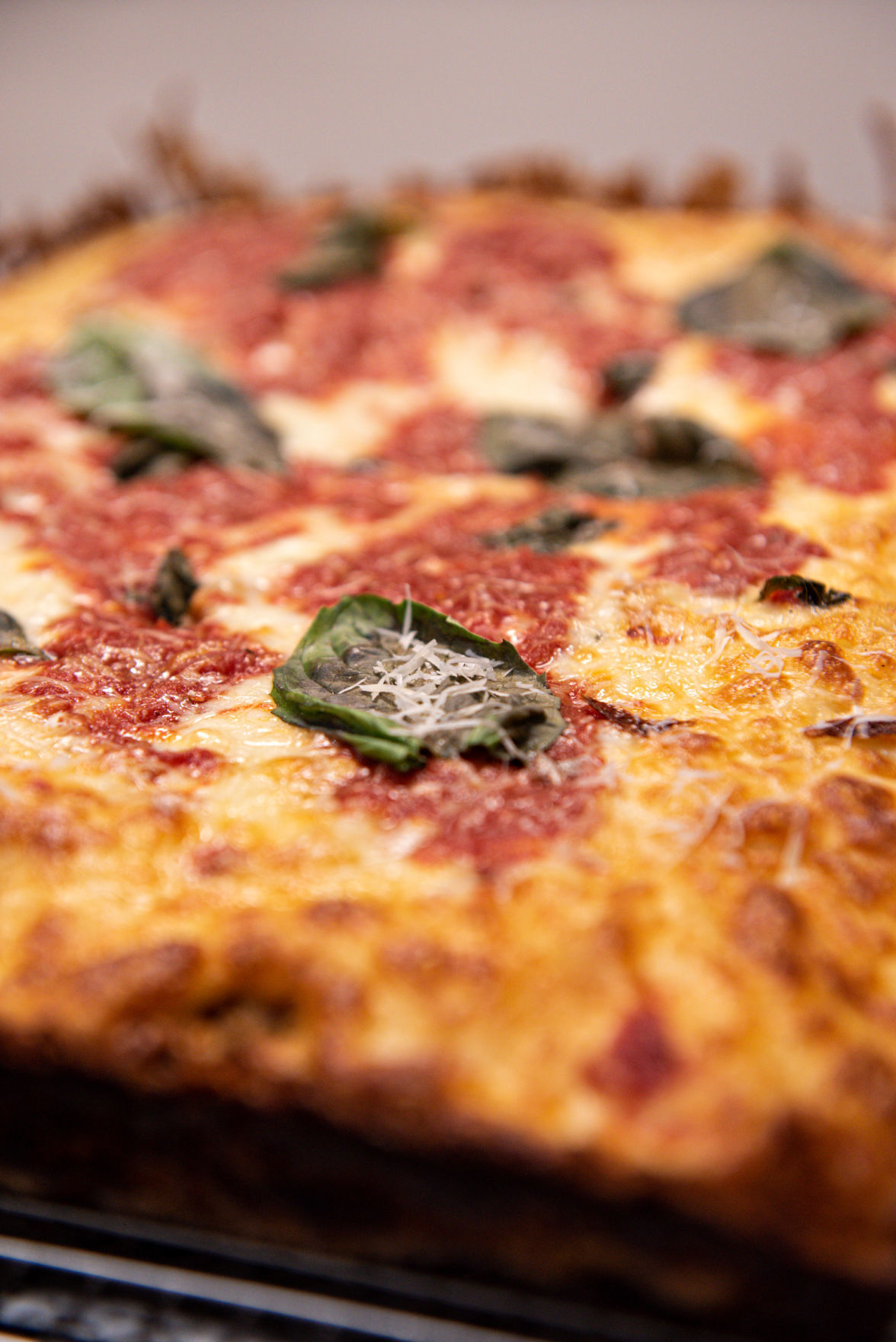 Margherita pizza from Bakeria 1010 in Linwood. 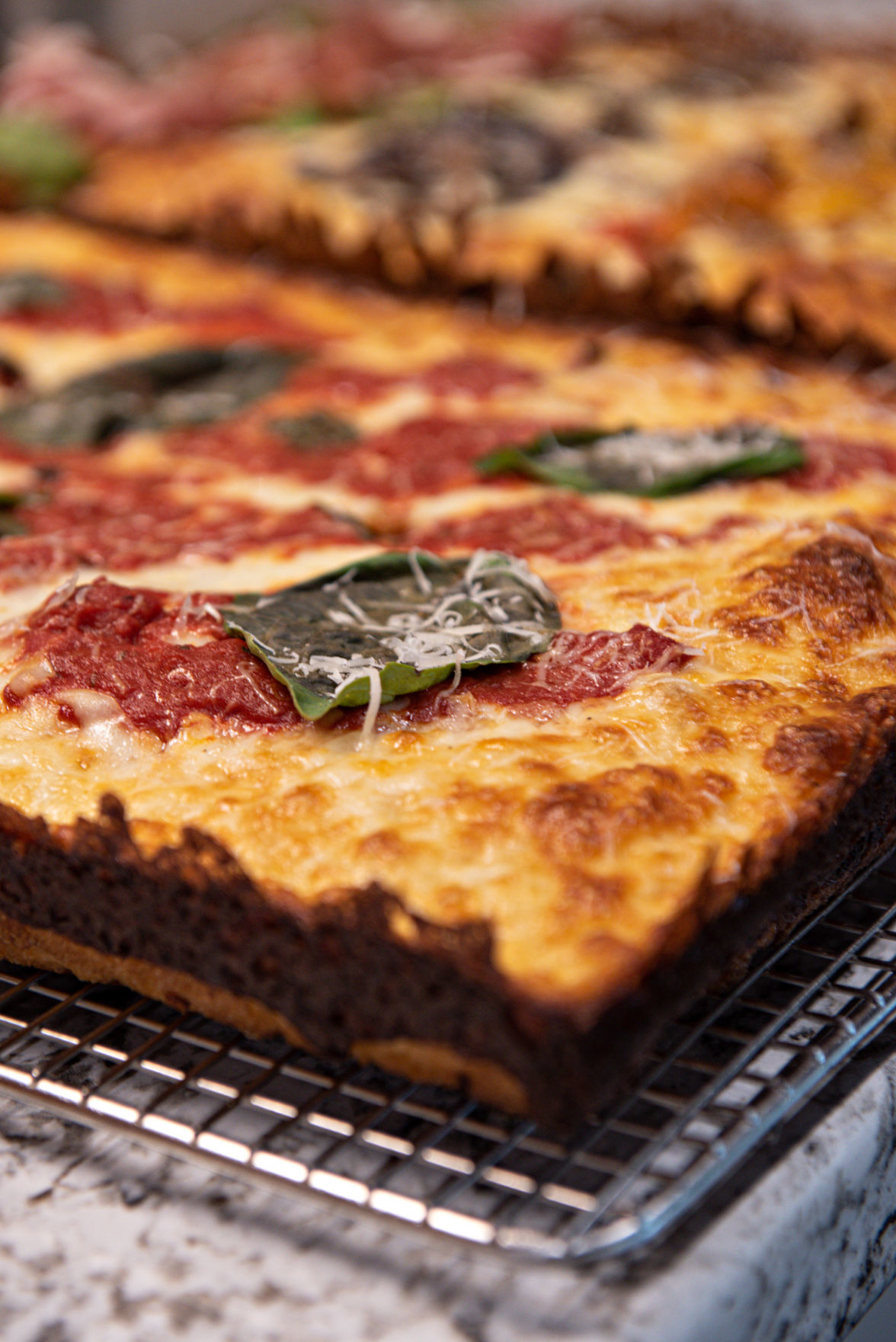 The pizzas at Bakeria 1010 use a special sourdough smuggled from Naples, Italy. 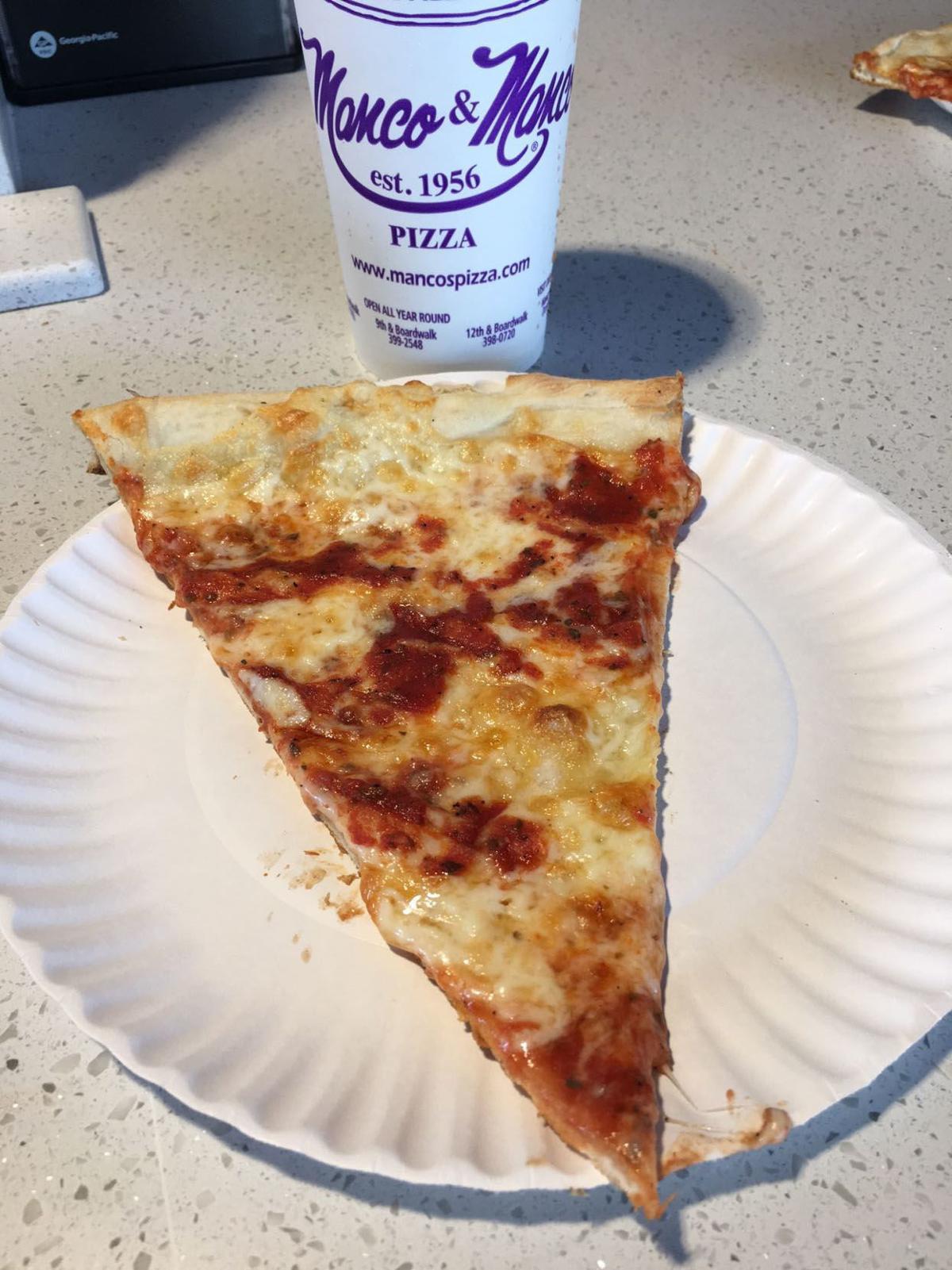 A slice from Manco & Manco in Ocean City. 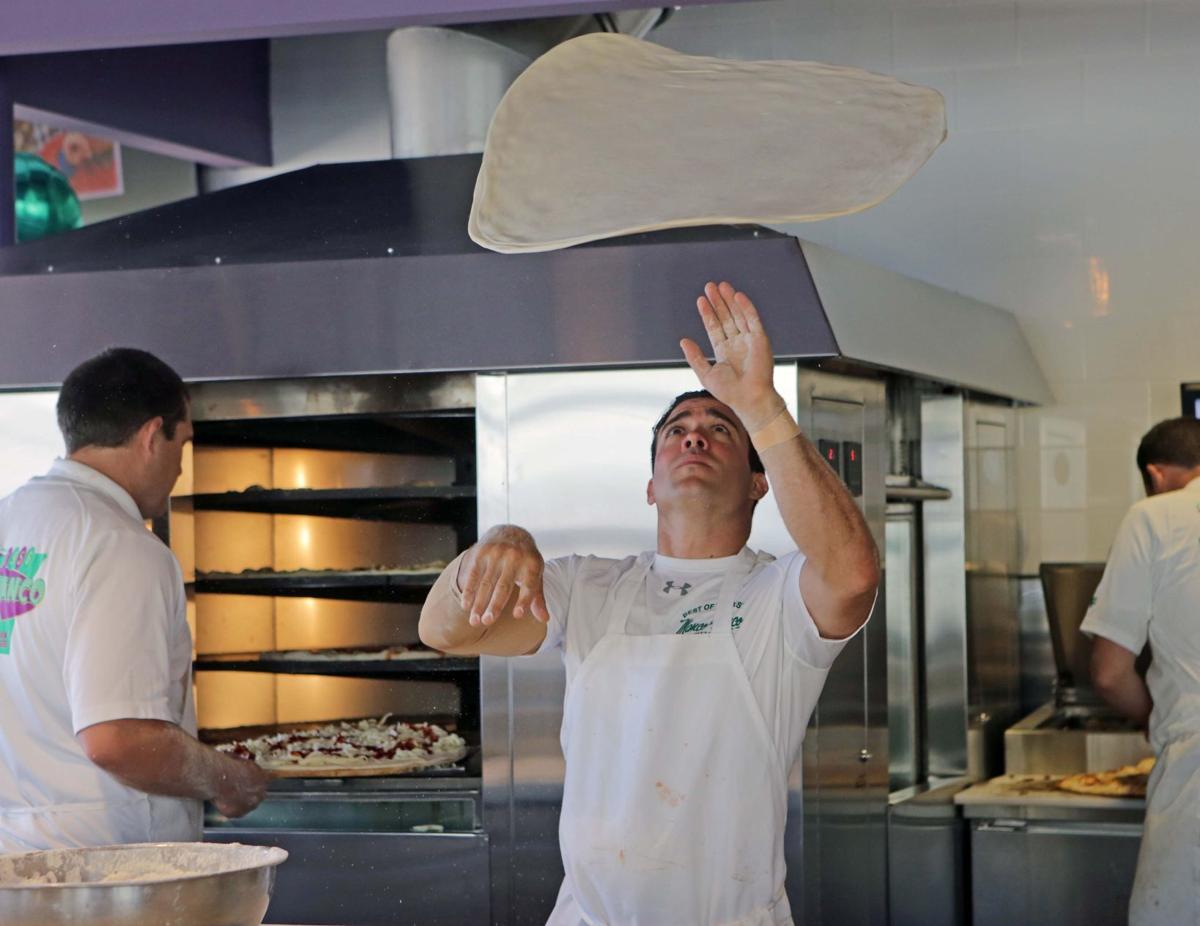 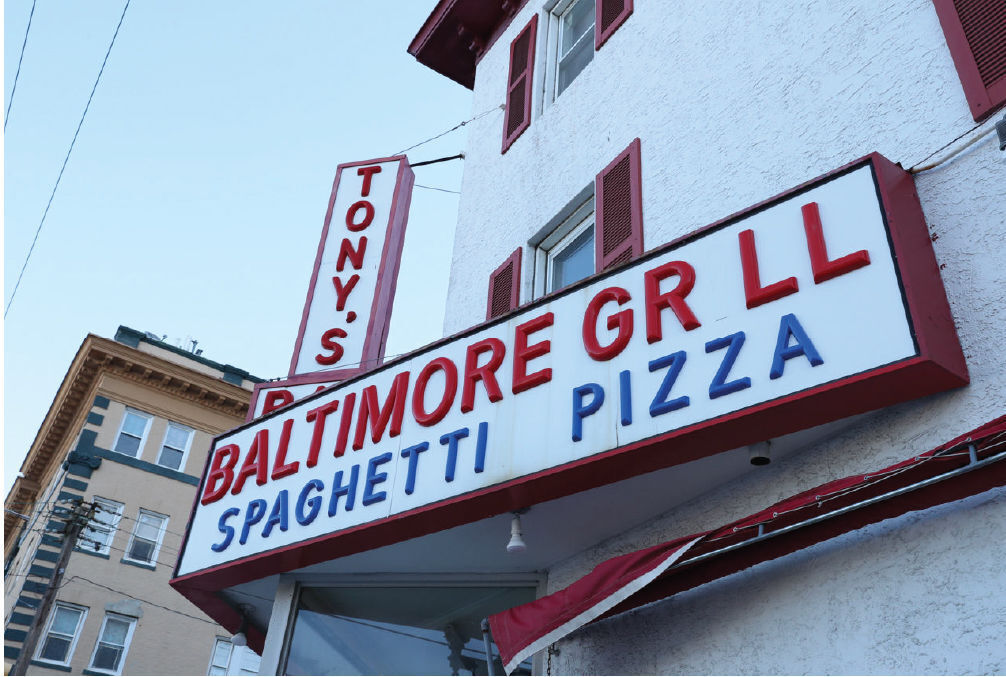 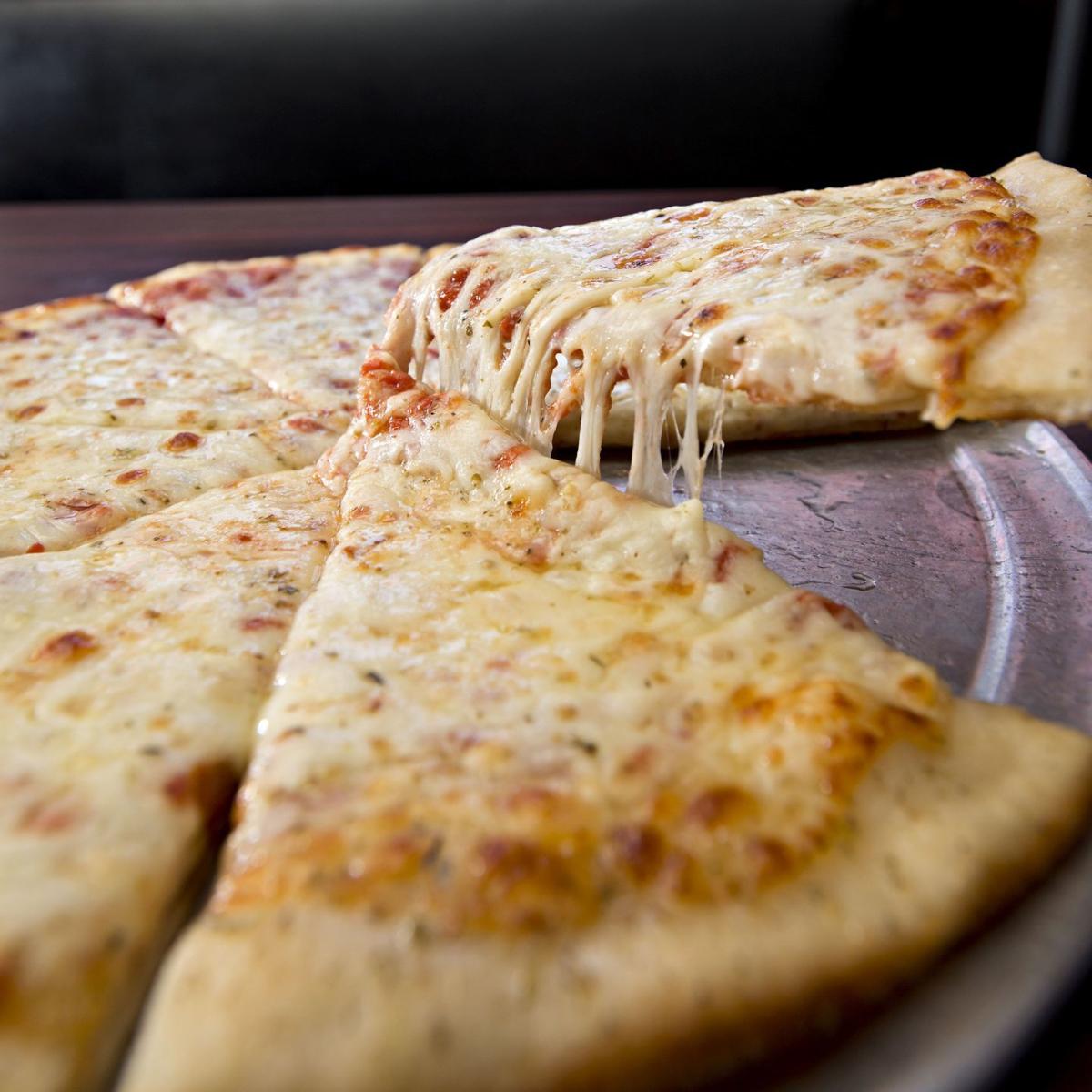 At Tony’s Baltimore Grill in Atlantic City, plain pies are one of its signature dishes. 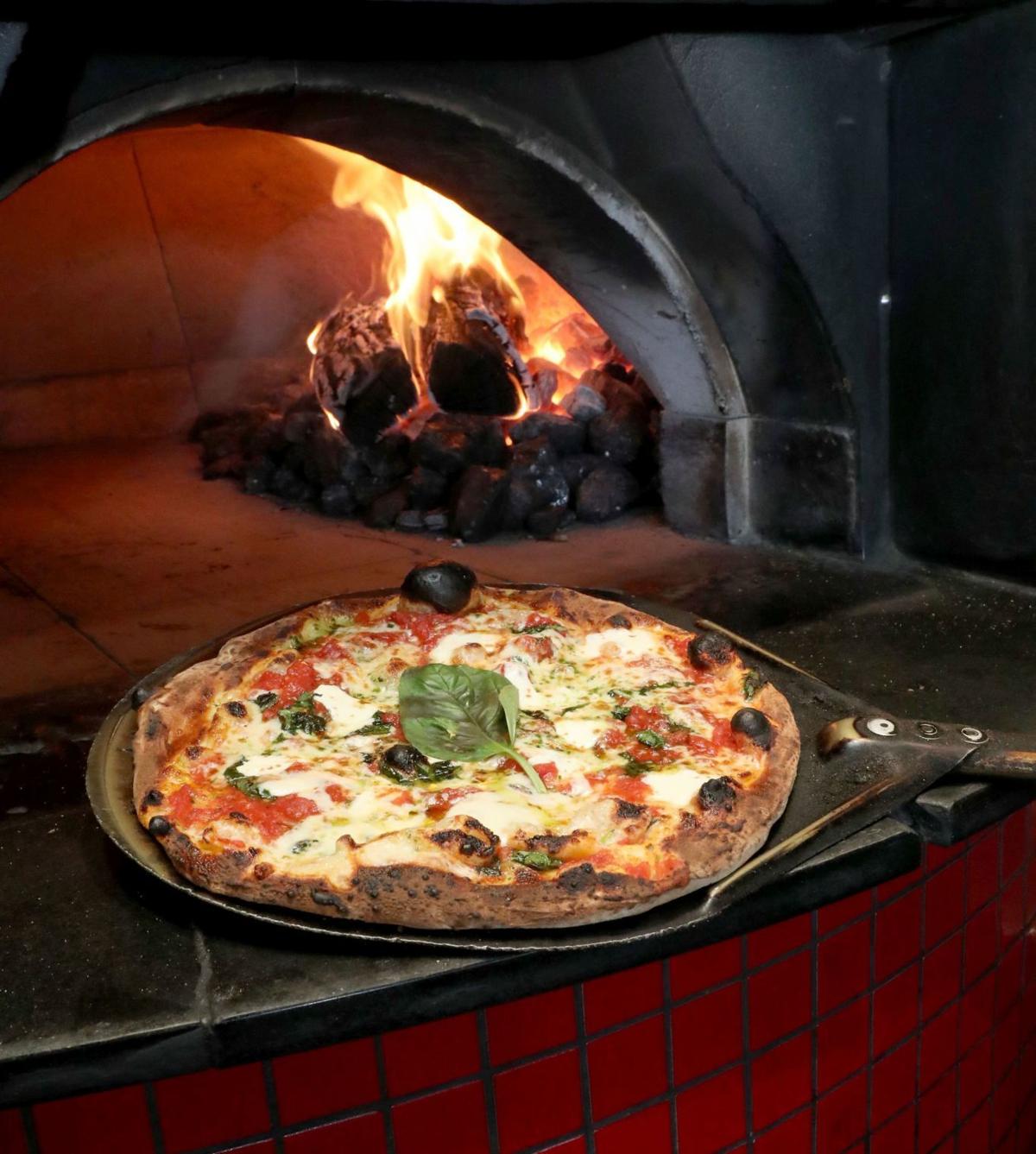 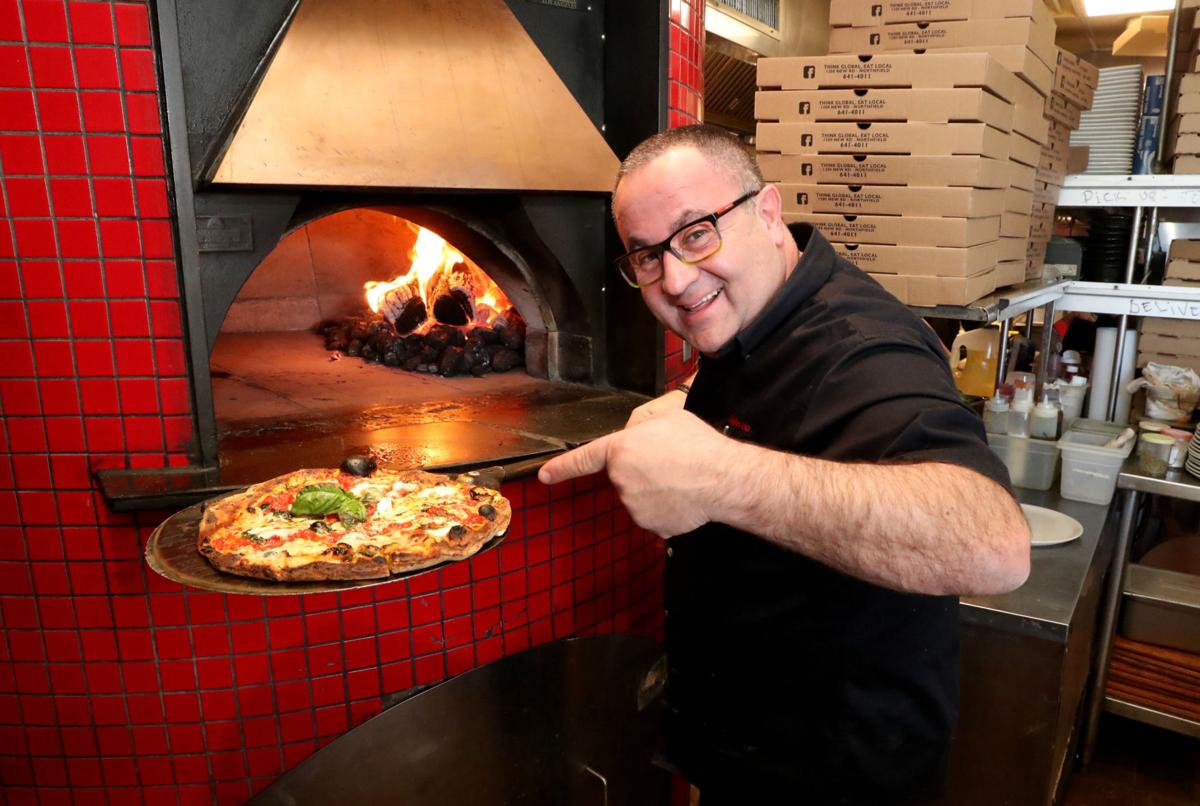 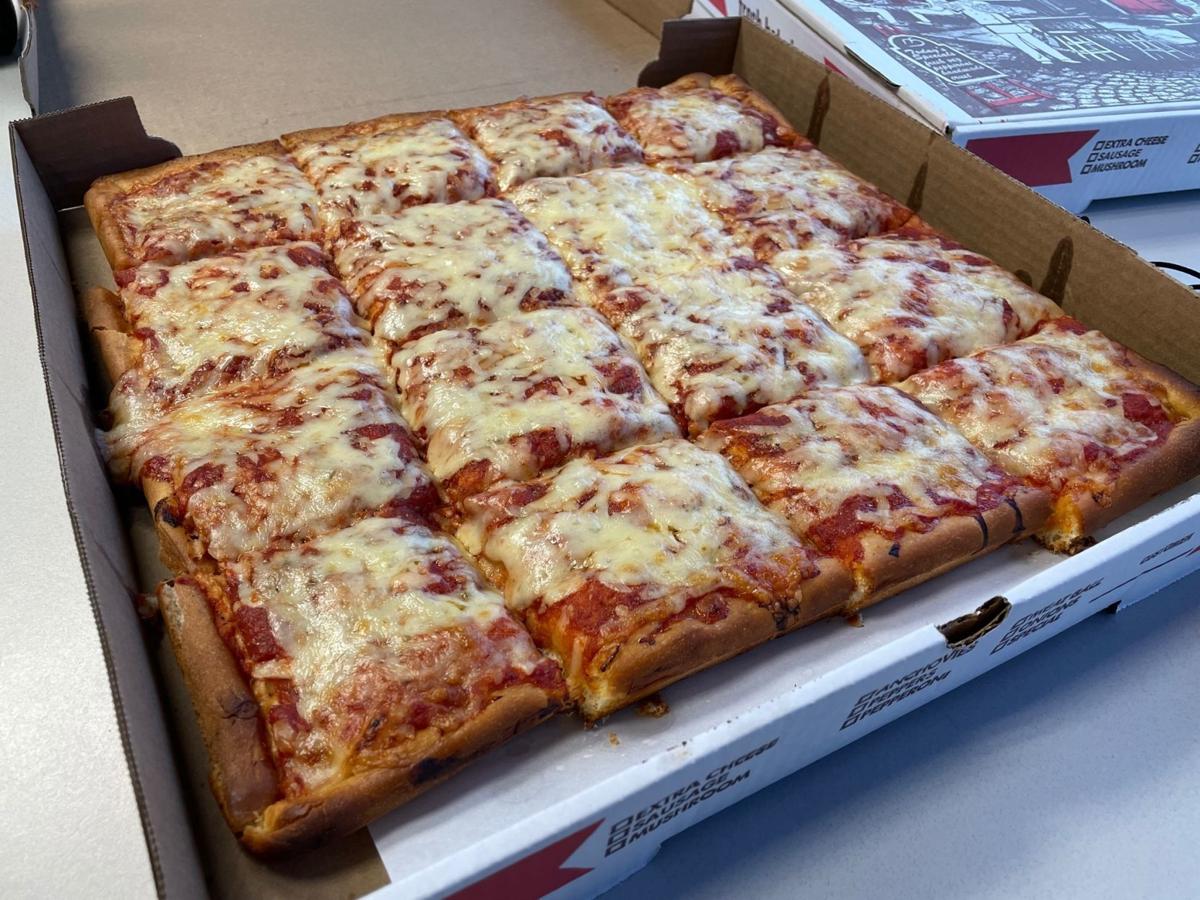 A Sicilian pie from Bruni’s. 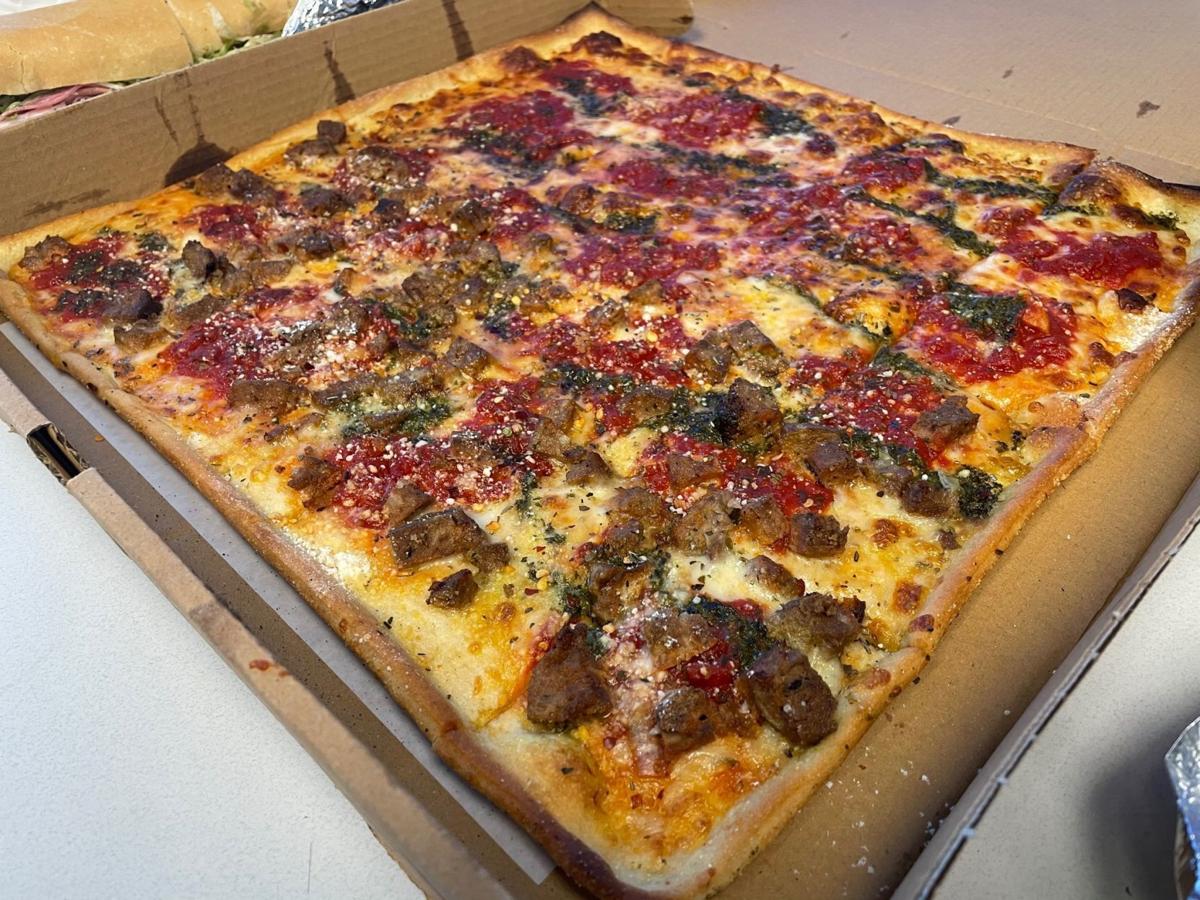 The grandma pie at Maurizio’s.

While New York may be the most famous spot for pizza in America, New Jersey has always had a great reputation when it comes to great pies, as well. But for years that reputation was really reserved for North Jersey. And that makes sense … after all, much of that region serves as a suburb to the Big Apple, and the large Italian population in the area meant that most of the top pizzerias in the state were going to be clustered in that general metropolis.

South Jersey on the other hand was for many years thought of as a pizza wasteland. Sure, there were a few exceptions, places like Tony’s Baltimore Grill and Manco & Manco have always been held in high regard, but as a whole, the area was rarely mentioned in the same breath as its neighbors to the north.

But as the years go by, it seems more and more truly outstanding pizza shops have made their way to our neck of the woods. Crusts have gotten crispier, sauces have gotten tangier and more than a few places have started to get a real buzz going, serving as more than just a remedy for people too lazy to cook on Friday night. Spots have popped up to raise the bar for what quality pizza means for our area.

And as the list of fantastic local pizzerias has grown, so has the loyalty of their customers. Which brings us to wonder — who really makes the best pizza in South Jersey?

It’s time to find an answer once and for all!

So with that goal in mind, we are proud to announce the launch of Pizza Palooza — a joint venture between Atlantic City Weekly critics and readers where we dig deep in search of the greatest slices in South Jersey.

The rules are simple: Tell us who makes your favorite pizza. Traditional plain pies only (Sicilian and grandma pies are OK, but no toppings or specialty pizza) — yes, we love a good buffalo chicken pizza, but that’s not what this is about. For this list, we’re keeping it simple.

There will be two divisions — a Top 10 critics’ picks — chosen by Scott Cronick and Ryan Loughlin (food writers and creators of Atlantic City Weekly’s popular Fat Boy Munch Club column), as well as a Top 10 for reader’s picks in which YOU will get to choose your favorite pie. Nominate any pizzeria you like within Atlantic County or Ocean City. Readers may vote for their favorite pizzeria once a day from Thursday, Feb. 4, through Sunday, March 7. Pizzas will be ranked based on who gets the most votes. Winners will be featured in an upcoming issue of Atlantic City Weekly.

Below is the list, but we need you to vote for your favorite – or nominate some we may have missed – at AtlanticCityWeekly.com.

Hungry yet? Good. Order a few pies and get voting!

Below is a list of local pizzerias in case you forgot who is slinging slices in our area. Don’t see your favorite? Add it on our voting page at PressContests.com

and Pizza and Sub Shop

The Local’s Spot (inside Caroline’s)

How did pizza become an American craze?

Though many Italian foods have become popular in America, pizza here is a true obsession. Originally introduced to cities on the East Coast of the U.S. by immigrants from its birthplace in Naples, Italy, pizza began to take off when the concept of the slice was invented; meaning folks no longer had to purchase an entire pie when they just wanted a quick lunch or dinner. The first pizzeria stateside was Lombardi’s, which opened up in New York City in 1905, and is still serving hungry patrons today. Our passion for it has grown ever since, even rising to the level of other adopted favorites like hot dogs, tacos or even the almighty hamburger, as the nearly religious American devotion to dough topped with tomato sauce and cheese almost makes pizza seem more like an American dish than an Italian one. And according to Brittanica.com, it kinda is:

“Shortly after its introduction stateside, pizza became more popular in the U.S. than it was in Italy. This is partly because pizza’s not exactly Italian to begin with. Naples was originally founded by Greek settlers around 600 BC, and pizza is known to have existed there before the city was unified with the rest of Italy in 1861. The cheesy, tomatoey delight wasn’t introduced into greater Italian cuisine until the 1940s. So, at least for a while, pizza was much more American than Italian.”

Whatever country takes the credit, the pizza craze has remained in this nation for more than a century with no signs of slowing down anytime soon. And that’s just fine with us.

Margherita pizza from Bakeria 1010 in Linwood.

The pizzas at Bakeria 1010 use a special sourdough smuggled from Naples, Italy.

A slice from Manco & Manco in Ocean City.

At Tony’s Baltimore Grill in Atlantic City, plain pies are one of its signature dishes.

A Sicilian pie from Bruni’s.

The grandma pie at Maurizio’s.