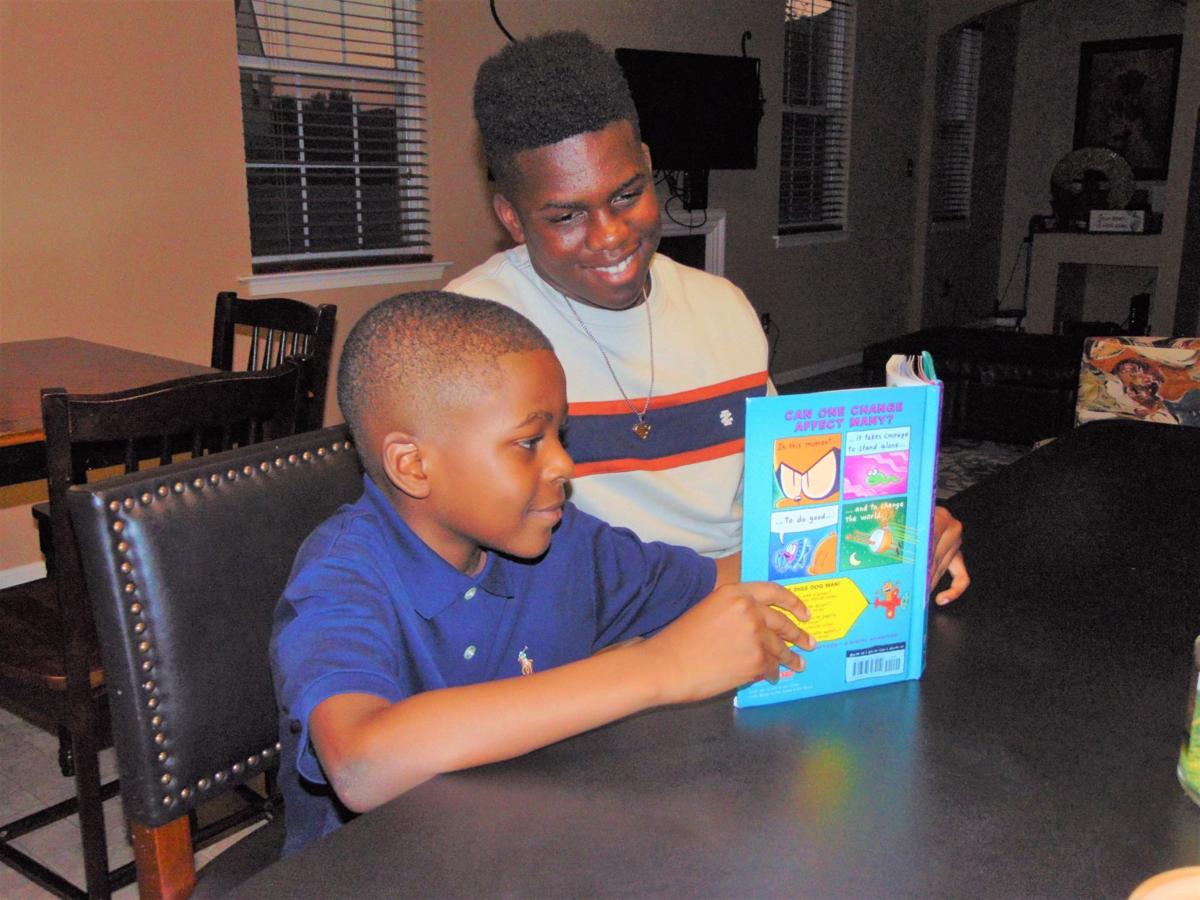 Josh Burroughs watches as his brother Jacob, 8 reads one of his favorite books. 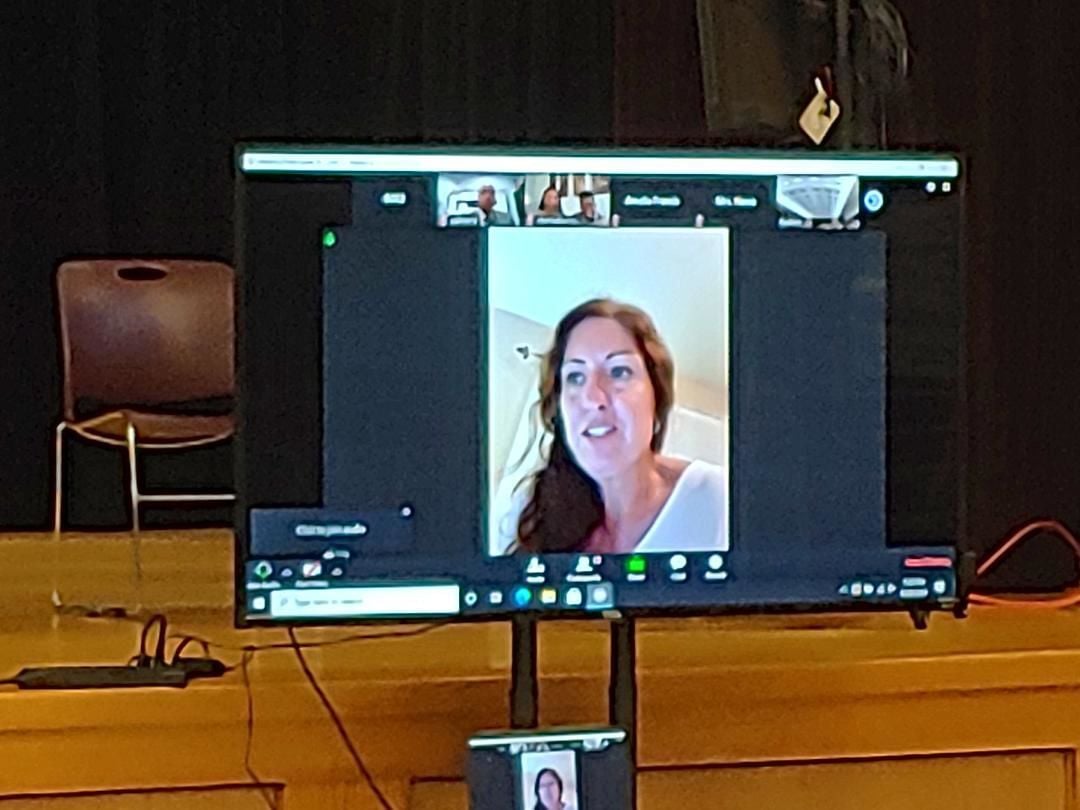 William Davies Middle School teacher Amy Carter virtually reads her comments that nominated Joshua for the award during the school board meeting.

HAMILTON TOWNSHIP — On Sept. 15, Houghton Mifflin Harcourt announced the nine recipients of its 14th annual Read 180 Student Awards. The awards celebrate students who have overcome considerable challenges to succeed in school. Included in the group was 14-year-old Joshua Burroughs, of Mays Landing. His award capped off a remarkable turnaround.

When Joshua entered sixth grade at the William Davies Middle School in Mays Landing he did so with learning disabilities that made it a difficult struggle for him to read. His teacher, Amy Carter, credits the Read 180 Program that the school district embraced for his amazing improvement. She also cited Joshua for his willingness to learn.

“From sixth grade through eighth grade, Josh came to school every day with one goal, to learn,” Carter wrote on her nomination form submitted to Houghton Mifflin Harcourt. “He was serious about his education, he used teacher feedback to make improvements, and he took a genuine interest in our topics. His favorite part of class was talking about plot details in the novels he read. He has always plowed forward, one step each day. When you think about the cards stacked against him, you can imagine the effort and determination that Josh put forth each, and every day.”

“I was lucky enough to have had Josh in class in both seventh and eighth grade. He volunteered to read every day and that is not an exaggeration. And reading out loud for Josh was difficult because he would stutter as he processed the words. Literally every day he would volunteer to read in front of the class. Most days I wanted to run over and hug him because again he just plowed through. His self-confidence grew stronger because he knew he was progressing as a reader.”

“But besides academically, he matured as a person. He started wearing contacts rather than glasses. He tried out and made the local football team, which was a huge step because Josh is not a center-of-attention type of kid. That camaraderie on the field carried over to more confidence in the classroom. He was Davies student of the month and he was accepted to the National Junior Honor Society. He took the opportunities provided in our district and applied to magnet programs at local high schools and was ultimately accepted to the Junior ROTC program at Oakcrest High School, where he can pursue his dreams of law enforcement.”

“If you used a dictionary to look up “kind,” Joshua Burroughs’s face should be pictured. If you looked up “motivated,” Josh’s picture should be there, too. If there was a dictionary entry for “perfect student,” Josh would be the definition. On top of all of this awesomeness, Josh is just a really, really nice kid.”

William Davies Middle School Principal Darren Palmer agrees. “He could always be counted on to say hello and reach out his hand when he saw me in the hallway,” he said. “He is that type of young man.”

Josh was recognized at the Hamilton Township Board of Education meeting Monday, Sept. 28. “You did something extraordinary to receive national recognition,” Superintendent Frank Vogel said. That led board members to give a standing ovation to Josh, who watched, with a proud smile, virtually, with his mother, Cherise, from his living room.

Joshua is now a freshman at Oakcrest High School, where he is a lineman on the school’s junior varsity football team. He continues to read each night, is earning A's and B's in each subject and is anxious to return to in-school learning.

“I am extremely proud of Josh,” his mother said. “He is very deserving of this recognition. I have always stressed to him the importance of hard work, discipline and resiliency, and he has always exceeded my expectations.”

Josh will receive a $500 Amazon gift card for his honor.

Josh Burroughs watches as his brother Jacob, 8 reads one of his favorite books.

William Davies Middle School teacher Amy Carter virtually reads her comments that nominated Joshua for the award during the school board meeting.