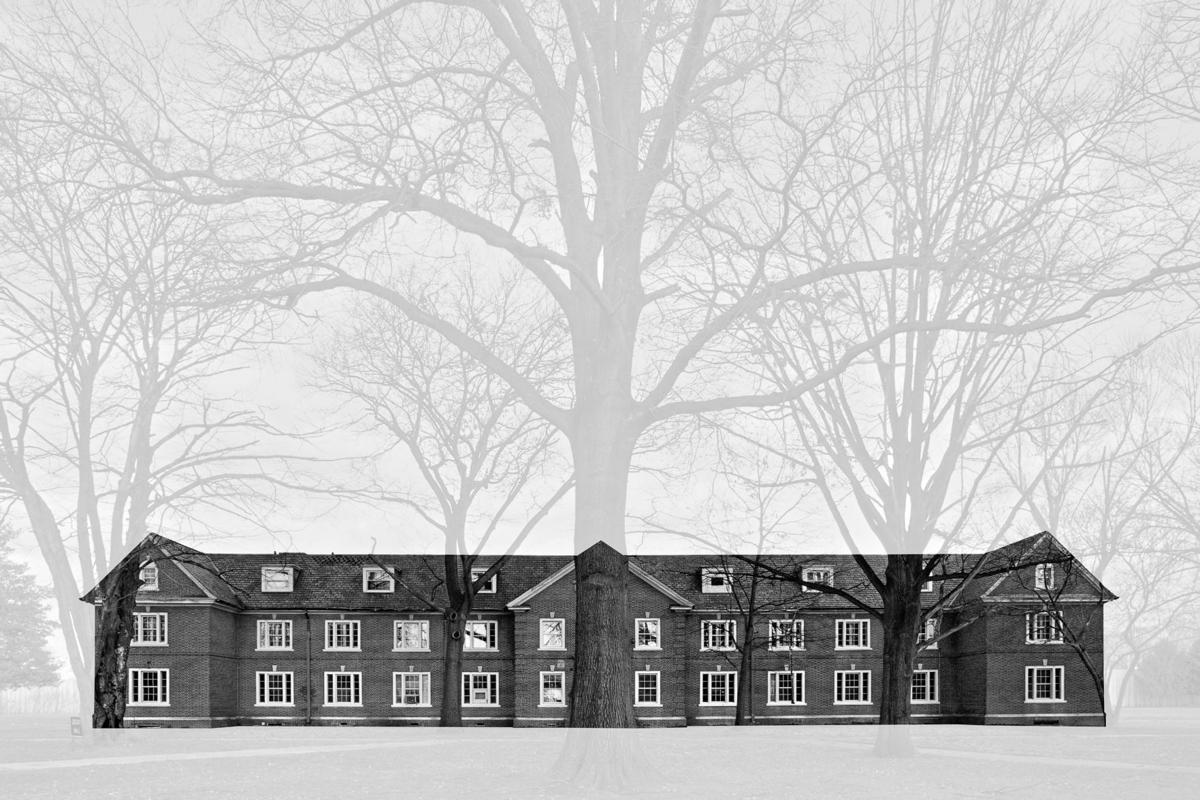 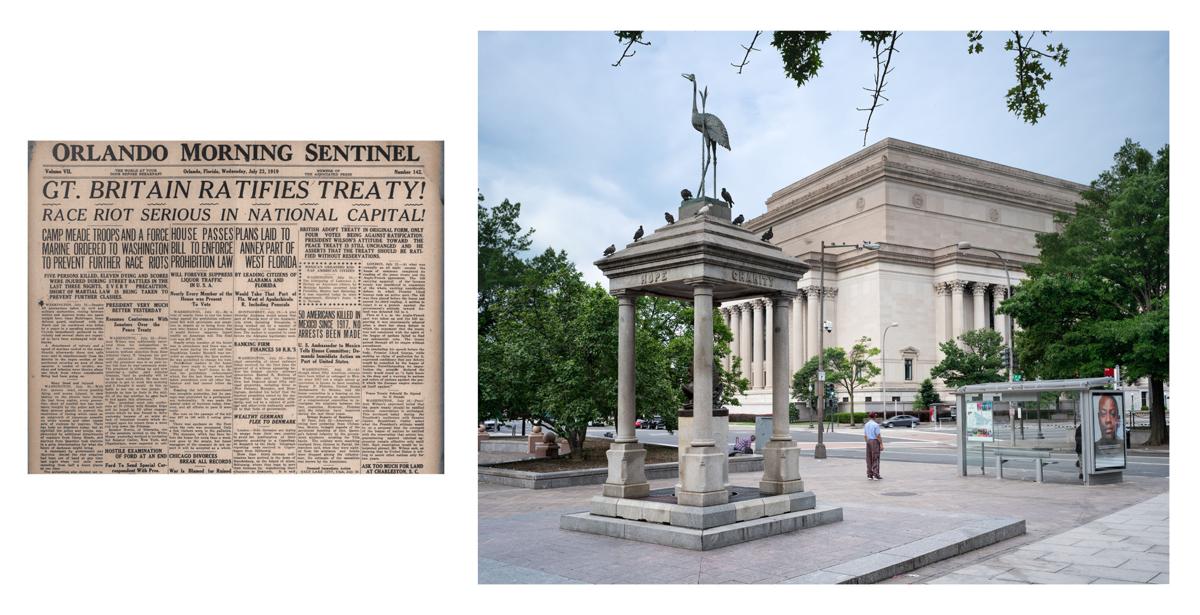 Submitted by Diane D’Amico Director of News and Media Relations

Galloway Township — An exhibition of artwork that examines racial inequality in America will be on display at the Stockton University Art Gallery from Jan. 25 through April 1.

Seventy-three pieces by New Jersey artists Casey Ruble and Wendel White are featured in the exhibition titled “The Question the Answer Hides.” Most are from the two artists’ respective “Red Summer” projects, referencing the 1919 race riots and attacks on Blacks who migrated from the south for work after World War I.

White is a Distinguished Professor of Art at Stockton. Each piece of his “Red Summer from 1919 to 1923” project includes a newspaper article of white on Black violence from that time offset by a photograph he took of how that site in looks today. Each photograph of a mundane and ordinary location with a violent history.

Also included in the exhibition is a selection of photographs from White’s “Schools for the Colored,” a project described by the artist as: “the architecture and geography of America’s educational apartheid, in the form of a system of ‘colored schools’ within the landscape of southern New Jersey, Pennsylvania, Ohio, Indiana, and Illinois.”

Casey Ruble’s works are small paintings, ink on paper. They are selections from her 2016-2019 Smithsonian Artist Research Fellowship titled, “Red Summer: A Look At, and Away From, American’s Deadliest Year of Interracial Violence Through a Re-rendering of Forty-Seven Objects From That Year in the Smithsonian’s National Portrait Gallery.”

The National Portrait Gallery features individuals “who have made significant contributions to the history, development, and culture of the people of the United States.” In 1919, all of the subjects were white and did not reflect the racial strife going on at the time.

Ruble calls her work “anti-portraiture.” She removes the subjects completely or provides an outline or ghostly figures emphasizing the setting, not the sitter.

A virtual conversation with the artists will be held at 2:30 p.m. Feb. 18 via Zoom. More information is online at stockton.edu/art-gallery.

The art gallery, located in L-wing on the Galloway campus, is open Monday through Friday 11 a.m. to 4 p.m. and Saturday 11 a.m. to 6 p.m. Face coverings are required. Weekday visitors should get a virtual parking permit at Visitor.Stockton.edu which is mobile friendly.

Some things to know about LED light bulbs

The Light Emitting Diode (LED) light bulb has been a game changer for residential and commercial use. This technology, using a simple exchange…

Galloway Township — Mark Giannantonio, President and CEO at Resorts Casino Hotel, Atlantic City has been named the new chair of the Advisory B…

To further ensure their customers who need assistance on their utility bills receive help, South Jersey Gas and Elizabethtown Gas are donating…

Those who attended East Lynne Theater Company's 2019 gala, are still talking about how much they enjoyed Jenna Pastuszek singing the signature…

Student music competition set for May

The Friends of the Pops will hold their 11th annual high school student music competition in May. We are informing all music teachers, student…

Reich Report: What is a SPAC?

Lately, there has been a lot of media coverage on SPACs or special purpose acquisition companies. But what is a SPAC? Essentially, a SPAC is a…