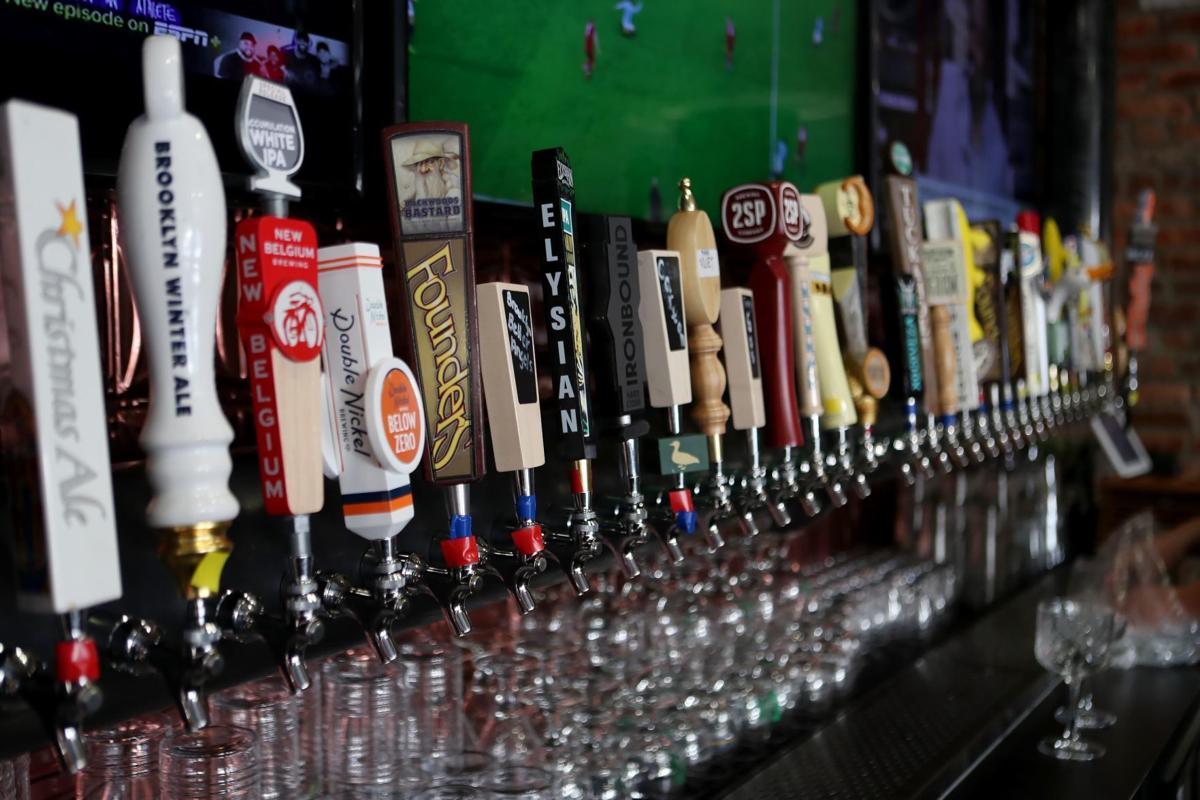 With 40 beers on tap and around 100 more in bottles and cans, the selection is the best in town at Tennessee Ave Beer Hall.

It’s hard to imagine Atlantic City without the Orange Loop. And it’s even harder to imagine the Orange Loop without one of its signature hotspots, Tennessee Avenue Beer Hall. But just a few years ago such was life, as the Beer Hall didn’t open its doors until November 2018.

“It’s been a wild and exciting ride,” says owner and local entrepreneur Mark Callazzo. “Somehow we have managed to exceed our expectations since opening, and we are thrilled to be in a position to celebrate after facing all the challenges of the last few years.”

Starting 6 p.m. Wednesday, Nov. 24, the Beer Hall will host a celebration to mark their 3rd anniversary, which also happens to fall on everyone’s favorite party night, Thanksgiving Eve. Here are five reasons to check it out:

The OccasionLet’s face it, you were probably going out on Thanksgiving Eve anyway. However, the fact that Thanksgiving is the next day barely qualifies as a real reason to celebrate. But an anniversary? Well, that’s a perfect excuse to go out and have some drinks! So why not head to the Beer Hall and join the party?

The TunesNobody likes a silent celebration – it’s awkward, and it makes you wanna leave. Luckily, the folks at Tennessee Avenue Beer Hall are aware of this and have put together a killer night of entertainment. DJ Skyline will get things rolling from 6 to 9 p.m., with the classic rock band Robert’s Basement performing live from 9 p.m. to midnight.

The DrinksNo matter when you go, a trip to Tennessee Avenue Beer Hall always includes some incredible beer options. With 40 beers on tap and around 100 more in bottles and cans, the selection is the best in town. And on Wednesday, select beers will be $3, as will Jell-O shots. And we all know you’ve got a serious party going when somebody busts out the Jell-O shots!

The GrubSince opening its doors, the Beer Hall has cemented its reputation as one of the top gastropubs in the area thanks to the creative culinary skills of Chef Charles Soreth. For their 3rd Anniversary party, Soreth will offer specials on “The Beer Hall’s Greatest Hits,” which will include items such as French Onion Mac ’n’ Cheese, Cheesesteak Empanadas and a Crispy Fried Chicken Sandwich with coleslaw and sambal honey ($12 each). And if you get there early, there will also be a $3 burger and a $3 hot dog available until 6 p.m.

The VibeIf you are one of the few folks that hasn’t enjoyed a night out at Tennessee Avenue Beer Hall, you have been missing out on one of the most enjoyably chill atmospheres in the South Jersey bar scene. The vibe is always friendly and welcoming. The inside features an awesome bar with taps galore, some old-school pinball machines, tons of televisions, and walls dotted with fun, pop-art pieces from local artist Mike Bell. And the outdoor area makes itself useful year-round thanks to its heated bar with 40 taps, a firepit and a tent with multiple outdoor heaters that keep everyone snug while the bands play and the beers flow.

‘Tis the season … for a good, stiff drink!

Ocean Casino Resort has just given us a new reason to stop in for a night of fun. It’s called Nola’s Bar & Lounge, and it’s the newest addition to the nightlife scene at the resort. Wondering if you should go? Here are five reasons to check it out.

Ocean Casino Resort has just given us a new reason to stop in for a night of fun. It’s called Nola’s Bar & Lounge, and it’s the newest addition to the nightlife scene at the resort. Wondering if you should go? Here are five reasons to check it out.

With the holiday season fast approaching, not only do we need to be mindful of what to wear for Thanksgiving, Christmas and New Year’s Eve — but all the social gatherings in between these key dates. There’s Friendsgiving, the office holiday soiree and all those other dinner dates catching up with old colleagues, friends and family members. And, with each new event comes the need to look fresh, festive and comfortable for the occasion.

Where you can party the night before carving the bird

As Thanksgiving rolls around, there are all kinds of things to be thankful for—friends, family, a new Target in Somers Point, you know the drill. And as much as we’re grateful for all of those things, this year we’re particularly grateful for being able to get together for Thanksgiving Eve, a night known for it’s homecoming-like atmosphere as much as for its raucous debauchery after over a year of COVID.

With 40 beers on tap and around 100 more in bottles and cans, the selection is the best in town at Tennessee Ave Beer Hall.