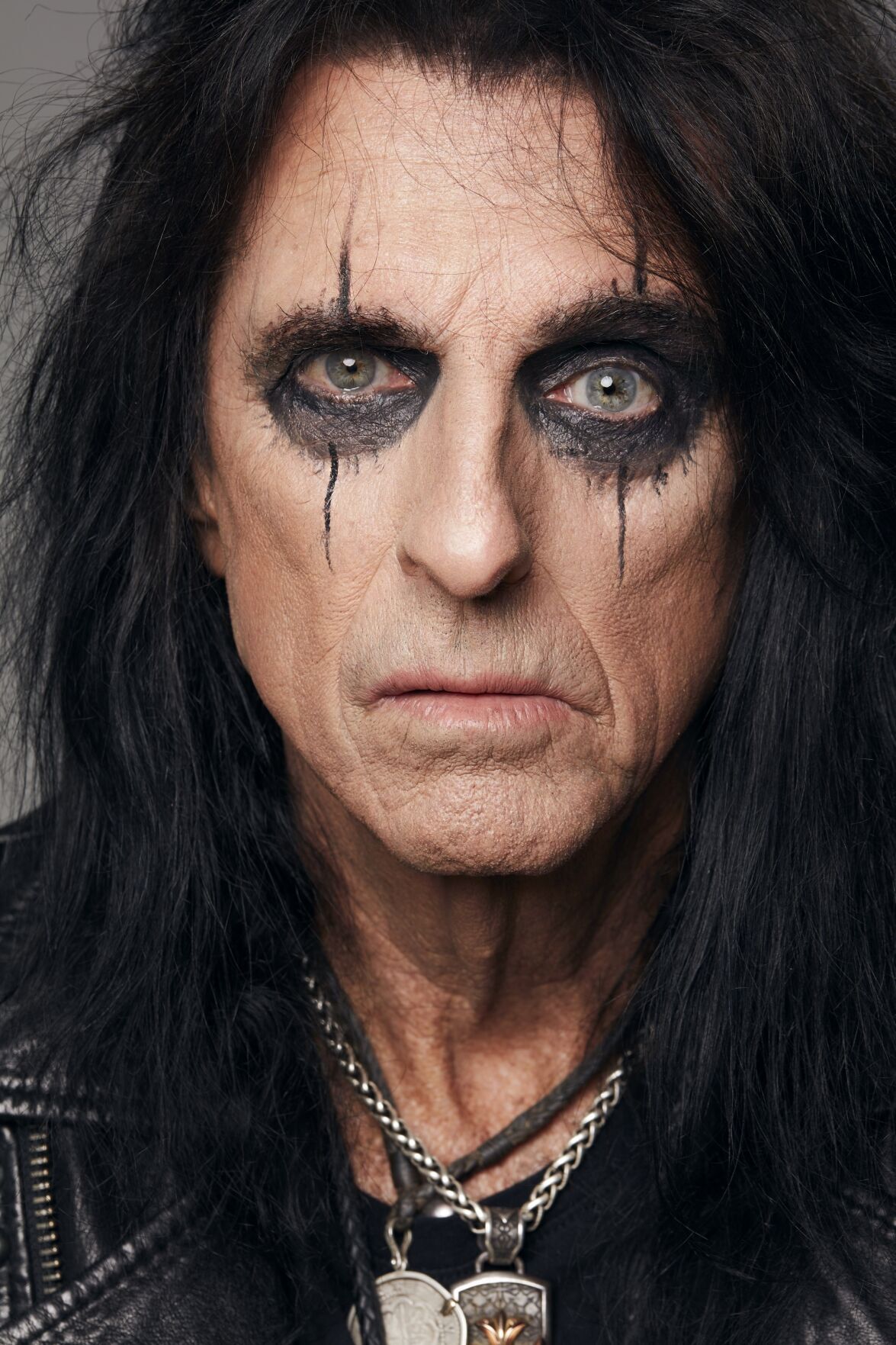 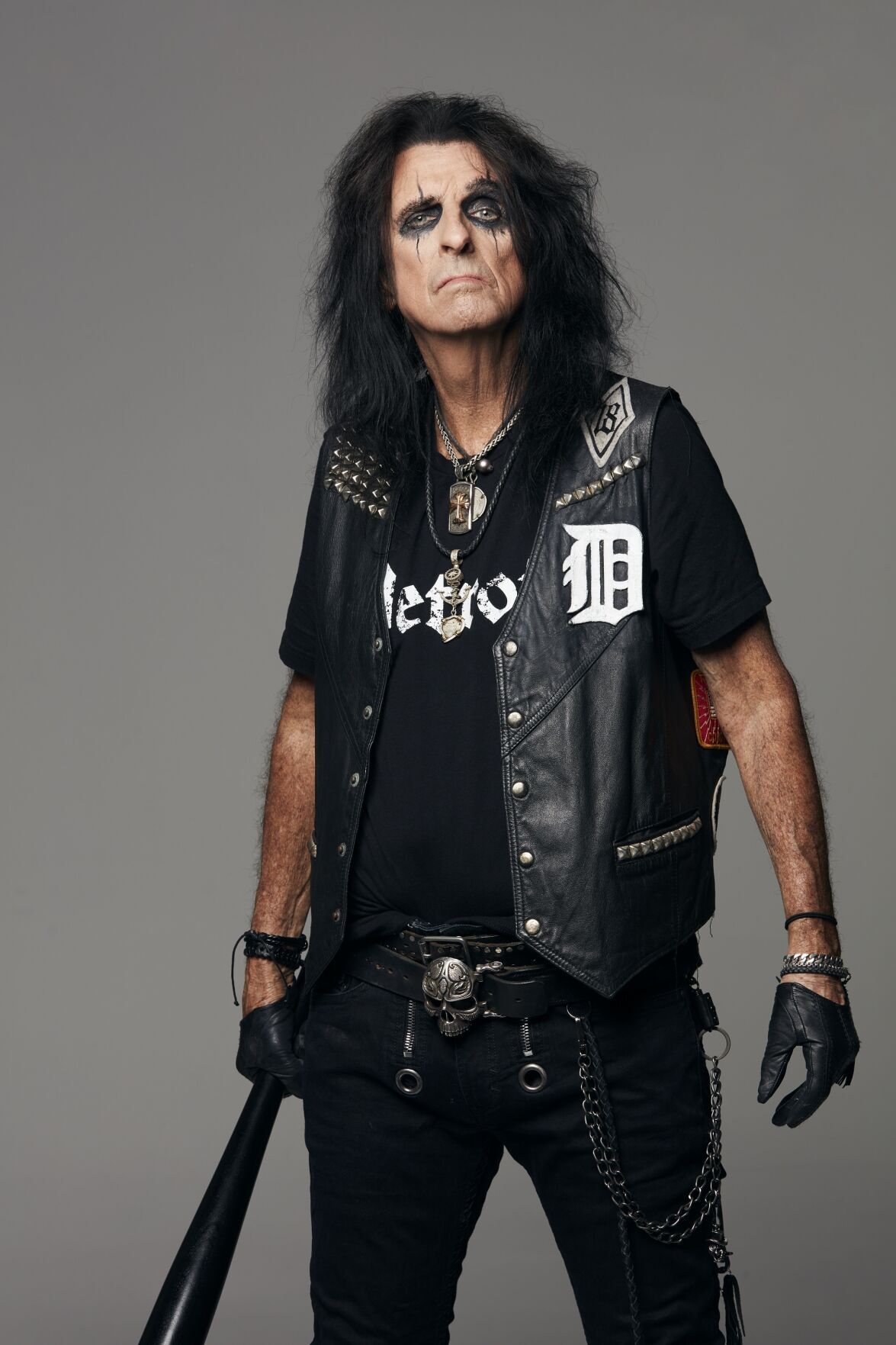 Rock music has always been a little threatening. When it first came out in the 1950s, even something as mild as Elvis’ shaking hips were famously considered too risqué for young viewers. And who could forget the images of Beatles records being steamrolled and burned by those who were certain they were tools of the devil himself? Rock music has a history of being scary to some people, but an actual horror movie-style scary rock singer? Well, that didn’t exist until Alice Cooper came along.

Cooper is the original shock rocker. Long before the likes of Marilyn Manson, Slipknot or even KISS, Cooper was donning creepy makeup and utilizing macabre, haunted house-style stage props to put forth his villainous image in grand fashion. And now, more than 50 years after his first music was released, Cooper maintains his menacing ways with a new album, “Detroit Stories,” and a new tour, which stops at Ocean Casino Resort 9 p.m. Friday, Sept. 17.

We had a chance to chat with the godfather of shock rock about his image, his music and what keeps him going after so many years.

RYAN LOUGHLIN: How you doin’ man?

ALICE COOPER: I’m doing great, it’s the calm before the storm. We haven’t been on tour in a year and a half, and everyone’s almost giddy!

RL: After this much time off, it’s gotta be awesome to be going back out on tour.

AC: Yeah, it’s going to be great. Every band I know is sort of feeling like race horses at the starting gate. Everyone wants to just start playing again.

RL: What originally inspired the character of Alice Cooper? Were you always a fan of the darker elements of art?

AC: Well, I always saw the comedy in the villain. To me, the villain always had the best lines. Even though you knew he was going to get it in the end. And at the same time, rock ’n’ roll needed a villain. Rock ’n’ roll didn’t have a villain. When we did the thing in Toronto – the chicken incident- somebody threw a chicken onstage, I threw it back in the audience, thinking it could fly because it had wings. The audience tore it to pieces, and the next day in the paper (the headline says) “Alice Cooper kills chicken.” And at that point, Frank Zappa calls me up and says, “Did you kill a chicken on stage last night?” and I said “No,” and he says, “Well, don’t tell anybody- they love it!”

And at that point I realized that rock needed a Captain Hook. And horror, comedy and rock ’n’ roll is a great salad. And there it was – Alice Cooper. I was this thing that nobody could explain. But the music is what carried it. You can’t be Alice Cooper or any character like that if you don’t have the music. If you don’t have the music, you are a puppet show, and you’ll last for about 12 minutes.

RL: Have you ever felt artistically trapped by the character of Alice Cooper? I would think the tone of that character would make it hard for you to put out something more straightforward.

AC: I realized you could get painted into a corner very easily if you’re just going to be this spooky guy. So I started doing the Johnny Carson show. I started being a talk show guest where I could make people laugh. And Johnny knew that, and he would put me on. And I would get the audience to laugh. And then I started taking acting parts in stuff that I never should have been in, and the Alice Cooper character broadened and all the sudden I was available to do other things.

RL: With a career as long as yours, you could easily choose to just tour and never record an album again, yet you just put out “Detroit Stories.” Are you as inspired now as you were back then?

AC: This is what we do. Ask Bob Dylan, Paul McCartney or The Rolling Stones, and they will all tell you the same thing: It’s what we do. We write songs, we record songs and we put them out. The Golden Age of selling records is gone. We were lucky enough to be in that era when we made all our money then. There is a big difference in having to tour and wanting to tour. And that happens when you get to a certain financial stage where you just go, “Yeah, I could quit and not make any more records.” But the artist in you says, “I haven’t written my best song yet. I haven’t done my shows yet.” And that’s what keeps you going.

RL: Do you think it’s still possible to shock audiences these days?

AC: You can’t shock audiences anymore. With what has gone on in the last 20 years in the world ... I mean ISIS is really cutting people’s heads off. Whereas I am doing the guillotine onstage — it’s a trip. The joke I used to say was that I can shock an audience, I can cut my arm off on stage, but I can only do it twice!

RL: For those who have never been to an Alice Cooper show, what can they expect from your performance at Ocean Casino Resort this Friday?

AC: From the moment this show starts until the end, it’s a rock ’n’ roll show. I’ve got the best touring band out there. So you’re going to get a band that’s just going to kill you musically. And this show starts in fourth gear. It doesn’t start in first and build. It starts in fourth gear. And if you have never seen an Alice show, if you look away you are going to miss something, because there is something going on every minute on that stage. It’s like a dark rock ’n’ roll vaudeville. You never exactly know what’s going to happen.

While Alice Cooper has put out a massive catalog of records throughout his career, here are 5 Essential Cooper Classics that nobody should be walking around unaware of.

If you are a fan of ’80s hair metal, this song – and pretty much every track off of “Trash” - will scratch you right where you itch. Aided in part by the chops of legendary songwriter Desmond Child, “Poison” is chock full of killer riffs and big catchy choruses and was all over radio and MTV in July of 1989, bringing Cooper back to relevance after a few years outside the spotlight.

A true anthem for every kid who ever breathed a sigh of relief on the last day of school, this track off Alice Cooper’s 1972 record of the same name became Cooper’s first hit single, going to No. 7 on the charts and is considered his signature song. If Cooper ever had a sing-along chorus, this is it.

One of the greatest scenes in the 1992 movie “Wayne’s World” involves the two main characters - played by Mike Myers and Dana Carvey – attending an Alice Cooper concert, complete with backstage passes. “Feed My Frankenstein” is the song that the band is playing on stage in that scene, as the elaborate theatrics of a Cooper performance were brought to the big screen for all to see.

An upbeat, breezy rocker written in response to the reactions of Cooper’s mother’s church group to his stage performances, “No More Mr. Nice Guy” became one of Cooper’s best-known singles after its release in 1973. The song’s best line: “My dog bit me on the leg today, my cat clawed my eyes. Ma's been thrown out of the social circle, and dad has to hide. I went to church incognito, when everybody rose, the Reverend Smith, he recognized me and punched me in the nose.”

Originally written as an 8-minute jam and later condensed to a 3-minute rock song, “I’m Eighteen” was the first Cooper song to find breakthough success when it came out in 1970. The track tells the story of a person trapped in an age that feels neither like that of a child nor an adult. Cooper’s raspy, intense vocal delivery stands out and is perfectly complemented by the guitar work of Glen Buxton and Michael Bruce.

Toby Keith is a complex character.