Cosplay — and all forms of dress up — are encouraged at NJ Horror Con, which comes to Showboat Hotel this weekend for three days of macabre fun.

It’s not all about horror! The iconic DeLorean will be just one of the vehicles on display from ‘Back to the Future.’ 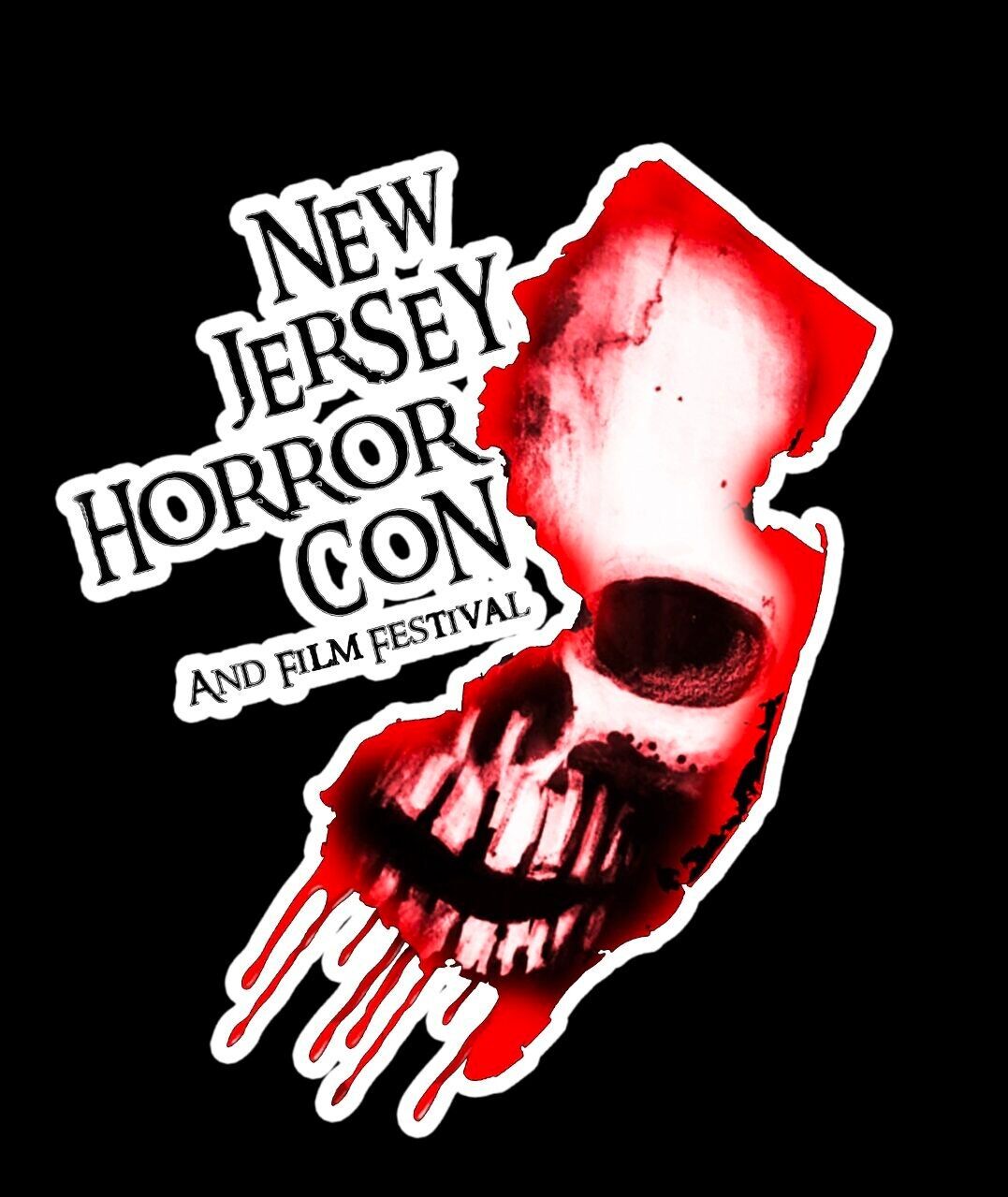 In case the name didn’t give it away, the NJ Horror Con & Film Festival is a convention focused on scary movies. Whether your deepest fears stem from the relentless murder spree of Michael Myers, the nightmare of an encounter with Freddy Krueger or the unspeakable terror caused by the demon in The Exorcist, all will be well represented here in a variety of forms, from films to cosplay to toys and more.

The origins of the festRyan Weber is the creator of the NJ Horror Con. Weber has been entrenched in the entertainment industry since he was a teen, often putting together events to showcase his punk band Crash Romeo and submitting his own films to various festivals. This is his eighth time putting on the Horror Con, and the fifth time it has been held in Atlantic City. And his enthusiasm for the project is obvious.

“I saw a need for something like NJ Horror Con in New Jersey,” Weber says. “The first reason was to have a place where filmmakers can show their films and have an audience. Then, I wanted to bring in celebrities for fans to meet their favorite actor or actress or even filmmaker.”

The NJ Horror Con accomplishes both of those goals, and then some. Weber has put together a large-scale event that will satisfy fans of horror and beyond.

“An attendee can expect a lot from our show — especially if they love horror,” he says.

“There are over 30 celebrities they can meet, take pictures with and receive autographs from, as well as over 100 vendors that have all different types of merchandise you can’t find anywhere else. We do over 10 celebrity panels where you can ask questions and learn more about them on a personal level, and we also have a three-day film festival with movies you cannot see in a normal theater.”

The CelebsFans and autograph seekers will have a lot to work with at the NJ Horror Con, with a variety of well-known faces waiting to sign items and take photos. And although stars from the world of sci-fi and horror will be plentiful, the list expands well beyond just that one genre.

“The focus is horror, but we always have a little pop culture mixed in. I love all genres of film, so I put a little of what I am a fan of into these shows. Most celebrities that have been in a horror film have also been in other genres. We have something for everyone to enjoy,” Weber assures us.

So who will be there? The list is a long one, but some of the highlights include appearances from actors like Tom Sizemore and Clint Howard, rockers Lita Ford and Richie Ramone, plus the stars of a plethora of horror films including the “Halloween,” “Friday the 13th” and “Child’s Play” franchises as well as several mini “reunions,” featuring cast members from such beloved films as “Pee-Wee’s Big Adventure,” “Back to the Future” and TV shows like “Seinfeld.” There will also be some famous vehicles on site, including the DeLorean and Marty McFly’s Toyota pickup truck from “Back to the Future.”

Prices for autographs differ for each celebrity, but the full list of who will be there and what they will charge can be found on NJHorrorCon.com.

The Film Festival Though the genre has been around forever, makers of horror films don’t always find the same opportunities to showcase their work as mainstream filmmakers would. That’s where festivals such as the NJ Horror Con come in.

Over the course of three days there will be more than 40 films screened, along with an awards show hosted by Felissa Rose and Dave Sheridan 8 p.m. Saturday in the Bourbon Room, with a post-show screening of “Bloody Summer Camp.”

The VendorsHalf the fun of an event like this is wandering around and checking out all the merchandise. And when you are talking horror, the amount of action figures, posters, clothing, toys, films, costumes, props, lunchboxes and more that will be on hand at the NJ Horror Con is staggering.

Fans can expect every horror franchise to be generously represented, from the most mainstream to the deepest obscurities. Shopping for the holidays and need to find the perfect T shirt for that horror-obsessed fan in your family? This is ground zero.

The CosplayYou can’t have a “con” of any type these days without some heavy cosplay being a big part of it, and the NJ Horror Con is no different. From 5 to 6 p.m. Saturday, there will be a cosplay contest, with contestants competing for prizes in a variety of categories including Best Construction, Most Creative, Best Kid Costume (15 and under), Best Entertainer/Persona and Best in Show. Prizes range from $50 to $100. No real weapons of any kind will be allowed.

One of the most recognizable celebs to appear at the NJ Horror Con is John O’Hurley, best known for his appearances on “Seinfeld” as the eccentric fashion catalog owner J. Peterman and for his stint as the host of the game show “Family Feud.” We had a chance to chat with him in advance of his upcoming appearance at the Horror Con.

Ryan Loughlin: You’ve done a lot of work in Hollywood, but you are probably most recognizable from your appearances on Seinfeld as J. Peterman. How did you end up on that show?

John O’Hurley: I was doing a sitcom for ABC called “A Whole New Ballgame,” and one morning ABC called and said, “Don’t bother coming to work, we’ve pulled the plug on the show.” So I went out to dinner that night with my manager and cried in my beer, trying to take the cancelation as personally as I possibly could. And my manager informed me that Larry David’s office had called saying they had a guest starring role on ‘Seinfeld,’ and that it was a very bizarre role, but they thought I would have fun with it. But I told my manager, “No.” I said, “I’m still licking my wounds here, and I don’t want to go guest star on somebody else’s show.”

I woke up the next morning and my manager called and said: “They’re waiting for you over there (at the audition). Would you just go over there and blow it up and get it out of your system?”

Turns out he had never called Larry David to say I wasn’t interested. So I went and auditioned, and they handed me the J. Peterman catalog and told me the role was mine. They just wanted the character to sound the way the catalog was written. I read it and in my head it sounded like a 1940s radio drama combined with a bad impression of Charles Kuralt. And thanks to my manager, I now had a new job.

RL: Any favorite moments from that show?

JO: I think the best episode that we ever did was “The Frogger,” which also featured the wedding cake from World War II that was stolen by Elaine and replaced with a $2 Entenmann’s. I just thought that whole episode, from the writing to the directing to the execution of the show was probably one of the best we ever did. It was just genius.

RL: Did you have any idea that a small supporting role would end up still being so memorable so many years later?

JO: Honestly, it’s incredible. There has been a whole new resurrection of the show. And it’s because of things like Netflix and Comedy Central and syndication. The kids that are my son’s age — he is 14 — are all starting to binge watch it, and it’s becoming a whole new form of entertainment for kids. And by today’s standards it’s fairly wholesome entertainment.

RL: You also spent a number of years as the host of “Family Feud.” How does being a game show host compare to your more traditional roles as an actor?

JO: It’s a different thing, and not everybody can do it. I enjoyed it – for me it was like hosting a cocktail party, and my job was to make everybody look good and feel good and to use my intellect to be as witty as possible. It’s an intriguing type of entertainment work, because you have no script. You just have to walk out there and leap and hope the net will appear.

RL: How did a comedic actor such as yourself end up as a featured guest at a horror convention?

JO: Well, I did the famous black-and-white episode of “The X Files” that we won the Emmy for. I essentially played Dr. Frankenstein. And I’ve done some other things, as well, including a lot of sci-fi animation, but the Peterman character has such national appeal.

How much: Tickets, priced at $30 per day or $75 for a three-day pass, can be purchased at NJHorrorCon.com or at the door. Tickets at the door are cash only.

Tropicana Atlantic City recently celebrated its 40th anniversary in grand style with several days of events to honor the occasion.

A shuffle through the Gaming mailbag:

Cosplay — and all forms of dress up — are encouraged at NJ Horror Con, which comes to Showboat Hotel this weekend for three days of macabre fun.

It’s not all about horror! The iconic DeLorean will be just one of the vehicles on display from ‘Back to the Future.’