Randy Brecker will be the headline act at Jazz at the Point Festival when he takes the stage 7:30 p.m. Saturday at the Gateway Playhouse in Somers Point. 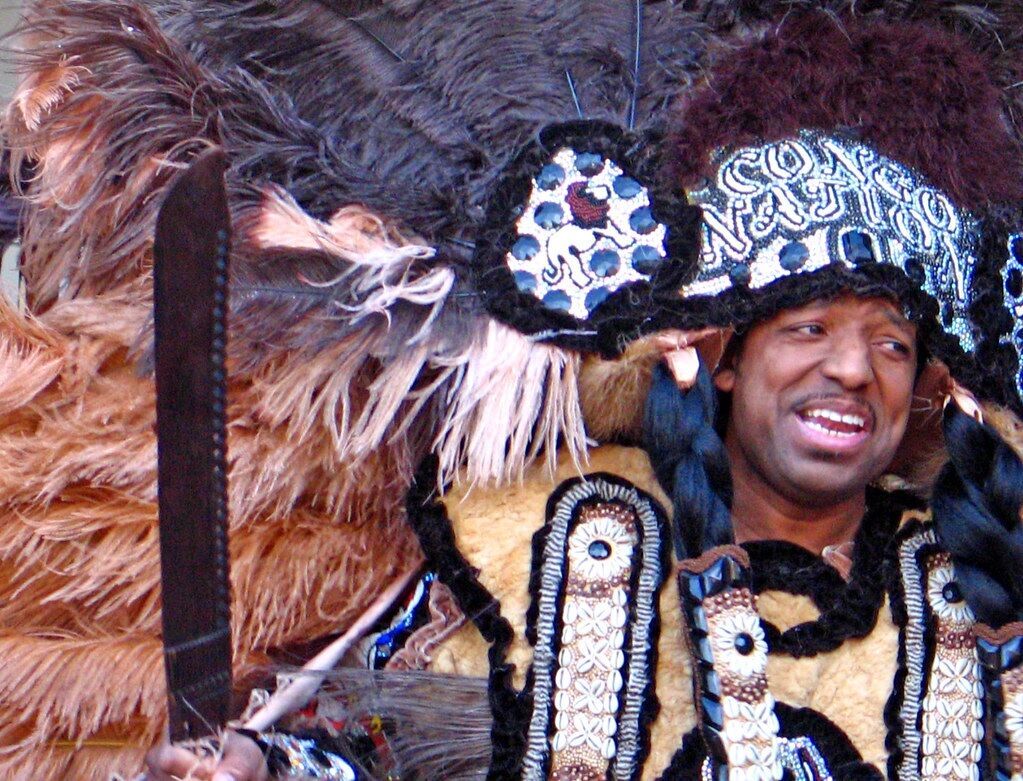 Chris Botti is but one of many big name jazz artists on the bill at Exit Zero this weekend. 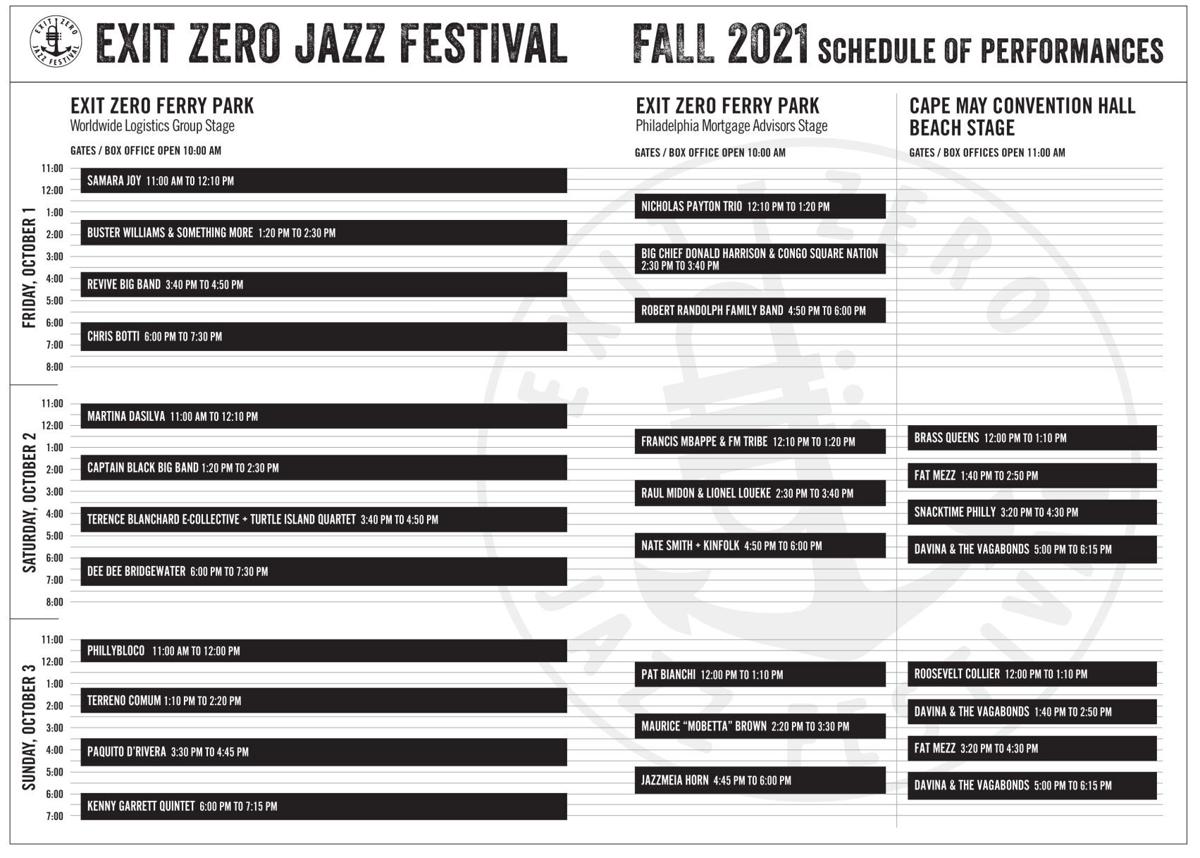 If you are a fan of jazz and you live in South Jersey, you’ve got a tough decision to make this weekend – with both the Exit Zero and Jazz at the Point festivals happening, which do you choose?

It’s not an easy decision, but the good news is that no matter which way you go, you’ll be treated to an incredible lineup of jazz performers. And, of course, you always have the option of bouncing back and forth between both festivals if you are so inclined.

But having all this jazz on the same weekend wasn’t part of any grand plan. In fact, it wasn’t planned at all.

“We planned Jazz at the Point a long time ago because last year we weren’t able to have the festival due to COVID. So we kept the same dates we had for the previous year and it just so happened that Exit Zero fell on the same days,” says Nick Regine, president of the South Jersey Jazz Society, the organization that puts on Jazz at the Point.

Though the two festivals fall on the same weekend, the feel of each of them is unique.

Jazz at the PointLast year South Jersey Jazz Society’s annual Jazz at the Point Festival was all set to take place, but with COVID numbers steadily rising and vaccines still unavailable to the general public, the decision was made to pull the plug. And instead of putting together a whole new lineup, they opted to keep the list of performers the same and to simply move the entire festival. The new dates are Thursday to Sunday, Sept. 30 to Oct. 3, and the festival will take place at various venues around Somers Point.

And most of the shows at the festival — with the exception of headliner Randy Brecker — are free to attend.

“I think it’s an interesting, eclectic lineup. Normally we have 10 acts, this year we will have five, but they are all top notch, world class caliber jazz musicians,” says Joe Donofrio, Artistic Director for the South Jersey Jazz Society.

The official festival lineup is below.

Mike Ian and Friends: Multi-instrumentalist Mike Ian is known to dabble in both original tunes and covers, putting his own twist on each of them. Ian will perform at 7:30 p.m. Thursday, Sept. 30, at Gregory’s Restaurant & Bar and will be joined by Tom Cottone on drums, Jason Long on piano and Rob Swanson on bass.

Nicole Glover Quartet: Based out of New York, Nicole Glover is a skilled jazz saxophonist, having played on Grammy-winning recordings with Esperanza Spaulding among others. Glover’s star has been rising in the jazz scene and she will perform alongside the rest of her quartet at 7:30 p.m. Friday, Oct. 1, at Gregory’s Restaurant & Bar.

E. Shawn Qaissaunee Duo: Originally a native of Afghanistan, E. Shawn Qaissaunee attended the prestigious Berklee College of Music and has gone on to become a highly respected guitarist and bassist within the jazz community. Qaissaunee will perform a show for the earlybirds of the festival at 9 a.m. Sunday, Oct. 3, at Fitzpatrick’s Deli & Steakhouse.

Rick Germanson Duo: A true master at jazz piano, Rick Germanson made a name for himself around New York City after relocating there from his hometown of Milwaukee. Germanson has recorded with some of the top artists in the world of jazz and has toured with the liked of Pat Martino and The Cannonball Legacy Band. He will perform as part of a duo with Paul Gill on bass at noon Sunday Oct. 3, at Gregory’s Restaurant & Bar.

Randy Brecker: The headliner at this year’s Jazz at the Point festival is Grammy-award winning trumpeter Randy Brecker. A longtime veteran of the music industry, Brecker has had an incredible career spanning six decades, in which he has toured the world as a band leader and performer and recorded with legends such as Paul Simon, Eric Clapton and Blood, Sweat & Tears. Brecker will perform at 7:30 p.m. Saturday Oct. 2, at the Gateway Playhouse in Somers Point. His performance is the only one of the festival that requires paid admission of $40.

Exit ZeroA little further south down the parkway, Cape May will host the Exit Zero Jazz festival. The larger of the two festivals taking place this weekend, Exit Zero takes place from Friday to Sunday, Oct. 1 to 3, and features a long list of performers from the world of jazz. The festival is split between a pair of venues – Ferry Park and the Cape May Convention Hall Beach Stage – and will feature 3 stages in total.

“This is really the first time we are using the outdoor festival model the way we wanted to. Because of the COVID restrictions back in April we really weren’t able to mount the kind of festival that we wanted to last time,”says Michael Kline, producer of the Exit Zero Jazz Festival.

This time around some COVID restrictions will still be in place, meaning everyone must show proof of vaccination or a negative COVID test taken within 72 hours (kids under 12 must wear masks the entire time).

The sheer list of performers is impressive, with big names like Robert Randolph and the Family Band and trumpeter Chris Botti dotting the lineup.

“There are 21 bands over three days at Ferry Park that are just world class outstanding acts,” Kline notes.

And although the stages will primarily be filled with jazz acts, the festival aims to include genres beyond that.

“We present a lot of genres of music within jazz. Dee Dee Bridgewater is known worldwide as an incredible jazz vocalist, but for this show she has gone back to her roots and she is bringing in her band from Memphis and they will be doing classic R&B hits from the Stax era. Big Chief Donald Harrison is an alto sax player from New Orleans and he is the big chief of the Congo Square Nation which is a Mardi Gras Indian tribe in New Orleans and he and his group will be in cultural attire. So you’ll have a chance to see something here at this festival that you would not get the opportunity to see unless you were in New Orleans for Mardi Gras. So the breadth of music and styles at this festival is incredible. It’s definitely the most ambitious lineup we have ever produced,” Kline says.

The official lineup is below:

Jazz at the Point Fest

Where: Various locations around Somers Point

How much: All shows are free other than Randy Brecker’s performance on Saturday, Oct. 2. Tickets for that can be purchased at SouthJerseyJazz.org.

Where: Ferry Park and the Beach outside Cape May Convention Hall

Tropicana Atlantic City recently celebrated its 40th anniversary in grand style with several days of events to honor the occasion.

Christmas at the Hangar

A shuffle through the Gaming mailbag:

Randy Brecker will be the headline act at Jazz at the Point Festival when he takes the stage 7:30 p.m. Saturday at the Gateway Playhouse in Somers Point.

Chris Botti is but one of many big name jazz artists on the bill at Exit Zero this weekend.