The North Beach section of Atlantic City has gone from a desolate land of hopelessness and closed businesses to the hottest spot in the city in a matter of a few years. 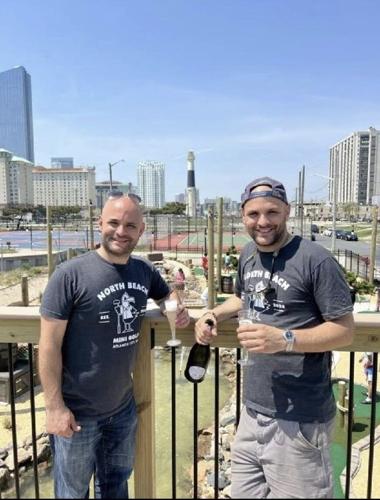 Nick and Mike Intrieri are the latest investors to open up a business in the North Beach section of Atlantic City. Their brand-new North Beach Mini Golf debuted in May. 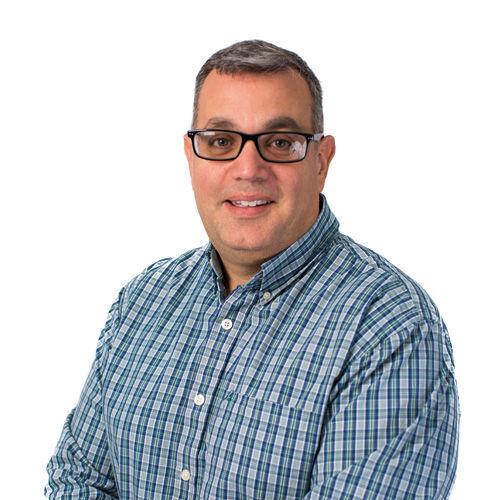 Local entrepreneur Mark Callazzo owns of several businesses on Tennessee Avenue in Atlantic City and has been one of the biggest supporters of the North Beach concept. 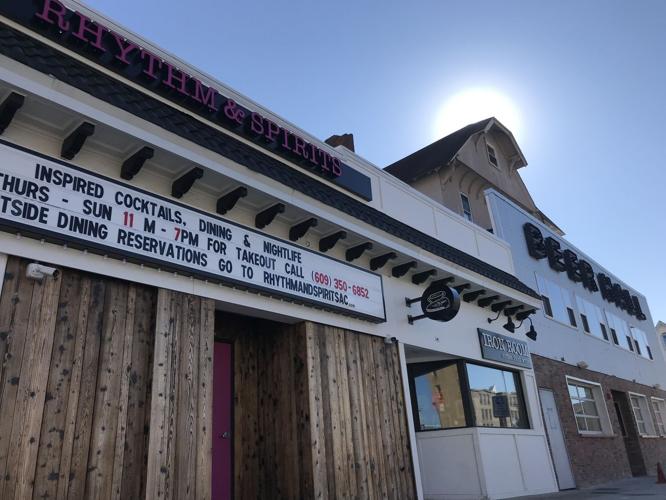 The food and beverage options along Tennessee Avenue in Atlantic City, such as the Tennessee Avenue Beer Hall and Rhythm & Spirits, have helped establish the Orange Loop as a go-to destination. 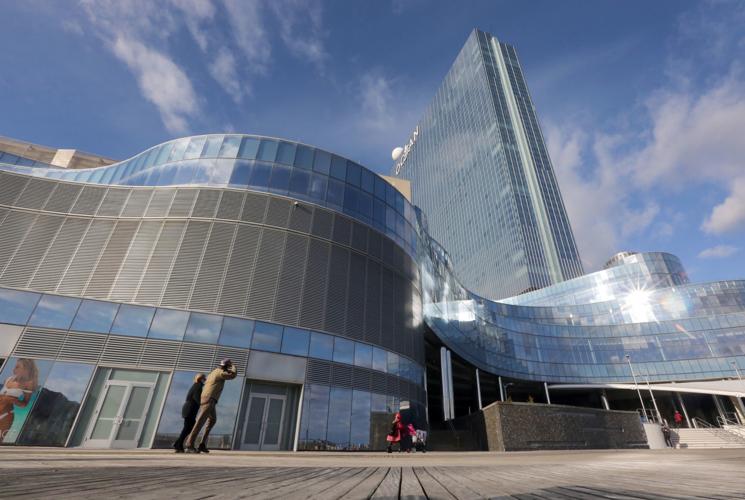 Ocean Casino Resort is one of the main draws at North Beach for gamblers and nightlife fans. 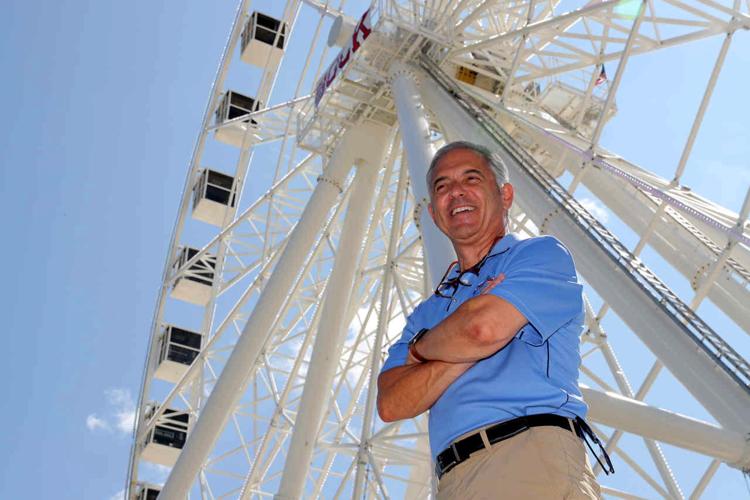 In late 2016, the north end of the Atlantic City was a rough scene. On the far end of the Boardwalk sat the newly shuttered sites of the former casinos Revel, Showboat and Taj Mahal, with two of the three shut completely and Showboat operating as a bare bones hotel with no casino gaming and few amenities or attractions of any kind on hand to bring in customers.

A few blocks down, Tennessee Avenue hosted little more than boarding houses, plight and some notoriously sketchy crowds, while The Irish Pub, which sat one block over on St. James Place, remained one of the only reasons anyone would dream of setting foot on that street.

The years leading up to 2016 had not been kind to the town, and with each casino that closed, hope for the city went with it. With most of the closures concentrated around the north end, this portion of the city most notable for its vacant lots and general lack of humanity, seemed all but doomed.

But beginning in 2018, a palpable shift in energy was in the air in Atlantic City, with much of it focused on the north end of town. Hard Rock Atlantic City and Ocean Casino Resort both opened on the same day in June of that year, replacing the bad taste that Taj Mahal and Revel left in the mouth of many residents and visitors with a sense of excitement and enthusiasm for what was to come.

What came to those properties was an assortment of world-class restaurants, nightclubs and entertainment bookings along with a swagger that had been noticeably absent from that end of town in recent years.

Soon other projects would begin, including the creation of the Orange Loop, the popular dining and nightlife district along Tennessee Avenue, St. James Place and New York Avenue; the reworking of Showboat Hotel into a family fun destination, and the addition of The Wheel, a giant observation wheel that sits on the Steel Pier as a visual icon of the Boardwalk that changed the city’s landscape.

Slowly, but surely, a complete reimagining of the area has taken shape, and what was once seen as a hopeless land of decay has now become one of the hottest spots in Atlantic City, even appearing to outshine the Marina District, which dominated for years with the powerhouse nightlife and dining scenes of Borgata Hotel Casino & Spa, Golden Nugget Atlantic City and Harrah’s Resort.

An Alliance is FormedAs the subsection of town began to take shape, a coalition of businesses came together. Simply called North Beach Atlantic City, the group, which includes Hard Rock Atlantic City, Ocean Casino Resort, Resorts Casino Hotel, Showboat Hotel, The Steel Pier, Absecon Lighthouse and some Tennessee Avenue businesses — Tennessee Avenue Beer Hall, Bar 32 Chocolate, Cuzzie’s Pizzeria and Rhythm & Spirits — aimed to work together to help co-market this quickly developing area. Events and cross promotions have since been a regular part of the North Beach experience, luring even more visitors in on a daily basis with things like concerts and fireworks.

“The goal is to attract people to the north end of the boardwalk,” says Jamie Hoagland, director of advertising and public relations for Resorts, who also serves as a member of North Beach Atlantic City. “Everyone knows South Beach in Miami, and we want everyone to know North Beach in Atlantic City.”

According to Hoagland, the nucleus of the idea for North Beach came from one prominent figure in Atlantic City.

“Sharon Franz, marketing and sales director for Steel Pier, envisioned all the properties working together and was able to get everyone in one room. Working together makes us all stronger.”

One of the people Franz was able to get in that room was local entrepreneur Mark Callazzo. Callazzo is the man behind many of the successful bars and restaurant concepts on Tennessee Avenue, including Rhythm & Spirits, Bar 32, Cuzzie’s Pizzeria Kitchen and Tennessee Avenue Beer Hall, each of which have combined to attract crowds to the one desolate street just beyond the Boardwalk. Over the last few years he has become one of the major forces in the development of the Orange Loop and a cheerleader for the rebirth of the North Beach area.

Traditionally, a restaurant owner like Callazzo would find himself in competition with the businesses that surround his, but the establishment of North Beach as a concept has caused him and others in the area to take a different approach.

“The formation of North Beach has been great for the area and its members. We on Tennessee Avenue have been given a seat at the table with great partners, which has helped shape the entire area,” Callazzo says. “The cooperative marketing has brought us together as a whole and given the message that we are more than just casinos. I think North Beach is going to be the first step in re-shaping the city.”

Puttin’ AwayOne of the newest attractions to the North Beach area is North Beach Mini Golf, a classic Jersey shore-style miniature golf course that adds another element of family-style entertainment to the area, building upon the offerings at Steel Pier and Lucky Snake Arcade inside Showboat.

North Beach Mini Golf is a brand-new, 18-hole course built on the farthest northern tip of the Boardwalk. Its owners are Mike Intrieri and his brother Nick, siblings who moved to Atlantic City in 2020. The Intrieri brothers first got their feet wet in the Atlantic City investing market back in 2016 when they began purchasing properties to be used as short-term rentals. Seeing the potential in the city, they decided to open the mini golf course back in May.

“We really became big fans of all the stuff that was happening outside of the casinos. We would go to spots like Tony’s Baltimore Grill and Ducktown Tavern all the time. And then, when the Orange Loop started getting developed, we really admired what they were doing and we wanted to be the next people to do something,” Mike Intrieri says.

Though mini golf may seem more suited to a more family-style resort town like Ocean City, to the Intrieris, it was a perfect fit.

“Mini golf fits in that niche where it’s fun for kids, but it’s also fun for adults, so it’s perfect for a town like Atlantic City. And we love the location. They built up this section of the Boardwalk after Hurricane Sandy and made it just beautiful. In terms of natural beauty, there’s not a better spot in Atlantic City,” Mike Intrieri adds.

The course itself pays homage to classic elements of Atlantic City, with some casino-themed aspects, including the flagship hole, which is designed to look like a craps table, where guests can actually roll dice and create obstacles for their opponents.

There are also some nautical themes, with an authentic Atlantic City lifeguard boat and a natural waterfall.

The layout is fun, too, with guests moving to some unusual vantage points throughout the game.

“We built an overhead deck, and so we actually have four holes that are under the boardwalk,” he notes. “Everybody really loves it so far.”

The FutureWhile a mini golf course may not seem like the most revolutionary concept for a beach town, it serves as the latest symbol for the positive changes that are continuing to happen in and around North Beach. Intrieri sees it as only the beginning.

“There is only more to come. This is the first new project of this era, but there are a lot of investors talking about new developments, and it’s really only a matter of time before this area grows even further. The sky is the limit here,” he says.

The North Beach section of Atlantic City has gone from a desolate land of hopelessness and closed businesses to the hottest spot in the city in a matter of a few years.

Nick and Mike Intrieri are the latest investors to open up a business in the North Beach section of Atlantic City. Their brand-new North Beach Mini Golf debuted in May.

Local entrepreneur Mark Callazzo owns of several businesses on Tennessee Avenue in Atlantic City and has been one of the biggest supporters of the North Beach concept.

The food and beverage options along Tennessee Avenue in Atlantic City, such as the Tennessee Avenue Beer Hall and Rhythm & Spirits, have helped establish the Orange Loop as a go-to destination.

Ocean Casino Resort is one of the main draws at North Beach for gamblers and nightlife fans.