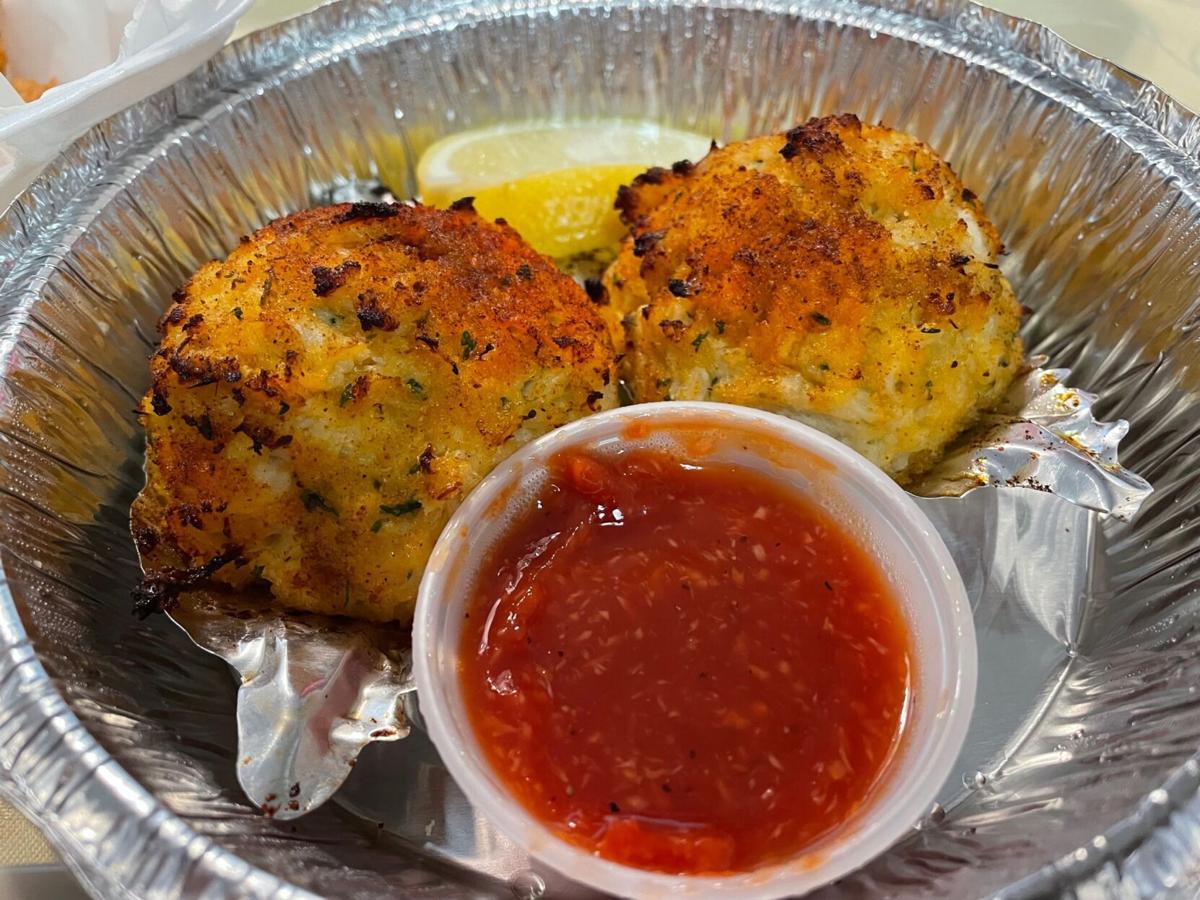 The broiled crab cakes were among the trophy winners on this trip. 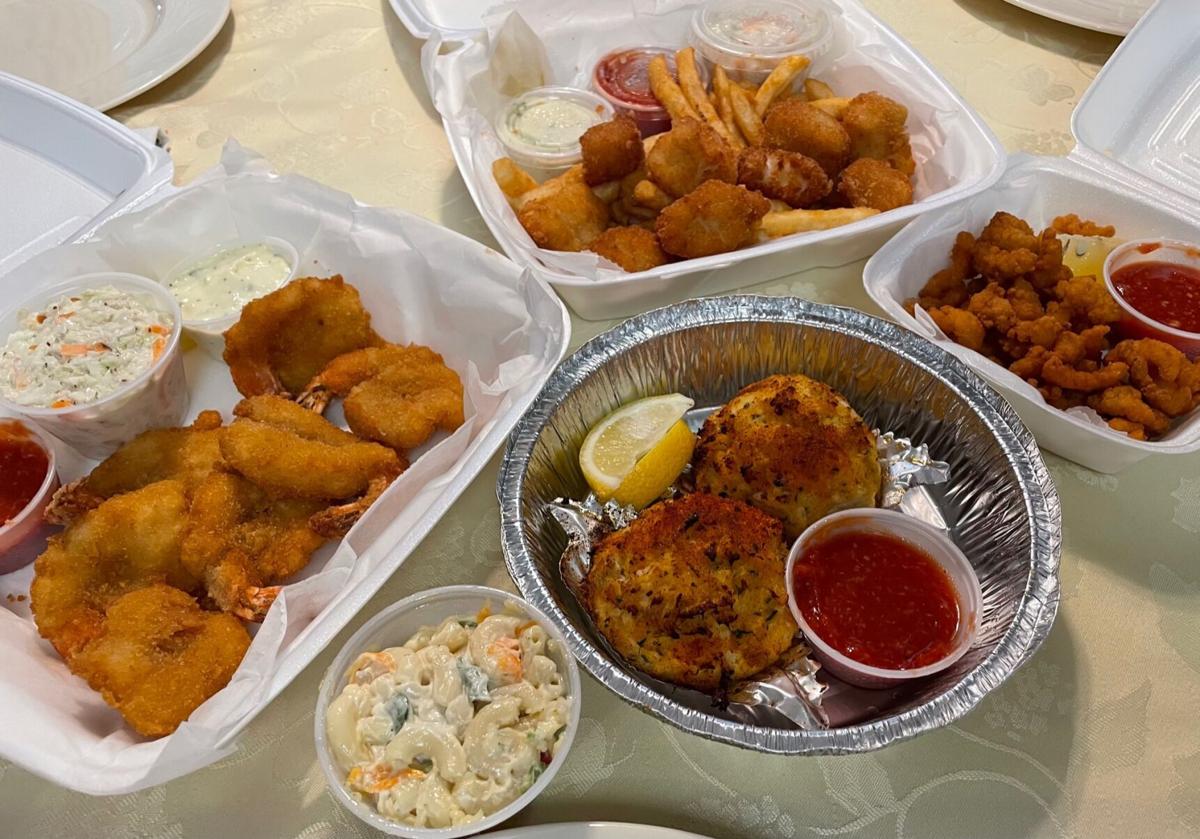 The bounty of seafood from Bob’s was both delicious and incredibly affordable.

When my family first purchased a summer house in South Jersey back in 1989, one of the first places we went to get fresh fish was Bob’s Seafood in Absecon. I was only 11 years old at the time, but I have distinct memories of loving pretty much anything my parents brought back from Bob’s. A few months ago when I was deciding what shacks to include in this column, it dawned on me that I had not featured Bob’s Seafood. This had to change.

Bob’s originally had two locations, one in Northfield and another in Absecon. Both still exist, but they now have different owners and offer different products, making them essentially two completely different businesses.

For this story I visited the Bob’s Seafood in Absecon, and, in a reversal of roles, headed straight to my parents’ house in Galloway with a bounty of delicious seafood for dinner.

Keep ItFried Shrimp: Before I even tasted these, I was blown away by the price. Seven large shrimp plus sides of cole slaw and macaroni salad and homemade cocktail and tartar sauces for $11.99 is a great deal. What made it an even better deal was that the shrimp were awesome. Coated in a medium-thick breading with a nice crunch, these were perfectly cooked to a golden brown and were as good or better than those that I have paid double the price for. And the sides were both quite good, particularly the cole slaw, which was listed as their “famous” cole slaw, so apparently that’s a thing.

Fried Scallops: It’s taken me a while to come around to eating scallops. As a child I was not a fan, and neither were most of the kids I knew, including my friend Christopher Sheerin, who at age 12 stared in sheer terror at a bowl of seafood pasta he was presented with, eventually shouting in a panic, “I don’t like scallops – what do I do???” … much to the amusement of everyone at the table.

Anyway, the fried scallops weren’t bad overall, and the breading was crunchy and delicious, but I thought the scallops themselves were slightly chewy for my taste. Everyone else seemed to really enjoy them though, so I’m going to chalk this up to me still not being 100 percent sold on scallops in general.

Broiled crab cakes: A delightful break from the parade of fried items, the broiled crab cakes were a standout among the standouts. I have a habit of reaching for dipping sauces as often as I can, but the delicate flavor of the crabmeat in these was better on its own, without being overpowered by tartar or any other type of sauce. And again, at under $8 per crab cake, it’s a hell of a deal.

Fried clam strips: Always a great addition to any seafood feast, the fried clams did not disappoint. Sure, you could argue that they are mostly breading and that the whole belly fried clams you find in New England are the only true version of this dish, but with a squeeze of lemon and a dunk of tartar, boy did these hit the spot.

Throw It BackFrench fries: The only side dish that was a disappointment was the french fries, which were bland and not to my liking. A great steak fry or something along those lines would be ideal, but these missed the mark.

The Fat Boys seek out a ghost kitchen in Somers Point

On a recent afternoon in the office we were perusing the depths of DoorDash in search of a new restaurant to try. Most of the places were either spots we had hit already or names that we had never heard of and weren’t piquing our interest … until we came across an Italian place with a name we couldn’t simply ignore — Holy Grandma.

If you are an avid fan of great Italian food in South Jersey, you probably know Chef Mike Laurenza, or at least have eaten his food.

Thoughts for an old dog … and more

Welcome back to this month’s “you ask and I’ll answer.” For those of you just tuning in, you can find me at Michael@passionvines.com. I welcome you to email me with any wine-related questions and I will use this monthly column to answer them. While I will not be able to answer all of them in print, I do promise to always provide an answer via email. This month we talk wine education, Petite Sirah, Syrah and Shiraz and the Downbeach Seafood Fest.

Certain regional foods are best enjoyed in their natural habitat: It’s tough to find a great bowl of gumbo outside New Orleans; pizza is almost always better in New York; and good luck getting a decent pork roll, egg and cheese sandwich outside of Jersey.

The broiled crab cakes were among the trophy winners on this trip.

The bounty of seafood from Bob’s was both delicious and incredibly affordable.