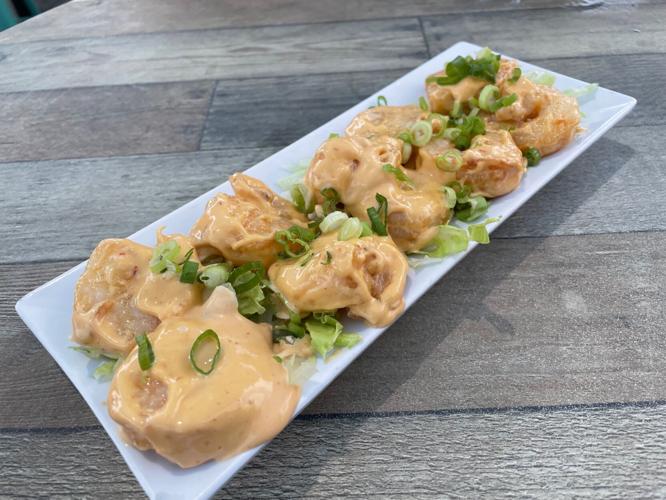 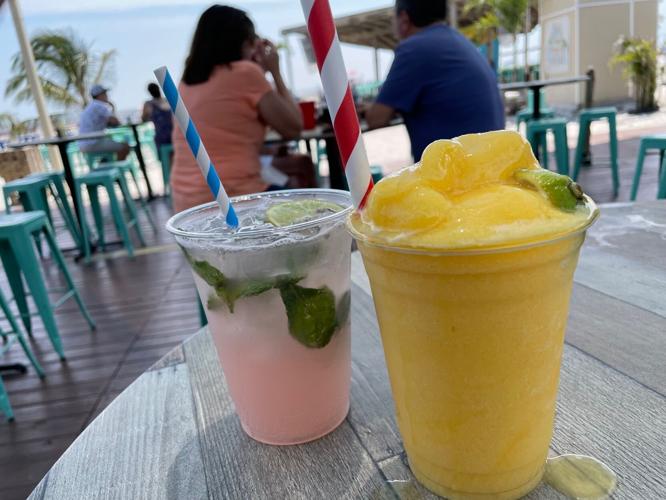 There are so many perks to living at the shore, but the beach itself is the main draw for so many people, particularly in the summer months. So, by default, a bar located on the beach is almost always a winning concept.

Atlantic City hosts a scattering of beach bars, and you can find others up and down the coast, as well, but one of the most beloved among locals in Atlantic County is Laguna Grill & Rum Bar in Brigantine.

Situated on a massive oceanfront footprint boasting options for both indoor and outdoor dining and bars as well as valet parking, Laguna offers a lot to patrons, but the main attraction is the sprawling outdoor space, which features a large wooden deck smartly covered with subtle, but essential, overhead shading. One can easily enjoy a meal and some cocktails in the peak of the blazing afternoon sun without getting too overheated or risking a nasty sunburn.

Those who don’t worry about such things will likely flock to the spacious section located on the sand itself, which features swaying palm trees, hightop tables and plenty of standing room just beyond the crashing waves of the Atlantic. This area also features a large stage where some of the top local and regional bands perform everything from reggae to Springsteen covers regularly, and when the air is right and the band is tight on a warm summer night, there may not be a better spot in all of South Jersey to simply enjoy life.

The SipsA friend and I popped in around lunchtime on a Friday, and despite the place only having been open for around 30 minutes, there was already a sizeable crowd forming on the deck. We grabbed a hightop table near the bar and ordered a few cocktails from their list of specialty drinks.

I started off with the Watermelon Mojito – a mix of Admiral Nelson Silver Rum, fresh mint and fresh-squeezed lime juice blended with Watermelon Pucker and a splash of soda. Being that Laguna Grill is a rum bar, a rum-based drink seemed like a no-brainer.

The lime and mint were balanced well, and the drink was tasty without being too sweet. A sweet drink at a beach bar is fine, but it can be tough to get down more than one or two if the sugar content is too high, and luckily that wasn’t the case here. I wasn’t able to actually see them make this drink, so I can’t say for certain if they muddled the sugar with the mint as per tradition with a mojito, or just added simple syrup, but it was enjoyable in the end and the mint flavor strong enough that I suspect it was likely muddled.

My one criticism was that I would have liked to have seen some actual watermelon make an appearance here, being that it’s summer and it’s in season anyway. Muddling some fresh watermelon chunks into the drink would have taken it to a whole other level and eliminated the need for the Pucker altogether.

The second drink we sampled was the Mango’rita, a frozen cocktail made with Lunazul Silver Tequila, lime liqueur, fresh lime juice and mango puree. I don’t tend to order a lot of frozen drinks, but there is a time and place for everything and sitting on the beach on a gorgeous day in the middle of July was that time and place.

The mango puree was the real standout here, offering plenty of fruit flavor and helping to take the edge off the tequila. The lime flavor did get a bit lost in the mix though. The frostiness of the beverage really hit the spot, although I don’t think I would be able to consume more than one of these simply because it was so thick. But as frozen drinks go, it was quite good and you would be hard-pressed to find a more fitting match for the atmosphere.

Pro tip: If I were to spend a full night here, I would go down their list of specialty cocktails, subbing in beers and waters between each one to keep the sugar and heaviness in check. In fact I’m putting that on my list of to-dos for this summer.

The BitesNeeding something to nosh on while kicking back our cocktails, we glanced over the food menu for a bit. Laguna’s menu offers a nice mix of munchies including burgers, pizzas and seafood options like mahi tacos and lobster rolls. The appetizer section isn’t huge: There are around five or six items on it, including fried pickles, calamari and a few others, but in the end we settled on the Bang Zoom Shrimp, Laguna’s take on firecracker shrimp that are flash fried and coated in their house made Thai chili dressing.

The portion was impressive – 10 large shrimp came in our order. The shrimp were cooked perfectly, and the sauce was tasty, although I would imagine it might be a bit much for those who are averse to mayo-based sauces, as it leaned heavy in that direction and each of the shrimp were entirely coated in it. That was a plus for me as a fan of mayo, and there was subtle kick of spice in there that livened things up a bit as well.

On the downside, the creaminess of the sauce did make this a very heavy dish, so if you are looking for something light, you may want to select a different app, such as the Tuna Ta-Taki, sesame-crusted, pan-seared tuna served rare with ponzu and slaw.

Would I Go Back?The truth is the scene at Laguna Grill is so pleasant and the vibe so much fun that they probably could have served me a pile of hot garbage hand picked from a trash can and I’d still consider returning, but luckily that was not the case. The drinks were on point, and the app selection, while on the small side, still provided some enjoyable moments and we left more than satisfied.

On a Roll … at Vagabond EHT

On a lovely Friday afternoon with the sun shining brightly, I decided to pop over to enjoy a late lunch at Vagabond EHT. Situated just beyond the rolling hills of McCullough’s Emerald Golf Links, the space offers a perfect way to ease one’s self into the upcoming weekend, with a fantastic menu of elevated bar food, including some of the best loaded french fries around as well as an impressive list of craft beers.

For many people, Labor Day is a dreaded weekend. One that signals the end of summer, a countdown they wish they could put off or bypass completely. But being that it’s the last hurrah, we think a better approach is to treat it as the final celebration of an amazing season, and we can’t think of a better spot to celebrate Labor Day than in New Jersey’s oldest beach resort — Cape May.