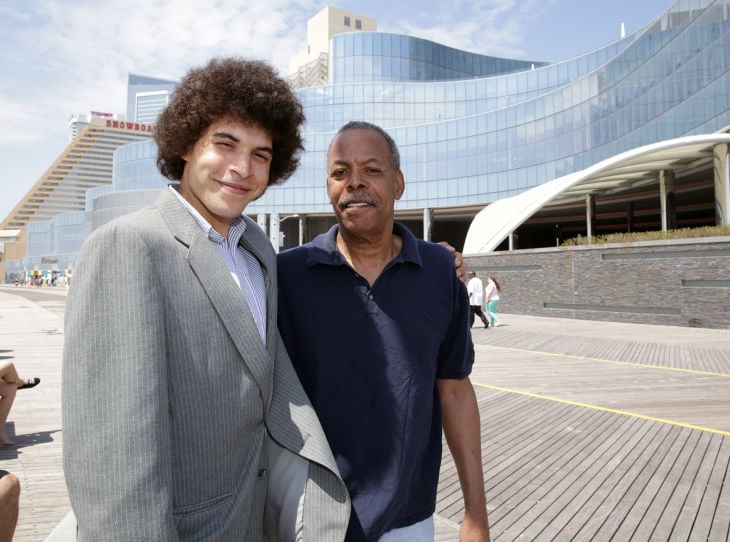 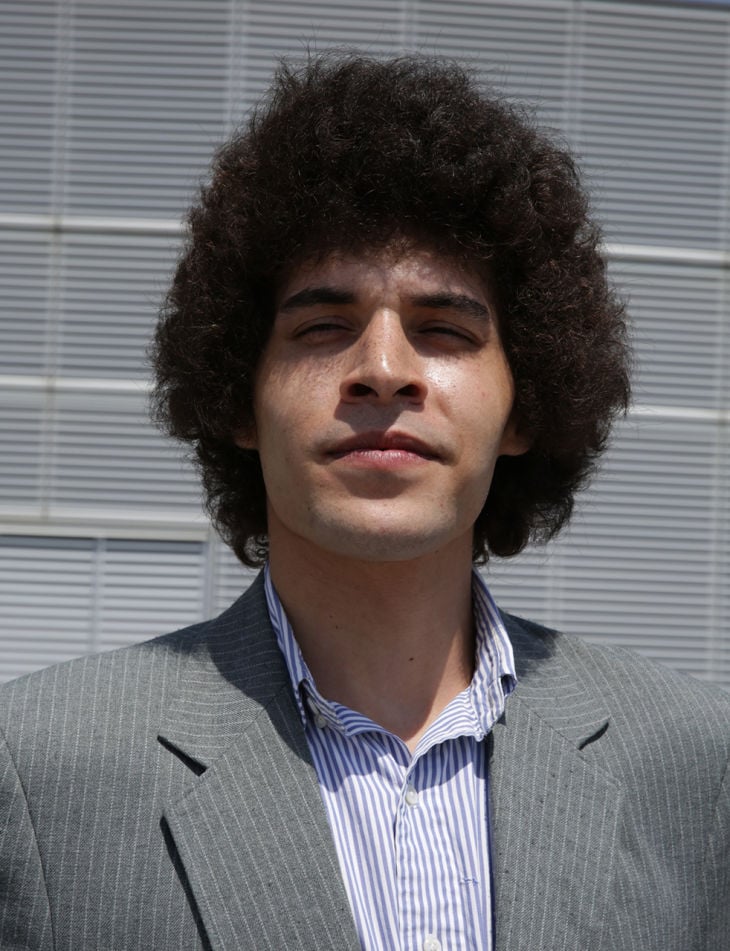 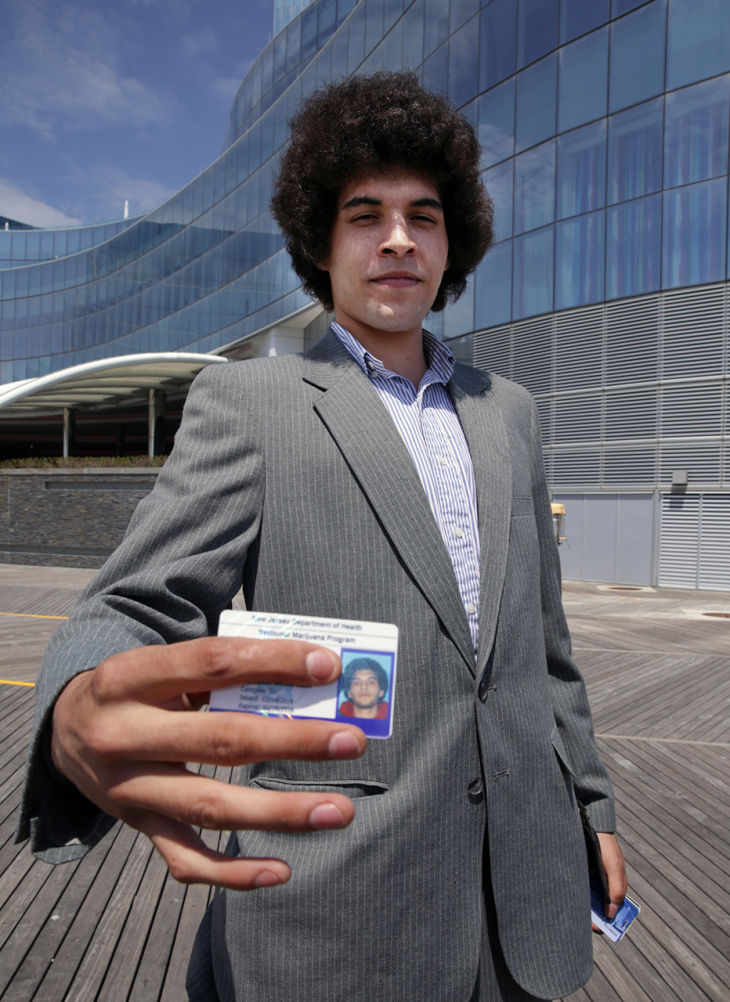 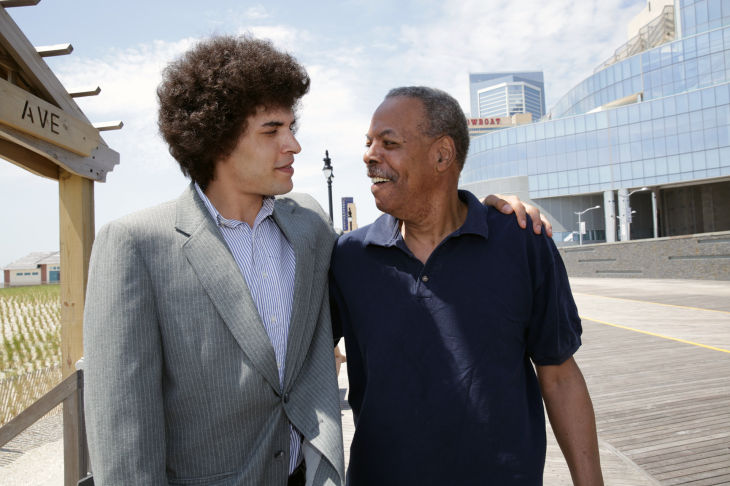 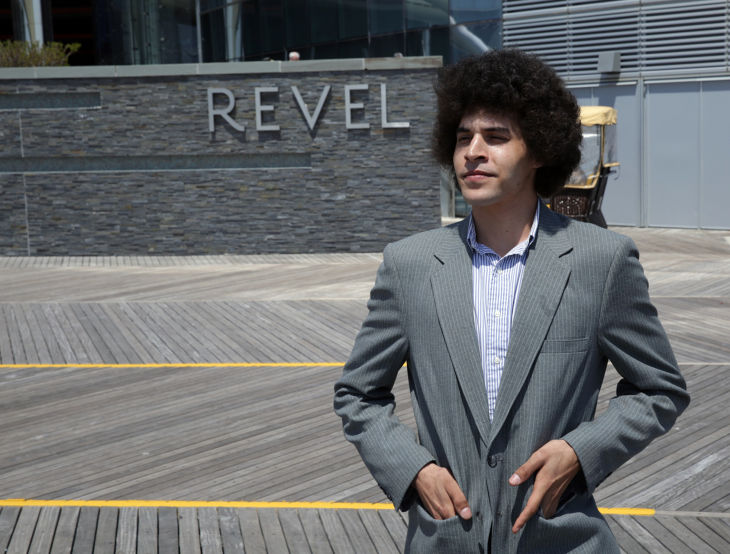 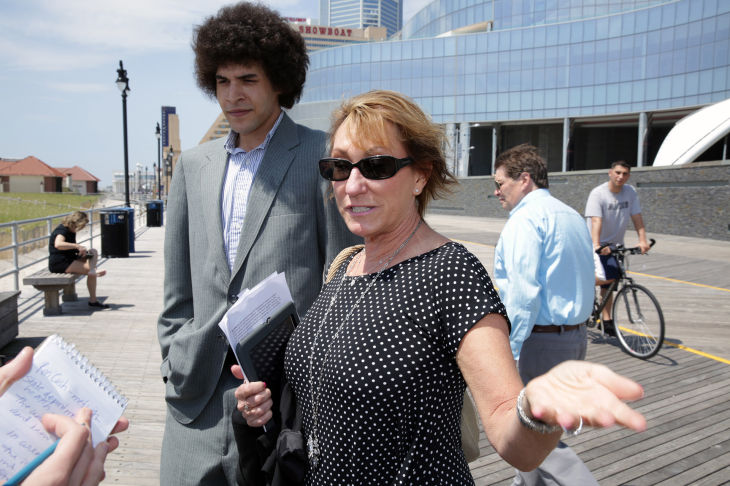 Daniel Price, of Atlantic City, stands with attorney Michelle Douglass, of Egg Harbor Township, during a press conference, Monday May 12, 2014, on the Atlantic City Boardwalk in front of Revel. Daniel hired Douglass after he was told he couldn't smoke medical marijuana at the casino despite having a medical marijuana ID card.

An Atlantic City man has hired an attorney to clarify whether registered medical marijuana users must be accommodated in casino smoking sections after he was told he could not take his prescription at Revel Casino Hotel.

Daniel Price, a 23-year-old medical marijuana card holder, said he was turned away from Revel and directed to the Boardwalk when he asked a security guard if he could use the substance in late April. A registered medical marijuana patient since February, Price is prescribed the drug to treat both seizures and irritable bowel disease.

“I asked the security guard. I did not state whether I’d smoke it, ingest it, what form of it I’d be using,” Price said. “I feel I should be accommodated.”

Northfield-based attorney Michelle Douglass is now representing Price in what she says could be a ground-breaking legal battle clarifying whether patients like Price must be accommodated by private businesses.

“Our position is ... that they are required to provide people with disabilities an accommodation,” Douglass said. “It is legal. He is legally permitted to use medical marijuana.”

No formal legal action has been taken to date. Price hired Douglass to represent him following the incident. At the time, Revel security officers directed him to consult with the New Jersey Division of Gaming Enforcement. The DGE then directed Price to Atlantic City’s Health and Human Services Department.

A meeting with the city health department took place Monday in which Price was accompanied by his attorney; the pair were told the city has no jurisdiction over the issue. Now, Douglass says the next step may be asking New Jersey Superior Court to make the call by filing legal documents compelling Revel to make its case before the court.

Lisa Johnson, a spokeswoman for Revel, said the casino was not commenting on the issue.

Ron Cash, director of the Health and Human Services Department, confirmed that the meeting took place but said he had no further comment at the advice of the city’s legal counsel.

According to Douglass, the state’s laws are ambiguous. While the law dictates some places where medical marijuana can’t be used, it’s not entirely clear where it can be used.

Guidelines issued by the state for users encourage patients to only use medical marijuana in their residences and only transport the substance when absolutely necessary. Still, nothing prohibits patients from using the substance outside of their homes or transporting it.

State rules provide that patients may not smoke medical marijuana in a school bus, on public transportation, in a private vehicle in operation. Patients also cannot smoke on school grounds, at any correctional facility, in a public park, on the beach, at a recreation center, or at any other place where smoking is prohibited.

All Atlantic City casinos, however, allow smoking. Revel initially opened as a smoke-free casino but later changed its stance. Casinos may designate up to 25 percent of the casino floor for smoking.

Dawn Thomas, a spokeswoman for the state Department of Health, which regulates the Medical Marijuana Program, said individual businesses are allowed to decide whether they want to allow the use of medical marijuana. Businesses can develop policies that address the use of marijuana on their premises, Thomas said.

DGE spokeswoman Kerry Langan confirmed that the division received a complaint on the issue but said businesses are not required to accommodate medical marijuana user under the Compassionate Use of Medical Marijuana Act.

“The division is reaching out to the industry to advise the casinos to develop their own policies regarding use of medical marijuana within the casino hotel premises,” Langan said. “A clear policy will help avoid confusion as well as customer inconvenience and dissatisfaction.”

Exactly what those policies would be is not yet clear.

The state legalized medical marijuana in 2010 for patients with debilitating conditions, including terminal cancer, multiple sclerosis or muscular dystrophy.

Price, who said he’s been through hundreds of hospital visits over the past seven years due to nausea, said marijuana helps to ramp up his appetite and control pain. His preferred method to take the drug is smoking, but Price said he also has an ingestible form.

Asked why he asked permission to take his prescription when he could have ingested it without anyone knowing, Price said he hoped to bring some clarification to the issue.

“I wanted to go through the proper channels,” Price said.

Board for EHT medical marijuana facilitty agrees to suspend CEO

Patients who use medical marijuana for pain and other chronic symptoms can take an unwanted hit: Insurers don't cover the treatment, which cos…

NEWARK — A New Jersey Transit clerk is suing after the agency suspended him for using medical marijuana to treat his end-stage renal failure.…

Revel Casino denied a patron's request to smoke medical marijuana in a smoking area. Was this the right decision?

Daniel Price, of Atlantic City, stands with attorney Michelle Douglass, of Egg Harbor Township, during a press conference, Monday May 12, 2014, on the Atlantic City Boardwalk in front of Revel. Daniel hired Douglass after he was told he couldn't smoke medical marijuana at the casino despite having a medical marijuana ID card.