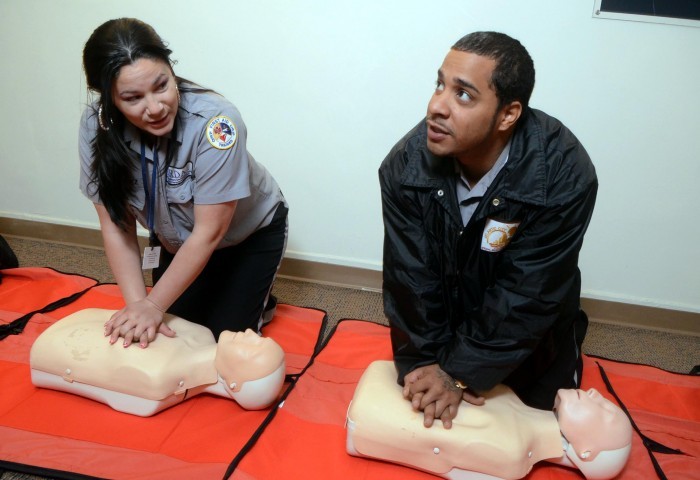 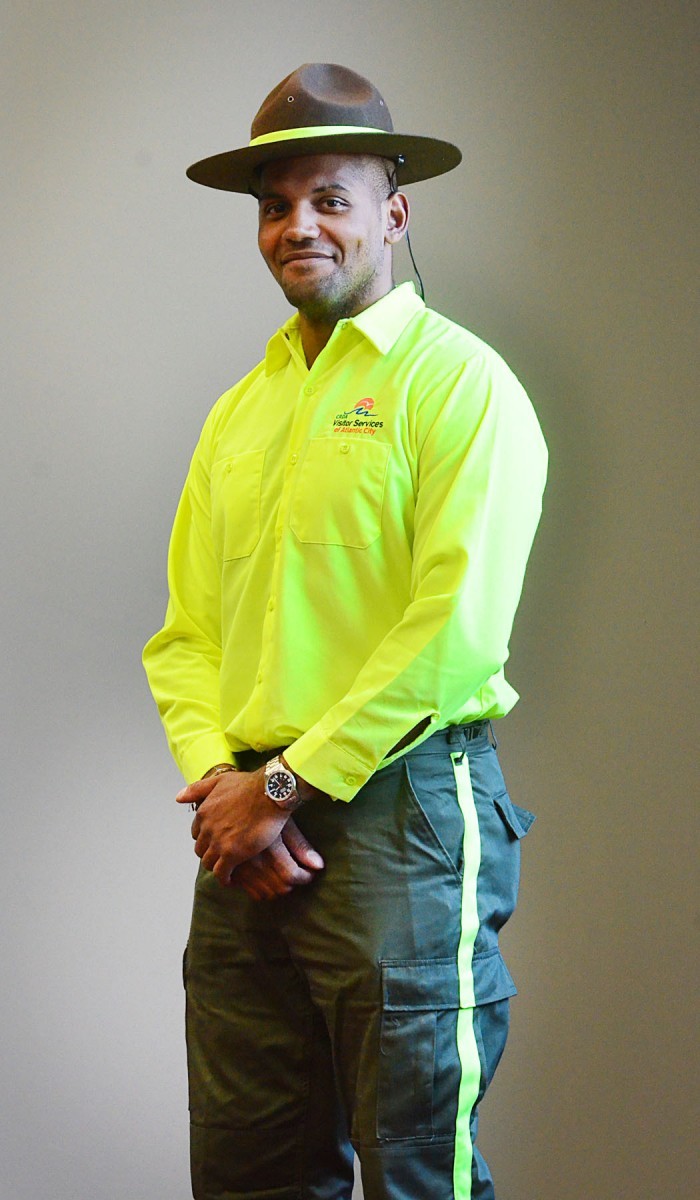 ATLANTIC CITY — Boardwalk Ambassadors — tourism employees who are part concierge and part neighborhood watch — will see their numbers and funding about triple in size this summer as the Casino Reinvestment Development Authority tries to enhance the experiences of visitors.

The ambassadors, many of whom start this Friday, will patrol the Boardwalk and on foot and bicycles, doing everything from recommending restaurants to performing CPR, if needed.

“We have one chance and only one chance to get this right,” said Rick Santoro, the CRDA consultant for the program’s overhaul. “This will be one of the first things the general public is going to see that’s a tangible effect of Tourism District implementation. This is very important to making people feel welcome ... making them feel safe.”

By Memorial Day, the team of 22 ambassadors who spread goodwill last summer will have grown to 60 and the CRDA will be spending $1.6 million — more than three times what it spent on the program last summer.

The point of the investment is to yield a more visible, better-educated, higher-paid and wider-ranging troupe of ambassadors. They provide directions, clean up graffiti, tip police — the little things that affect the visitor’s experience in Atlantic City.

The Casino Reinvestment Development Authority’s Tourism District initiatives have included an $800,000 Master Plan, $6 million worth of Boardwalk lighting and landscaping improvements and doubling the CRDA workforce to fulfill its increased duties. While significant, those steps are not as noticeable to visitors and residents as the Boardwalk Ambassadors expansion.

Officials hope “brilliantly” hued new ensembles will go a long way toward creating a sense of safety — particularly at night, said Don Guardian, head of the CRDA’s Special Improvement Division. The SID became a division of the CRDA in spring 2011, but Guardian has led the agency — which included the ambassadors program — since it launched as an autonomous district in 1993.

Instead of head-to-toe black, ambassadors will wear a neon yellow shirt. Instead of a cap, they will wear a saffron green campaign hat typical of a Marine Corps drill sergeant’s.

“A year ago, with all the lights not working on the Boardwalk, … you didn’t go (for a walk) because it was dark, it was foreboding, things like that,” Guardian said. “Lighting was one of the things (we took care of), but we wanted to make sure you could look in either direction and see one, two, three ambassadors on the Boardwalk, so you have a comfort level.”

The overhauled outfits likely will prove anything but comfortable for the ambassadors this summer. Although the city gets hotter than 80 degrees pretty much every day during its busiest season, officials will not provide ambassadors with a cooler version of the long-sleeved polyester collared shirts, Guardian said.

Ambassador Terry Hose said she’s not worried about that, nor does she mind a color most probably wouldn’t choose to wear every day.

Instead, she thinks the new uniform is more approachable and recognizable than the black pants and jackets some people have described to her as intimidating.

“It’s for the tourists,” Hose said of the look. “Why would we complain?”

The lifelong resort resident spoke during her break from a first-aid certification course that’s included in the training program for new hires and veteran ambassadors. Ambassadors have always been prepped for their job, but now the course lasts 80 hours and new segments on topics such as terrorism.

The preparation seems “more intense” than last year to Hose, who went to work as an ambassador last year during the program’s first expansion from 11 to 22 people. All but four of the existing crew are included in the new 46-person workforce.

Santoro, who also once sat on SID’s board of directors, said he based the 15-section training sequence in part on similar programs in other cities. He wouldn’t name those other places that he visited, phoned or read about online, but said Atlantic City’s program seems to be unique nationwide.

Santoro also sought input from local business owners and law enforcement officials. They told him they wanted more ambassadors capable of providing “the highest degree of customer service” and “dealing with routine occurrences on the Boardwalk.”

To help out with that, ambassadors have started using a reporting application for their smart phones. Santoro said he found just one other city using similar software for a department comparable to the Boardwalk Ambassadors program. Typically, it’s more common to find that technology utilized in the shipping and transportation sectors, or by military and law enforcement agencies, he said.

Burns retired from the New Jersey State Police a year ago. His career included serving as assistant commander of the agency’s barracks in Buena Vista Township, followed by an eight-month stint at the Atlantic City International Airport.

“Not to knock other state troopers, but (the job) is a bit rote typically,” Guardian said. “You assign troopers to areas. You don't have five towns with senior citizens looking for their lost cat or wanting to know why the tree's not removed. So that was an important feature for us, to have someone who is used to that kind of interaction.”

Guardian also cited Burns’ time at the airport, where he oversaw state troopers and coordinated their activities with the FAA, FBI, TSA, U.S. Marshals, Coast Guard and Air National Guard also based at the 5,300-acre complex in Egg Harbor Township.

“We now have to be working with the Sheriff’s Department, the city, the State Troopers assigned here, (Tourism District Commander) Tom Gilbert, each of the security chiefs at each of the casinos, the security at The Walk, the ACPD,” Guardian said.

Involvement of external public safety agencies have increased both in number and influence in Atlantic City since lawmakers started working on the Tourism District legislation.

This summer also will add 25 Class II police officers who will share the ambassadors’ new Boardwalk substation, the result of renovating the former Atlantic City Visitor’s Center at Park Place.

“The similarity between this and that assignment is the facilitating and liaison work,” Burns said. “At the airport ... everybody thought they were in charge. There were a dozen agencies … in one jurisdiction.”

Before: Atlantic City Boardwalk between Jackson Avenue at the Ventnor border and Gardner’s Basin at tip of Absecon Island

Before: Black pants, shirt, cap and windbreaker with “AMBASSADOR” spelled across the back

Developed by security consultant Rick Santoro for $8,250, the new program lasts 80 hours and includes modules on terrorism, emergency management awareness and endangered people such as lost children, senior citizens, those who are intoxicated or mentally unstable.

Before: Comfort station at Kennedy Plaza

If you’re lost, confused and on Atlantic City’s Boardwalk, help is on its way.