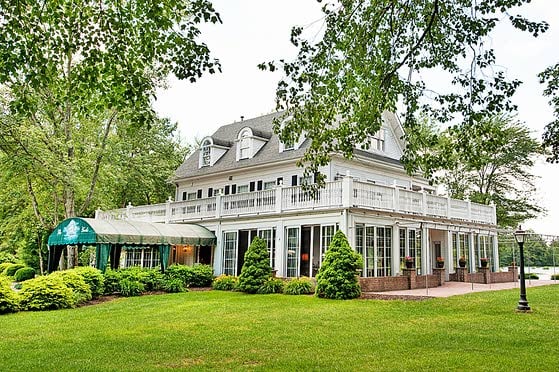 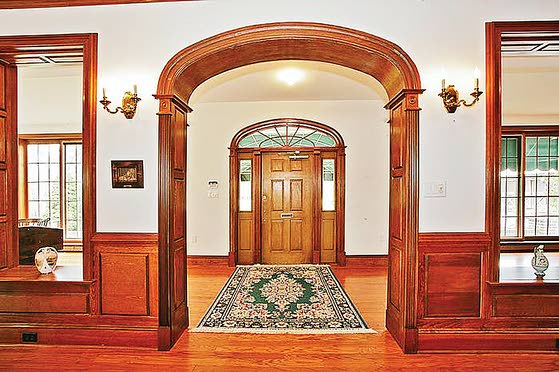 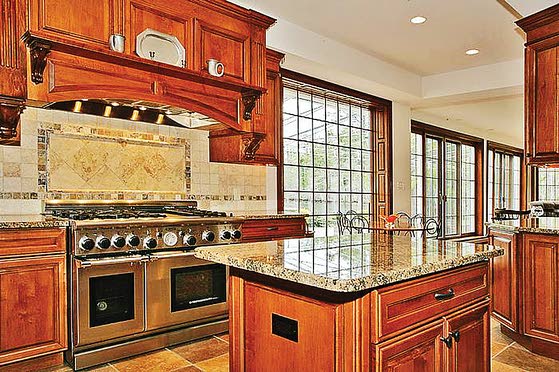 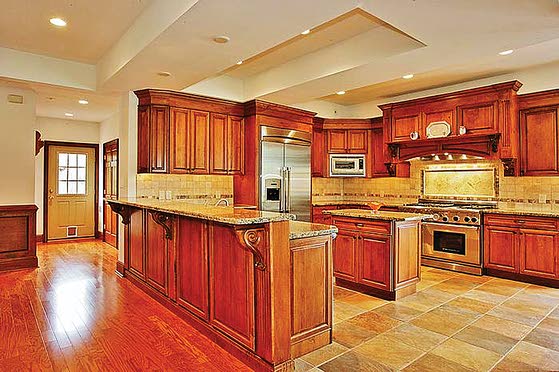 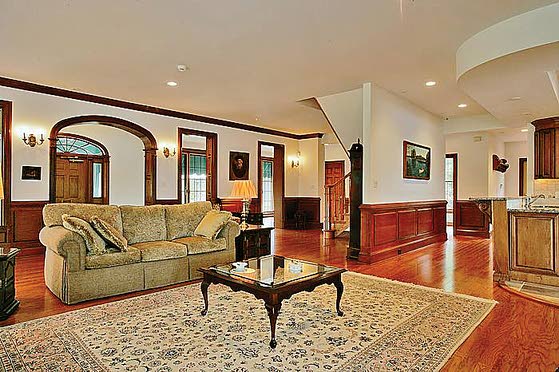 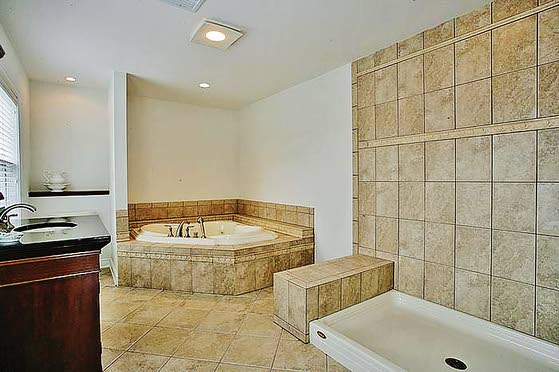 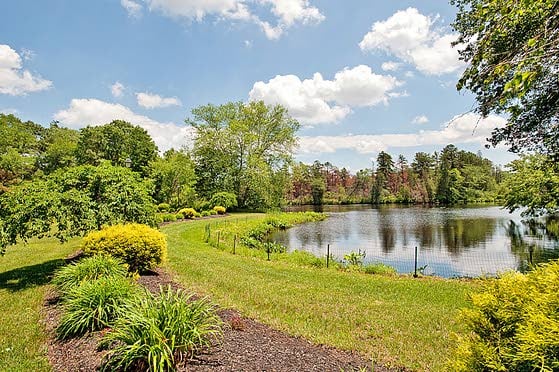 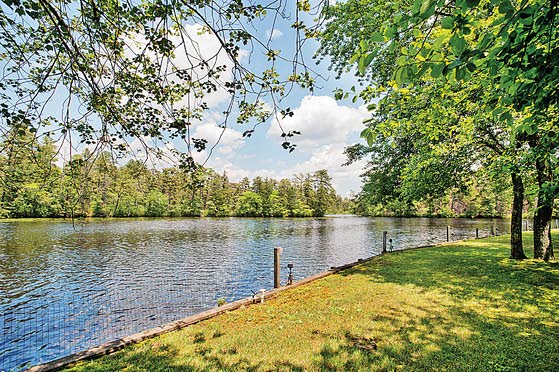 The Mullica River winds around 1,500 feet of the lushly landscaped property.

The magnificent three-story house overlooking the Mullica and Batsto rivers has the feel of an early 19th century estate. But when Bob and Carol Ottinger purchased the property 1985 it was nothing more than a rundown marina with a few rickety boat slips and dilapidated house/office. But what a location - five acres of pristine pinelands in rural Sweetwater that included 1,500 feet of river frontage.For Bob, it was the ideal place to pursue his dream of opening a tavern in a beautiful outdoor setting.

Over the next decade, he transformed the property into an upscale marina in a park-like setting. He rebuilt the docks, planted acres of flowers, shrubs and grass and built a bar/restaurant on the footprint of the old house.

"He was a creator and a doer," says Bob's widow, Carol. "He rolled up his sleeves and went out there and whipped the property into shape. He put his heart and soul into it."

By the mid-1990s, the restaurant had evolved into a spectacular federal style building, with an elegant bar surrounded by enclosed porches overlooking The Forks, named for the confluence of Mullica and Batsto rivers. Bob named it The Forks Inn, which quickly became a popular venue for weddings and banquets.

Despite its popularity in the community, the Forks had a short run as a fine dining and event venue. Bob closed the inn in 2004 and was in the process of converting it into a private residence when he died in 2007.

"Bob loved this property," says Carol, who owned a flower shop in Stratford, Camden County, for many years. "We had decided we were going to renovate the inn and have it to ourselves. But he never got to live one day in it."

Today, the former inn features 4 bedrooms, 3.5 baths and about 5,500 square feet of luxurious living space. A wide porch wraps all the way around the second floor and looks out over the river and 5,000 square feet of beautifully landscaped patios.

The interior features a grand entrance foyer, wainscoting, crown molding, 10-foot ceilings, hardwood floors and oversized windows. Sliding glass doors in the foyer open to a front patio. There's a solarium, a formal dining room and a formal living room that opens to an enormous kitchen with custom cabinetry, granite counters, stone floors, a center island and top-of-the-line stainless steel Thermador appliances. A sun-drenched breakfast area has a service pantry and a door to the patio.

The second floor is highlighted by a luxurious master bedroom suite with a sitting area, walk-in closet, and a master bathroom with a large Jacuzzi tub. Five sets of sliding glass doors open to the wrap-around covered porch with an elevated view of the river and pine forest. The second floor also includes another bedroom with access to the porch, a full hall bathroom and a laundry room. Two more bedrooms and a bathroom are found on the third floor. Each bedroom has dormer windows that feature bird's eye views of the two rivers.

A Riparian grant, a tidelands lease and a rental cottage are also included in the purchase price.

"It's a special place," says Carol. "It's like living in a resort. But now I'm ready to have someone else take it over. Bob would have loved to see someone bring it back to a restaurant. I still have the liquor license. It's zoned commercial residential. And it could still be a marina. I have a huge pole barn that can be used for storage. There are a lot of options."

The Mullica River winds around 1,500 feet of the lushly landscaped property.