MNF: Latest scores and updates from Chiefs vs. Bills and Cardinals vs. Cowboys 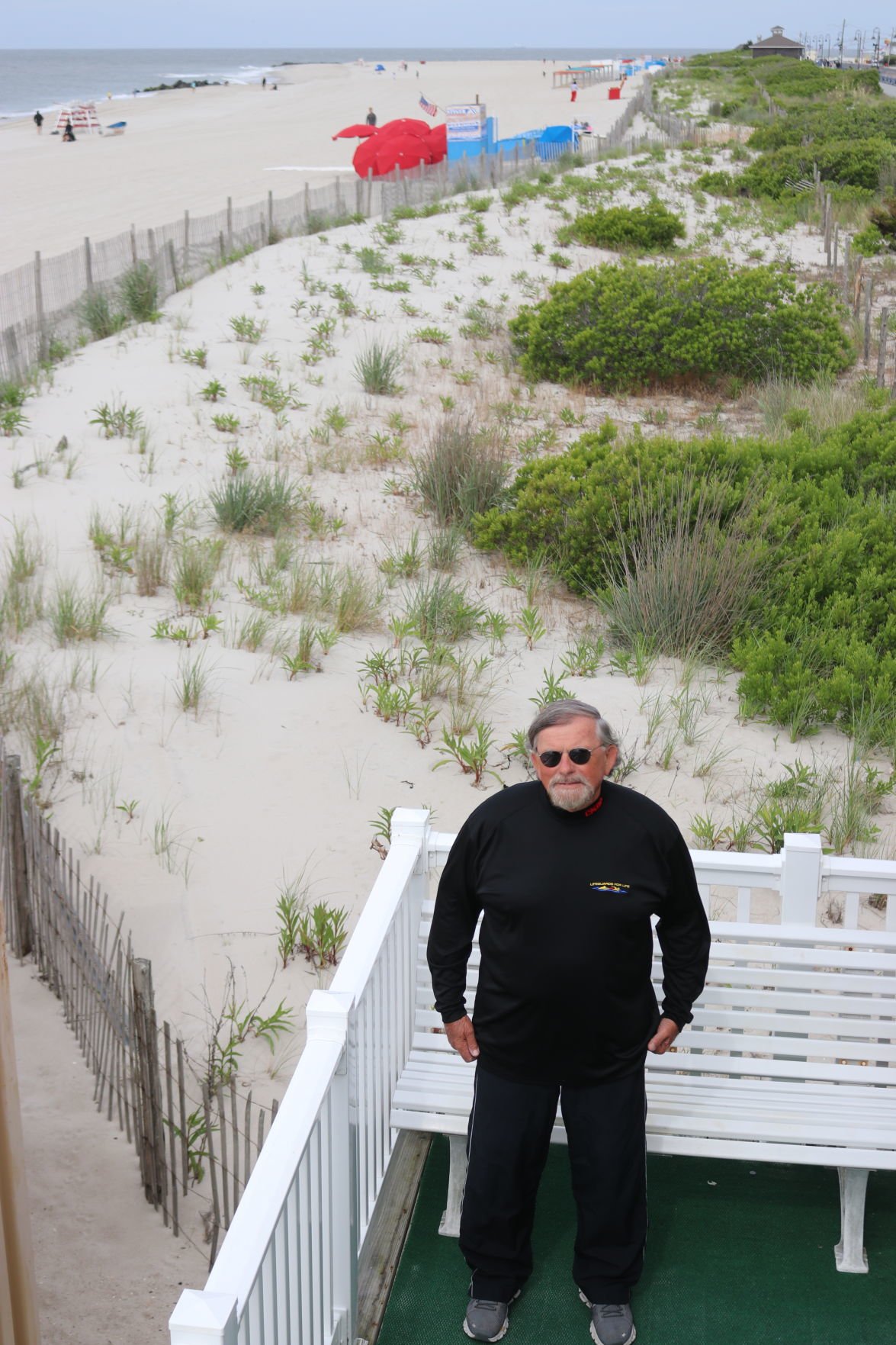 Buzz Mogck stands by a beach named for him, an honor extended to only two beach patrol leaders in Cape May history. This month, Mogck retired after leading the Cape May Beach Patrol for decades. 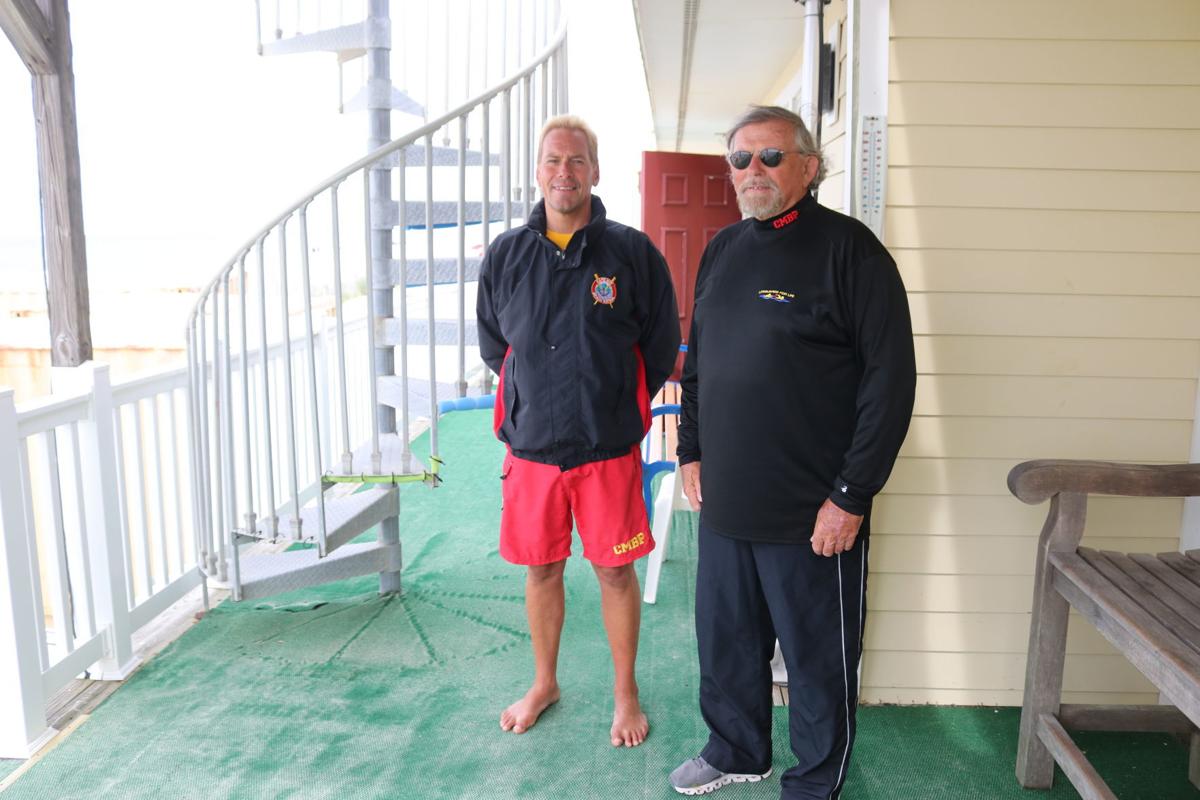 Cape May’s new beach patrol Chief Geoff Rife said he will change little from the systems and procedures enacted by Buzz Mogck, at right, who retired this month after leading the beach patrol for decades. 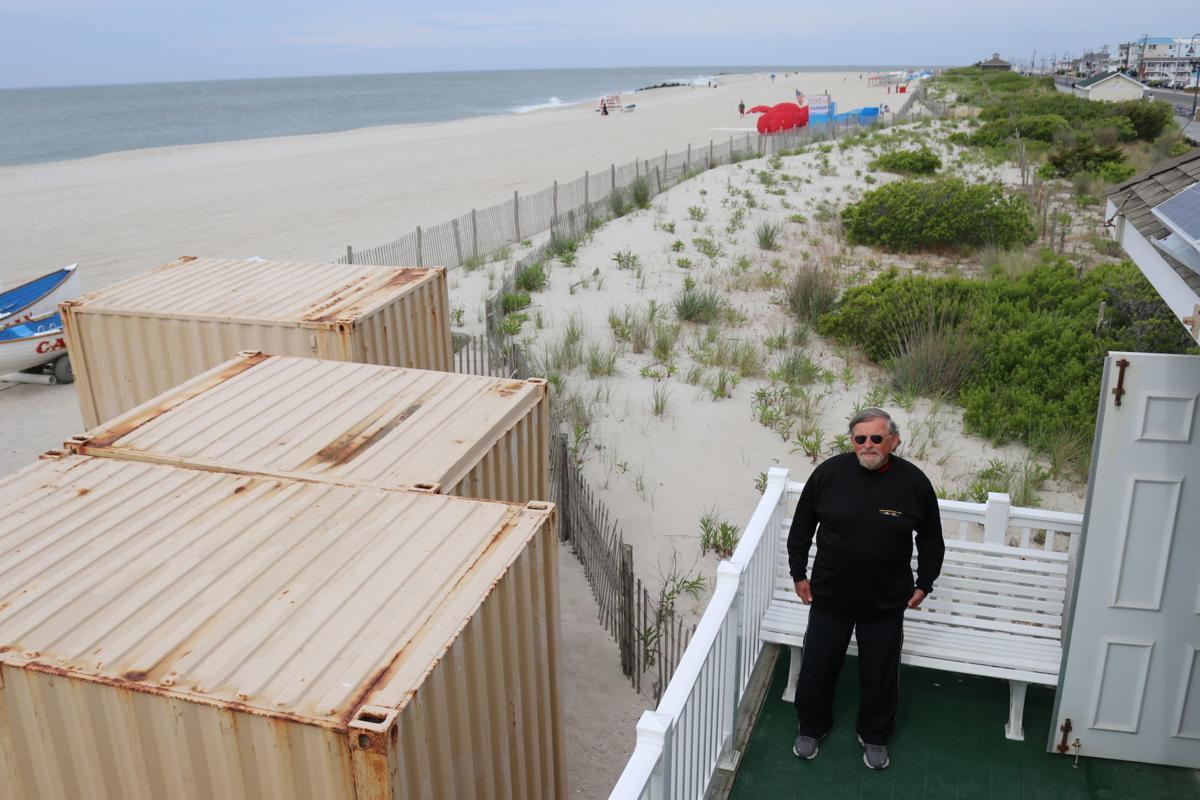 Buzz Mogck stands by the Cape May beach named for him, an honor extended to only two beach patrol leaders in the town’s history. Mogck retired this month after leading the Cape May Beach Patrol for decades.

His parents had closed the Cape May Boat Works his family had founded, but he wanted to stay in Cape May. He took a job as a lifeguard, with no reason to believe he would be on the beach for more than 50 years.

Universally known as “Buzz,” Mogck retired this month as the chief of the Cape May Beach Patrol, with new Chief Geoff Rife taking up the reins.

“I feel good about leaving it to him,” Mogck said. He hired Rife, and the two have worked closely together.

“It was my honor to be able to work with him for 36 years,” Rife said.

Rife does not expect to change much now that he’s in charge. He said in the 40 years that Mogck headed the beach patrol, Mogck worked to create a professional and well-trained unit.

“My goal as the new chief is just to continue to move our beach patrol forward,” Rife said. “I want to maintain our reputation and safety record. It’s something that we have a tremendous amount of pride in.”

There has not been a drowning recorded in Cape May at a guarded beach in the history of the patrol, Mogck said. The first paid lifeguards were hired in 1911. Before that, hotels placed surfboats on the beach and hired guards, according to a history posted on the Beach Patrol website.

Some things will change this year as Cape May and other shore towns adjust to the reality of COVID-19 and look for new ways to keep beaches safe. At protected beaches, there will be a guard on the stand and another on the sand to maintain the recommended distance, Rife said; guards will also be on paddleboards in the water.

Guards will be issued cloth face masks and are to use surgical masks and gloves for any medical call, Rife said. Rife is a certified EMT, one of several on the Beach Patrol.

Mogck retired June 1. He remains a popular figure among the lifeguards.

“The chief and I are very close,” Rife said. “I have the utmost respect for him. I can’t speak more highly than that.”

Mogck said Rife has been like a son to him.

City Council approved a resolution in Mogck’s honor, with each member of the governing body praising him at a recent meeting. But the honor that means the most to him came in 2012, when a Cape May beach was named for him.

It was a complete surprise. His children took him out to breakfast nearby, and when they walked up toward the beach they found the lifeguards lined up on the Promenade in front of what was to become his beach.

“I said, ‘They’re supposed to be up there,’” meaning the nearby patrol headquarters.

Standing on the back deck of the Beach Patrol headquarters on Grant Street, looking over his beach, Mogck said only one other lifeguard has been given that honor, Capt. Clete Cannone. The two beaches are next to each other. Cannone headed the Beach Patrol. Mogck was a lifeguard for about 10 years before replacing Cannone as the patrol captain.

Cannone also held the job for decades, leading the patrol from 1948 until 1980. At that time, the captain was the top officer in the Beach Patrol, Mogck said. In 2017, the city created the position of beach patrol chief and named Mogck to it, with Rife advancing to captain.

It better fit with the duties of the job and matched how other shore towns handled the chain of command, Mogck said.

Harry Mogck Sr. was a member of City Council as well as a businessman. His son had the nickname “Buzz” since childhood, bestowed by an aunt.

“I was pretty active when I was young,” he said.

Mogck said he could not begin to guess how many rescues he’d participated in through his years with the Beach Patrol. When he started, he said, the currents around Cape May were different, long before a beach replenishment project started in 1990 changed the size and shape of the beach.

In the 1960s and ’70s, he said, guards often used surfboats to rescue multiple individuals who had been pulled out past their depth by strong currents.

In its proclamation, City Council cited Mogck for bringing in more vehicles and new rescue techniques, including rescue cans, describing them as “orange torpedoes,” and rescue paddle boards.

In a proclamation signed by Mayor Clarence “Chuck” Lear, Mogck is credited with launching multiple initiatives, including EMT certification for all Beach Patrol officers, first aid and CPR certification for all members, bringing in surf chairs for visitors with limited mobility and initiating an after-hours rescue program.

In 1992, he started the Junior Lifeguard program, which officials say has become a model for other beach communities. Along the way, the national lifeguard championship competition was held in Cape May six times.

The city resolution also mentioned that Mogck once rode a bicycle to Florida, and another time rowed a boat there from Cape May. The city commended his “exemplary leadership, unwavering dedication and manifest integrity.”

OCEAN CITY — Water gushes through the bars of a 10-foot square steel box near Brighton Avenue on the north end of the island, spewing muddy sa…

Buzz Mogck stands by a beach named for him, an honor extended to only two beach patrol leaders in Cape May history. This month, Mogck retired after leading the Cape May Beach Patrol for decades.

Cape May’s new beach patrol Chief Geoff Rife said he will change little from the systems and procedures enacted by Buzz Mogck, at right, who retired this month after leading the beach patrol for decades.

Buzz Mogck stands by the Cape May beach named for him, an honor extended to only two beach patrol leaders in the town’s history. Mogck retired this month after leading the Cape May Beach Patrol for decades.