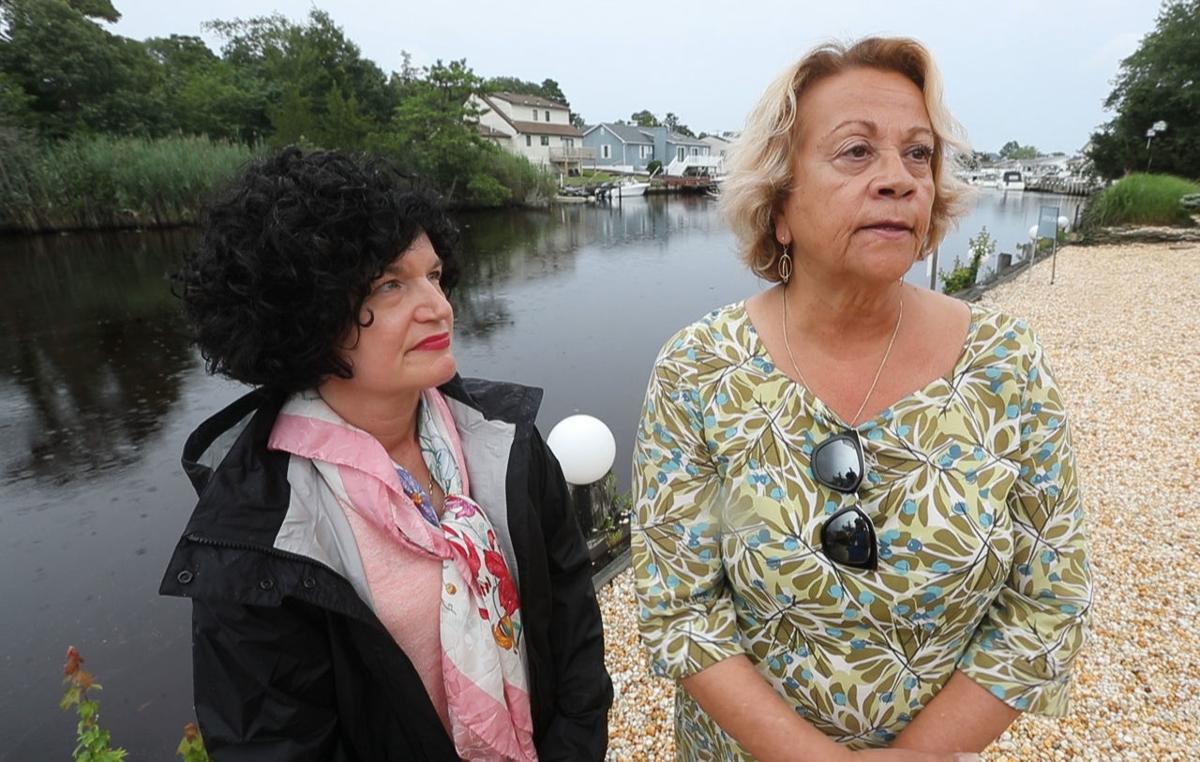 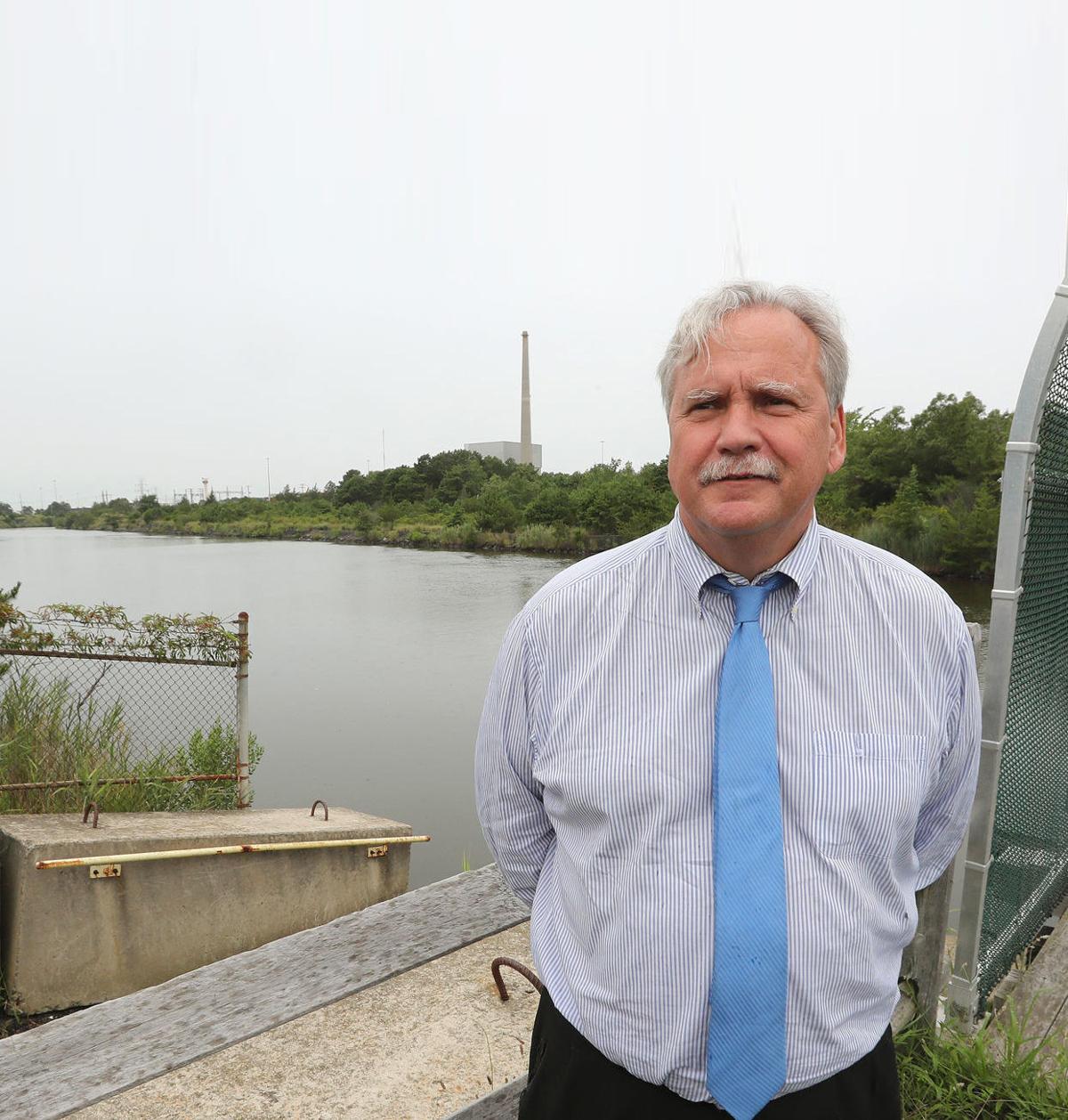 Jeff Tittel spent 23 years as director of the New Jersey Sierra Club. In this file photo from 2018, Tittel stands in front of the closed Oyster Creek Generating Station in Lacey Township. He spent many years working to get the plant closed, citing its negative effect on Barnegat Bay.

A high-level nuclear waste storage facility doesn’t exist yet, since the federal government stopped its attempts in 2011 to develop the Yucca Mountain facility in Nevada in the face of local and regional opposition.

So, for the foreseeable future, nuclear plants’ spent fuel must be stored on site of both operating and closed plants.

But Holtec International, which is trying to buy the Oyster Creek plant in Lacey Township for decommissioning, has an application before the Nuclear Regulatory Commission to open a short-term facility in New Mexico. It proposes to store high-level nuclear waste there, such as spent fuel rods from nuclear plants.

A Holtec spokesperson did not respond to requests for information.

LACEY TOWNSHIP — For 50 years, the Oyster Creek Generating Station has towered over the Pine Barrens in what used to be a sleepy fishing villa…

Holtec would likely try to transport Oyster Creek’s waste to the New Mexico facility. That and the fact that Holtec manufactures casks for storage of nuclear waste bring up conflicts of interest, said Clean Water Action Board Chairwoman Janet Tauro, of Brick Township. She has been fighting to get the Oyster Creek plant closed for years.

Tauro said whoever does the decommissioning should have to choose the best and safest cask and storage options, not the ones that will make the most money for them.

“How do you do that if it’s all your stuff, if Holtec is managing the decommissioning and buying their own casks and choosing to store at a Holtec-owned site in New Mexico?” asked Tauro.

Tauro is especially concerned about Holtec casks, since some of them malfunctioned at the decommissioned San Onofre nuclear plant in San Diego County, California, she said.

NRC spokesman Neil Sheehan said the problem was discovered Feb. 20 “during a mandatory pre-loading inspection of multipurpose canisters, the stainless-steel casks that hold the spent fuel.”

He said it involved a broken shim standoff bolt inside the cask. The loose bolt — about 4 inches long and 7/16th of an inch in diameter — was found in the bottom of one of the casks.

It was shipped back to Holtec, Sheehan said. Holtec inspected other canisters at its facility in Camden and found another with a broken standoff bolt.

Other plants that have casks with the same design are Vermont Yankee, Dresden, Grand Gulf, Hatch, Columbia, Watts Bar and Callaway.

“NRC staff, both in our regional offices and headquarters in Rockville, Maryland, closely monitored the actions being taken by plant owners and Holtec, the cask vendor, in response to the issue,” Sheehan said. “Holtec and the plant owners performed root-cause and extent-of-condition analyses. Those assessments determined that the heat flow inside the casks would not be adversely impacted by the problem. We are still reviewing the issue.”

The New Mexico storage facility is unlikely to become a reality, said New Jersey Sierra Club Director Jeff Tittel, since it would require moving high-level radioactive waste across the country.

“Years ago we called them ‘mobile Chernobyls,’” said Tittel of the idea of moving such waste by truck or train. His organization has also fought to close the plant for decades.

Tittel predicted opposition in New Mexico to siting the facility there, and opposition along any potential transportation routes, would doom the idea.

Tauro is also concerned about Holtec’s plans to subcontract the decommissioning work to Comprehensive Decommissioning International LLC, of Camden. CDI was formed earlier this year as a joint venture company of Holtec and SNC-Lavalin.

SNC-Lavalin has been charged with corruption, fraud and bribery in Canada, according to Canadian media reports.

“It’s extremely troubling because they are going to be handling a decommissioning fund of almost a billion dollars,” Tauro said. “This really points to the need absolutely for the independent oversight board. To lend this whole deal transparency and independence, and having people on that board who have absolutely nothing to gain.”

Once a privately held company is in charge of decommissioning, she said, transparency will be lost.

Sheehan said Vermont Yankee in Vernon, Vermont, and Oyster Creek are the only nuclear plants ever proposed to be sold for decommissioning.

However, in 2010, Exelon transferred the license for Zion Nuclear Power Station in Zion, Illinois, to EnergySolutions of Salt Lake City to do the decommissioning, and will take the license back after the work is done. In that case, Exelon continues to be responsible for the spent fuel.

Web of companies would be involved in Oyster Creek decommissioning

The Oyster Creek Generating Station in Lacey Township, the nation’s oldest active nuclear plant, will close in just a few weeks. Then it will …

Oldest US nuclear plant is shutting down on Monday

NRC review of Oyster Creek sale may be sped up

When the nuclear era ends: Struggling Zion, Ill., a lesson for Lacey Township

More than 20 years after its nuclear plant closed, Zion, Illinois, is still dealing with the financial and community repercussions of its loss…

Jeff Tittel spent 23 years as director of the New Jersey Sierra Club. In this file photo from 2018, Tittel stands in front of the closed Oyster Creek Generating Station in Lacey Township. He spent many years working to get the plant closed, citing its negative effect on Barnegat Bay.