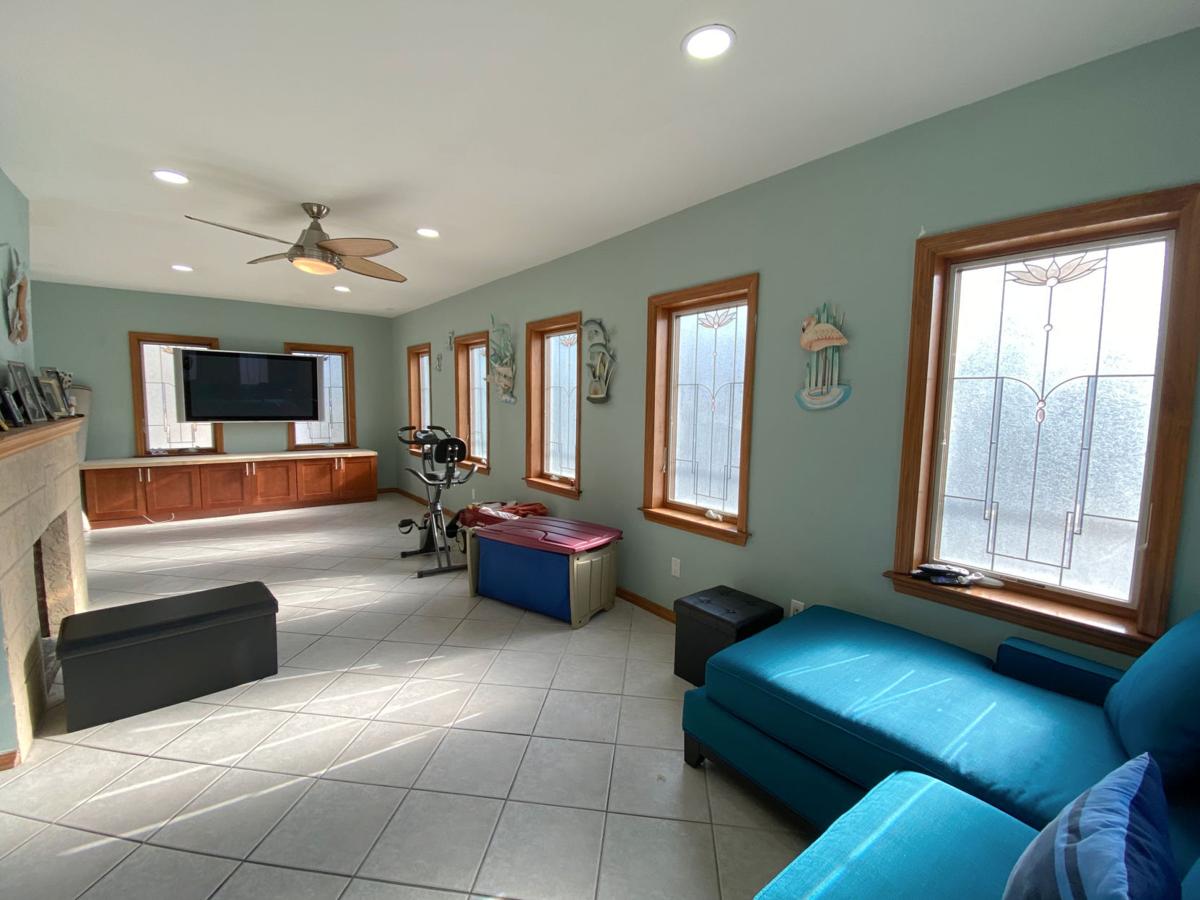 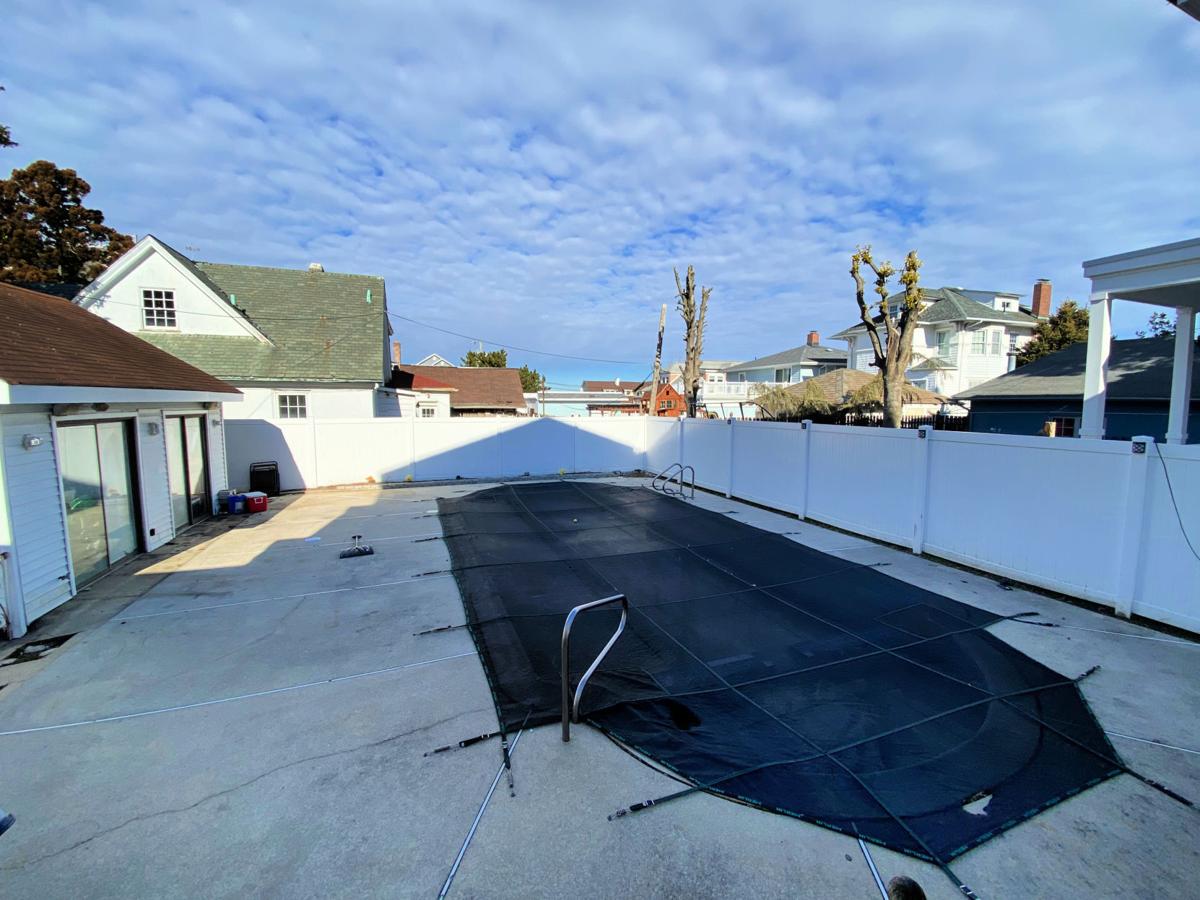 The patio and heated swimming pool, shown here with its protective winter cover, are features that help make this home an ideal place to spend sun-filled summer days. 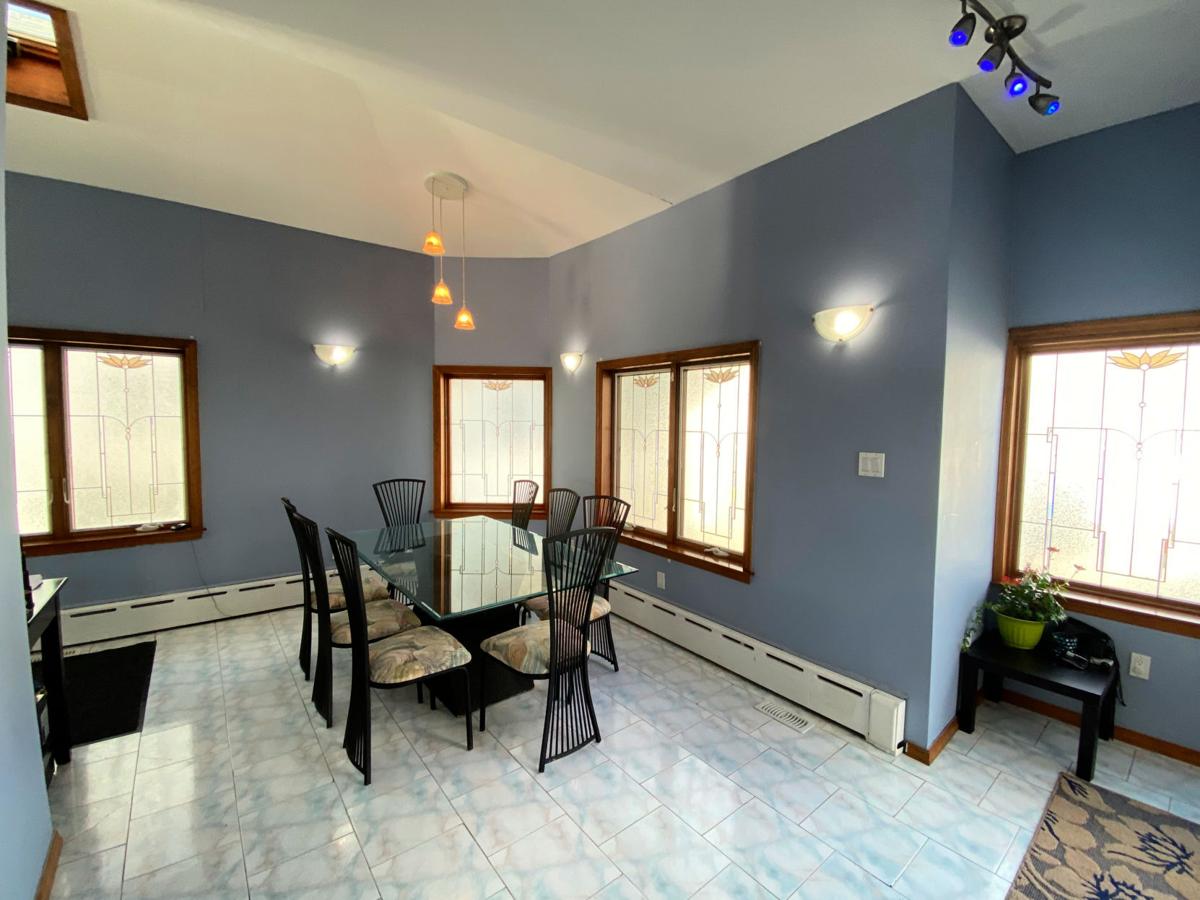 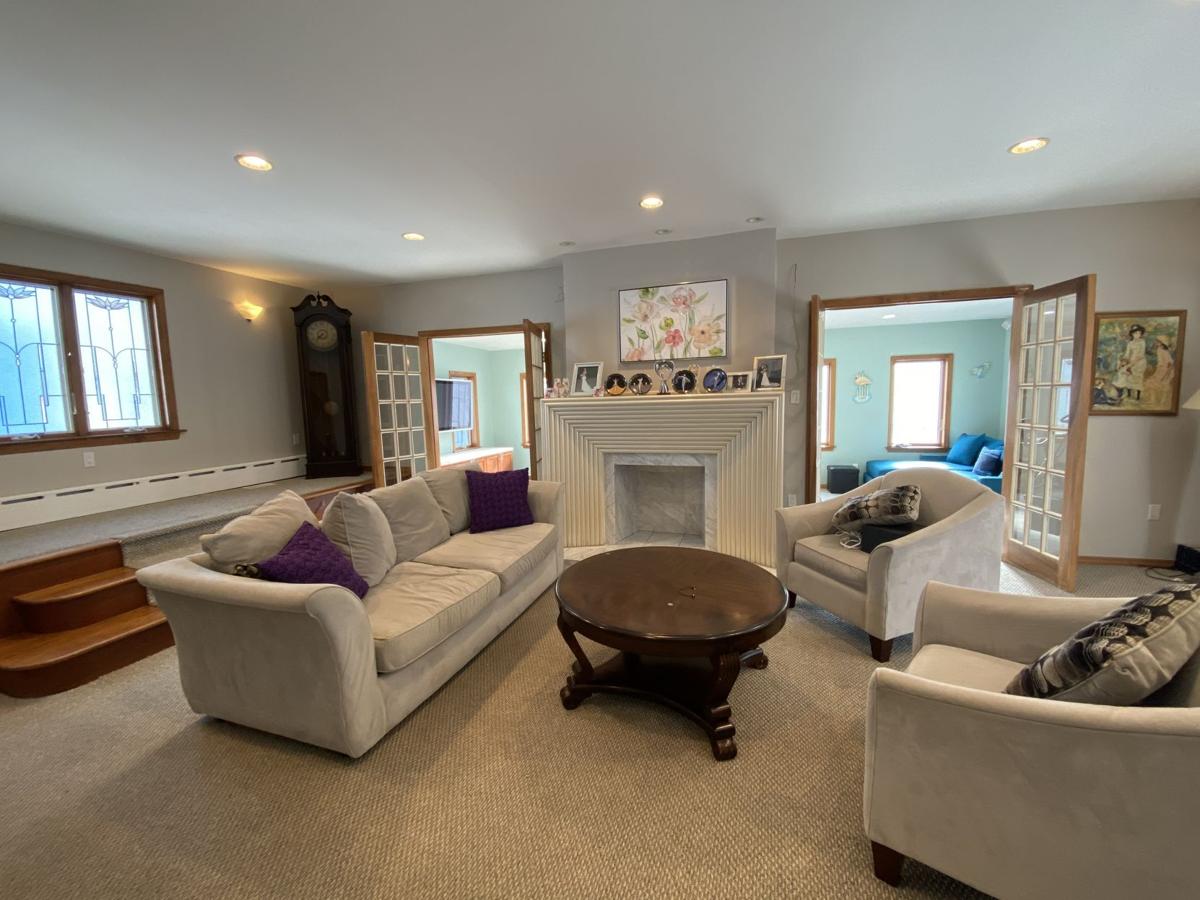 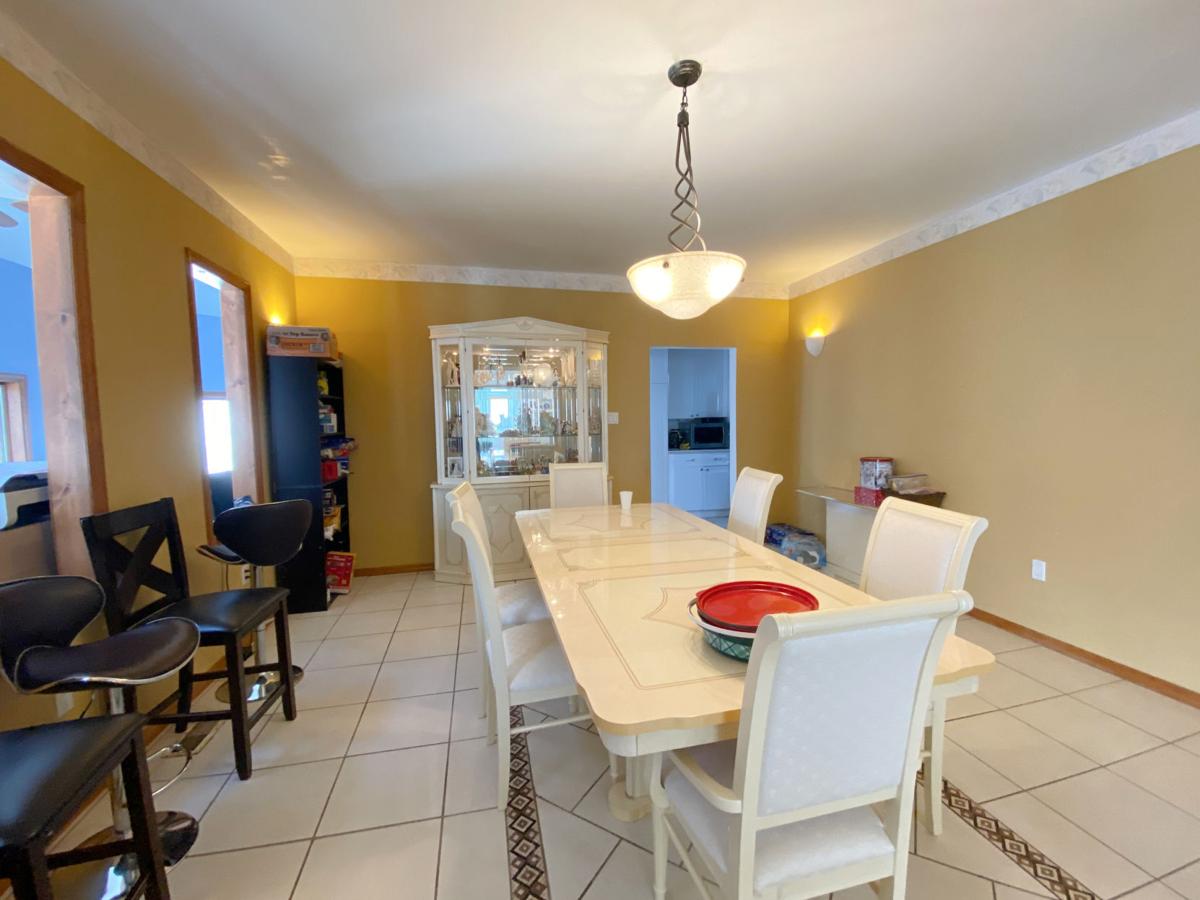 If an ordinary, everyday house is what you’re looking for, the five-bedroom, 5½-bath abode on the market at 6005 Ventnor Ave. in Ventnor’s historic St. Leonard’s Tract neighborhood definitely isn’t it. The high-tech haven you’ll find at that address is more like something you might envision Agent 007 inhabiting if he had maintained a resort residence at the Jersey Shore.

Not only did the current owner and occupant, who’s a professional home builder, rebuild this 1928-vintage home “from the ground up,” but he also endowed it with every kind of “future-proof” advancement and advantage you could imagine (as well as a few you might not). Or as he puts it, “I overdid so many things— which seemed like a great idea when I was in the process of doing it.”

The result of that idea’s realization, however, is that whoever buys it will be getting the benefit of one of the most unique and enviable environments on Absecon Island for working remotely, whether in a job or a home-based business, as an increasing number of people will inevitably be doing even after the current pandemic ends.

Such electronic enhancements run the gamut from each room having been equipped with its own separate 20-amp power supply, hard wiring that reliably allows for the bypassing of wi-fi, and dedicated telephone circuitry for separate land and fax lines (which are still handy things to have in many situations) to a full bevy of high-tech security and alarm systems having been installed throughout the house. And that’s not to mention such practical features as electrical controls for the skylights, a central vac system, and home theater wiring that extends from the media center in the family room to the formal living room via eight speakers.

“If you want to work everything by wireless remote control, that capability is in there, too,” the owner notes.

But all that built-in technology is only one aspect of what makes this such an enticing setting for year-round living (as well as working). It also offers such highly desirable quality-of-life features as an in-ground heated pool and outdoor Jacuzzi, complete with a patio and brand new pool house (including a wet bar) and equipment, as well as four more actual Jacuzzis inside the residence, two of them with steam; three wood-burning fireplaces in the family room, living room and master bedroom; walk-in closets in every bedroom (with two apiece in the top-floor bedrooms); a finished basement (which is 12 feet above sea level) with a full bathroom, laundry/utility room, playroom and outside access to the pool, and radiant under-floor heating that the owner describes as being “really spectacular when you get up in the middle of a winter’s night.”

Even the eat-in kitchen of this home has some ‘special effects’ going for it in the form of automatic, motion-initiated lighting and a Bosch Induction Cooktop, which uses an extremely efficient magnetic technology to facilitate rapid cooking while its surface remains cool, with a warming drawer that can be used to keep items hot until they’re served, as well as to bake bread.

In addition to such cutting-edge conveniences, luxuries and amenities, the owner installed copper plumbing and an upgraded electrical system when he rebuilt the house, along with Frank Lloyd Wright-inspired Andersen lotus pattern stained-glass windows that are semi-opaque and don’t require constant cleaning (which, he points out, are in casements and thus easy to open or, for that matter, to remove should a new owner prefer another type of window). Other amenities include a private fenced-in rear yard and patio, a driveway with ample room to accommodate multiple vehicles, a sun porch and a private deck off the master bedroom. And as far as the current furnishings are concerned, the owner says he’s “open to anything.”

Not to be overlooked, of course, is the prime resort location of this house, just two blocks from the Ventnor beach and boardwalk and a short walk from many of Ventnor Avenue’s eateries and shops as well as the city’s municipal tennis courts, and a few minutes’ drive from both Casel’s Marketplace in neighboring Margate and the casinos and attractions of Atlantic City.

The property, according to the owner, also has a somewhat distinctive history in having once been owned by the family of movie star Anne Heche and in the fact that its back yard was featured on one of Engelbert Humperdinck’s album covers (although that may not be a familiar name to the younger buyers he believes might be most attracted to this four-story home, which is endowed with everything except an elevator).

If this extraordinarily ‘electrifying’ residence, which has an asking price of $889,000, sounds like one that might provide you with all the elements you would need to both work and play at home (or appeal to your ‘inner Bond’), you can arrange for a tour by contacting listing agents Paula Hartman at (609) 271-7337 or at redheadedrealtor@aol.com, or Dana Hartman at (609) 287-6201, or either of them at BHHS Fox and Roach realtors in Margate at (609) 487-7234.

In addition, a comprehensive list of both the technological and construction methods and materials that went into the revamping of the home has actually been compiled by the owner for potential purchasers.

What Biden’s free college plan could mean for you

Take a closer look at Biden's American Families Plan and how it could affect your finances. Plus, check out more money tips from experts at NerdWallet, Forbes and the Motley-Fool.

How To Get A Refund Of Your Student Loan Payments

It’s been an up-and-down year for many student loan borrowers. Even if you could afford to keep making regular payments after the federal Covid-19 student loan forbearance period started last March, perhaps your financial situation has since changed and you would benefit from a refund of that money. If you now find yourself strapped for […]

3 Ways Your 401(k) Could Help Make You a Millionaire

Your 401(k) could play a huge role in you becoming a millionaire.

The patio and heated swimming pool, shown here with its protective winter cover, are features that help make this home an ideal place to spend sun-filled summer days.