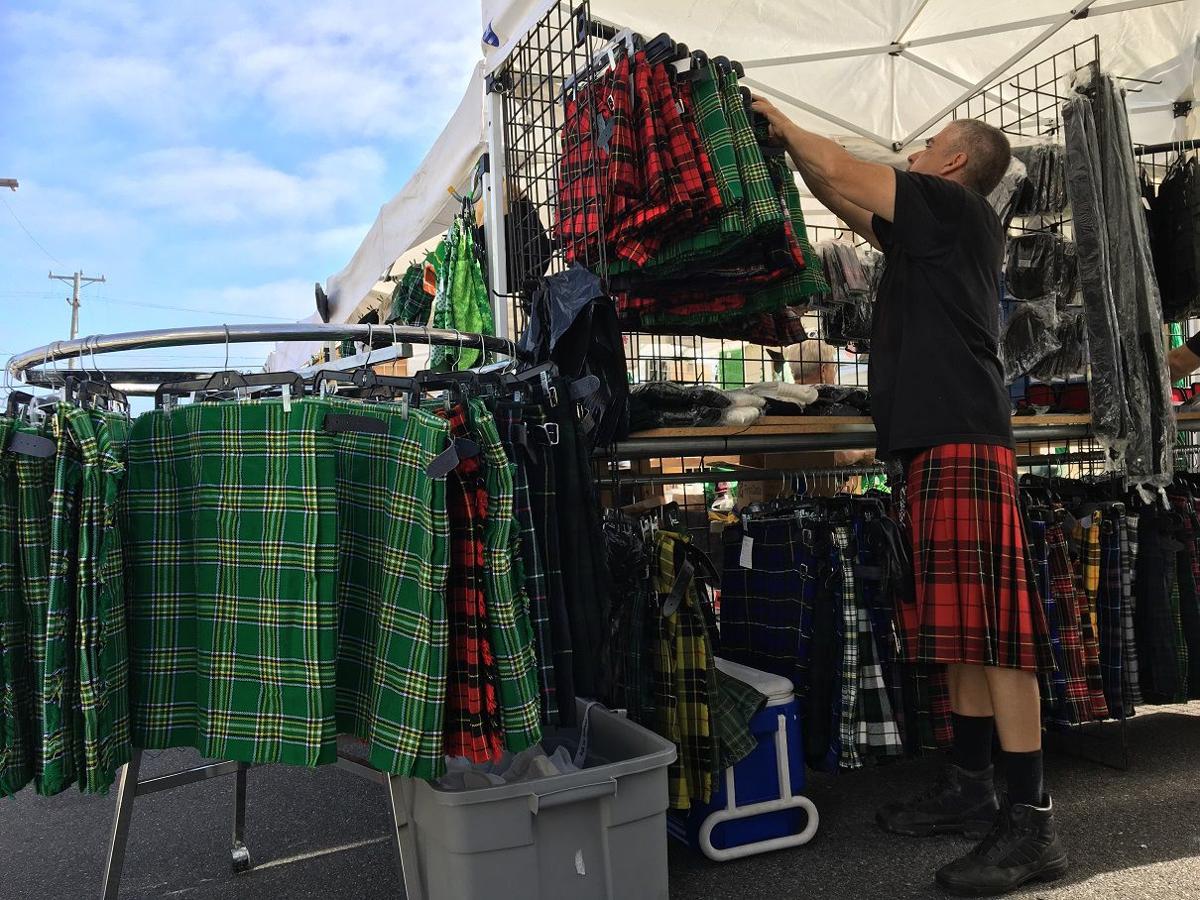 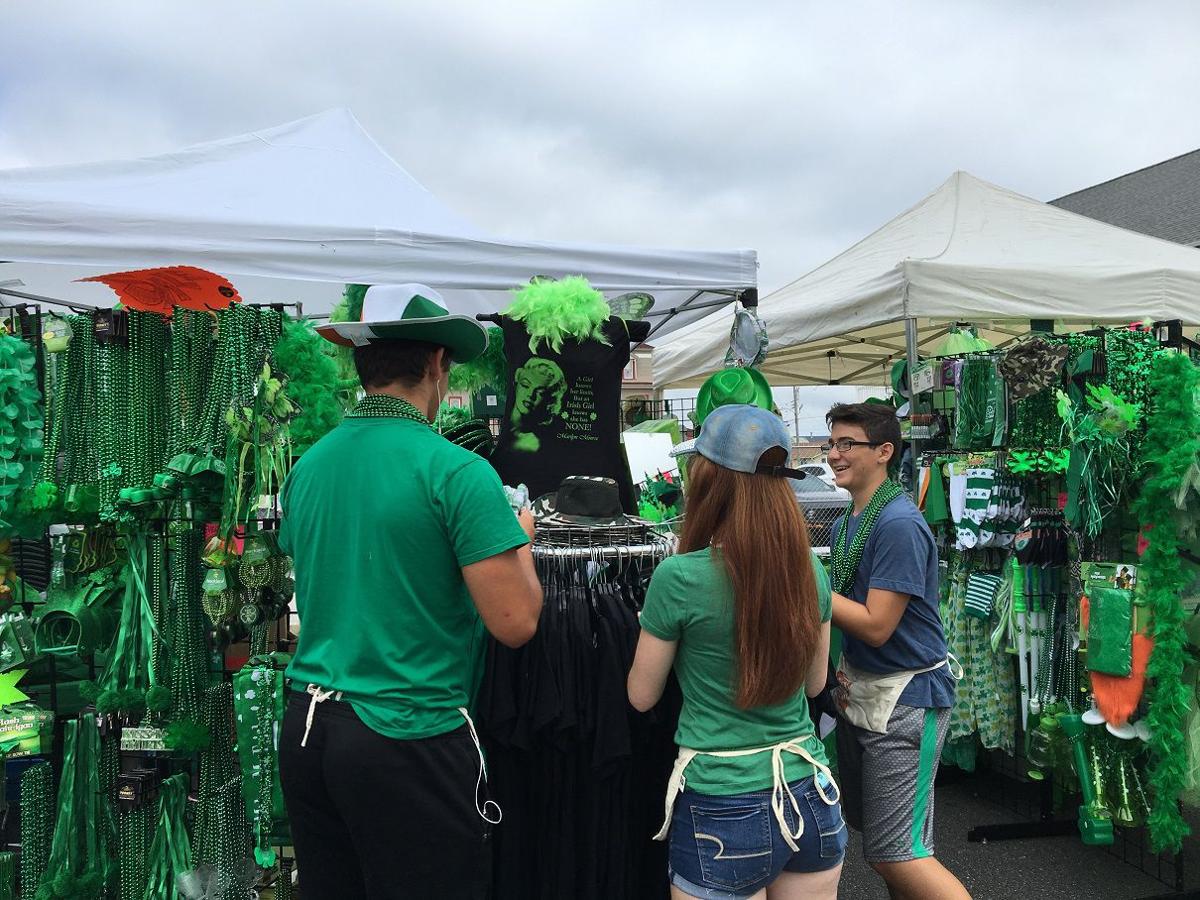 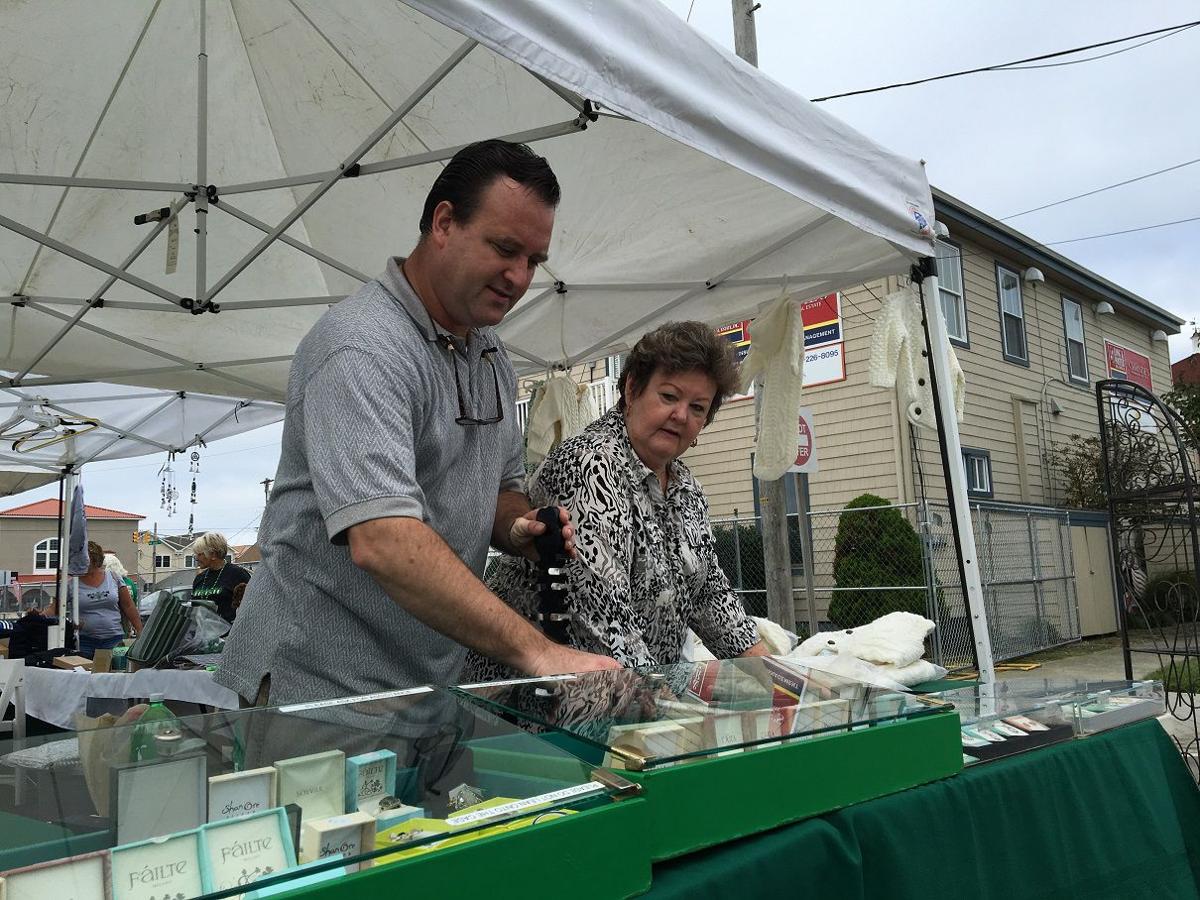 NORTH WILDWOOD — There’s a science to being a successful pop-up shop on Olde New Jersey Avenue during the Irish Festival.

You have to stand out, several vendors said as they set up their tents Friday morning.

“I try to get different things and better things—better quality,” Eileen Nolan Cooper, of Somers Point, said. “There are hundred vendors here.”

Dozens of vendors set up shop Friday, praying for sunshine and a large crowd. An estimated 250,000 people will filter through the Wildwoods for the 25th annual Irish Festival, which includes live music, a parade, among other activities.

John Gerner’s pop-up shop, dubbed Serendipity Designs, does a couple of events, but he said the North Wildwood festival is the “main” event they do. The stand sells T-shirts, hats and other apparel—all green, of course.

“T-shirts go real well,” said Gerner, 54, who has a house in the Anglesea section of the city. “We have a Marilyn Monroe shirt that goes really well.”

The shirt features an Irish version of one of Monroe’s famous quotes. Next to a picture of the celebrity icon reads: “A girl knows her limits, but an Irish girl knows she has none.”

Though an outsider might think the festival just features a hodgepodge of similar merchants, Gerner said the Irish Festival vendor market is highly-regulated. Organizers space out similar shops and try to prevent too many identical products.

“They do a pretty good job of policing that,” Gerner said.

3 festivals in Wildwood to help you welcome fall

He said the Ancient Order of Hibernians, an Irish-Catholic organization that organizes the festival, enforces the rules.

One shop that certainly stands out on Olde New Jersey Avenue is American Highlander, an outlet for all you kilt-related needs. Christopher Beyer said his company has a store in Toms River but travels to festivals to promote kilt-wearing.

He said he wears the traditional men’s skirt almost every day. Beyer lauded the comfort and flexibility of the kilt.

“You’ll wonder why you ever wore pants,” Beyer said. “Pants are kind of stupid.”

A lightweight version at the American Highlander tent cost $50, and the full kit goes for $100.

PennyWise Episode 21: What child tax credits mean for your family

PennyWise Episode 21: What child tax credits mean for your family

Missing something? The state may have your stuff

CAPE MAY — Jane Wood was surprised to find that her and her husband Donald’s business, Zoe’s Beachfront Eatery in Cape May, was on the list of…