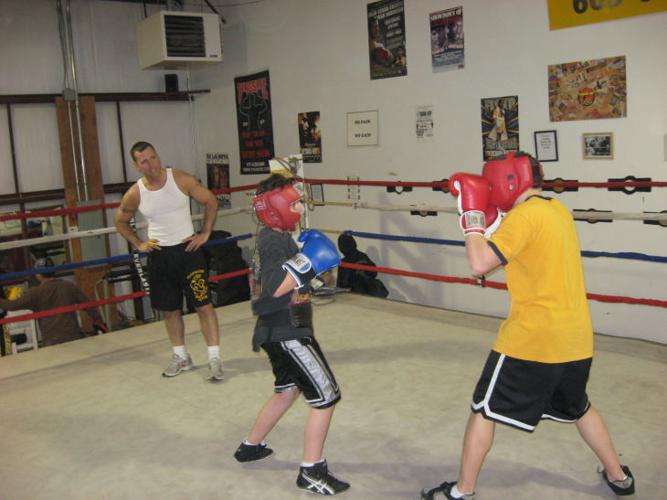 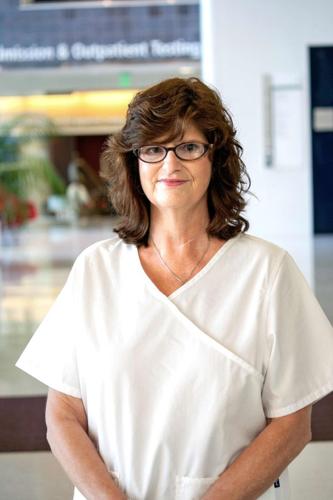 Boxing has been part of Shawn Darling’s life since he was 19, training to compete for extra money after marrying at age 18, he said.

The 43-year-old Lacey Township resident’s life took a different turn, though, when he became an Atlantic County corrections officer at age 21. He focused on his job and buying a house, then returned to boxing a few years later.

“I did it as a hobby after that, as an amateur, just for fun,” he said. “And having a boxing background helped my career in the jail. I could protect myself.”

After word got out about his background, he started teaching boxing at the Atlantic County Police Academy, he said.

At age 35 he opened a small part-time gym in his garage, then soon expanded to professional space. After retiring from the jail at 41, he started teaching and coaching full-time at his Gladiator Gym in the Forked River section of Lacey Township.

Of about 100 members of his gym, only 10 percent compete, he said. The rest box for fitness, hitting bags, not people.

“Out of that 10 percent, we’ve gotten fantastic results,” he said. “We’ve had four national champions and dozens of state and regional champions.”

Darling and wife Kelly, a registered nurse, have daughters Brittany, 23, a teacher at the Fort Dix Elementary School; and Teaghan, an outstanding Lacey Township High School freshman soccer player who also plays basketball. Both daughters and Kelly box for fitness, he said.

Pataky joined Shore in January 1989. Derek Suragh, administrative director of Shore’s Radiology Department, said she has earned the respect of her peers with her tireless work ethic.

The club was founded in 1896 in honor of Wolfe, the only woman among the 106 founders of the Metropolitan Museum of Art.

An Atlantic City High School teacher is accused of having an inappropriate relationship with a former student, the Atlantic County Prosecutor’…

MAYS LANDING — The 2015 death of Hamilton Township teenager Tiffany Valiante will be highlighted in the newest season of “Unsolved Mysteries,”…

VENTNOR — The Ventnor Plaza will get a much needed facelift during the offseason, as its new owner plans to add restaurants, new tenants, sola…

Oops, we weren't supposed to sell that property, city says of contested parcel in auction

ATLANTIC CITY — It’s a good thing a bidder complained that someone else was given too much time to outbid him during the city’s Sept. 14 onlin…

Police in Bellmawr, Camden County, arrested an Egg Harbor City man after they say he struck a 9-year-old girl with his pickup truck as she cro…

Body of Cape May Court House man found in Vineland

The body of a Cape May Court House man was found near where he was last seen in Vineland, State Police said Saturday.

PLEASANTVILLE — Detectives are investigating a Tuesday night shooting that left a city man dead outside a home.

UPDATE: Atlantic City police reported Sunday that Farley has been found and is safe.