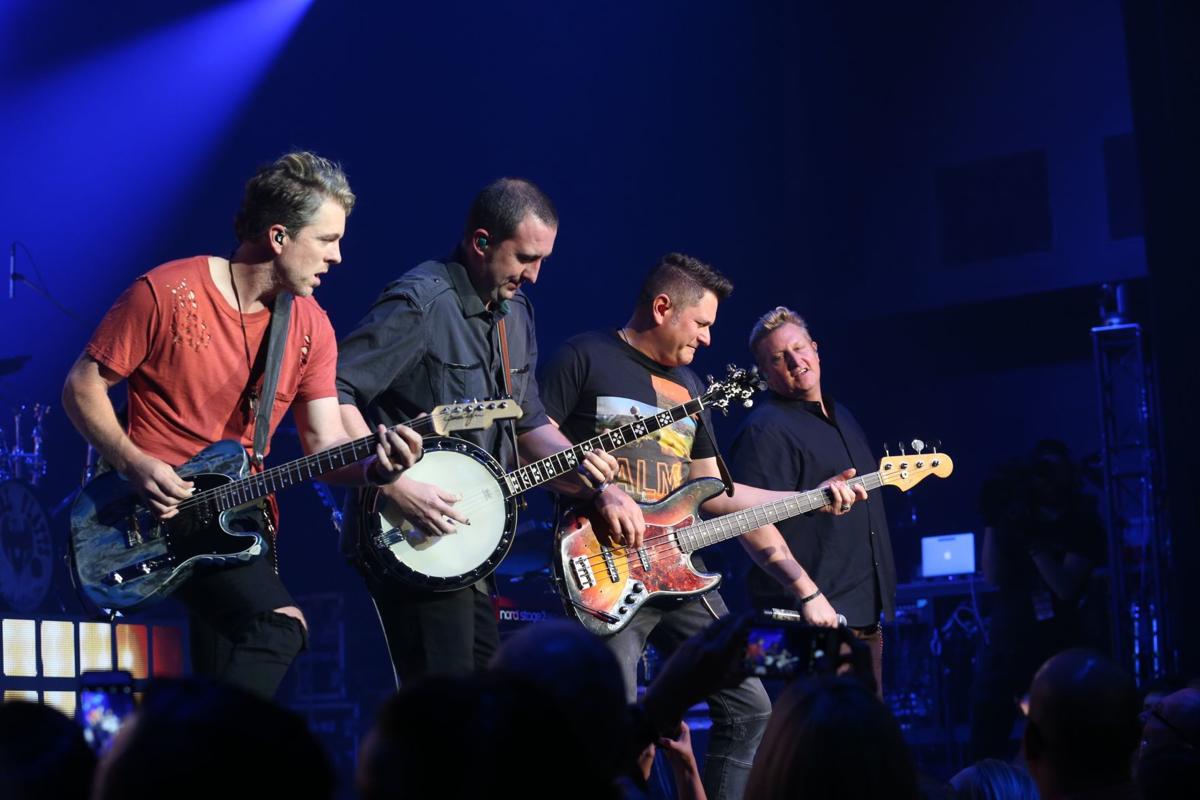 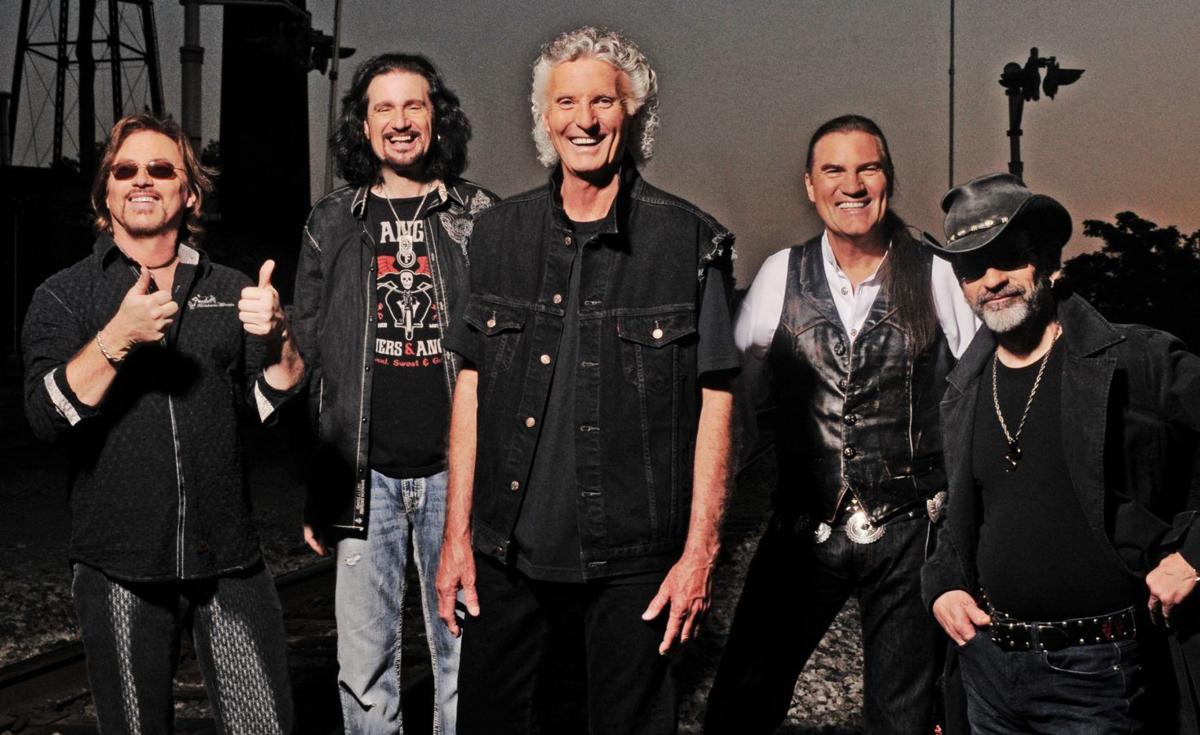 WHAT TO EXPECT: Grand Funk Railroad will chug its way to Atlantic City on Saturday for a show at Tropicana Atlantic City. This American band released five platinum albums between 1969 and 1972 and became fan favorites thanks to a heavy touring schedule. In 1973, Grand Funk Railroad had their first big hit single with “We’re an American Band,” a song which became an instant rock classic. Other hits include “The Loco-Motion,” “Some Kind of Wonderful” and “Bad Time.”

WHAT TO EXPECT: With just the right look, sound, feel and attitude, The Prince Project offers up a tribute that will make any Prince fan go crazy. Clad in an authentic purple jacket, with white puffy shirt and a Fender Telecaster, front man DaVaughn Weber leads a talented band of musicians who have taken on the difficult task of recreating the sound of The Revolution. The Prince Project succeeds on all fronts and will have the Golden Nugget crowd on their feet with hits such as “When Doves Cry,” “Kiss,” “Purple Rain,” “Let’s Go Crazy,” “1999,” “Little Red Corvette,” “Raspberry Beret” and “Sign O’ the Times.”

WHAT TO EXPECT: With St. Patrick’s Day right around the corner, it’s the perfect time to raise a glass and have a good laugh with the Irish Comedy Tour on Saturday night at the Levoy Theatre. The Irish American lineup consists of comedians Derek Richards, Mike McCarthy, Damon Leibert and Derrick Keane. The show not only features comedy based around Irish culture, but it also includes live music, creating the sense of being out for the night at a Dublin pub reminiscing with your old pals.

‘THE RAT PACK: BACK IN TOWN’

WHAT TO EXPECT: Most people alive today never got a chance to experience the Rat Pack in their prime when they ruled the entertainment world with their talent, charm, charisma and flair. “The Rat Pack: Back in Town” is a tribute show that gives audiences a chance to step back in time and get a glimpse of what it was like to see Frank Sinatra, Dean Martin and Sammy Davis Jr. perform. The show features the ad-libs and comedy bits that the Rat Pack were famous for along with plenty of classic songs such as “Fly Me to the Moon,” “Everybody Loves Somebody,” Mr. Bojangles,” “New York, New York,” “That’s Amore,” “I’ve Gotta Be Me,” “I’ve Got the World on a String,” and “Luck Be a Lady.”

WHAT TO EXPECT: The Ohio-based band Rascal Flatts began their recording career in 2000 and proceeded to take the country world by storm with the release of a string of platinum-selling albums over the course of the decade. Since its inception, the group has scored 14 No. 1 Billboard Hot Country singles. In January, the band announced it would disband following their current farewell tour, so fans won’t want to miss their chance to see the band while they still can. Those in attendance at Ocean Casino Resort can look forward to hearing favorites such as “These Days,” “Mayberry,” “My Wish,” “I Like the Sound of That” and “Life is a Highway.”

WHAT TO EXPECT: Back in 1994, Christine Lavin assembled a collection of some of the best contemporary singer-songwriters to create the compilation album “On a Winter’s Night.” The album and subsequent tours that followed were a success and helped to spread the music to a wider audience. Twenty-five years later, five of those songwriters have reunited to create a night of reflective, introspective music. Concertgoers will get to experience the talents of Lavin, John Gorka, Patty Larkin, Cheryl Wheeler and Cliff Eberhardt performing in the acoustically excellent Levoy Theatre.

WHAT TO EXPECT: Founded by Craig Martin in 2003, Classic Albums Live is a collection of pro musicians who have devoted themselves to recreating some of the most iconic albums in rock history. The band returns to Atlantic City on Friday night to perform “Are You Experienced?,” the 1967 debut album from The Jimi Hendrix Experience. This landmark recording featured Hendrix’s unmistakable, other-worldly guitar playing as well as enduring hit songs such as “Purple Haze,” “Fire,” “Foxy Lady,” “Red House” and “Hey Joe.”

WHAT TO EXPECT: Few athletes in history have been as intriguing, controversial and fascinating as Mike Tyson. His exploits both in and out of the ring are the stuff of legends, but perhaps his most surprising victory has been with his one-man show. After debuting in Las Vegas, the show made its way to Broadway, toured nationally and was filmed for an HBO special. Tyson delivers tales of heartbreak, struggle, triumph, love, death, incarceration and redemption in an honest and eloquent way. On Friday night Tyson brings his one-man show to the Borgata Hotel Casino & Spa. Fans won’t want to miss this emotional inspiring performance.