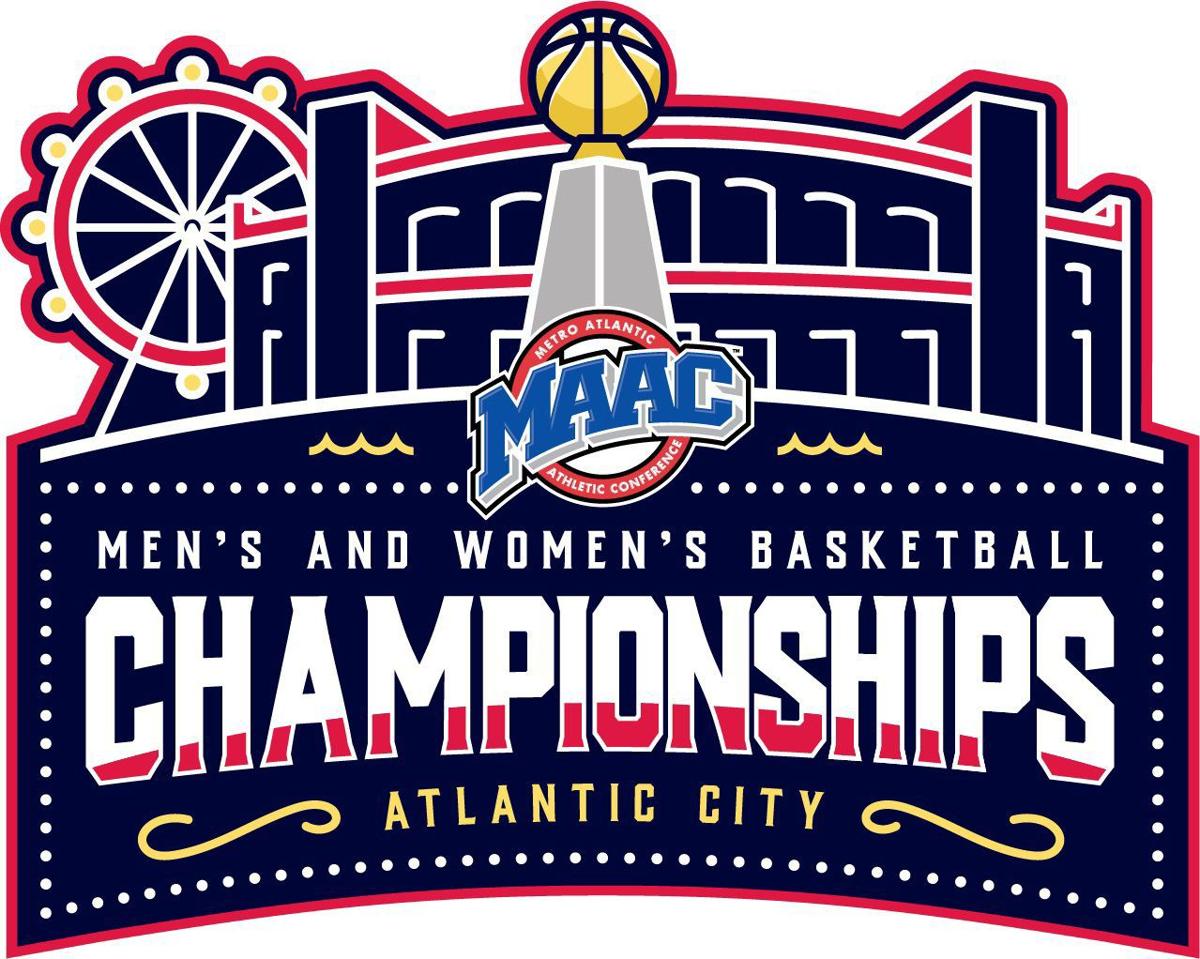 The Metro Atlantic Athletic Conference’s for the 2020-22 men’s and women’s basketball conference championships in Atlantic City. 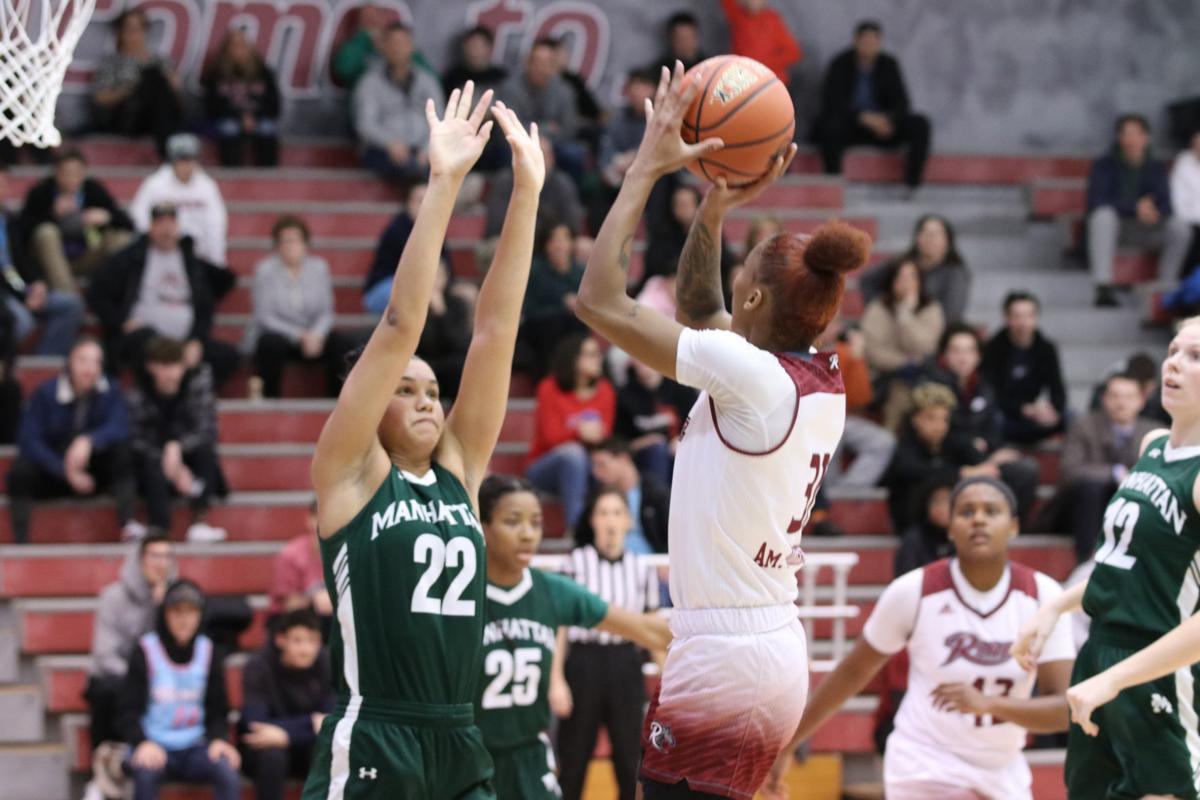 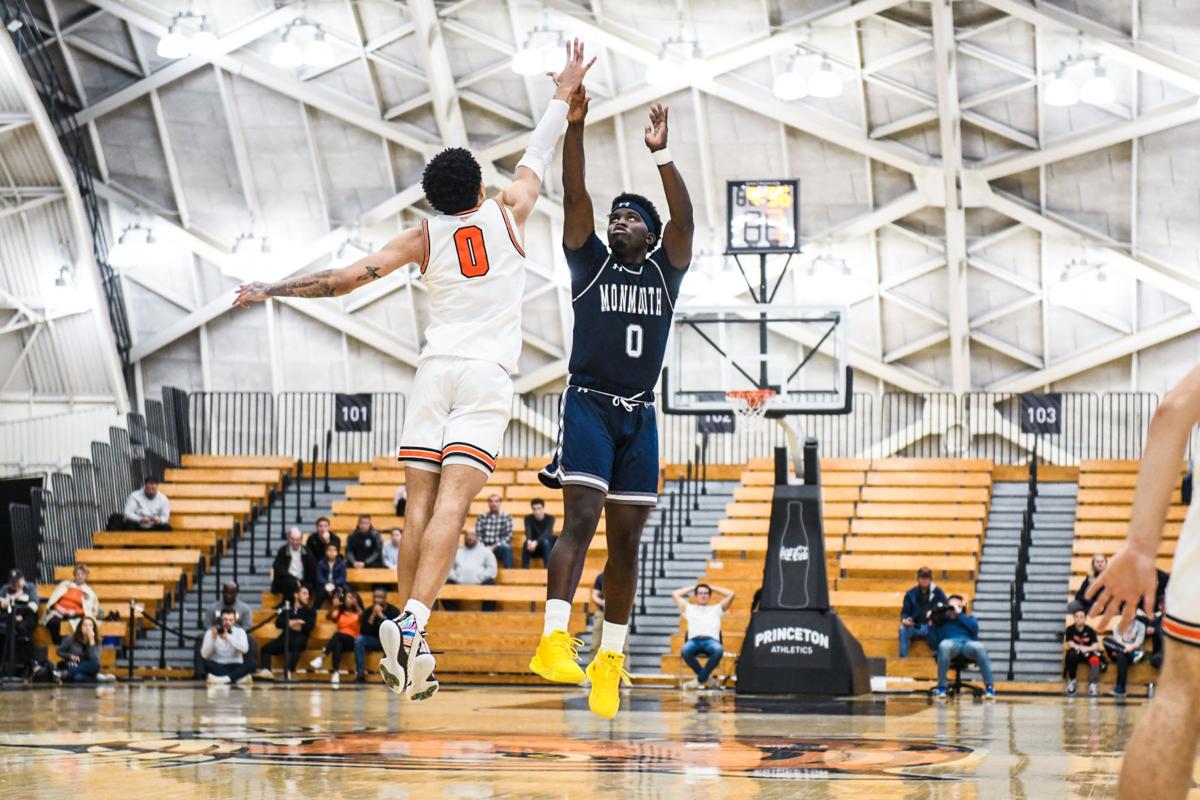 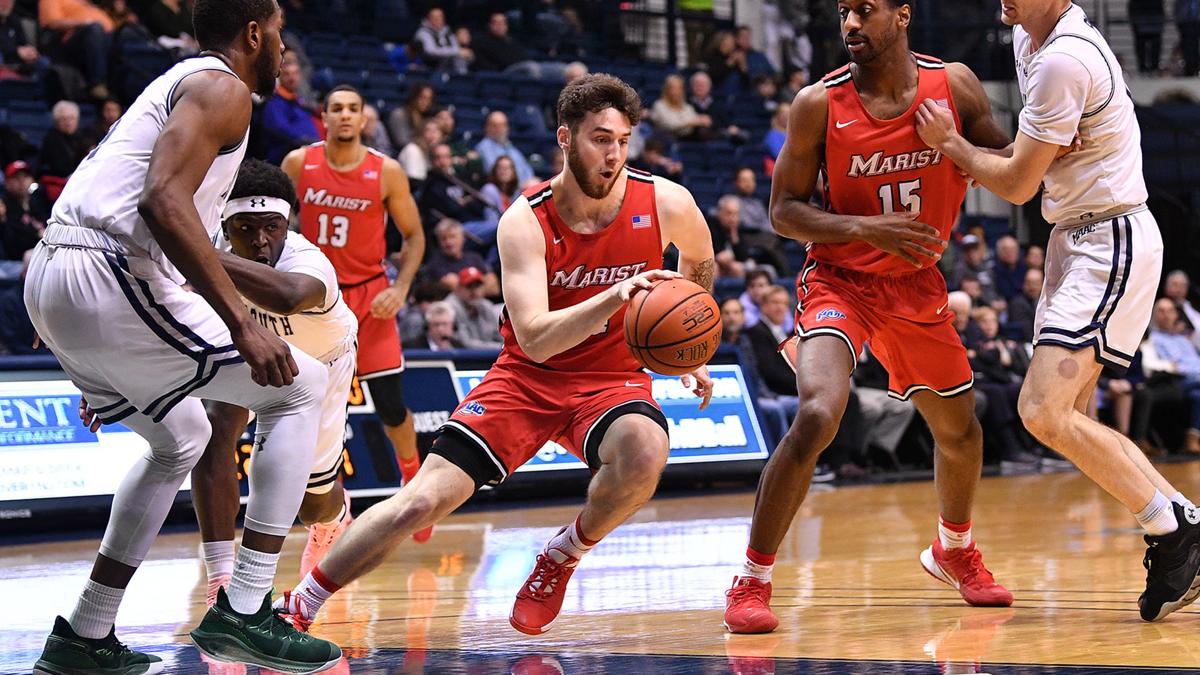 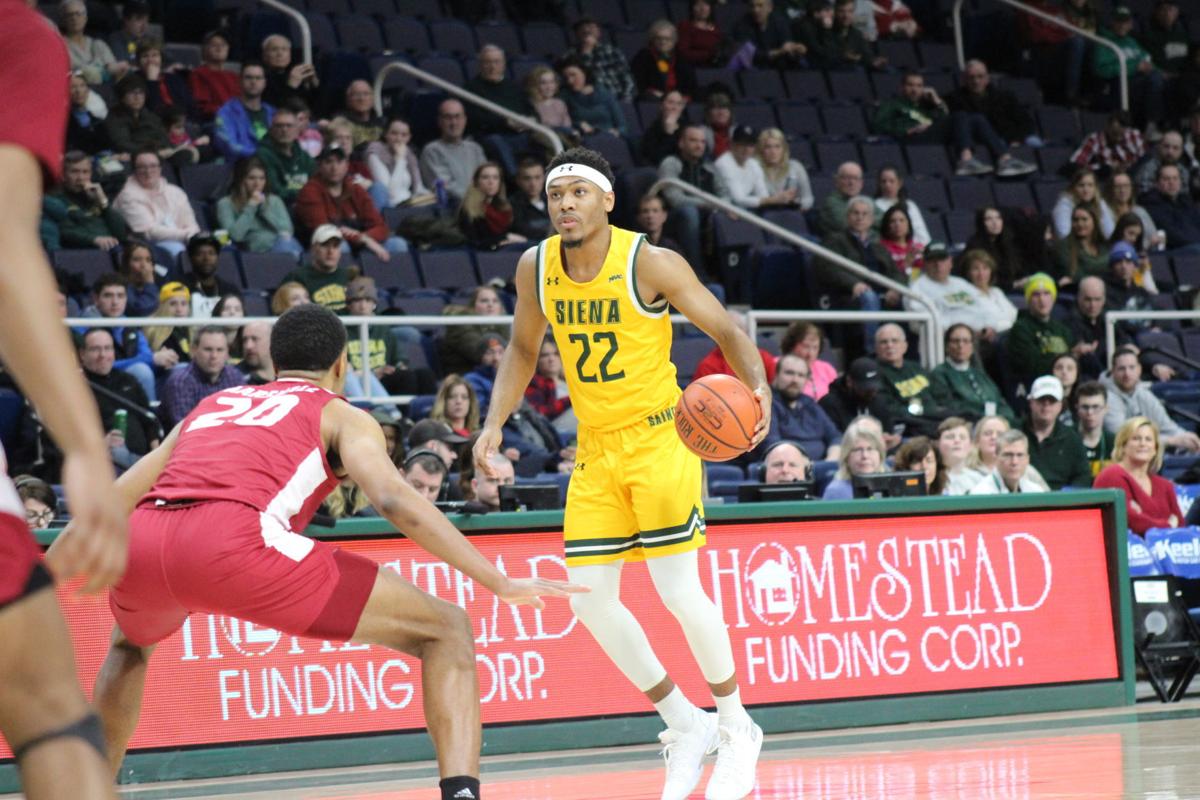 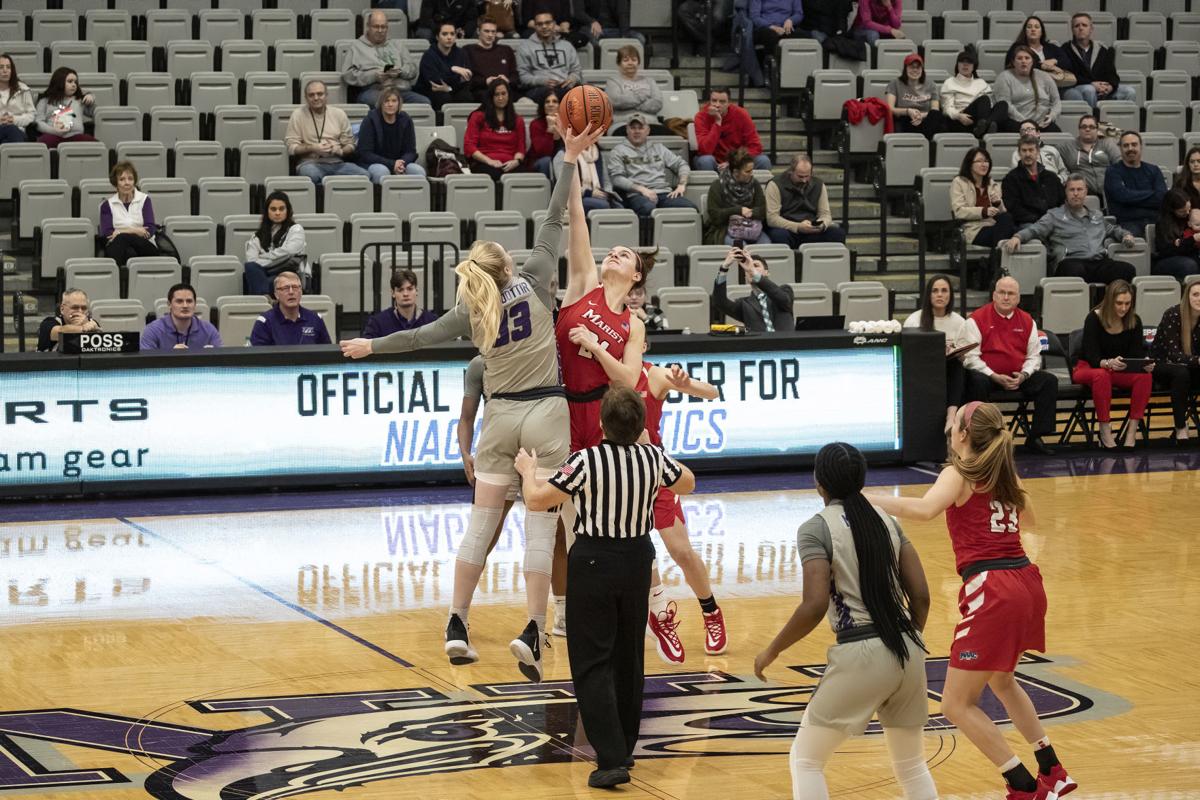 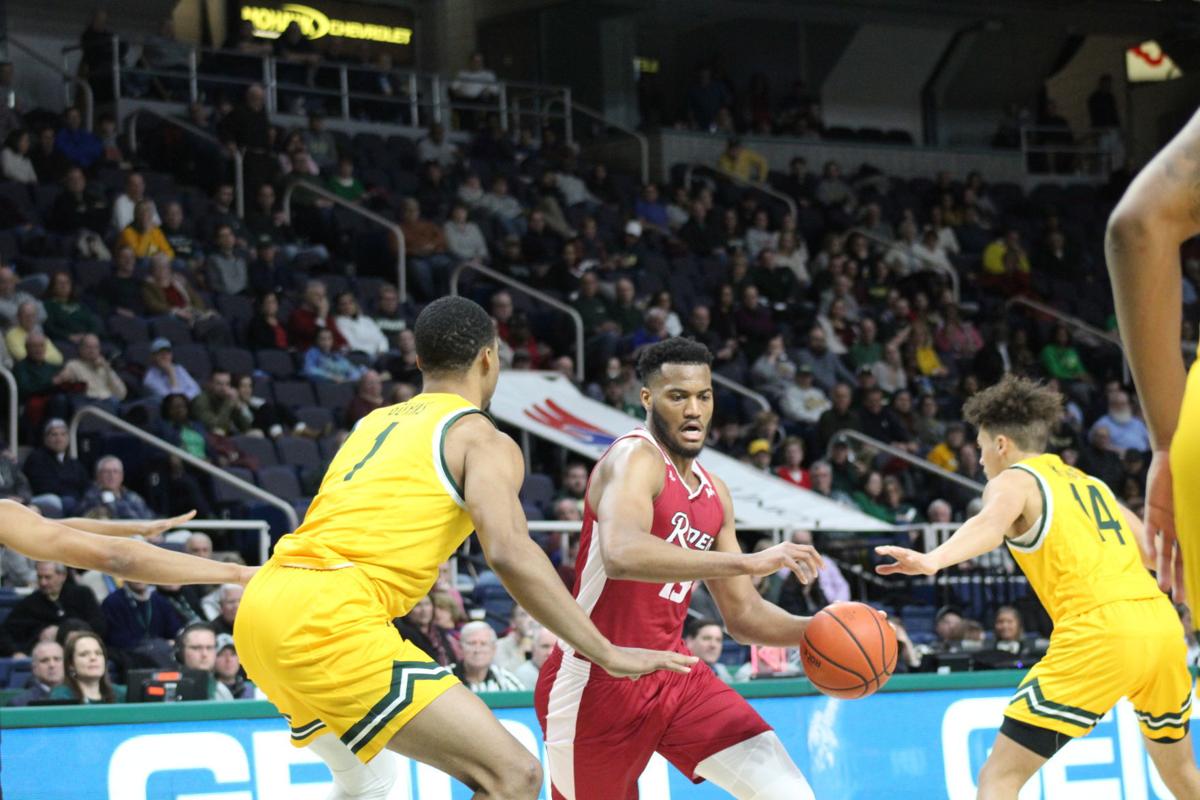 UPDATE: Due to concerns over the coronavirus, the MAAC Championships at Boardwalk Hall are now closed to the public. The Official statement from the Maac is below:

When it comes to excitement and intensity, it’s hard to top a NCAA Division I college basketball postseason tournament.

Fans will get to experience it at Jim Whelan Boardwalk Hall this week when the Metro Atlantic Athletic Conference brings its men’s and women’s tourneys here on Tuesday to Saturday, March 10-14.

“The MAAC reached out to us about bring their tournaments here and it made sense for us to look at it,” Boardwalk Hall General Manager Jim McDonald says. “College sports in this area are a big deal. We’ve hosted a number of college basketball events here in the last two years and we’re extremely excited that we’re able to bring the MAAC tournament here.”

It marks the first time Boardwalk Hall has hosted a college basketball postseason tournament in eight years, since the Atlantic 10 Conference held its men’s championship there from 2007 to 2012.

The MAAC, which consists of 11 men’s and women’s programs, was held for the last 20 years at the Times Union Center in Albany, N.Y., but was looking to relocate for several reasons.

It wanted a neutral site for the tournaments after using Siena College’s homecourt in Albany and it was seeking a place where fans could enjoy amenities between games.

“We had been looking for a destination site for our tournaments for years,” MAAC Commissioner Rich Ensor said. “Thanks to the CRDA (Casino Reinvestment Development Authority), the Atlantic City Sports Commission, Tropicana Atlantic City, and our management team, we were able to come to Atlantic City for at least the next three years.”

One of the problems with the Atlantic 10 tournament was the inconsistency with attendance.

Fans nearly filled Boardwalk Hall’s main arena when Temple — the late Jim Whelan proudly wore his cherry-red sweatshirt in the stands and hosted his share of Owls parties during the week — and St. Joseph’s were playing. However, there were hundreds, if not thousands of empty seats during the 2012 championship game between St. Bonaventure and Xavier.

The MAAC should have strong support from New Jersey schools Monmouth, Rider and Saint Peter’s; but have also tried to drum up interest on the other eight campuses — Canisius, Iona, Manhattan, Marist, Niagra and Siena from New York; and Fairfield and Quinnipiac from Connecticut — for months.

“We established ‘Activity Teams’ at every campus and have had them there since September,” Ensor says. “We had alumni and students working on convincing fans to come to Atlantic City. And I’d say it’s worked well. Sponsorship sales are up and ticket sales are doing well.”

Tropicana Atlantic City is serving as the host property for the tournament. According to Ensor, over 300 room nights have been sold.

Fans should expect terrific, exciting tournaments with virtually every team in the conference having a chance to win and earn an automatic bid into the NCAA Tournament commonly known as March Madness.

“No team in our conference is undermanned,” Quinnipiac men’s basketball coach Baker Dunleavy said. “No one is going to get walked on in the tournament.”

That is also the case with the women’s tournament.

Not the only game in town

In conjunction with the men’s and women’s basketball tournaments being held in the main arena, the MAAC will be staging its first official New Jersey Army National Guard Esports Championship in the Adrian Phillips Theater.

Seven of the 11 MAAC schools — Canisius, Manhattan, Marist, Niagara, Quinnipiac, Saint Peter’s and Siena — will compete in League of Legends, Overwatch, Rocket League, and Super Smash Bros. Ultimate (SSBU) presented in partnership with the Electronic Gaming Federation (EGF) on Friday and Saturday. Stockton and Rider will also have exhibition matches. The Philadelphia Fusion, one of the top pro Overwatch teams, will also participate.

“Esports are the gateway to the next generation of college athletics,” MAAC Commissioner Rich Ensor says. “Along with scholarships already being offered in Esports, the next generation will have opportunities in broadcasting, streaming and other business aspects of gaming. We are providing exposure to Esports and believe that those who attend our basketball tournaments will also enjoy the Esports competition. It is fun to watch, fast paced and eye-opening.”

There is also a high school competition on Friday and Saturday featuring an undetermined field of teams.

That tournament, which is conducted by the EGF, carries a major prize. The winners in League of Legends, Overwatch, Rocket League and Super Smash Bros. Ultimate will earn berths in the 2020 Walt Disney World EGF National High School Championships, which will be held June 12-14 at Disney World’s ESPN Wide World of Sports Complex.

The Esports and basketball tournaments are the main events of an action-packed week for the MAAC. Ticket information for the basketball and Esports tournaments can be found at BoardwalkHall.com. One ticket is good for both events on Friday and Saturday.

The Metro Atlantic Athletic Conference’s for the 2020-22 men’s and women’s basketball conference championships in Atlantic City.