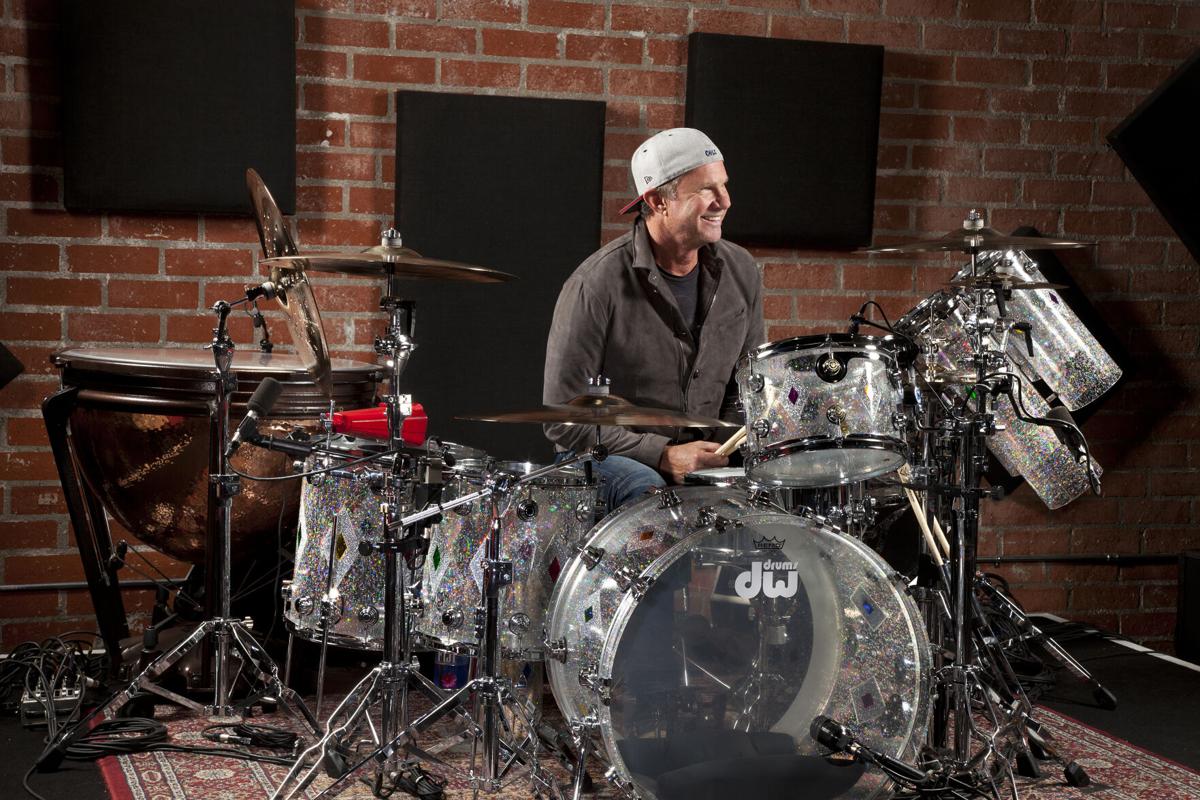 Chad Smith may be best known as the drummer for The Red Hot Chili Peppers, but this weekend he will showcase another aspect of his creativity as he presents The Art of Chad Smith Friday to Monday, May 28 to 31, at Ocean Galleries in Stone Harbor. 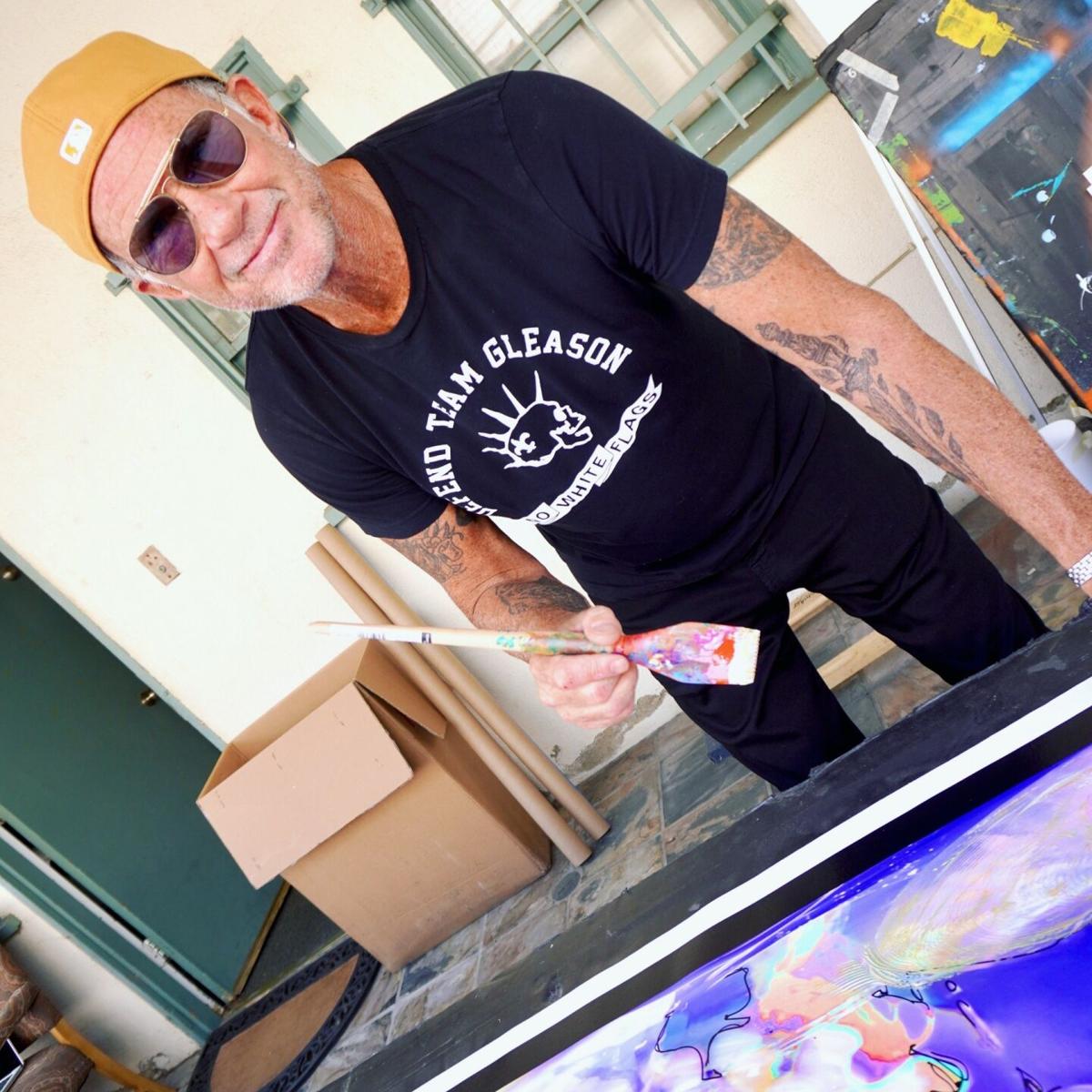 Whether summoned through drumsticks or paintbrushes, Chad Smith’s art knows no bounds. 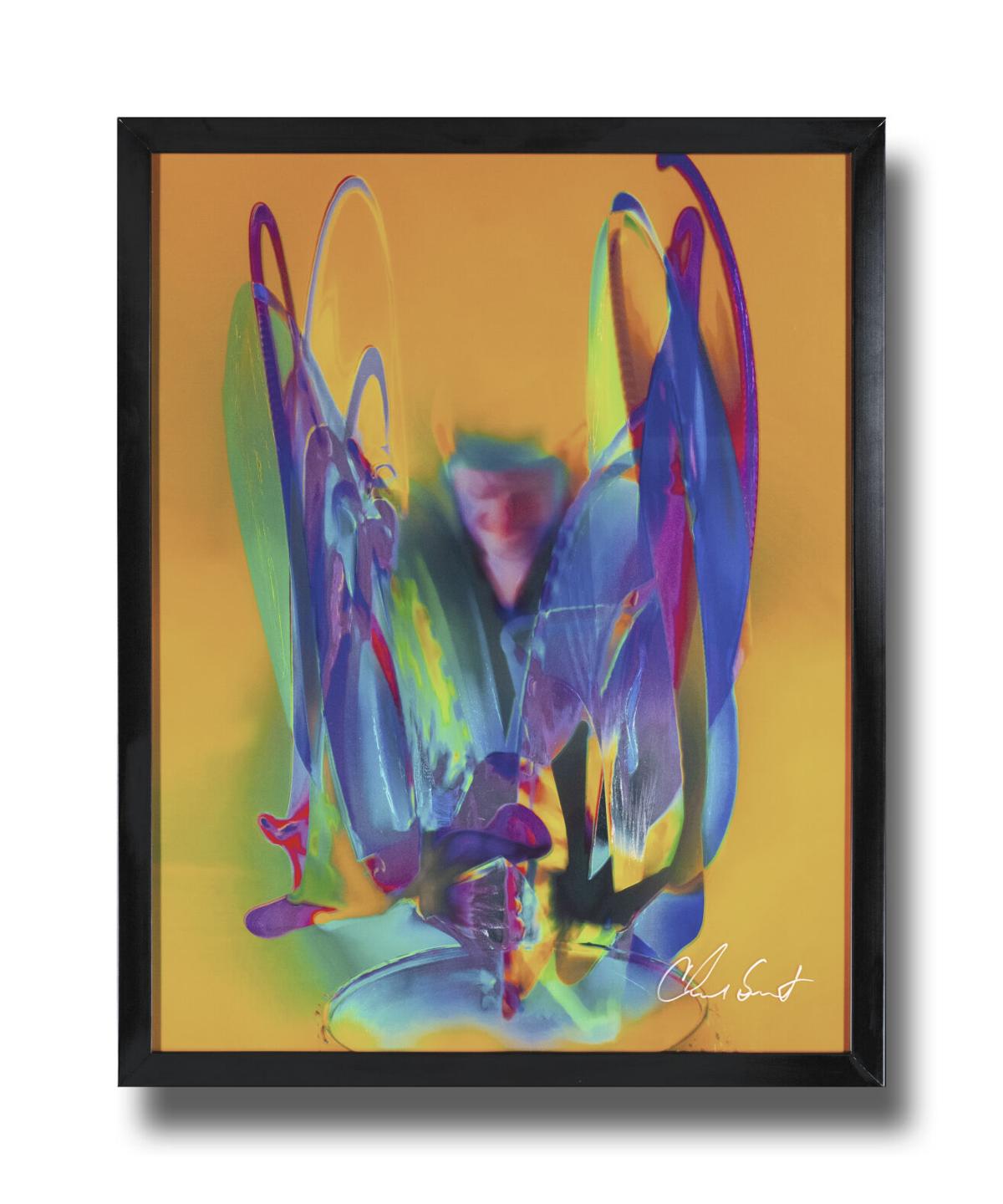 Chad Smith channels the visceral energy of his drumming into visual form in his artwork. 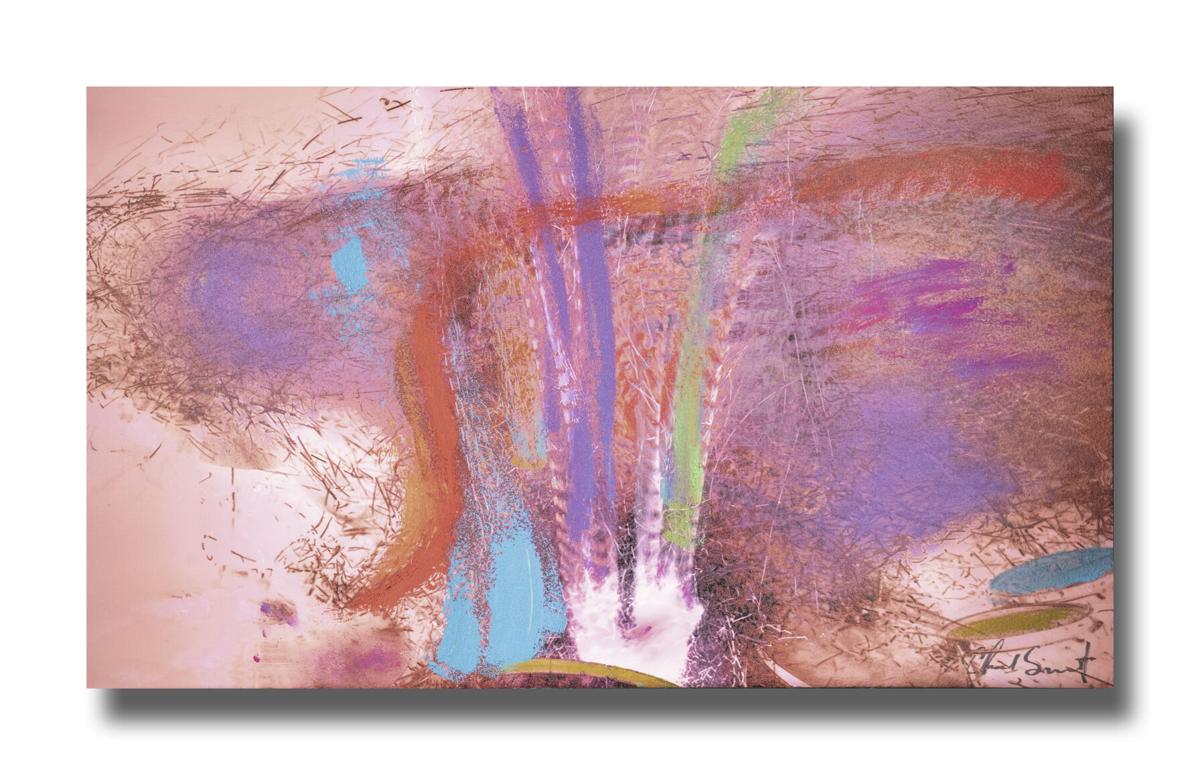 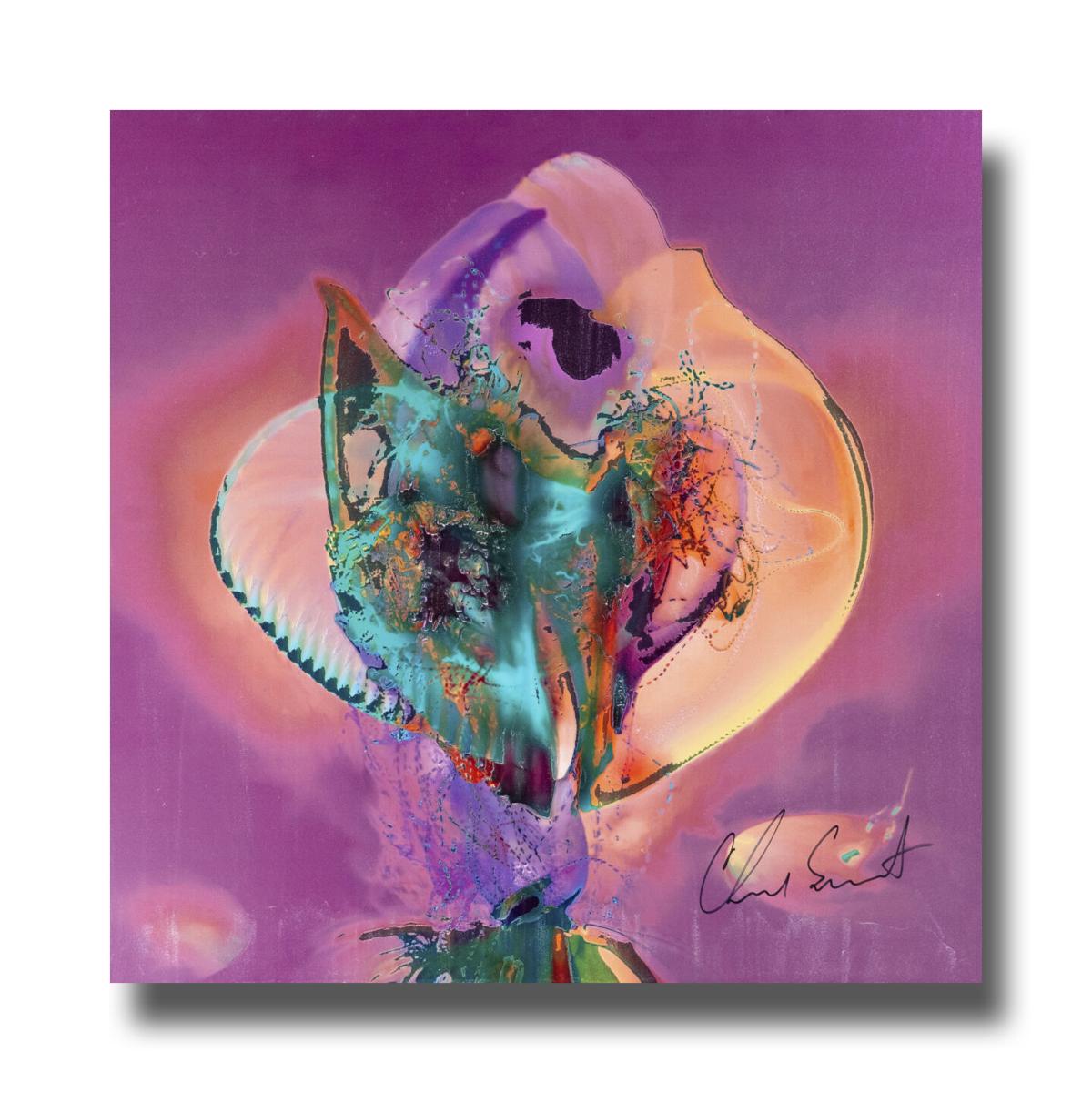 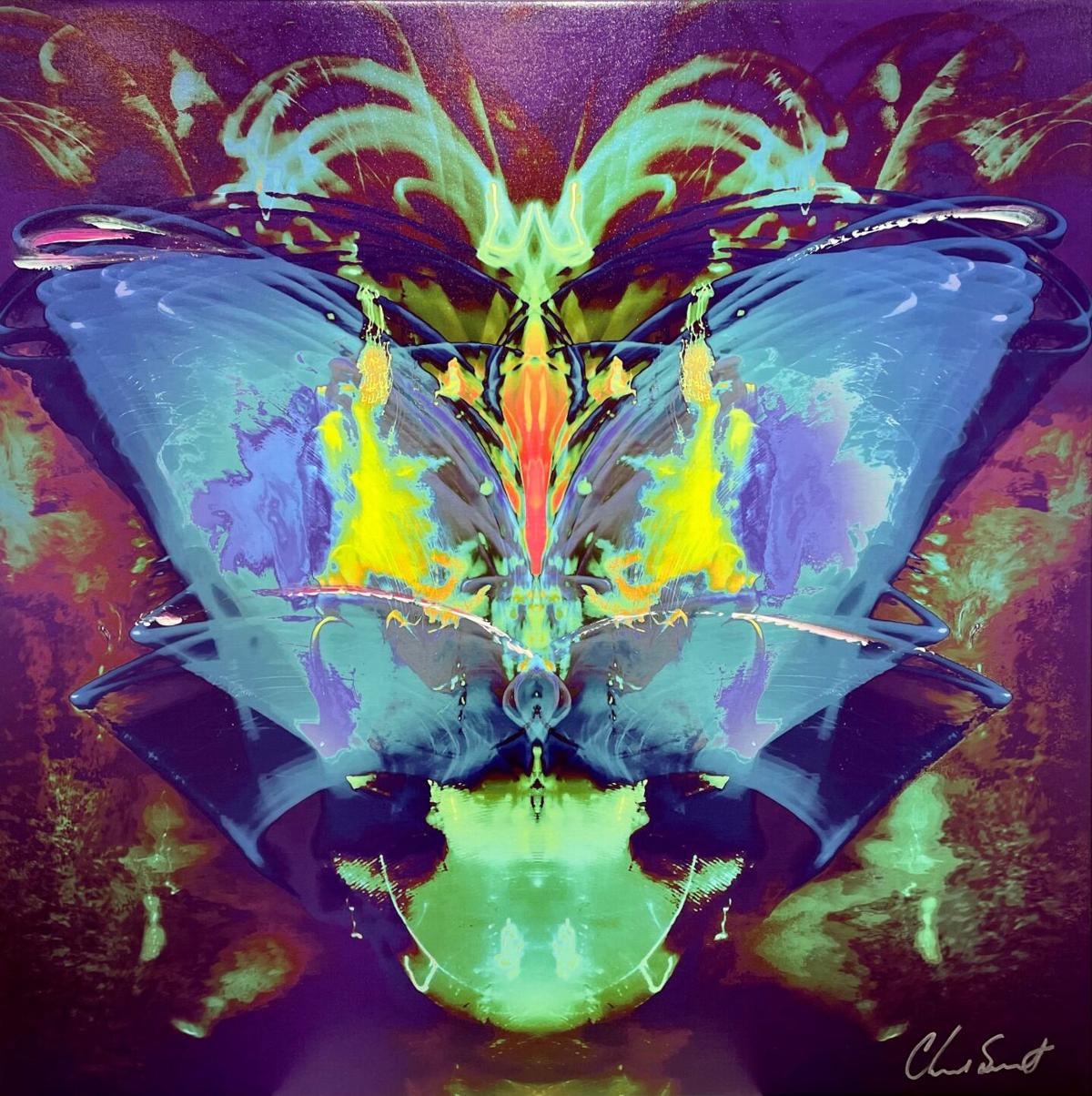 If there is one thing Chad Smith knows, it’s rhythm.

As the drummer of the Red Hot Chili Peppers, the iconic Rock and Roll Hall of Famer has recorded and toured around the world with the Peppers, producing rock classics such as “Suck My Kiss,” “Give It Away,” “Aeroplane,” “Otherside,” “Scar Tissue,” “Can’t Stop” and many more.

So it makes total sense that Smith uses rhythm and motion to create his art that can be seen in his latest exhibit — The Art of Chad Smith — Friday to Monday, May 28 to 31, at Ocean Galleries in Stone Harbor.

It all started in 2016 when Smith entered the art world with Parallax, his first collection of rhythm-driven prints.

“About five years ago, this company came to me and said, ‘Look, we are doing this new kind of art where we are going to put you in a dark room and we’re going to give you these fluorescent, light-up, different color drumsticks, and these will be your brushes and the drum set is your canvas. We want to express yourself any way you want, and we are going to photograph you,’” Smith says. “So those who know about photography know that with different exposures and shutter speeds, it will give the arm and stick movements shape and color and validity.

“So we did that, and then with modern technology, you can change a lot with textures and canvases and colors,” Smith adds. “There are so many things you can do to make it something unique and original.”

Three years later, Smith’s experimentation continued as he released more art that evolved from his original sessions which will be what art lovers will see this weekend in Stone Harbor.

“The first collection I did was just the photography part and colors, and then I started adding more things post production,” Smith says. “I wanted to add more energy to the canvas using bright colors because I wanted to convey the power and excitement and the energy of how I drum and how I was feeling, so I accentuated that with different strokes and things. It’s like anything, you keep growing and changing to make it better.”

The Art of Chad Smith, presented by the Road Show Company and SceneFour Productions, will not only display Smith’s art, but the drummer/artist will also appear for two artist receptions 7 to 10 p.m. Saturday, May 29, and 10 a.m. to 1 p.m. Sunday, May 30. More than 80 pieces will be on display in a variety of sizes and price points and are available for acquisition. The exhibit is free to the public to view, but a minimum purchase is required to spend time with Smith.

Smith says he never really considered creating visual art until he was approached, but it made complete sense once he heard the pitch.

“It connected to me because drumming and music are something I love to do and have been my passion for a long, long time, so it was a natural progression to take a risk and try something different and grow into a new, creative avenue,” Smith says. “It sounded interesting to me because it was an extension of my music and my drumming. It made sense to me. I just do it because I have a good time doing it, and I hope people like it.”

Smith generally uses traditional canvases — but sometimes drum skins — for his artwork, each hand-embellished and crafted from rhythm using brushes with oils of different colors.

“I would rather make art that really appeals to someone and they love it, or I would like them to say, ‘This is terrible. This is the worst thing I have ever seen.’ That sort of visceral experience is what I would rather invoke in someone as opposed to some milquetoast, down-the-middle, ‘Yeah, it’s OK. It’s all right.’ That’s bulls—t. I want to get a real reaction from someone – either way.”

Smith, who has been busy during the pandemic making art and recording a new Chili Peppers album (see sidebar), says his new art project is another chapter in a very impressive — and artsy — career.

“It’s another outlet,” Smith says. “When you have been doing music for such a long time – and I still love music and am still really passionate about music – it’s great to have another way to express yourself as an artist. I am doing it because this is what I want to do. I love it, and it’s another way to grow and change. So I hope people come and have a look and that it speaks to you.”

While some musicians had a difficult time getting through the pandemic, the Red Hot Chili Peppers used the time off from touring to record their first album since 2016’s “The Getaway.”

“Luckily for myself and my group, we got to write songs and record an album,” says Drummer Chad Smith. “That was really fortunate and lucky for us. It really worked out well. Of course we all miss the live performances, but we were able to use that time when all of our shows booked last summer were postponed to record an album. And it’s almost done.”

The still unnamed album does not have a release date.

“I wish I could tell you when it was coming out,” Smith says. “But this whole pandemic thing has made everything crazy with scheduling. We would like to book concerts to have in concert with the record, but I really don’t know. When it’s ready we will put it out because you want people to have music as soon as possible.”

Speaking of concerts, Smith says the band made a decision about that, too.

“There is a lot of scheduling that goes into big tours,” Smith says. “We discussed it a couple of months ago and decided for everyone to have the best experience, we will wait until next year. We wouldn’t want anything weird to happen. We want to make sure people can enjoy a big concert experience like we did in the past. But I am sure we will be out there early next year if things continue to be safe.”

Smith hopes the pandemic has a silver lining.

“I think people will come out of this being more grateful for the things we may have taken for granted,” he says. “Everyone I talk to tells me how much they miss things like music and being part of a large gathering like a concert. When something like that is gone you can’t believe it was so important to your life to go out for an hour-and-a-half or two hours and really let loose and enjoy yourself. I think that’s really important to get back to.”

The Art of Chad Smith

How much: The exhibit is free but a purchase is required to spend time with Smith 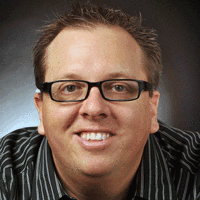 Chad Smith may be best known as the drummer for The Red Hot Chili Peppers, but this weekend he will showcase another aspect of his creativity as he presents The Art of Chad Smith Friday to Monday, May 28 to 31, at Ocean Galleries in Stone Harbor.

Whether summoned through drumsticks or paintbrushes, Chad Smith’s art knows no bounds.

Chad Smith channels the visceral energy of his drumming into visual form in his artwork.