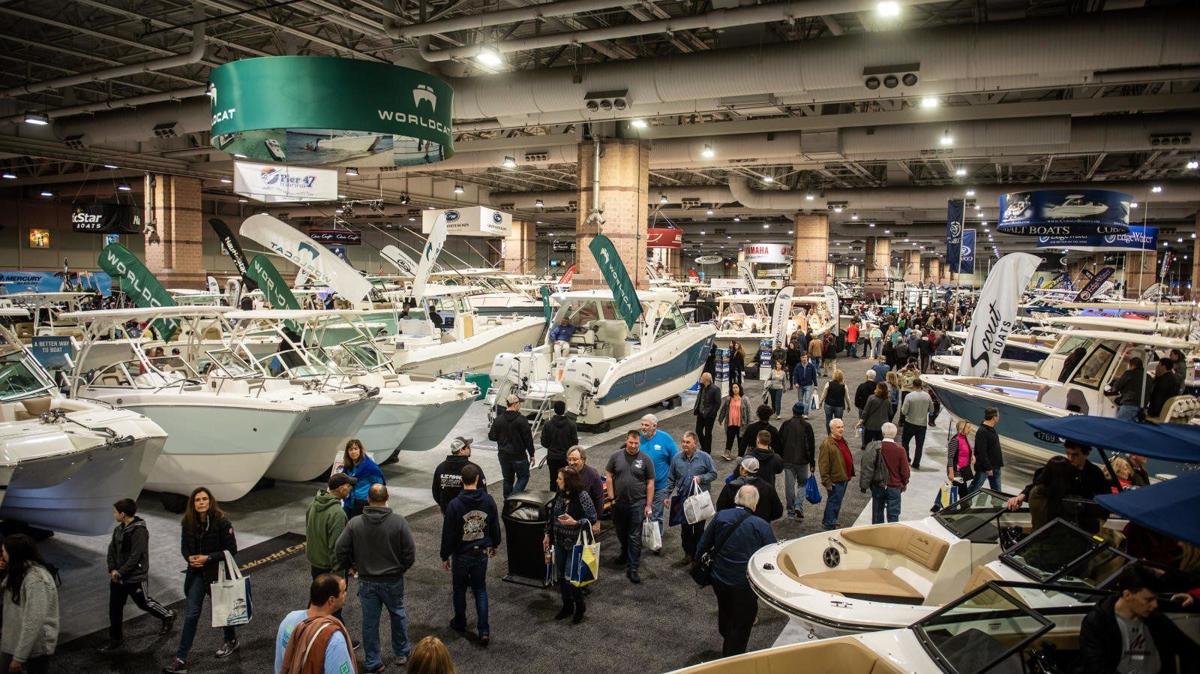 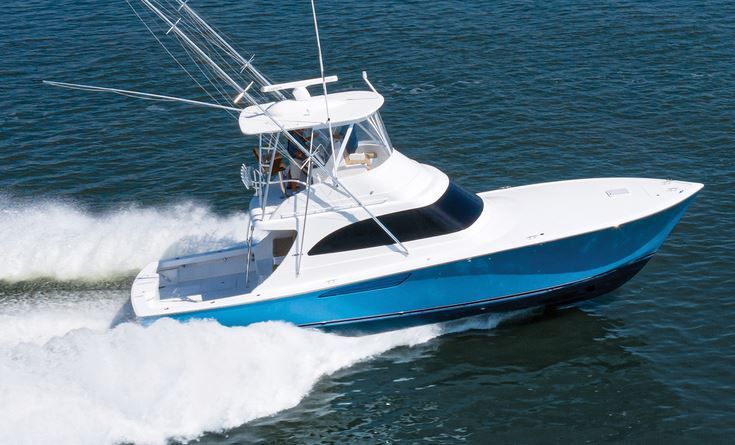 The show runs Wednesday through Sunday, Feb. 26-March 1, at the Atlantic City Convention Center, and is celebrating its 40th anniversary. See the info box for times and ticket information.

The show also highlights the sixth annual Captain’s Table Gala on Thursday evening that raises tens of thousands of dollars annually for hunger-relief efforts, and offers culinary samplings from about 30 of the best chefs and restaurants in the Atlantic City area.

“We’ve grown by about 10%, or from roughly 500 boats last year to more than 550, and that owes to new innovations and the fact that there’s been more of a demand,” event coordinator Carrie Waible says. “Manufacturers are bringing in more boats, and many of the technological advancements that we’re also seeing on our automobiles have filtered into the boating scene. That’s making it more attractive along all lines.”

Along with a Discover Boating zone, where seminars will focus on all aspects of the boating lifestyle, another new show inclusion is the Skills State Championship, which will pit boating-industry students from the Gloucester County Technical Institute in Sewell, and Ocean County Vo-Tech in Toms River, against one another.

“Our entire industry is very focused on workforce development, and educating the next generation of the wide range of jobs available in the South Jersey boating industry,” Waible says. “There’s a need to build that workforce, and what better way for students to gain exposure to it than by being surrounded by the industry that they’re invested in?”

Competition will take place 11 a.m. to 2 p.m. Thursday at the show.

“When they do their skills competition, it will be cool for people to see what the kids are learning and doing,” Waible says. “The gold-medal winner will then move on to a national competition.”

“There’s again a heavy emphasis on fishing, because we know we’re in the center of anglers galore, including the return of our fishing simulator,” says Waible, in reference to a machine that can mimic anglers reeling in various big-game fish species. “I fought a mahi last year and it’s pretty intense, pretty realistic.”

Save for the Miss Geico racing boat, which has set on-water records for speed and is at the show only for display, nearly all the boats and accessories on the 500,000-square-foot Convention Center floor will be for sale. Many are within the price ranges of most show-goers, such as jetboats, personal watercraft, kayaks and canoes.

Others are probably not, such as this year’s Queen of the Show – the 46-foot Viking Billfish, built about 25 miles up the Garden State Parkway in New Gretna, and powered by twin 800-horsepower diesel engines.

The Captain’s Table dinner gala returns to the Convention Center floor from 6 to 9 p.m. Thursday, Feb. 27, and will feature such delectables as pasta alla puttanesca with broccoli rabe; shrimp and grits; sweet potato pancakes with pulled pork; smoked fish dishes, and – among the vegetarian options – jackfruit (a kind of fig) sliders. There will also be wine tasting and an open bar as part of the $125 ticket.

Since its founding by late attorney James Cooper in 2015, the gala has grown into one of the biggest annual benefactors in a mission to make sure children in Atlantic, Cape May and Cumberland counties are properly nourished. The gala mutually benefits Let Us Eat, Please (visit LetUsEatPlease.org) and the Community Food Bank of N.J. Southern Branch (CFBNJ.org), the latter of which is in its 45th year helping to nourish the underprivileged.

“No one should have to go hungry in our great country, but unfortunately it’s a reality that a lot of families in our area are faced with food insecurity, often for reasons that are no fault of their own,” says Chef David Goldstein, a Community Food Bank board member and past president of the Professional Chefs Association of South Jersey. “The Let Us Eat program and the Food Bank have been working together for a long time, and events like this can really help make a huge difference.”

Grade-school students from Galloway Township hand-crafted candy dishes and dog bowls to be sold in support of the gala, and hospitality-industry students at Atlantic Cape Community College and Atlantic County Institute of Technology will be serving gala patrons on Thursday evening.

“I think the fact that kids are chipping in to help other kids in need is really a remarkable part of all this,” Goldstein adds.

While merely a happy coincidence, Twiggy the Water-skiing Squirrel – which will be making its Atlantic City debut at the boat show – also turns 40 years old this year.

Owner and handler Chuck Best Jr. will be bringing Twiggy #9 – a squirrel’s life expectancy is significantly less than 40 years – to the show along with Roxie, a chihuahua-dachshund mix who serves as Twiggy’s lifeguard.

The original Twiggy was a rescued juvenile squirrel that Lou Ann and Chuck Best Sr. took in and trained to water ski from a remote-controlled boat. Every other squirrel employed in the act has also been a rescue, the newest earning status as the mascot for the National Safe Boating Council.

“My father drowned (in 1997, in an effort to save his father-in-law from drowning), and I was the one who pulled him from the water,” Chuck Best Jr. says. “So for me it’s extremely important to promote safe boating and wearing life jackets on the water, especially for kids, just like Twiggy always does.

“Last year we partnered with the National Safe Boating Council, and this year Twiggy became the Council’s new mascot.”

Show-goers will have the opportunity to meet Twiggy personally.

“They’re super friendly,” Best says. “Once they become pets, they love the attention.”

How much: Tickets are $17, and free for children age 12 and under with a paying adult. Tickets are $5 after 5 p.m. on Thursday only. The Feb. 27 Captain's Table benefit dinner gala is $125 per person and includes admission to the boat show.

ATLANTIC CITY — When the Atlantic City Boat Show returns Feb. 26 to the Convention Center, the annual Captain's Table fundraiser will also be …