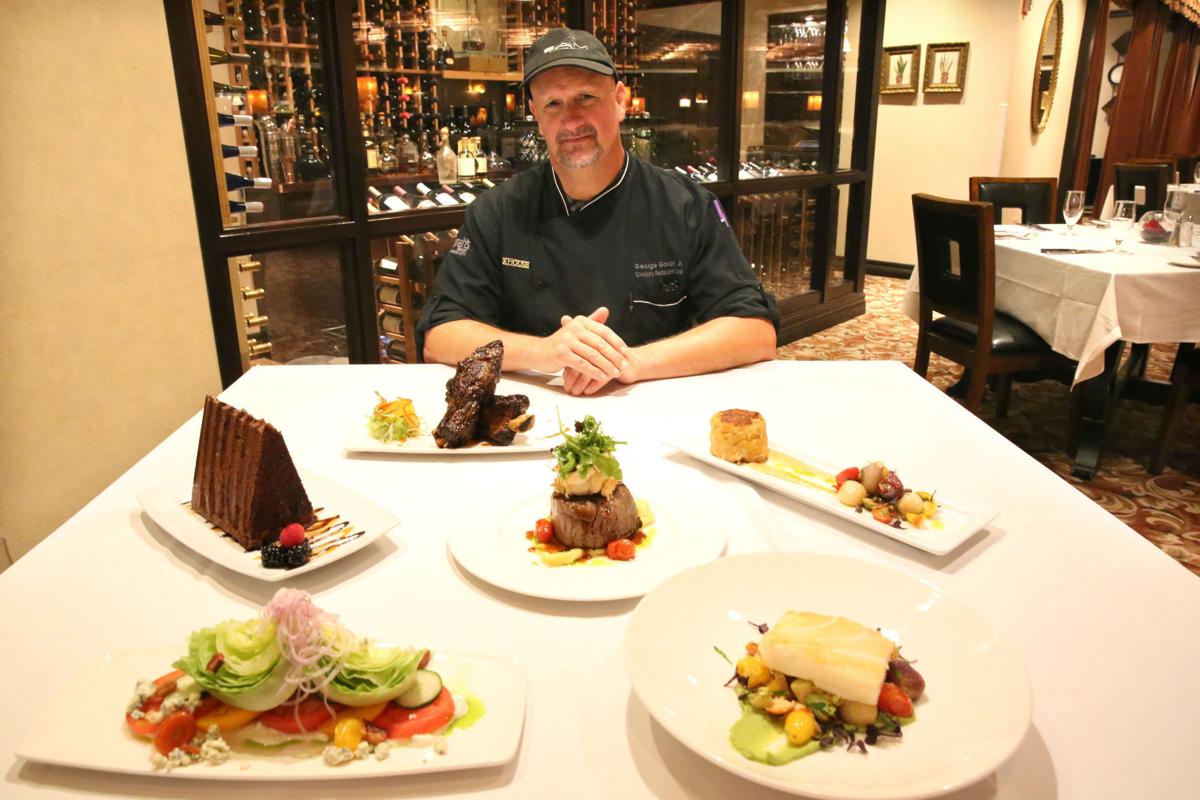 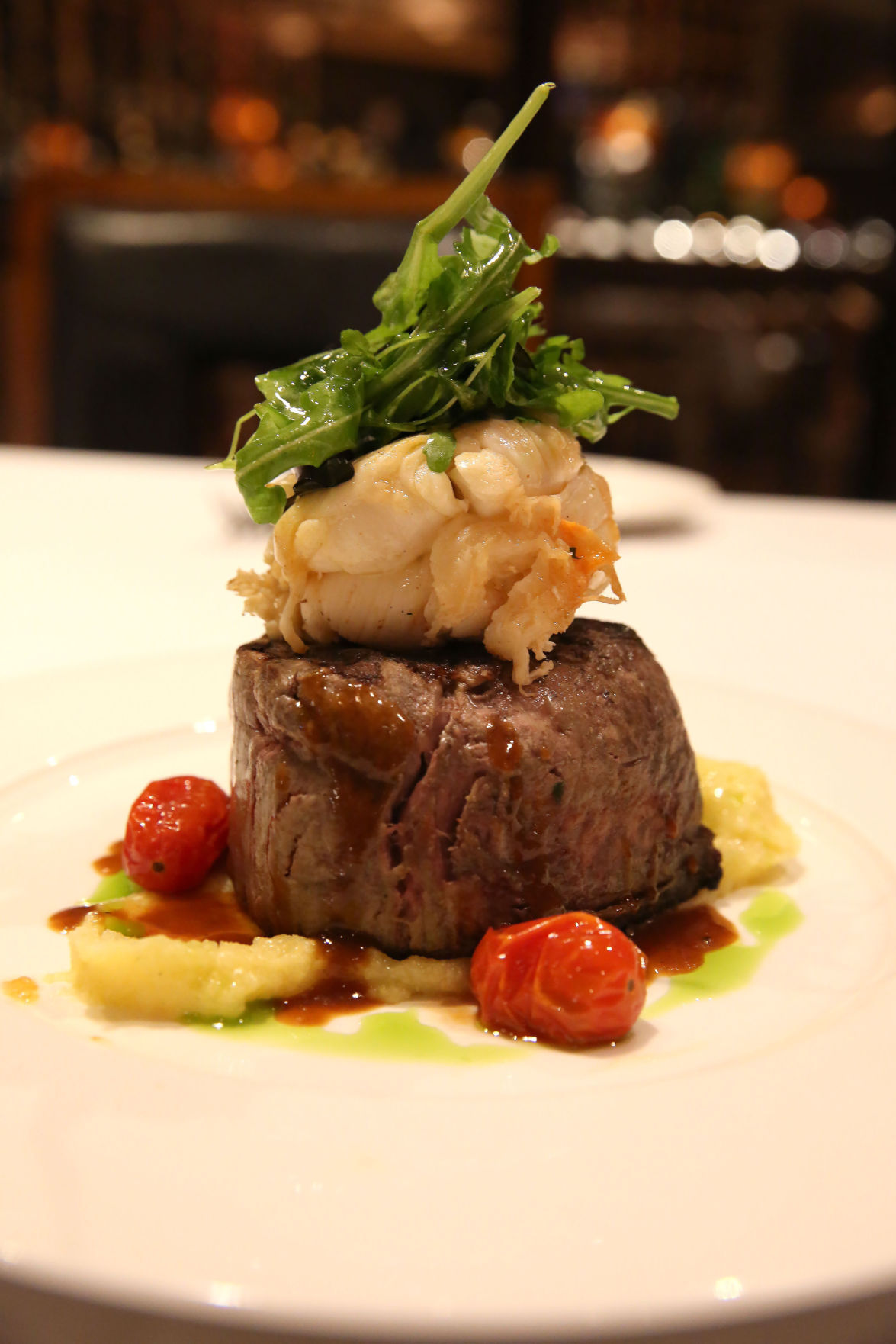 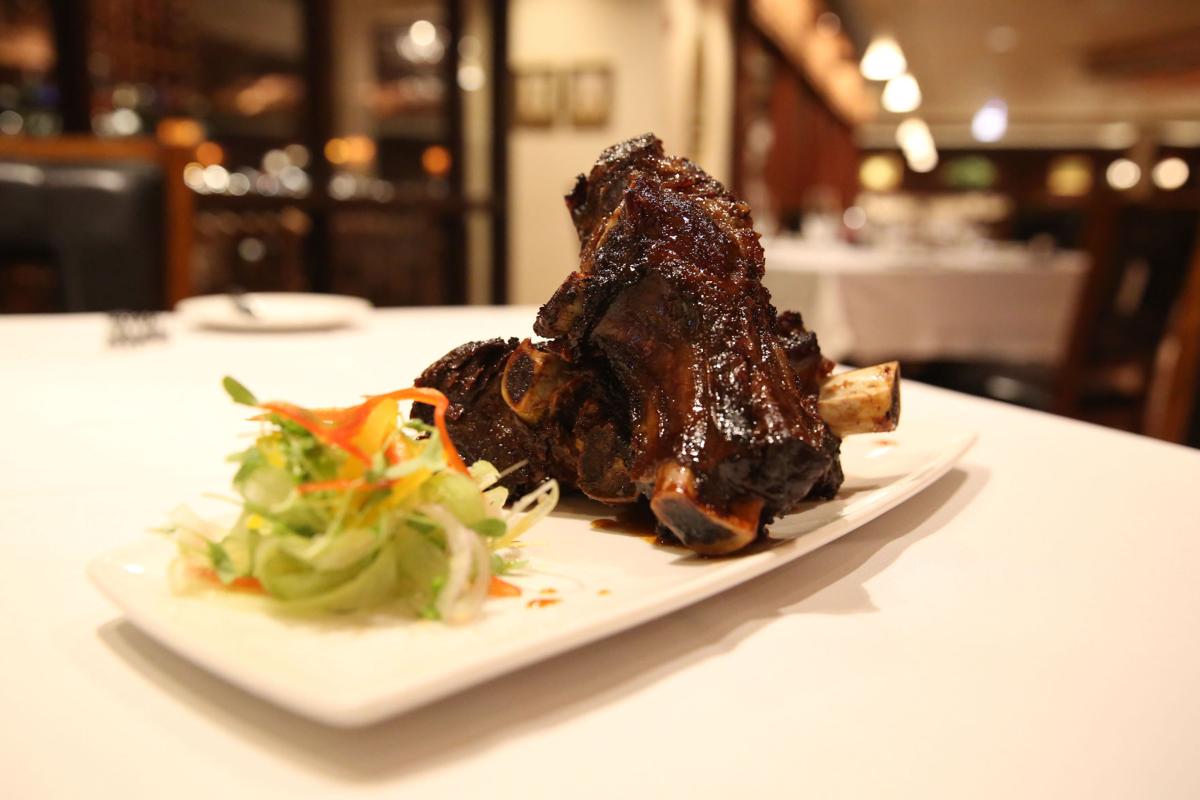 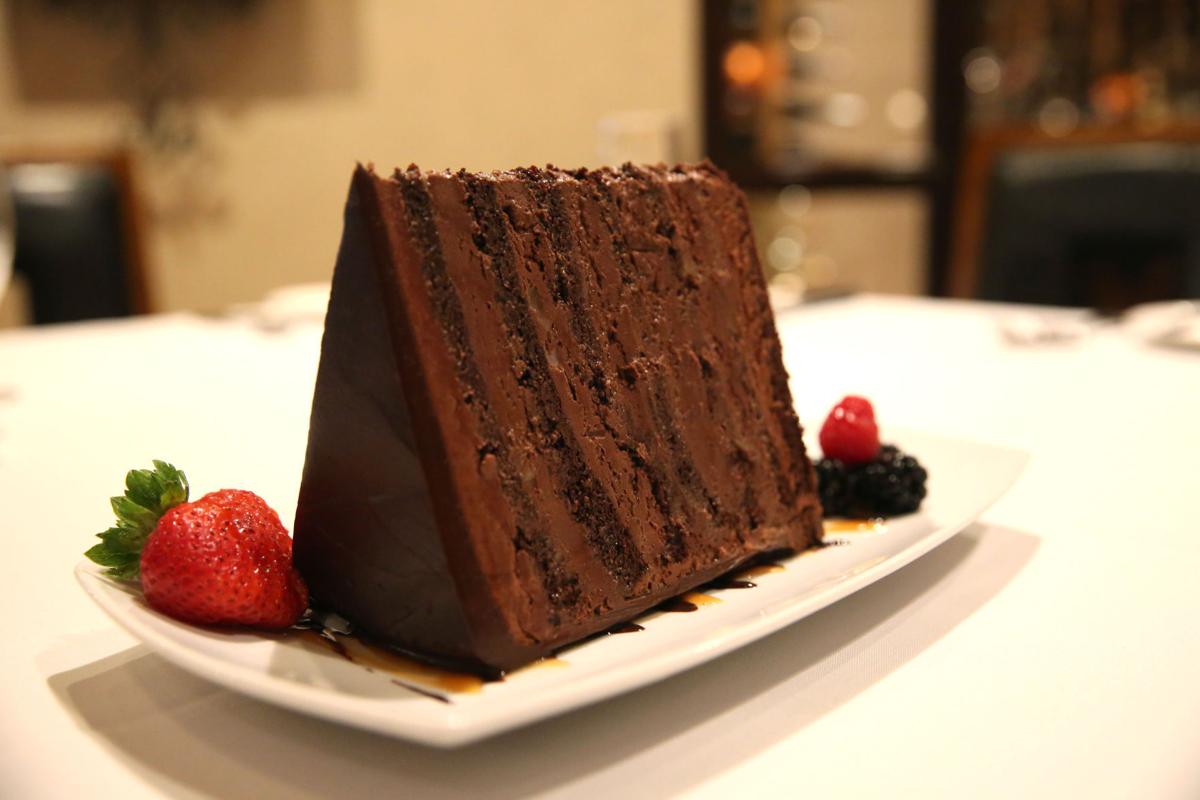 But for those in the know, the chef behind the simply titled The Steakhouse at Harrah’s Resort can cook and design a menu as well as any of the chefs behind all of those places. His name is George Galati.

If the name rings a bell, it should. He was “Big George” on Chef Robert Irvine’s Food Network hit “Dinner: Impossible,” and he served as executive sous chef at casinos including Caesars and Resorts before helping launch Guy Fieri’s Chophouse and Gordon Ramsay’s Pub and Grill.

But now, he has his own kitchen at The Steakhouse, and Harrah’s culinary management team has been smart enough to let him basically do what he wants. The result is the best steakhouse Harrah’s has offered in years, possibly the best since the casino opened in 1980.

“When they hired me, my goal was to make this an authentic steakhouse again with my twists to make it exciting,” Galati says. “For me, a steakhouse is about big, oversized presentations. Sure, we have some beautiful fish and vegetarian and chicken dishes, but this place is about big, hearty plates.”

Galati is taking classic steakhouse dishes and putting his creative, modern spin on them. Start with the raw bar, where you can build shellfish towers by the piece including current offerings such as clams ($2) from Willis Wharf, Va., Blue Point, Rome Point and Cape May Salt oysters ($3) from Long Island, N.Y., Narragansett Bay, R.I., and Cape May, respectively; and poached chilled shrimp ($3).

Even though there are only four appetizers on the menu, good luck choosing from two classics transformed by Galati: baked clams ($19), Galati’s indulgent take on clams casino featuring littlenecks shucked to order and stuffed with roasted breadcrumbs, peppers, onions and Neuske’s bacon; or the Oysters Rockefeller ($21), our 50 Bites + choice this year with spinach, Pernod, Bearnaise sauce and bacon dust.

A regular appetizer special features a huge chunk of pork belly slow braised to perfection and glazed with honey cider, but if you are going to get one thing on the menu, the hands-down, undisputed champ of Galati’s recent menu is the sweet soy glazed beef ribs, a bargain at $12. Consider it the best Korean-style rib you ever tasted.

“It’s a prime rib bone cured for two days with brown salt and special ingredients, then slow-roasted for 10 hours, coated in rice and potato flour, fried and tossed in my special soy glaze,” Galati says. “Every bite has texture and flavor.”

There are six steaks on the menu ranging from center-cut filet ($48, 8 ounces; $54, 12 ounces) to the 24-ounce prime porterhouse ($65), but Galati’s steakhouse is building a reputation for the Black Angus Prime Rib ($34, 16 ounces, $48 for the bone-in, king cut), a dry-aged hunk of meat rubbed with a secret herb blend and sea salt that is slow roasted for 24 hours served with au jus. It’s so popular that Galati sometimes runs out of them.

“When I got here, they simply didn’t have enough steaks on the menu, so I added the 24-ounce porterhouse, a 12-ounce filet, and a 22-ounce cowboy that is our biggest seller,” Galati says.

Still not sold? How about the Colorado rack of lamb ($63) with honey Dijon glaze and pistachio dust with watercress chimichurri; the Hawaiian Meri ($42) with rustic caper remoulade, roasted shallot and caper berry salad; or the Alaskan halibut ($57) with lobster hash, spring pea puree and ruby red microgreens?

“Every fish we offer is fresh, nothing is farm raised,” Galati says.

And no good steakhouse is worth its salt without great sides, like the signature lobster mac and cheese ($17) and roasted fingerling potatoes ($19) with short rib lardoons, blue cheese, onion and demiglace.

If it sounds like Galati is happy here, that’s because he is. Anyone who knows Galati will tell you he’s always looking to evolve, which means The Steakhouse will get even better.

“This is my home now; I’m not going anywhere,” says Galati. “It’s one of the best jobs I ever had. I love it here and want to make it better and better.”

Between you and me: For the ultimate indulgence, check out the Tasting Menu, where you receive choice of Caesar salad or lobster bisque, and a dessert of New York cheesecake or chocolate fudge cake. The entrée determines the price of your tasting: $39 for 10-ounce prime rib with whipped potatoes and au jus; $59 for pan-seared Alaskan halibut and sautéed Swiss chard and carrot ginger vinaigrette; and $79 for 6-ounce filet with grilled jumbo shrimp, black garlic butter and whipped potatoes.

A Cape May husband and wife allegedly stole numerous donated items from a military veteran's donation bin in Lower Township in August.