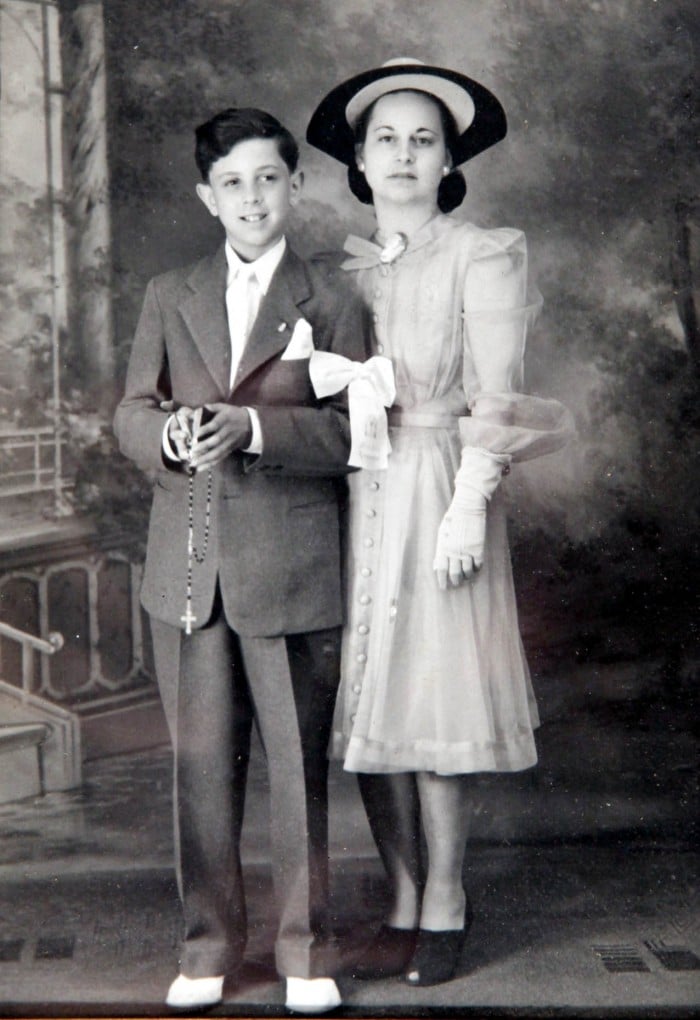 Antoinette Della Penta Francke poses for a family portrait with her son Armond, who died the same day as Sinatra: May 14, 1998. 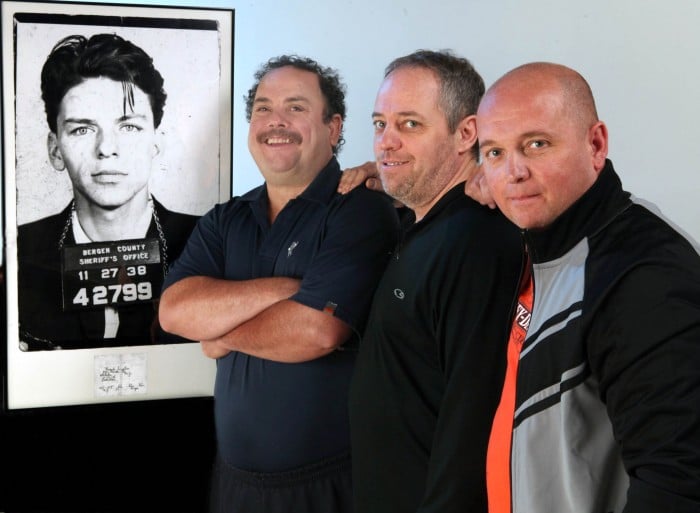 When the Francke family heard that director Martin Scorsese was planning a Frank Sinatra biopic, they knew it was time to spring into action to defend their late grandmother’s legacy.

Antoinette Della Penta Francke was the woman who had as 22-year-old Sinatra arrested in Lodi in 1938. The charges? Seduction and adultery.

Back then, “a female of good repute” who had sexual intercourse with a man under the promise of marriage could file such charges if the man didn’t follow through on his proposal. Eventually, the charge was dismissed after police discovered that Della Penta Francke was married.

Grandsons Armond Francke, 44, of Smithville, and Edward, 55, and Patrick Francke, 53, of Egg Harbor Township say their grandmother’s story was never told properly, whether in investigative writer Kitty Kelley’s unauthorized biography of Ol’ Blue Eyes, or any of the films about Sinatra in which the arrest was depicted. One of those movies portrayed Della Penta Francke as a one-night stand in a parking lot, which really upset the Francke family.

According to the three grandsons, Sinatra — who was not popular yet — and their grandmother dated for more than a year before she pressed seduction charges. When the incident occurred, Della Penta Francke was long separated from her first husband, and she was impregnated by Sinatra and later had a miscarriage.

Coincidentally, the Franckes’ father, and Della Penta Francke’s son, also named Armond, died the same day as Frank Sinatra on May 14, 1998. In fact, Armond Francke Sr. was stationed as a Bergen County sheriff’s officer in the same precinct building that Sinatra was booked. It was also the precinct where Patrick later served as an inmate and noticed Sinatra’s mugshot was still posted.

The Franckes, who are originally from Rutherford, have contacted various members of Scorsese’s team, including his lawyer, agent and publicist, but so far, the Franckes have had no luck in sharing their story with the “Goodfellas” director.

“The real story is that Frank loved our grandmother dearly, and she loved him,” said Armond Francke, who has a framed photo of Sinatra’s infamous mugshot hanging in his family room. “They probably would have even married if it wasn’t for the fact that Sinatra’s mother didn’t like my grandmother. We don’t want anything from anyone except to bring the dignity and respect our grandmother deserves.”

Everyone Has a Story appears Sundays, Mondays and Wednesdays. To share your story, call Scott Cronick at 609-272-7017 or

Antoinette Della Penta Francke poses for a family portrait with her son Armond, who died the same day as Sinatra: May 14, 1998.