The multinational partnership that wants to build an offshore wind farm hosted “another feel-good seminar to show that they care,” in the words of fisherman Bob Rush Jr.

A virtual session, it was attended by roughly 90 fishers, many of whom made comments less pointed than Rush’s, but who nonetheless did challenge the partnership to prove its wind farm would not ruin New Jersey’s vital recreational fishing industry.

Fishers expressed concern that summer flounder, black sea bass, bluefin and other species would be driven off — either by electromagnetic fields that result from underground cables, or by “cold pools” stirred up from the blades of 900-foot turbines.

Officially titled, “Second Recreational Fishing Meeting & Listening Session,” (the first happened earlier this month), the meeting was hosted on Thursday by Atlantic Shores, a collaboration between gas giant Shell and Paris-based EDF Renewables. The partnership has gained preliminary state and federal approval for a project that could see offshore construction as early as 2025, with operations slated to begin in 2027.

Running between Barnegat Light and Atlantic City, wind turbines would be as close as 9 to 10 miles from the beach. Up to 3 gigawatts of electricity could be produced, “a tremendous amount of energy for the state,” enough to power 1.5 million homes, Atlantic Shore s development manager Doug Copeland said at the meeting.

“We are here to answer questions. We are here to get feedback tonight, and I hope that you see that that’s what we’re all about,” Copeland said. The virtual gathering, he added, was an important piece of “data information” in a multi-year, multi-faceted study of the wind farm’s site — 183,000 acres of federally-leased U.S. territorial waters.

But Copeland was unable to answer one of the anglers’ first questions: How many turbines will be built?

“We don’t have an official number we can share,” he said.

In response to a Press email, Atlantic Shores spokesperson Jessica Dealy said the number hinges on the state Board of Public Utilities’ wishes.

“We send them options for sizes within our bids and they determine how much power they’d like to purchase and by whom after evaluating each choice,” Dealy wrote.

Copeland was more expansive on whether the wind farm would disturb old shipwrecks, which tend to attract fish, and where fishermen love to try their luck.

“The vessel wrecks that are out there, we do avoid them ... including a wreck of a vessel where many of you have fished, a ship that was carrying cars to Cuba back in the ‘50s. ... I think the cars are still scattered around the seafloor. So if you’re looking for a classic ‘50s Chevy, it probably is off the coast there.”

Atlantic Shores already has some idea about where their turbines need to go, but not quite enough, said Capt. Adam Nowalsky, one of two anglers whom the partnership has hired as paid liaisons to the fishing community.

“We as fisherman need to be able to provide the information to Atlantic Shores and say, ‘Hey, if we can move a turbine over a little bit in this area, we can avoid this sensitive bottom,’” said Nowalsky, speaking hypothetically. “‘If we can avoid running a cable through this area, that would be beneficial, and would mitigate the impact on the fishing community.’”

Some anglers revealed both a deep knowledge of recreational fishing areas and a belief that wind farms off the New Jersey coast are inevitable.

“I think this project is going through no matter what, so how can we make this project better in some areas?” asked Capt. Gregory Cudnik, of Long Beach Island. He hoped “a prime fishing area” off Barnegat Light would not be disturbed, even if it meant moving the wind farm a bit to the south.

“Why not take an area or multiple areas within the farm site and work with outside groups to add/construct smaller productive reef sites to support the fish habitat that is being disturbed by the project?” asked Chris Judge of Tuckerton.

The responses to many questions, comments and suggestions were often either some variation on Copeland’s “we very much appreciate that feedback,” or detailed assurances that whatever concern being raised has been studied, and shall be studied even more.

Typical of the latter was the following on environmental studies of wind farms elsewhere — in the North Sea, and off Block Island in the state of Rhode Island.

“We have reviewed the North Sea literature,” wrote Atlantic Shore’s Ruth Perry, on the video conference’s chat function. “That information, along with other studies conducted in the U.S. (Block Island) are part of our desktop analysis. All these studies, which are linked in our FAQs, do show which species are sensitive and which species would not be sensitive to EMF (electro magnetic fields). We are also in the process of designing pre-construction monitoring studies that will monitor fish and changes in fisheries around our cables.”

In an interview, Rush, who owns Starfish Boats in Sea Isle City, put the matter differently.

“They don’t have a plan,” said Rush, a frequently-quoted critic of the wind farms planned for much of the Northeast coast. Or rather, he added, “Their plan is to build it, and see how it’s going to affect us.”

He used Thursday’s platform to seek guarantees that Atlantic Shores would not destroy the state’s recreational fishing industry, which he estimated is worth $1 billion — and that if the fishing industry were harmed, anglers would be financially compensated.

Atlantic Shores did not offer this guarantee.

Oversight of wind energy and fisheries should calm overblown fears

An impending big change about which too little is known is sure to give rise to worry and fear. That seems to be the case with state and indus… 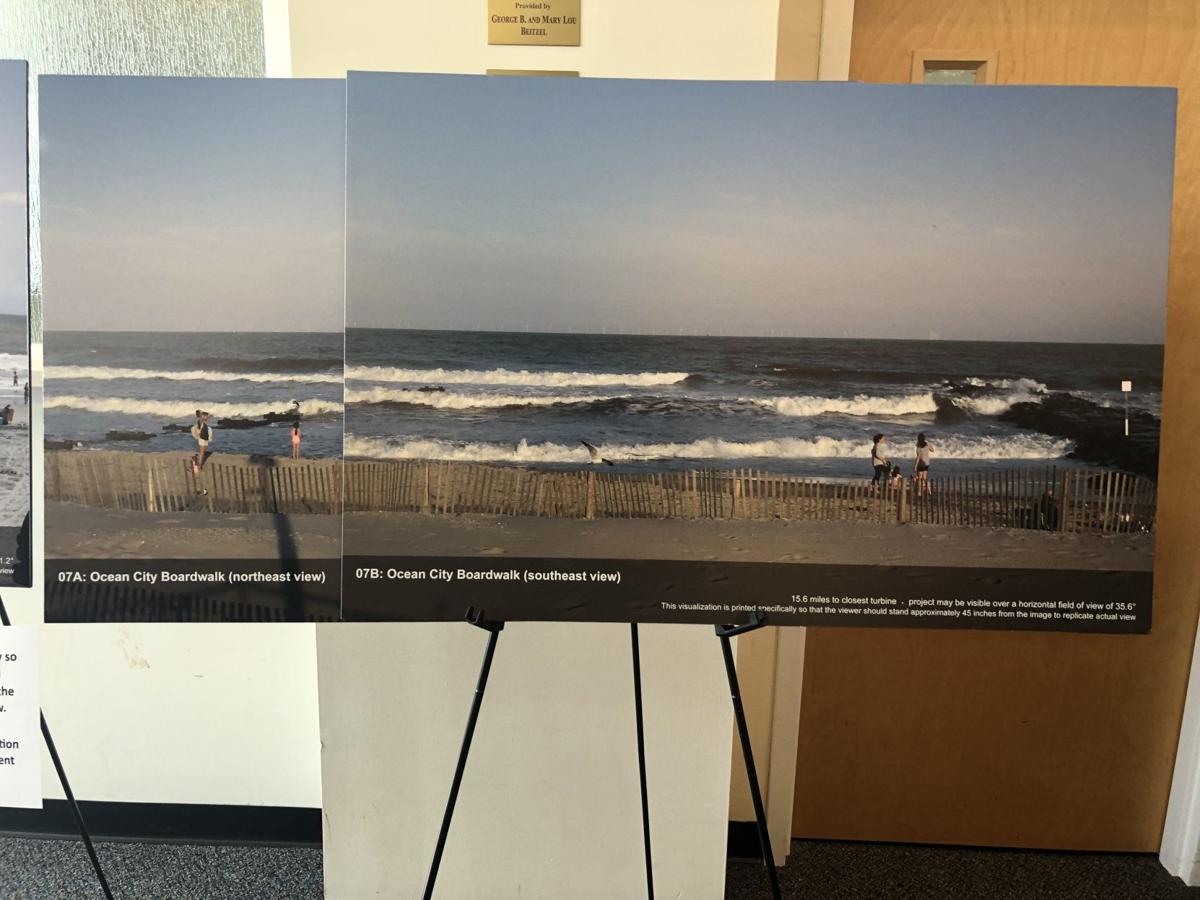 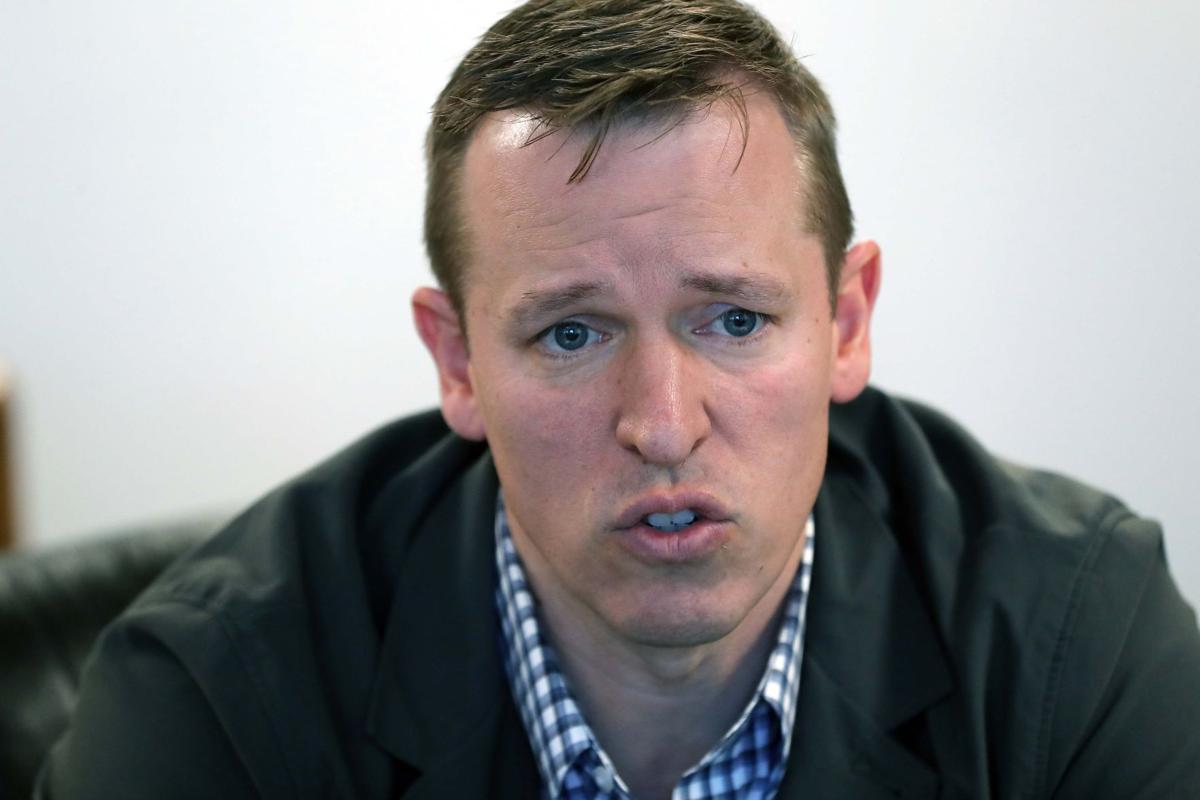