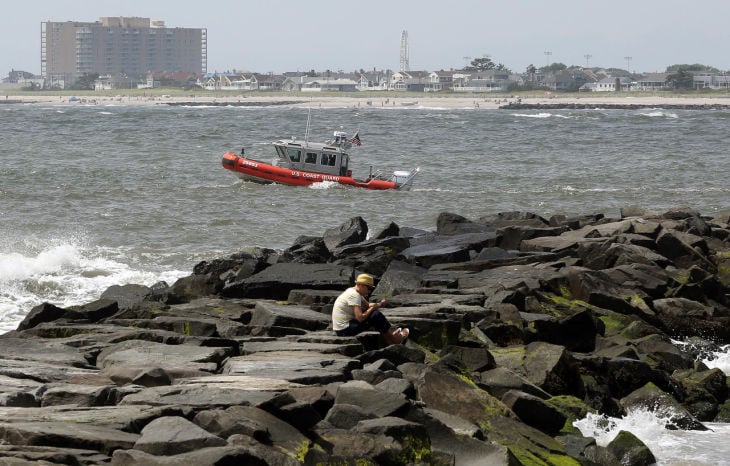 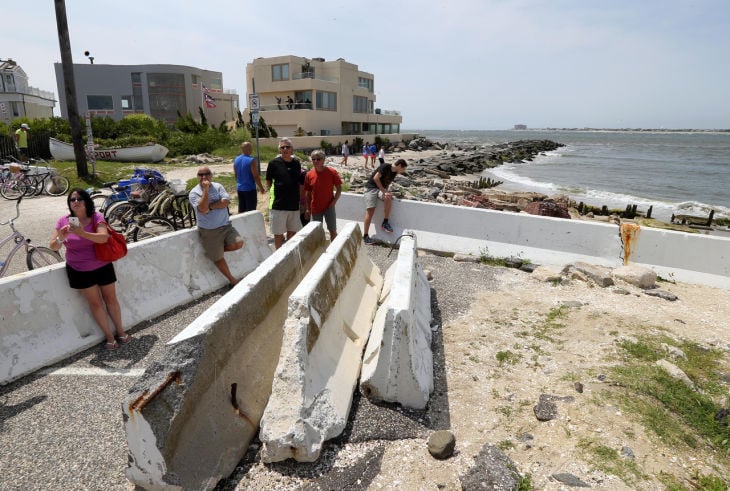 An Egg Harbor Township man reported missing after his pontoon boat hit rocks in Longport is believed to have staged the incident, according to a police flier.

Andrew Biddle, 45, and his employer are accused of using Professional Boat Sales, Service and Storage in Egg Harbor Township to deceive people and steal money.

Biddle and Tracy Blumenstein are powerboat partners who have broken records nationally and internationally in speedboat racing. But the two also broke laws together, according to 13 criminal complaints between them.

Blumenstein, who owns the business, was arrested in February on theft and fraud charges.

Biddle, who is the business’ manager, faces nine charges in seven complaints, including selling a boat and trailer without repaying the owner, lying about the true cost of items sold and taking a down payment for a boat never provided.

All of the complaints are signed by Egg Harbor Township police Detective Ray Theriault, who this week put out a law-enforcement-only flier that alleges Biddle staged the boating accident and is believed to be “alive and well and on the run.”

Andrew Christopher Biddle “is current U.S. and European offshore boat racing champion and has contacts throughout the country and abroad and could be anywhere,” reads the flier obtained by The Press of Atlantic City.

When asked about the charges, Theriault said: “We are proceeding with the investigation as we would if he hadn’t been reported missing.”

Biddle was reported missing July 20, after a pontoon boat hit the rocks near the bay on 11th Avenue.

Justin Belz, 23, swam ashore and called police, telling them Biddle had also been on the boat. Belz — whose Facebook page indicates he also works for Blumenstein’s company — did not return messages seeking comment.

No charges have been filed against him in the case.

“We have no proof (Biddle is) dead at this point,” Theriault said.

Biddle may have run before, according to a post by the Mainland PBA Facebook page made on a Web story reporting the accident.

“It is believed Mr. Biddle is alive and well and just running from his current legal problems like he has done in the past,” the post reads.

Neither Biddle’s attorney nor the one for co-defendant Blumenstein would comment on the case.

“This is the first I’ve heard of it,” Biddle’s attorney, Mark Roddy, said when asked about the allegations.

In response to the flier becoming public, Egg Harbor Township police released a statement pertaining to the possibility Biddle fled.

“This scenario must be considered, and the Egg Harbor Township Police Department’s Detective Bureau is obligated to investigate and prosecute Mr. Biddle for the aforementioned criminal acts until Mr. Biddle’s whereabouts are officially determined,” Detective Capt. Christopher Ruef wrote.

Meanwhile, the State Police search for Biddle in relation to the accident is ongoing, a spokesman said.

Bail for Biddle has not been set, the flier states.

Anyone with information on his whereabouts is asked to call Egg Harbor Township police at 609-926-4051.

Egg Harbor Township fugitive turns himself in after staging disappearance

An Egg Harbor Township man who allegedly staged a boating accident to escape criminal charges has turned himself in.

The Egg Harbor Township man who allegedly staged his own death in a boating accident to escape criminal charges posted bail Friday afternoon.

An Egg Harbor Township man who allegedly staged a boating accident to escape criminal charges has been indicted again.