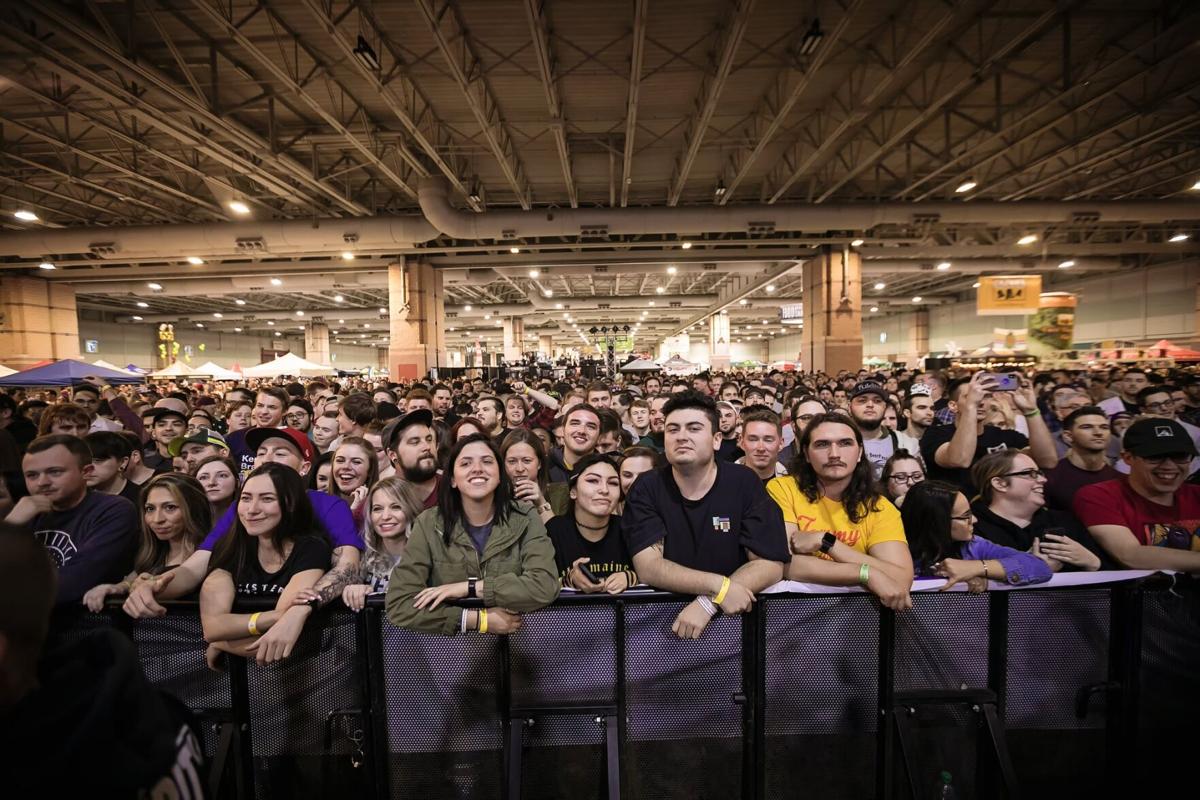 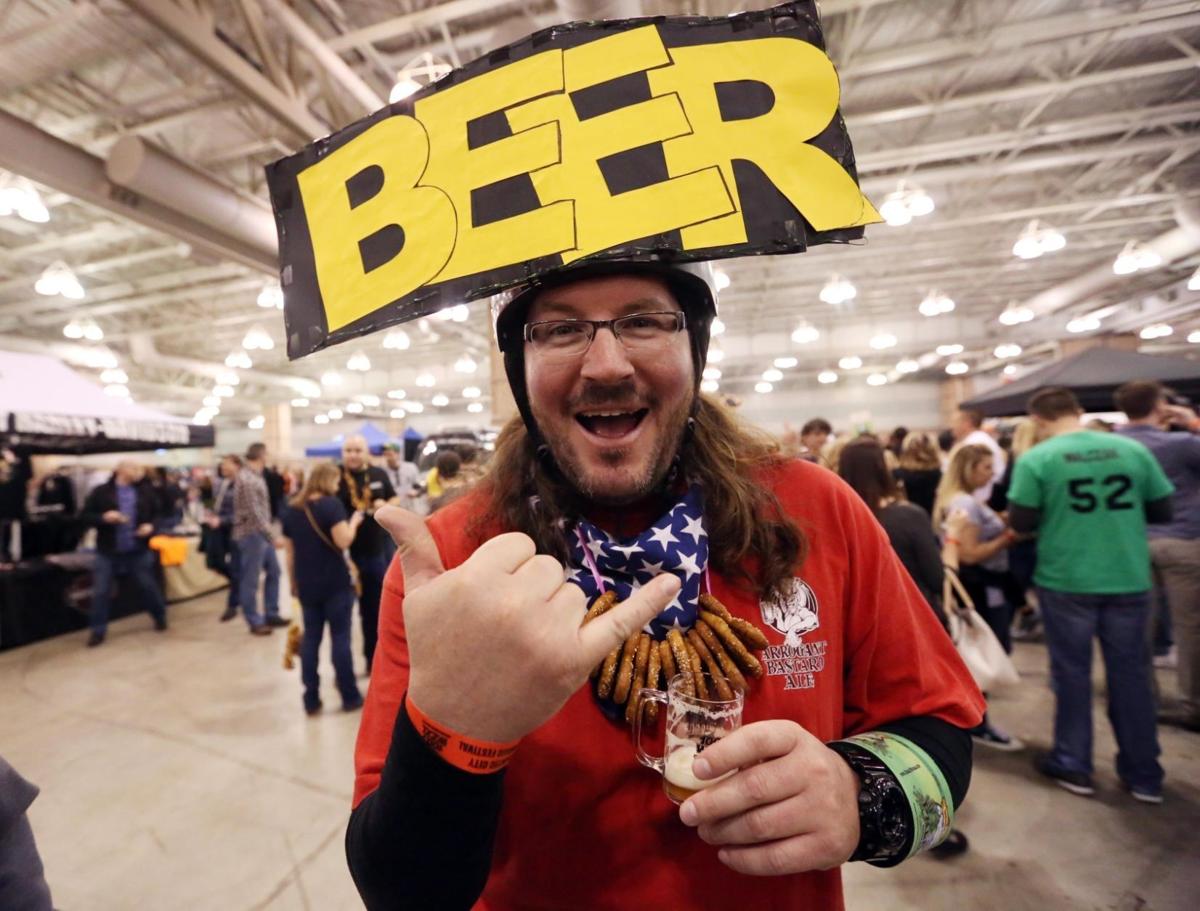 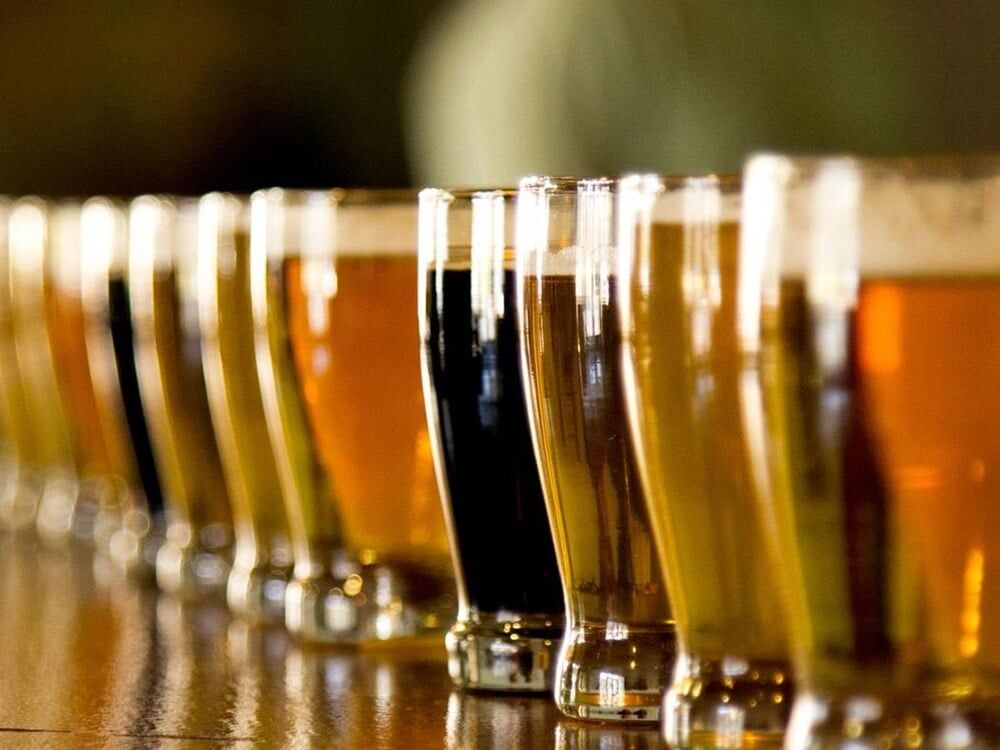 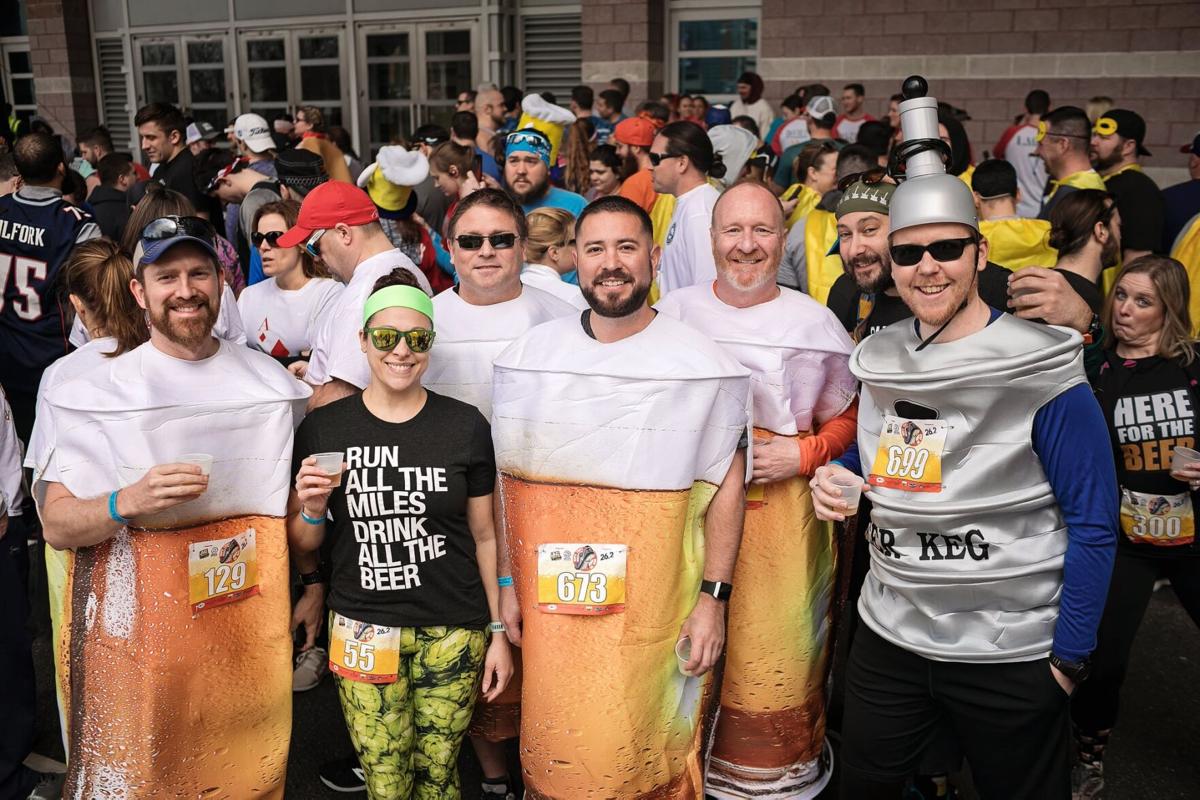 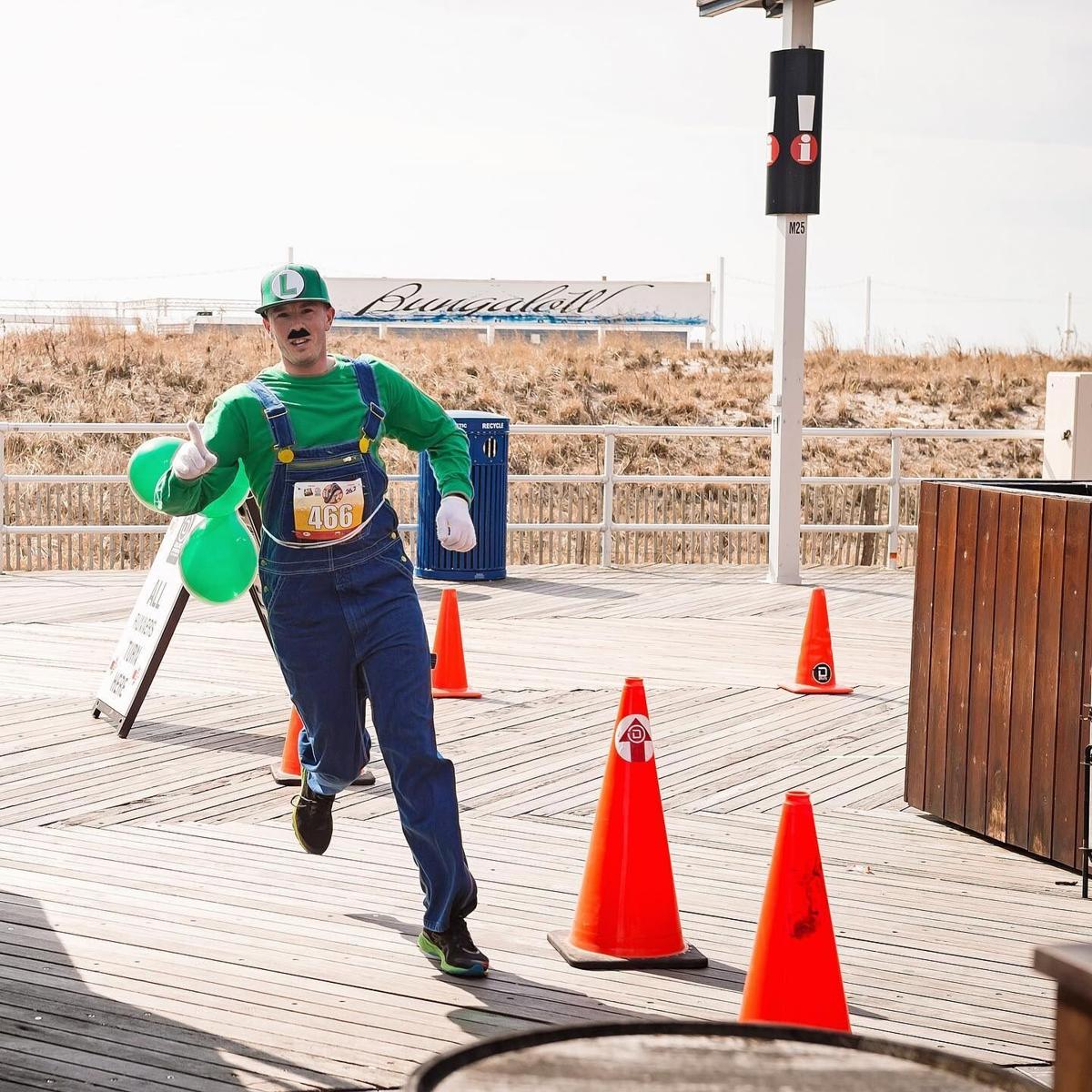 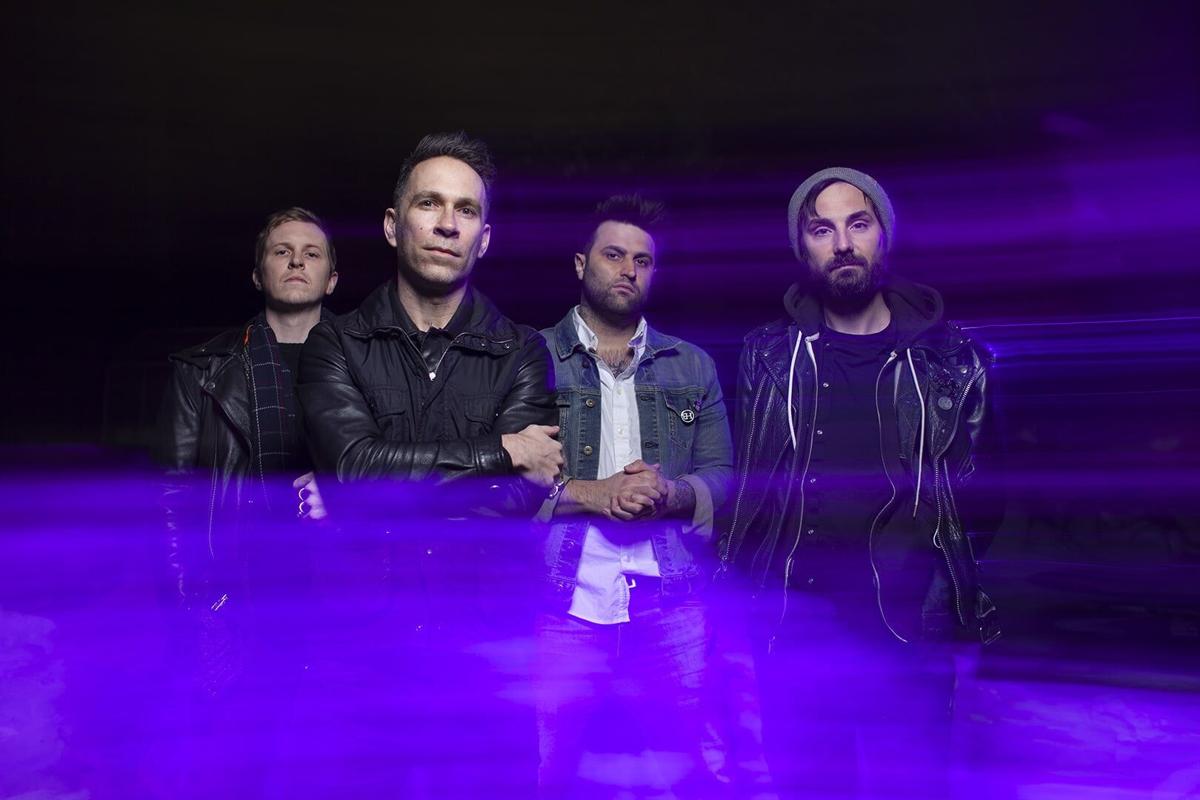 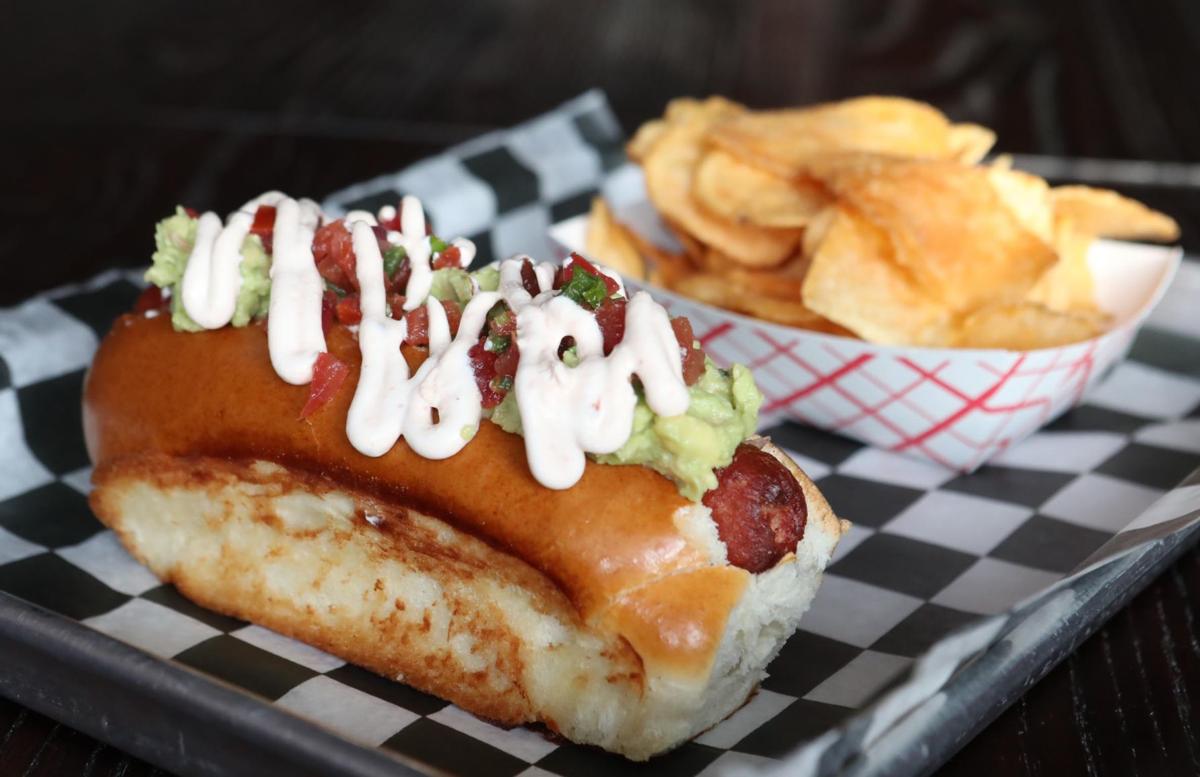 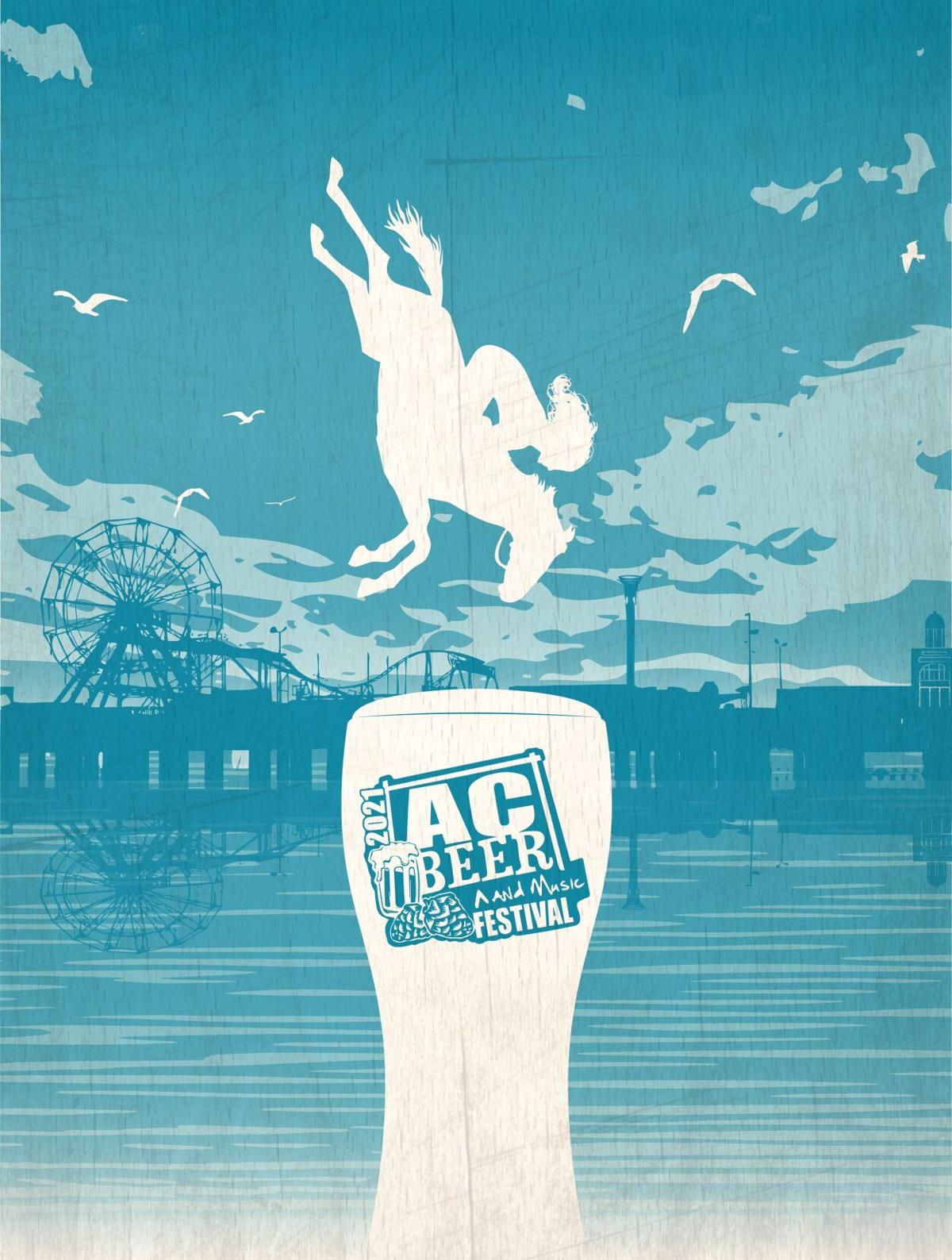 Most people thought Jon Henderson was crazy when he began insisting that his company’s flagship event, the Atlantic City Beer and Music Festival, was going to take place in early June.

After all, the event — along with many others produced by his company Good Time Tricycle Productions — had been postponed from its original date back in 2020 and was even moved to a completely different location, switching from an indoor space at the Atlantic City Convention Center to an outdoor one at Bader Field.

With the constant waves of the pandemic rising and falling all year, it seemed almost silly to think that the state-mandated restrictions on an event this large would be loosened enough for it to be able to take place at all or anytime soon. But the impossible happened, and over the course of three sessions Friday and Saturday, June 4 and 5, thousands of people will gather for the sole purpose of enjoying great beer and great music.

“It’s almost like I planned it, right?” says Henderson with a half-gloating chuckle. “Since January, I kept saying, ‘June is going to be a thing.’ And everybody said I was crazy. Well, what are we doing in June? We’re doing a thing! But yeah, it’s really exciting. I mean we’ve got 14,000 tickets sold. Now we just need Mother Nature to cooperate.”

The BeerIf you are a fan of the suds, you are in luck. With more than 120 breweries to sample from, The Atlantic City Beer and Music Festival is a beer-lover’s dream. You will find brews from the big names like Sam Adams, Dogfish Head, Founders, Goose Island, Guinness and Victory, as well as lesser known craft brews such as Oskar Blues, Round Guys, Schlafly and Nickel Brook Brewing, just to name a few.

But perhaps the best part about the beer selection at the Festival is that the majority of the breweries are local, Jersey-based companies, many from right here at the shore. Some of the Jersey brands you will encounter include Somers Point Brewing Company, Ludlam Island, Mudhen, Hidden Sands and Devil’s Creek, among others.

Henderson had some advice for those who may be overwhelmed by the sheer number of breweries and unsure of how to plan their attack.

“It’s not a sprint. It’s an opportunity for discovery. Have a true beer experience and step outside of your wheelhouse a little bit. Don’t just walk through the gate and hit the first breweries you see. Walk around. Take it all in. Find something that might be new to you. And don’t use this as an opportunity to get blasted, because that would be just a waste. The people that brew them put a lot of time and craft into producing these beers.”

And just to help steer you in the right direction, Henderson gave us his personal “do-not-miss” list for this year’s Beer Fest.

“I definitely think you should check out Alternate Ending, Platform Beer Co., Collective Arts, South 40 and Angry Dad,” he says. “There are quite a few new breweries there this year, which is really exciting.”

The MusicIt wouldn’t make much sense to call it The Atlantic City Beer and Music Festival if there wasn’t plenty of music to go along with the beer. The lineup this year is as strong as ever, with veteran punk and ska bands like Less Than Jake, The Suicide Machines and Face To Face and alt-rock bands such as Concrete Castles, Knuckle Puck, Tie Goes To The Runner and more — split between the three sessions.

But perhaps the most interesting band you won’t want to miss at this year’s festival is Forgivers, a brand-new, four-piece ensemble formed last year by bassist Alex Levine and guitarist Alex Rosamilia of The Gaslight Anthem, which has been on an extended hiatus for much of the last seven years, making the idea of working together on a side project all the more tempting for Levine and Rosamilia.

Forgivers will perform at the third session of the Festival, on Saturday night. Their sound is big — thundering bass and drums paired with soaring, sing-along choruses and icy, sometimes dissonant guitar lines that clearly tip their cap to the best work from bands like The Cure and The Smiths. The hook on their latest track “Pretty Boys” is superb and won’t be out of your head for days.

But the most unique thing about their performance at The Atlantic City Beer and Music Festival is that it’s also their first-ever, official live performance as a band.

“This is the exclusive debut for Forgivers, which is really cool because it’s at a great festival and not some dingy bar or something,” Levine says.

Fans of The Gaslight Anthem will find a bit of common ground here, as the same respect for melody and songwriting chops are obvious in Forgivers. What’s noticeably different is the vocals. Gone is the gruff tone of Gaslight singer Brian Fallon and in its place is the breathier, almost British-sounding delivery of singer Jed Winoker, formerly of The Ratchets. The foursome is rounded out by drummer Trevor Reddell.

“The first time we all rehearsed together it just felt magical,” Levine remembers.

The VenueWhile it may seem like a simple concept to bring a normally indoor festival to an outdoor location, there’s a lot that goes into it behind the scenes.

“You have to bring everything in, from power to lights to water — everything is being brought in for this event,” Henderson notes. “It’s not like at a convention center where you walk in and there is water and power right there. So it’s significantly more work.”

But ultimately, in a year that has seen a pandemic sweep through the globe, the efforts to switch things to an outdoor venue are likely to pay off – even if it’s just for the peace of mind of the average attendee. Bader Field is not only outdoors, but its footprint is nearly three times the size of what the Convention Center offered. That adds up to a lot of open air and a lot of space to social distance while still having a great time.

“Let’s face it, COVID is still out there. But the area at Bader Field is almost 1.4-million square feet, with long runways, so there will be a lot of space between everything,” Henderson promises.

But for the purists who have attended the Fest year after year, will it still feel like home?

“Of course it’s going to feel a bit different than your normal Beer Fest,” Henderson says. “For me, it’s almost like starting fresh. People have always said, ‘This would be a cool as an outdoor festival.’ And they’re probably right. So we are going to get to see just how cool of an outdoor festival it is.”

So with all of the excitement around the new outdoor concept, is there a chance that Bader Field will become the permanent home of the Atlantic City Beer and Music Fest?

“I’m not adverse to the opportunity to be outdoors, but the stars would all have to align. Because traditionally, the festival always kicked off the start of the season for Atlantic City in the spring. And now we are moving it ahead three months. We were always very proud of what the festival did economically for the start of the season. So we have to weigh that option, as well. There is some currency in doing good by the market.”

The GrubIn nearly all aspects, the Beer and Music Festival makes sure to feature brands that are local, and that concept extends to the food vendors that will be onsite as well. And in a foodie town like Atlantic City, that means you’re gonna be eating well.

“We’ve been fortunate to have a great relationships with so many Atlantic County spots. In total we’ve got nine restaurants that are slinging really great grub,” Henderson says.

Some of the restaurants that will be feeding the masses include Vagabond Kitchen & Tap House, Harry’s Oyster Bar, Chickie’s & Pete’s, The Cow and the Curd, Tony Boloney’s, Essl’s Dugout, Josie Kelly’s Public House, Wholly Bowls and Orange Loop favorite Tennessee Avenue Beer Hall, whose menu will feature such perfect beer pairing foods as hot dogs with all the toppings, grilled shrimp skewers with IPA BBQ sauce and, of course, their famous pretzels.

The Other StuffJust because beer and music are the two things mentioned in the festival name doesn’t mean that that’s all they offer. Quite the contrary. In fact you could easily attend the Atlantic City Beer and Music Festival without having a sip of beer or paying much attention to the music.

Some of the unique events offered at this year’s Fest include Laser Tag, a giant game of cornhole featuring 12 x 24-foot boards with full sized beanbag chairs that you hurl across the room, a beer cup derby, a keg toss, a spelling bee and a buffalo wing eating competition. There truly is something for everyone.

“This year we really wanted to add some fun stuff to get people up and enjoying each other’s company again,” Henderson says.

Also returning for the fifth time this year is the Hops Trot 5K, which takes place 10:30 a.m. Saturday, June 5. This 5K run will send racers around town to knock back brews at some of Atlantic City’s favorite watering holes as they run. This year, the event begins and ends at Bader Field just in time for Session 2 of The Atlantic City Beer and Music Festival. And just to add to the fun, costumes are encouraged. The entry fee for the Hops Trot is $100 and includes your ticket for Session 2 of the Beer and Music Festival. To sign up for the Hops Trot go to ACBeerfest.com/tickets.Associate Editor, At The Shore/ACWeekly

How much: Tickets are $65 in advance and $70 at the door if available.

ATLANTIC CITY — “Excited” was the word on everyone’s lips this weekend as more than 15,000 people arrived at Bader Field to celebrate the retu…