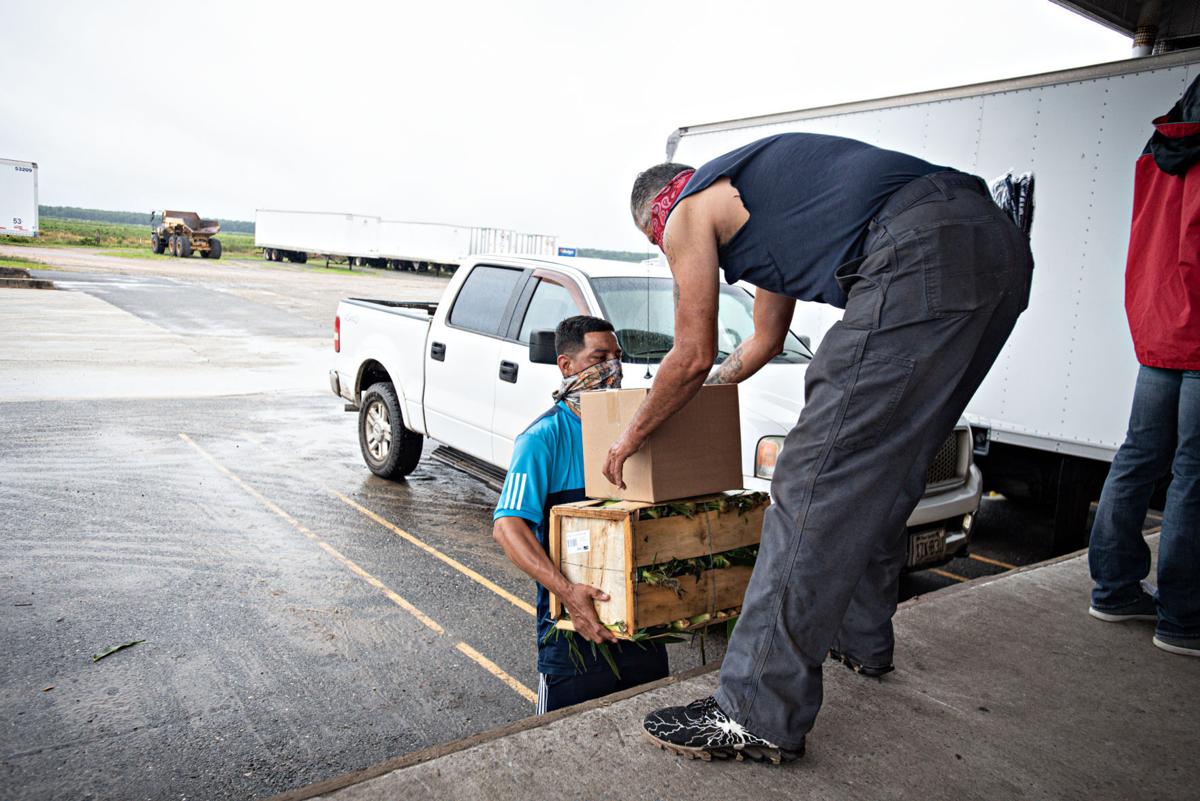 On July 31st, at the Atlantic Blueberry Company’s Hammonton location, The Community FoodBank of NJ holds a food drive for seasonal migrant farm workers who have been impacted by the the pandemic. 600 workers in the region, including workers from ABC, were to receive a box of dry goods as well as harvested corn. Migrant worker at ABC Martin Ruiz Garcia gets a hand from co-worker Felix Nieves, a Hammonton resident.

The Philadelphia 76ers’ Ben Simmons says there is not much to discuss regarding the team’s return to action following a four-month interruption due to the pandemic. ‘There’s not too much else to say about it. I’m ready to go,’ he told the media Friday.

Hammonton food drive helps South Jersey migrant workers: The 25 migrant workers of Pleasantdale Farm were the first of more than 650 to receive food as part of the Community FoodBank of New Jersey’s latest effort to battle food insecurity brought on by COVID-19.

Atlantic City casinos seeing younger crowds during pandemic: Once considered a haven for gray-haired slot players who came by the busload with slim hopes of a big payday, Atlantic City’s casinos have worked toward expanding their appeal to younger visitors and nongamblers.

GOP Senate candidate Singh seeks recount: Hirsh Singh, of Linwood, said he is asking for recounts in all counties of the state and called the July 7 primary “irregular” because it was the first time a primary was conducted mainly through paper vote-by-mail ballots.

West Jersey Football League season will start Oct. 2: The WJFL released a schedule Friday that consists of no divisions and most teams playing opponents in the same county.

5 questions Sixers must answer starting Saturday night: Saturday’s game could be the most important of the eight playoff seeding contests Philadelphia plays.

PHOTOS from a food drive for farm workers in Hammonton

The full sturgeon moon arrives Monday, where does the name come from?

The full moon is a celestial event that captures the minds of many. Maybe it's a stroll on the boardwalk with a loved on. Perhaps it was so br…

South Jersey continues to be in the National Hurricane Center's forecast track cone for Hurricane Isaias, which strengthened from a tropical s…